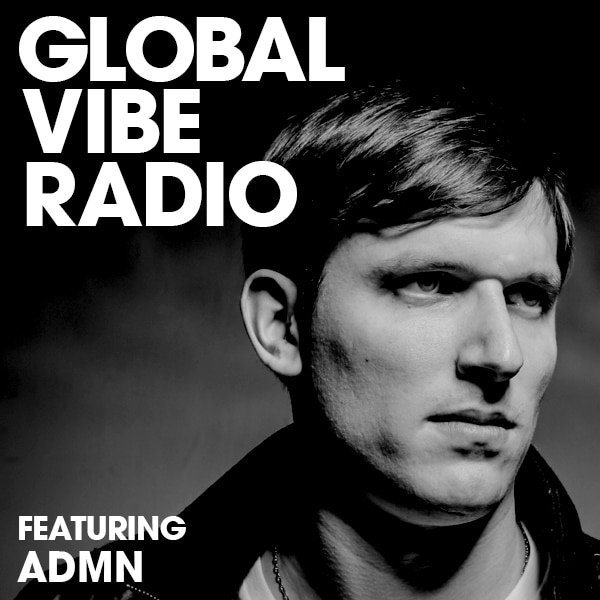 This week’s edition of Global Vibe Radio showcases the sounds of ADMN, a producer and DJ based right out of Detroit that has enjoyed releases on the likes of Audiophile Deep and Anabatic.

Classically trained, Alexander has an innate knack for music and technology. It is no surprise then that he learned to play piano, trumpet and bass guitar all before graduating from high school, then allowing for his extensive training in Classical and Jazz theory and technique to propel his propensity for producing electronic music.

Inspired by the sounds of Detroit, ADMN has shared the stage with acts such as Lee Curtiss, Worthy, Christian Martin, Monty Luke and Kevin Saunderson, and was hand-selected by Paxahau for his debut performance at Movement Electronic Music Festival in Detroit in 2015.

Enjoy the mix below, which you can download for free here, and read on for our chat with ADMN and full track listing.

Hey Alex, thank you so much for the mix! Where did you record this?

My genuine pleasure. I recorded this mix in my home near Detroit, Michigan.

Any standout tracks to look out for?

There are a few in there that make me smile. To be specific, the first tune which is a collaboration with Francois Dillinger and my latest release “Say It Less” with Detroit, MC, Jerome Joyce. Check out the track list to locate them in the mix. (Note: track list at end of article)

What’s your process when putting a mix like this one together?

This depends on my mood and what I feel and may be promoting at the time. I just released a new record with Audiophile Deep, so I took a deep dark dive into my selections. I’ve been writing music with darker undertones as of late, so that’s the direction I chose.

You’re classically trained right? Can you tell us a little about your musical upbringing?

Sure! It all started for me when I was 5 years old. My parents were adamant about putting me through piano lessons, though I didn’t appreciate them at the time. My k-12 years I played the trumpet, taking lessons throughout. I was in my school orchestra, marching band, competed in solo ensemble, even attended Blue Lakes Fine Arts Camp in my earlier years. In high school, I was infatuated with some local rock acts that my friends were a part of which led me to play the bass guitar. In college, I’ve had the opportunity to train with Rodney Whitaker who is the director of the Michigan State Jazz Department which was amazing. The students he taught were all such accomplished musicians, and here I was at the time just learning. It was very intimidating and humbling at the same time. I feel privileged to have been given the opportunity to train with him. Post undergrad I was in and out of rock bands based around Detroit, most notably my last project “Neon Escape”. 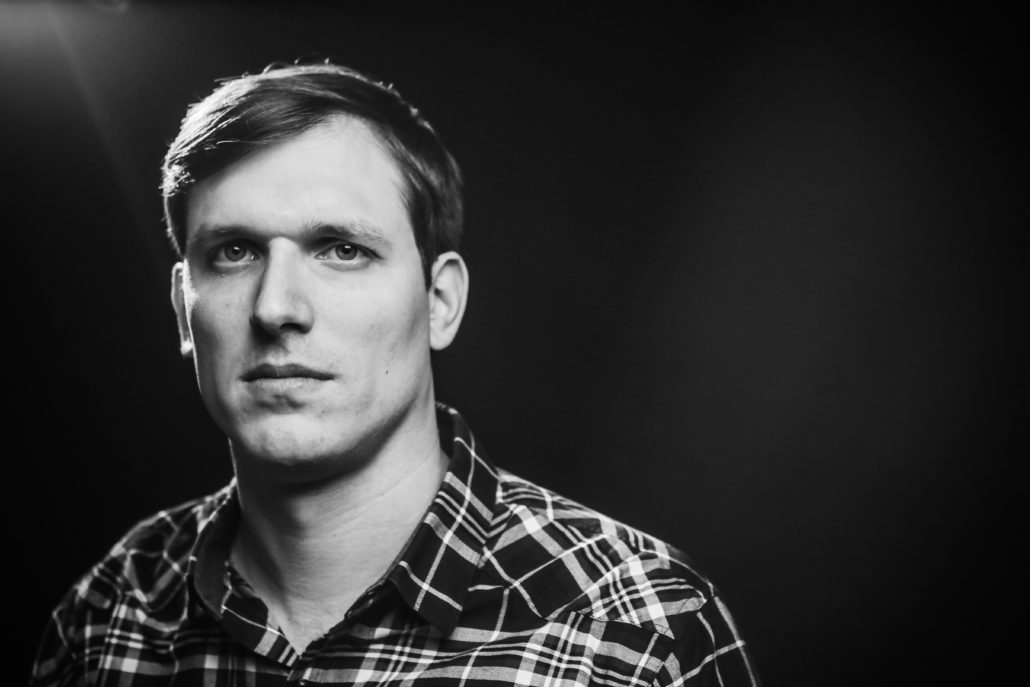 How did that lead you to electronic music?

Electronic music has always been a large part of my life. I’ve been frequenting parties in Detroit since as early as 15 years old. Even during my rock band days, I spent more time going to clubs and raves than rock shows. Before my last rock band folded, I was beginning to learn how to make house/techno and felt the time to make the move was right. I’ve been here ever since.

Did you ever feel like you had to make a choice between the two?

To some respect. Music can be very time consuming. Bands require a lot of coordinating between several people which can be quite daunting. While I love to play music with other musicians, I don’t miss dealing with several personalities one bit. Music is very personal and emotions play an important role in its development. When you are working with other musicians, it’s difficult to keep things 100% professional and not have things become personal.

Is there any specific instrument you know how to play that you feel has helped you most as an electronic music producer?

No instrument in specific. Learning to read music at an early age has given me an edge. Bass guitar taught me jazz charts which is amazing, because just about all sheet music available has those written.

You’ve also worked as an audio engineer, which I imagine has helped you a lot as far as experience in this industry. Do you still do that or are you now fully immersed in the production and DJ side of things?

I’m mostly immersed in production and DJing these days. I do treasure my time working as an audio engineer at Allure Sound (RIP). Having the opportunity to visit and work out of studios like Allure Sound, Pearl Sound and Webb taught me so much signal flow which in my opinion is the foundation of solid Audio Engineering. 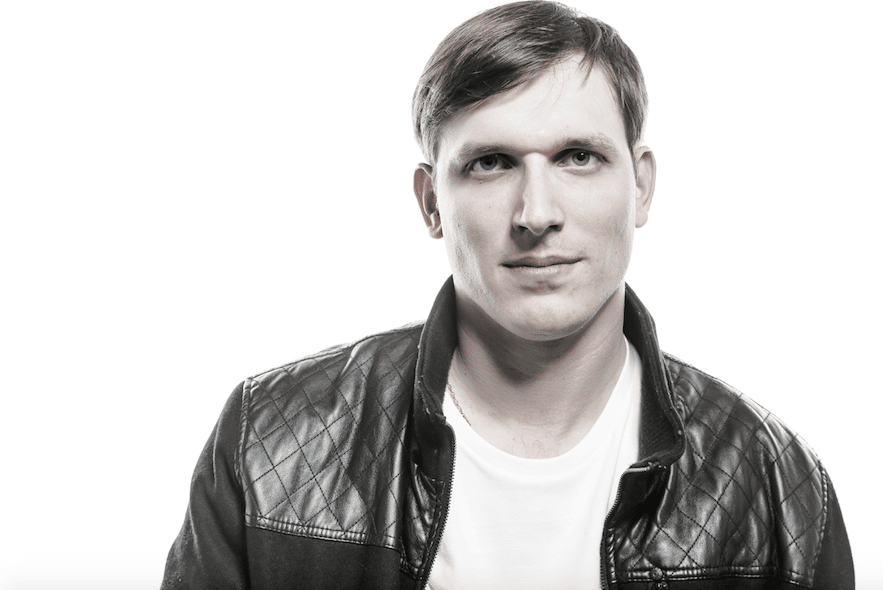 What has been your biggest career accomplishment so far?

This one is tough. Each accomplishment I view as a step in my journey. But since I must choose, I would have to say when I was asked to play Movement in 2015. I’ve been going to the festival since 2000 and haven’t skipped one since. #Lifer

If you were to look back, what do you think you did right that got you there?

Consistency. You’d be amazed at what you can accomplish by dedicating yourself to something a little bit each day.

You just had a release on Audiophile Deep. How is that doing and do you have any other music coming out soon?

Great! This was recently selected as their staff picks. I do have more music coming out on Gettoblaster’s We Jack label, and I am in the process of locking in a release with another great label with a 4 track EP with my good friend Francois Dillinger.

You’re a house artist in the birthplace of techno. Can you tell us a little bit about the current scene in Detroit, what you love the most about it and where you go party when you don’t play?

We are so spoiled here! (laughs) Every weekend we have amazing talent brought in by many great organizations. It’s seriously difficult to make it to everything you want to go to because there is usually someone amazing coming through at any given time. As for the venues where I spend my downtime, I would say TV Lounge, Grasshopper Underground and Marble Bar are at the top of my list.

While we are on the subject of Detroit, it’s a city enjoying a recent resurgence after quite a lot of tough years. How do you feel the city is doing in that respect?

This is a sensitive topic. While the city is enjoying an economic turnaround in its downtown area, it doesn’t come without consequence. What makes Detroit great are the people and its businesses that made it through the hardships. Unfortunately, many of those affected are being pushed out of their homes and businesses due to the new developments.

Do you feel techno and electronic music in general can play a bigger role in the city’s economy and subsequent expansion in the future?

Absolutely! Aside from Movement being a large money maker for the city, there is talks of Underground Resistance teaming up with a drag racing outfit to redesign the city’s airport into a race track and improving laws to make the city more club friendly.

My We Jack EP and hunker back down in the studio to prepare my 2018 catalogue. Going to write, write write!!!

And what about 2018, any goals you’ve set yourself for that?

Check out www.learntosweat.com for more information!