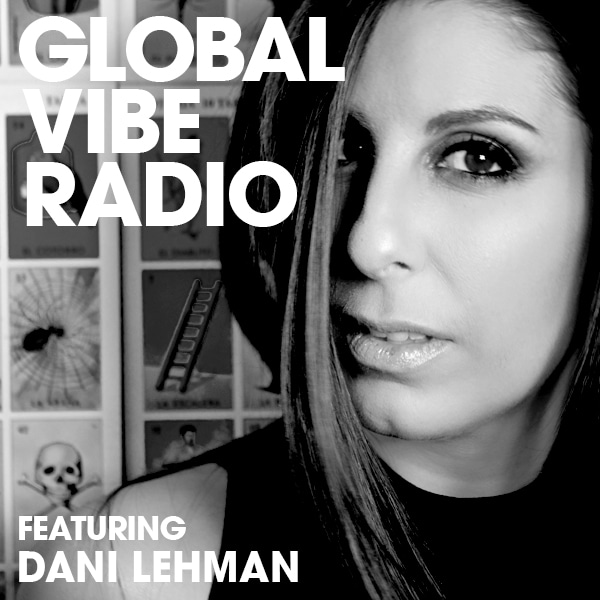 Based in Detroit, Dani has been making a name for herself in the United States techno scene as a fine track selector with a penchant for dark, heavy bass lines and an unmistakeable groove that gets entire dance floors moving. Dani is a DJ who feels long-winded intros and bios are unnecessary, preferring instead to let her music do the talking.

Enjoy the mix below and read on for our exclusive interview with her, as well as full complete track listing at the end of the article. You can download the mix in its entirety for free here.

Hi Dani, thanks for the mix! Where did you record it?

Hi, thanks for having me! I made the mix in my home studio in Ableton.

Any stand-out tracks we should be on the look out for?

There’s SO much good music out there right now, it’s so hard to choose! But I would have to say anything by Marla Singer, VSK, Insolate and UUN. Straight FIRE

Do you recall the first time you heard a techno track?

I would have to say the first one that I remember was Jeff Mills “The Bells” but you can also laugh because the sound track from the movie Swordfish, was also a big influence on me. While he’s not techno, it was mixed by Paul Oakenfold and came out in 2001.

You’re an artist somewhat on the move. You’re in Detroit now but that’s not where you started right?

Yup, you are correct. I actually started in Philadelphia but spent most of my time in New York City. I grew up in the tri-state area before living in NYC collectively for 8-9 years

Why did you choose to move to the birthplace of techno? Or is my question already the actual answer?

(laughs) That is a good question. Well, techno is definitely a huge influence there, and there’s many people here who are still cultivating some incredible techno events and labels. After spending so much time in New York and more recently Miami, I was pretty burned out on what I had seen so often and had become so accustomed to. Every time I came to Detroit (to play or just visit) I felt more and more inspired and motivated to keep sharpening my skills. Here I can have a studio, and some space to create, people who see things a bit more like I do and honestly, I just have a better quality of life all around.

What are some of your favorite things to do in Detroit that aren’t music related?

Hmm, well, I definitely love to explore different restaurants — I’m a bit of a foodie — and the museums, but mostly just spending time with friends. It’s funny though because we are all involved in music one way or another so usually somehow, some way we end up in a studio or a dance floor.

Oh my goodness, can I just say, the food here is TOP, even coming from New York… I feel absolutely spoiled! There are some incredible restaurants not only downtown but in the suburbs as well. For Downtown I would say Hudson Café for brunch, Peterboro for Asian Cusine and Wright & Co for dinner. I am a huge Asian Cusine fan so I love Trizest in the burbs for Chinese and Inyo in Ferndale for Sushi. It’s been rumored that Anthony Bourdain is doing a documentary on the food in Detroit, because it’s THAT good here!

Is music your full time gig? If not, what else do you do?

While I have done music in the past full time, at this moment I am working. I am currently working for a tech company as an Executive Assistant to the CEO. I really enjoy my job, I haven’t been able to say that in quite some time. 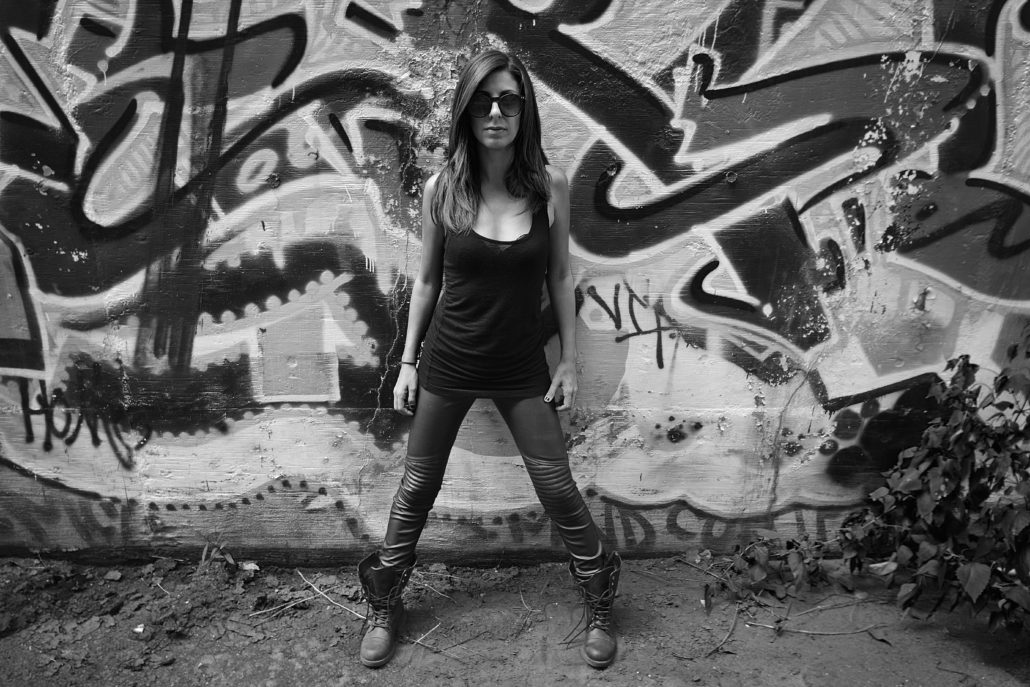 “Traditionally” techno artists seem to move to LA, NYC or even make the move overseas to Berlin. Do you feel like you will be making another move any time in the near future?

Oh dear God I hope not! (laughs) I am just kidding, but I have moved around a lot over the last 6 years. The move here took a lot out of me so I am hoping to stay put for a few years. If there were anywhere I would go in the states besides Detroit, it would have to be LA. The scene there is just killer but it’s nice to fly back to Detroit. While the move itself was a challenge, I can safely say, I am really happy here. As far as Europe goes, I would like to explore a bit more before making that decision but with our current state of politics……. I will just say, you never know!

You’re having a stand-out year so far, with gigs around the United States and the crowning one at The Works during Movement weekend which was talked about by a lot of people. What do you think is behind the current successes you’re having in your career?

Wow, thank you, I am not really sure how to answer that. Honestly, this year has caught me entirely by surprise. I took some time away from gigging at the 4th quarter of last year. In doing so, I kind of just refreshed, took in what was around me and just focused on the music that really spoke to my heart. That probably sounds really cliché but I needed to isolate a bit and refocus myself. I wanted to just surround myself with the music that I love and I think it’s translating really well this year. I play my heart out with every set, so maybe it’s felt more this time around. I also eliminated everything that would be a distraction to me. Spending a lot less time out socializing than I used to and a lot more time with my headphones on. Either way, whatever magic that seems to be happening, I am beyond words and extremely grateful for. I hope that it continues because this year has been an absolute dream.

You’re known for your impressive track selection. Do you also produce?

I am very flattered to hear that, thank you. Yes I am producing, but my production skills aren’t as great as my DJ skills. But its been hard to balance the move here, working full time, and my gigging schedule, so its always challenging to find the appropriate amount of time to focus the way that I want to on my production skills. But right now, I’d say its one of my top priorities for this year. I just invested in a bunch of gear that I have been eyeing for a while and built my own desk now so when this run of gigs is up, it’s go time!

What other gigs do you have planned this summer?

So I just played in Omaha last week, but looking forward to making my Chicago debut this weekend for Obscure. Chicago is one city I have been dying to play for years, now that it’s happening, I couldn’t be more excited! The following weekend I go back to Minneapolis and play in an incredibly dope warehouse with some of the sickest DJs in the country. The following night I am back in LA for Dirty Epic’s collab with Ruse Techno for Inland’s return to the states. Then shortly after I will be making another debut in Kansas City at a sweet spot called Niche for Kansas City Techno. There are some more in the works with returns to some familiar cities but I’ll just tease that for now!

Who were some of your idols and influences when you first started on this techno career?

There were so many! Well when I first started I would have to say Josh Wink, Carl Cox and Jeff Mills. But this was ever evolving, there were many points where I’d hear new artists and my whole world would change. I would say drumcell and Raíz used to be huge idols of mine too, they definitely shaped a lot of the sound that I had been trying to achieve.

Who are your current biggest influences?

Oh boy… Right now, I would say my top influences are Rebekah, Paula Temple and Headless Horseman. When you talk about boundary pushing techno… Legit, look no further. Just mind blowing insane. But there are soooo many others, VSK is just MURDERING it right now, as is UUN. The productions that are coming out of these two… just… holy shit! 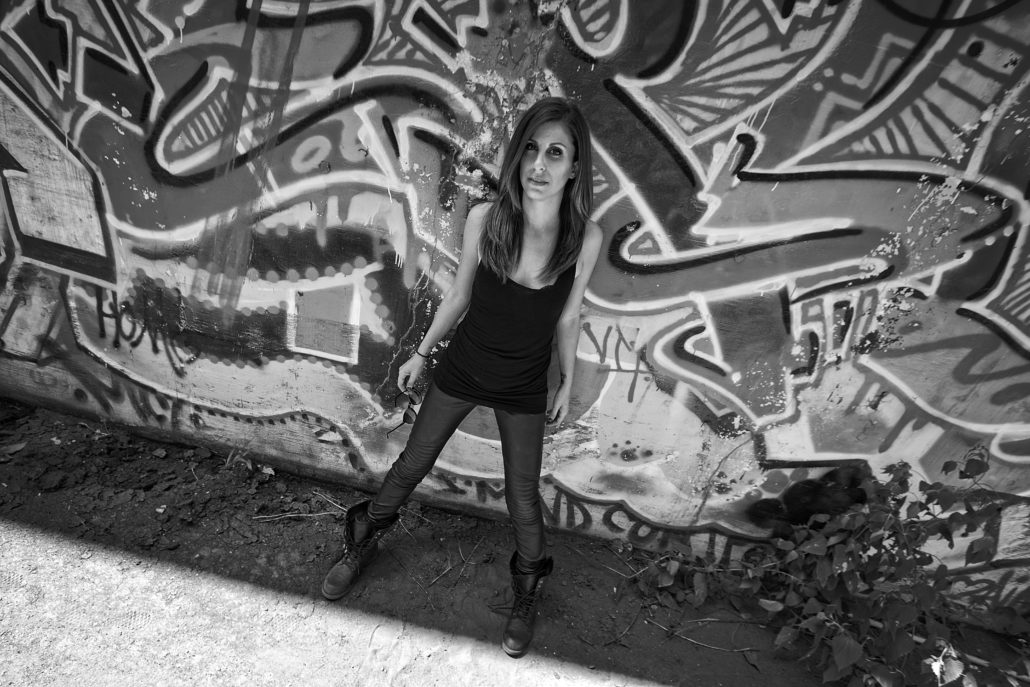 If you could share the decks with any ONE DJ in the world, who would you choose?

Do you have any particular club or festival you’d love to play one day?

I think there’s the obvious answer here – Berghain of course would be top, as well as Tresor. The cage has always been a massive dream of mine and the history of Tresor, Berghain and the Berlin scene is just incredible. London has also been just straight up destroying it with their bookings as well. There’s Corsica Studios which just brings it, Jaded afterhours and all the insane huge warehouse productions that go on there. The Reaktor parties also look absolutely INCREDIBLE…

Ugh, I am getting chills just thinking about it. Honestly though, there are so many events and festivals that are popping up all across the world, that to be included in any single one that was pushing real techno, I would be honored and humbled to be a part of.

Do you feel your sound and direction has changed in this time?

Absolutely, 1000%. I definitely used to play a lot more housey a while ago. In the last 5 years since diving full on into techno it’s been an ever evolving. We are always changing and evolving. But I feel like at this point, I stopped listening to other people and how they think I should sound and started playing and following a path with the music that I love. I am finally sounding how I have been wanting to sound but at the time didn’t know how to get there. And now it’s just about owning who I am.

What are your overarching career objectives in this industry?

It’s funny, I haven’t really thought about this so much, I’ve just more so been appreciating the current journey that I am on. Priorities and goals can always change, depending on what inspires you the most. But with that I guess I could say, I would love to start traveling more globally and release music on some of my favorite labels. Some of the things that I would love to do, would be to create an event series that gives back to the community and gets people involved in giving back to their cities and share how much music and the love of it can bring people together for a good cause. To be honest, if I can keep doing this and keep growing with our techno scene, I am happy and grateful. You never know how long you will be in this game so every opportunity is a gift. I try to keep that in mind with every accomplishment.