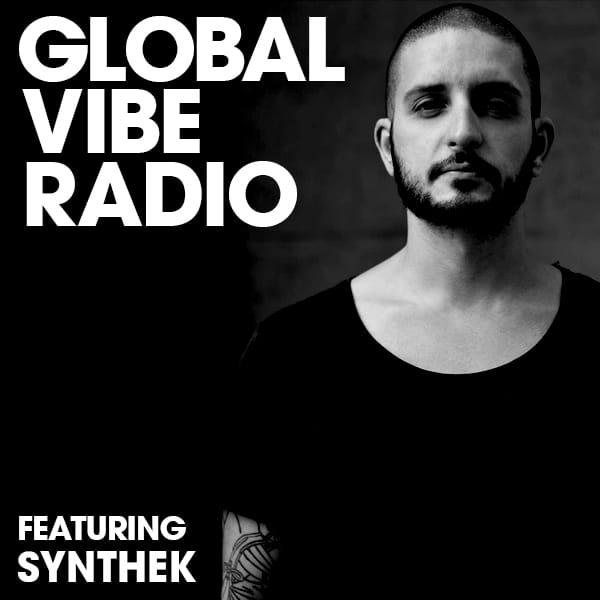 Synthek is a Berlin based DJ and producer, owner of Natch Records and STK imprint. Always seeking for new influences, over the past years the style of his sets and productions has faced a constant evolution, focusing on deep rhythmics and powerful, introspective vibes.

Following few successful EPs on Natch Records, he released his debut album Unwise, in collaboration with label partner Audiolouis. Unwise, seen as their last co-produced effort, got consecutively remixed by Polar Inertia, Antigone and Varg among others. Synthek started curating the booking of New Faces Wednesdays at Tresor Berlin in 2014, becoming a respected presence behind the decks of the legendary venue and especially so for his closing sets. The idea of creating STK, a self titled imprint and home of his own productions only, gives him the freedom to experiment new approaches to music production and reshape his signature sound. The initial wave of 3 EPs entitled VERSE, launched in July 2015, brought him to look slightly away from the dance floor, and finally orienting towards mind-twisting and psychedelic compositions. Beside releases on STK, since his last appearance on Attic Music, Synthek has released new material such as his MRI EP on Russian label Wunderblock, a remix alongside Svreca on Spanish imprint Redpoint Alert, and a contribution for a compilation on OVUNQVE.

This year Synthek released Transitions of Life on Natch Records, his first solo LP. The 11-tracker came out on April 18th, the unfolding of a two-year transformational period that saw Synthek cross along rough roads and tribulations to reveal an intimate personal journey of revelation through emotional downshift, spiritual upheaval and cerebral quandary.

Synthetk is this week’s guest on Global Vibe Radio, where he presents the last 3 hours of his 7 hour set at KHIDI in Georgia from earlier in 2017. We also took the chance to chat with him about projects past, present and future. Enjoy the mix and read on for the exclusive interview!

Hello Luca, thank you for the wonderful three-hour journey you provided for GVR this week. It’s actually a three-hour live recording… can you help our readers understand the setting and mood in the room where you played this?

Hello guys and thanks a lot for inviting me. I recorded my latest set at Khidi in Tbilisi, Georgia which is a very special place for me. The club is a stunning concrete building (I could only compare to Berghain) with a 4.1 Funktion One which makes the job even more fun! That was my second time at the club and in charge for the closing set, but this time I had one thousand people in front and the club on fire! I ended up playing a 7 hrs set and this snippet which you are going to listen to is a cut from the last 3 hrs, for me is the best moment when I can diive in my trip and play different music.

What was going on through your head during that set? Any specific emotions or feelings?

Just giving as much I can to the crowd and leave the best memory of that night!

Like me, you’re an Italian living abroad. Where in Italy are you from?

I was born in Naples, but I lived between there and Caserta.

How was it growing up there? What kind of activities were you interested as a kid?

I grew up in a little town close to Naples, which doesn’t have much to offer to be honest. I was interested in football, as my childhood dream was to become a professional player (laughs). The approach with the music came later, when I moved to Caserta and at the age of 17 I started to frequent local events.

How did you first discover techno?

My first ever techno event was Dave Clarke at Old River Park. It was back in the 2002/2003 period if I recall correctly. The stage was a little table on the dance floor, so a proper rave!

Naples has a big techno background, and some of the pioneers were Marco Carola, Rino Cerrone, Danilo Vigorito, Gaetano Parisio, Markantonio and all of them played a role in the important era of the techno scene there, in Italy and in the world. 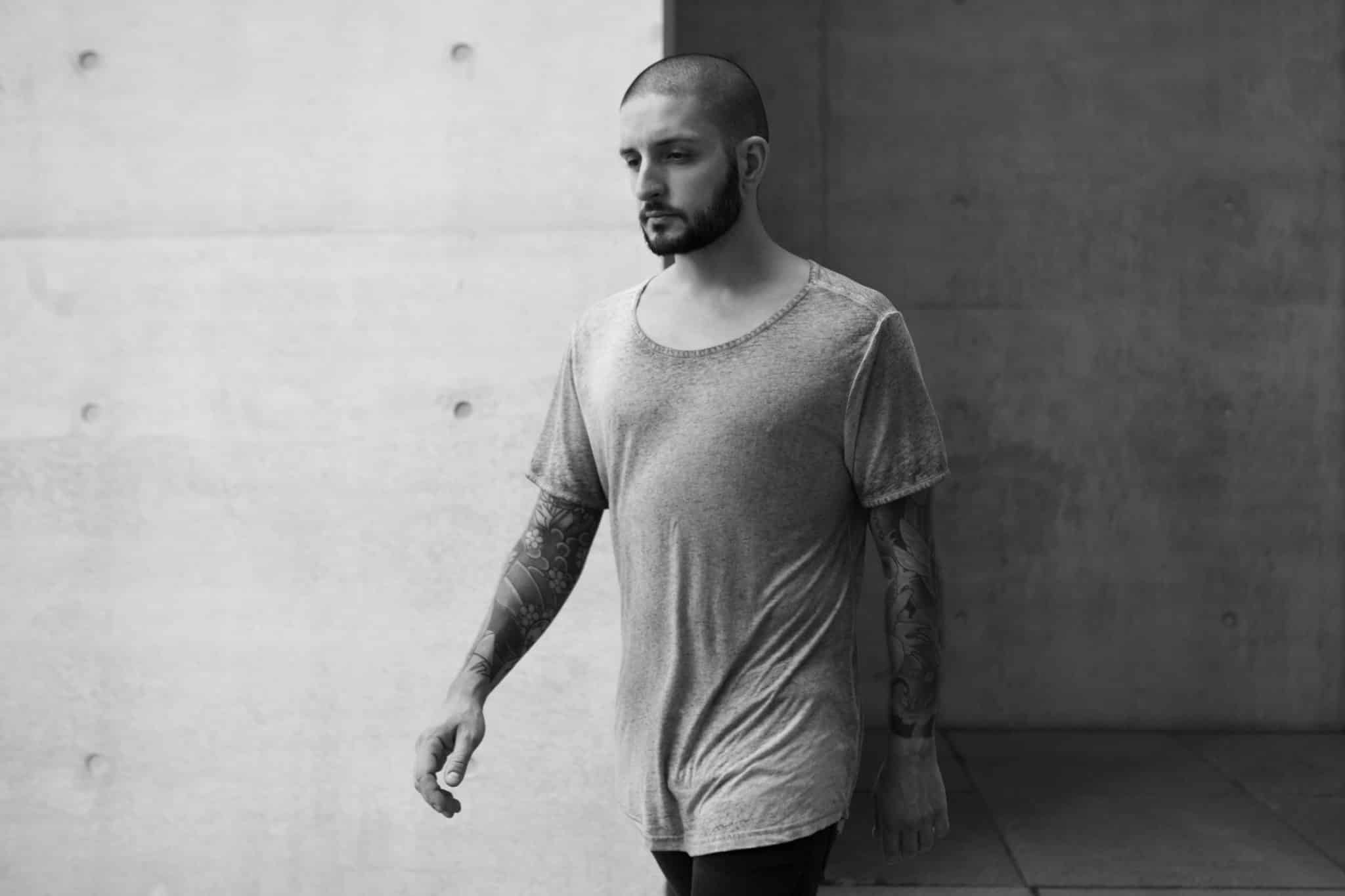 If you weren’t doing what you’re doing now, what do you think your profession would be?

I studied as a sound technician before I even started to produce music and DJing, so probably I would be doing that as job. My second big passion is cooking, so I could also see myself making food and drinks somewhere in the world.

At some point you decided to leave Italy and move to Berlin. When was it and can you recall what prompted that decision exactly?

I first moved to London where I lived for 2 years, but music-wise I didn’t find my dimension there, and so I decided to move to Berlin and try a new experience. It was end of the 2011, so almost 6 years ago. Time goes by fast!

How did the move go at first?

I had the luck to meet some good people in the beginning who also helped me a lot to integrate, make friends and feel like I was at home! Moving abroad is never a easy thing, but Berlin is such an easy going city, and most of the people are there for the same reason, which is art or music related, so it made the game certainly easier.

What was the biggest struggle you had to overcome once in Berlin?

The flat search! As everyone knows now, Berlin is saturated and so it can be a sort of “mission impossible” to find your place. I spent the first 3 month, crashing at friends’ places with my luggage and my record bag and looking 3-4 hrs a day for a flat and a job! It was very hard, but at the end I found my place and a little part time job as audio technician for a club.

There’s no doubt that your career has taken off, in no small part helped by the deserved residency at Tresor. How did that come about?

I first met Diana, Tresor’s talent buyer, in a club and we had a good connection from the beginning. Once I got her email, I immediately sent a podcast with my info and she gave me the chance to open the floor. It was February 2013! After that night, she booked me again for 3 times until I was proposed to take care of a monthly night called New Faces, which is a party focused on the young talented artists of our scene. Of course I accepted and that’s how it started! Tresor has been a fundamental path for my growth as DJ and it became a place I can call home and really feel a part of.

Berlin has to be a highly-competitive city for a techno act like yourself. Any tips or advice on how to stay relevant and constantly on top of your game with so many talented artists around you competing for playing time and recognition?

In my opinion, nowadays the scene revolves around everything other than the real quality of the music, or at least in most cases. I am one of those people who stand against this, who spends hours in the studio working hard and I believe that the music has a real value in this business. What I try to do myself, is to not follow the hype or what is “cool” at the moment, but follow my own vision of this art and make is as best as I can. It’s the only way to keep it real!

Do you see yourself ever moving back to Italy?

I think Italy is a beautiful country, but the political and economic situation is quite bad and there are not many opportunities there. For now I would not see myself going back to live there, but I was also sure I would be staying Berlin for longer and I now I just moved to Palma de Majorca just 2 months ago to try a new experience and enjoy the warm vibe of the south. Life is unpredictable, so never say never!

By the way congratulations on Transitions of Life your first album on Natch Records, a fantastic collection of tracks! How long did that project take?

Thanks a lot! Transitions of Life has an important meaning for me since it’s an album that I wrote in 2 years and in different moments and mind states. The selection of the tracks and its order was made to give the listener the impression of a mood change which is what I called “Transitions”. I think it represents me at 360° with all my shades, and it’s not related to what I play in my DJ sets.

How do you feel the reception for the album has been so far?

I am very happy about all the feedback received from people, friends and colleagues that showed some real excitement and appreciation for it, which surprised me since the album is very personal and introspective and I knew that it probably wouldn’t reach everyone in the same way. But most of all, I am glad to have created a very personal signature sound and to have released it on my home label.

Natch Records is one of two labels you have started, the other being STK. Why two labels? How are they different in what they release?

Natch Records is my main label, which I guide alongside my best friend and Midgar’s owner Jacopo Severitano. Natch is a family for many artists and not only for me. That’s the different with STK, which is my personal catalogue where I only release my own music. I released a series of 3 records called VERSE, and it’s now in stand-by waiting for the right moment to be back… stay tuned!

Obviously we are big fans of your music here at 6AM and would love to see you tour in the States at some point! Any plans for that in the future?

I am grateful for your support and of course it would be a pleasure for me to debut in the USA at some point. As u may know, Visa-wise things are not easy, but we are working on it so I hope to be able to travel soon!

Any particular cities, clubs or venues you’re looking forward to playing in?

Every gig is special and different for me, to be able to travel to play my music and meet nice people is always exciting! If I have to mention one of them, I will say that I will soon be back in London after many years of absence, for an extended set at the old Hoxton Basement. It will be great to play and see my old friends in town!