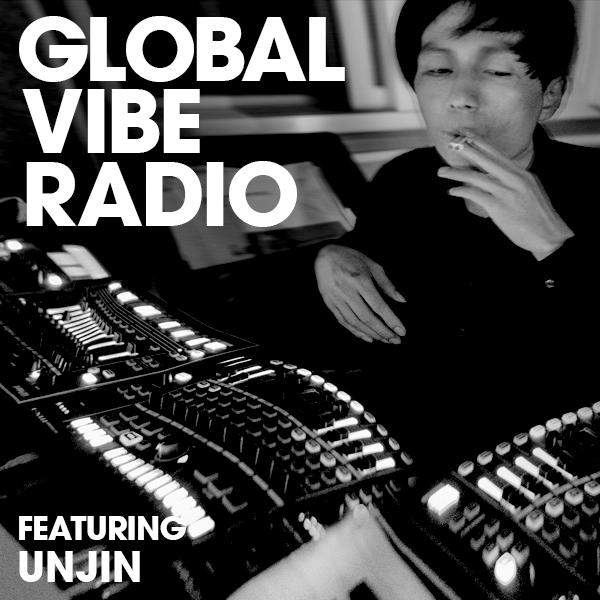 The 64th episode of Global Vibe Radio sees 6AM cross the Pacific and land in South Korea for a special techno edition featuring Unjin.

A techno DJ/Producer from Seoul, Korea, Unjin is also the founder of his country’s first techno label, ECI Korea, and resident at the iconic vurt in Seoul. He also releases music as Rainjacket – an imaginative abstract ambient project. Unjin’s international debut came in Miami at Winter Music Conference in 2010, the launching pad for a career that has now seen him become one of Asia’s most respected techno producers and DJs with a touring schedule that has taken him to all corners of the globe.

Since its launch, ECI Korea has become a platform for the exposure of emerging South Korean and international talents to the world stage. Through his work as an artist and label-head Unjin has played a key role in laying the foundation for a Korean techno culture, releasing his first techno album Spiral Sequence as one-half of duo East Collective and receiving international recognition for the successful remixes of works for Ryogo Yamamori and DJ Sodeyama with Drumcell, Mr. Jones, Jonas Kopp, Tony Rohr & Layton Giodani, just to name a few. Under the ECI Korea label, Unjin’s first concept album Kids In Seoul came to life with support from DJs 2000 and One, Abstract Division, Efdemin, Etapp Kyle, Troy Pierce.

Enjoy the mix and read on for both our exclusive interview with Unjin and for a complete track list. You can also download the mix for free here.

Thank you for the mix! Where did you record this?

My home studio in the morning. Right after a festival here in Seoul, I came home and started recording with a big cup of coffee.

Can you tell us what was going on through your mind when putting this together?

I tried to put the tracks I actually played a lot this year which mostly have special memories of places and the moments I experienced. Many tracks have very different tones and structures so it was harder than I thought. This was a one-take recording, pretty much like live DJing.

Any unreleased or particular tracks we should keep an ear out?

In the beginning there is a track from my label, ECI Korea, from a recent album called Universe 60 by Swann. He is one of the greatest electronica artists in Korea but he is really against promoting his music so I wanted people to check out his amazing ambient album which is only available at ECI Korea’s Bandcamp page.

There’s also an unreleased remix track by my new project – Unjin and Sunji for Romi’s new EP which will be released at the end of June under Oslated label in Korea. 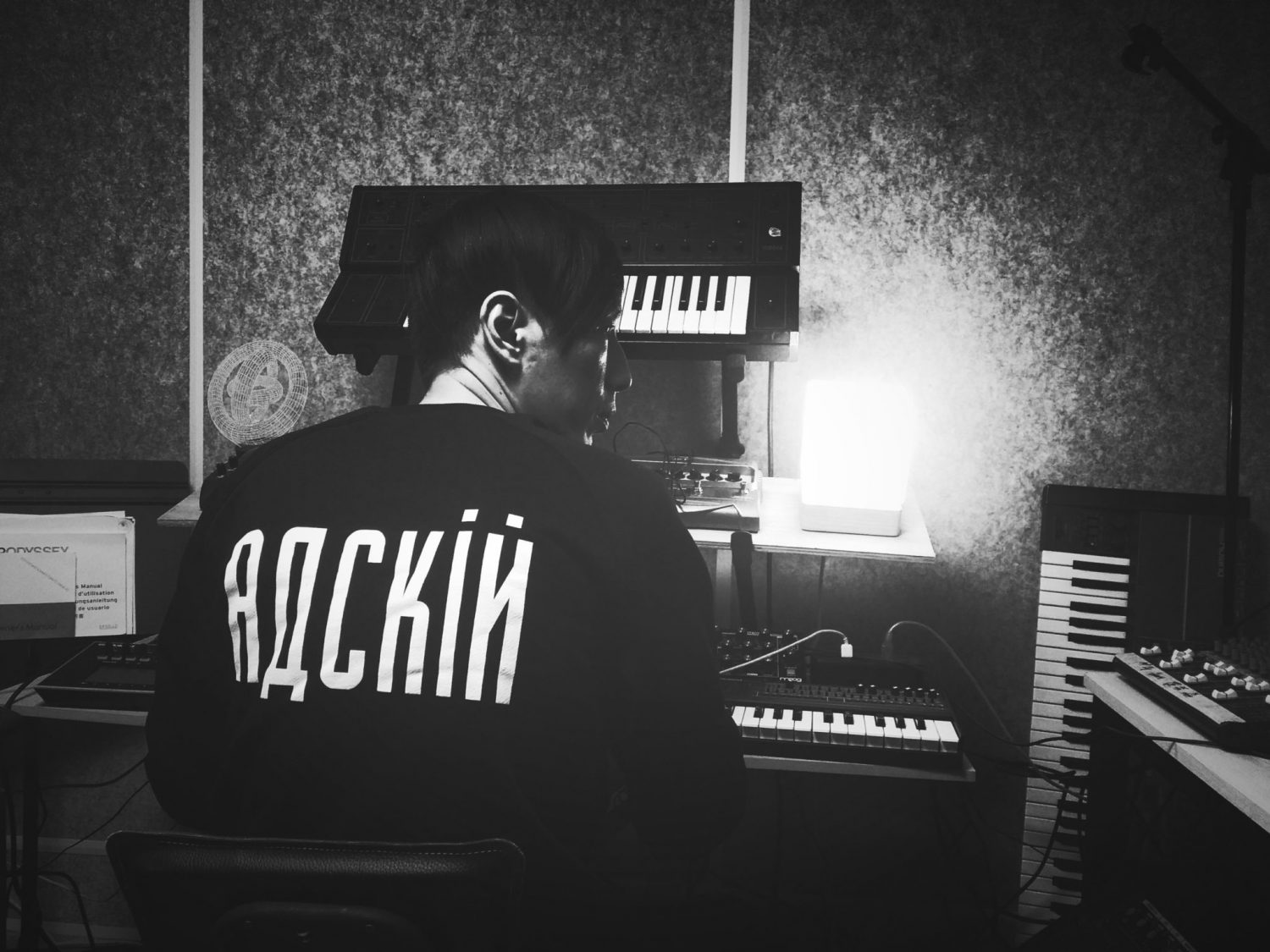 In the United States we know that Asia is going through an electronic music boom right now not unlike the one we experienced in 2010-2013, mostly with EDM finding its way into the mainstream. Where does that leave techno and house? Is it prominent in South Korea where you’re from?

Well, it all started around the same time here as well but recently EDM collaborates with K-pop and they go perfectly together and are getting bigger and bigger. It’s sad that many talented young artists find their path in mainstream music instead of looking further but that’s where we are and how the society is making people believe. In Korea though, we don’t have a long history of club culture so many people encounter this culture because of this EDM phenomenon. Some of them discover more underground music and DJs later on, so actually the underground club scene in Seoul is booming at the moment. That’s one good thing to come from this phenomenon.

There are quite a few techno/house festivals in Asia now too. Do you have any personal favorites that you think are worth traveling for?

There are so many good festivals in Japan like Labyrinth and Rural but also there are smaller and more intimate festivals in other Aisan countries. I like Organik festival by Smoke Machine in Taiwan and there was a new festival in Hanoi, Vietnam earlier this year called Equation by the Cliché crew. I missed  Equation this year but I will make it next year for sure. You will be really surprised how beautiful the surroundings are and of course the music they play. My favorite one though is Schweinehund Teknival in Hong Kong by Twisted Donut.

You’ve been a resident at vurt for quite a while now, one of the most respected techno clubs in the whole of Asia. How has the residency benefited you as an artist?

It makes me convinced and confident with what I’m doing and keeps me pushing the boundary between dance music and art. Actually the people at vurt are my old friends, we have been working together for almost 10 years now. It’s a really nice feeling that we are heading to the same direction even with younger generation resident DJs now, building something new and different that this city never had before. These days I get busy with other gigs and events but always trying to find a way to play there more often.

Why do you think vurt has the great reputation that it has?

Because it’s run by DJs who have pure passion about Techno music and not about making money. It’s really struggling sometimes but we all know from our experience how important it is for us to keep a space like vurt. Luckily we have a very good music director who never compromises, keeps the music policy strong and continues to bring high-quality level of music as the club’s first priority.

So to clarify, do you live in South Korea still?

What do you do in your home city when you’re not working on music? Any special hobbies or interests?

One of my best friends lives next door. He knows all the best hidden restaurants in Korea and I always wait for him to call me for lunch. Sorry, I don’t have interesting hobbies. I drink a lot of coffee and day dream a lot.

What’s your favorite spot in Seoul?

Namsan. If you come to Seoul, you will see a big tower on top of a mountain in the center of the city. The mountain is called Namsan and I live very close.  It has an amazing park and I go there whenever I need to relax or refresh my mind.

You’ve been producing for a long time now. What equipment do you use most in your studio today?

I’m in transition from computer to hardware set up at the moment. I have been trying to do both my producing and live performances with one set up and found out Elektron products work well with me. So right now I am spending most of time with Elektron Octatrack, Analog Rytm, Analog 4 and some effect pedals. 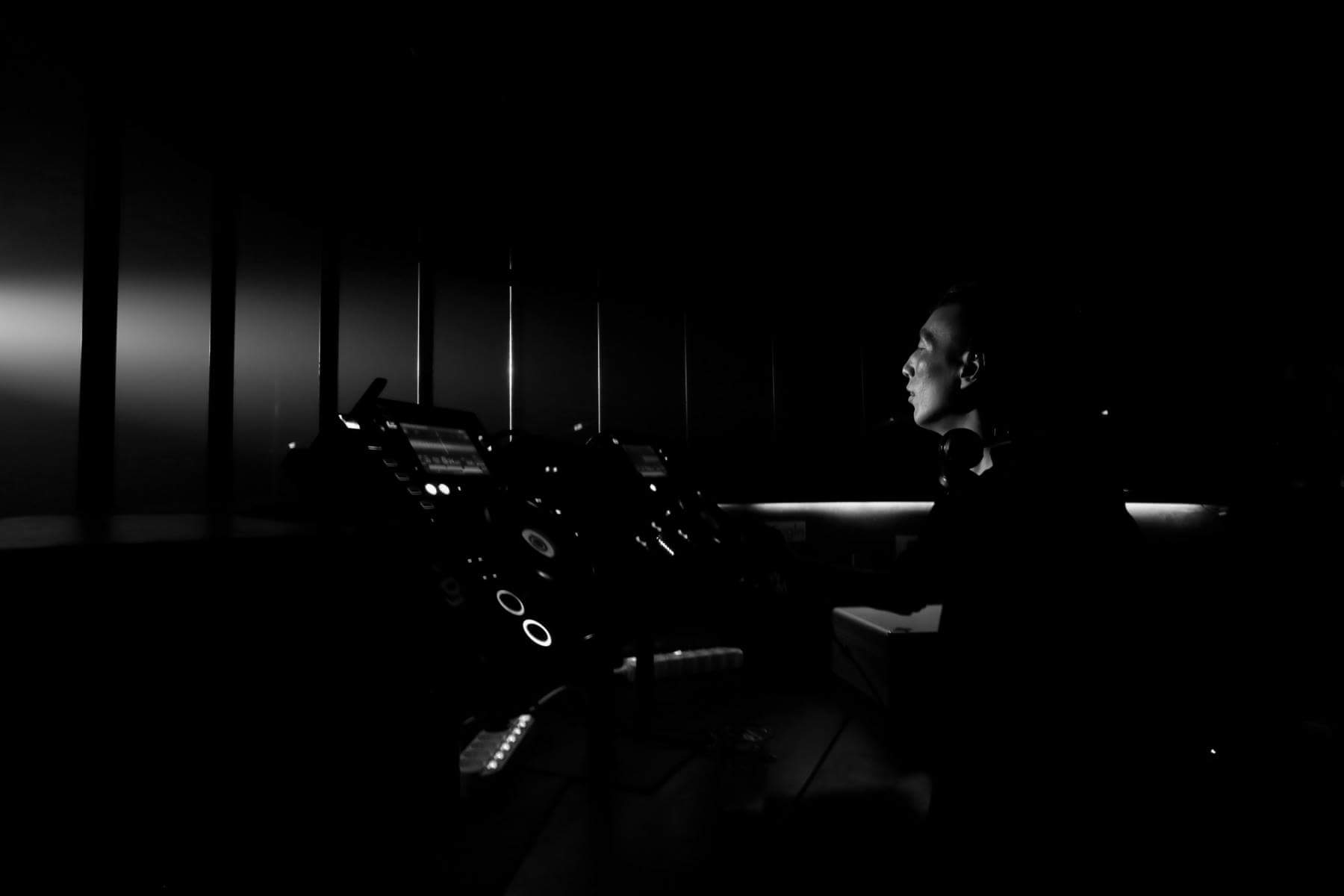 Through the years you have shared the stage with some of techno’s best international artists. Can you tell us what your favorite personal experience as a DJ has been so far in your career?

About 6 years ago, I was doing the warm ups for Sasha while he was on his Asia tour. In Taipei, I had a chance to spend some great time with him after the show. He inspired me a lot musically and personally. He kind of taught me what DJ life is about. And recently, I played with Richie Hawtin in Seoul. He was the main reason why I got into Techno music in the mid-90s. His early Plastikman music just blew my mind at that time and after that there was no going back. Playing with him here in Seoul with Suna, one of my longest DJ friends, was like a dream came true.

If you could choose any producer to collab on a track with, who would it be?

Lucy and/or Peter Van Hoesen. I find them very interesting as artists.

Thanks to your undoubted skills behind the decks you’ve played some amazing gigs like Spybar Chicago, Tresor Berlin, Ministry of Sound in London, Shelter and more. What is your “must-play” venue right now?

What else is on the horizon for you? Any special gigs, tours or releases?

As I mentioned above, I am preparing a live performance with new equipment. Hopefully I’m ready by the end of summer and that’s when I will release new material. As far as touring I am planning to go to the States and Canada this fall. I’d like to stop in Chicago of course if there’s a chance. I really loved the city and people there. I still remember walking on the street in the snow with Carl Craig after the gig at Spybar. It was something I can never forget.

Any other projects you’re working on that aren’t related to techno?

I’m working for a company called DO which develops software/hardware related to so-called VR. I work on various sound recording projects for VR contents.