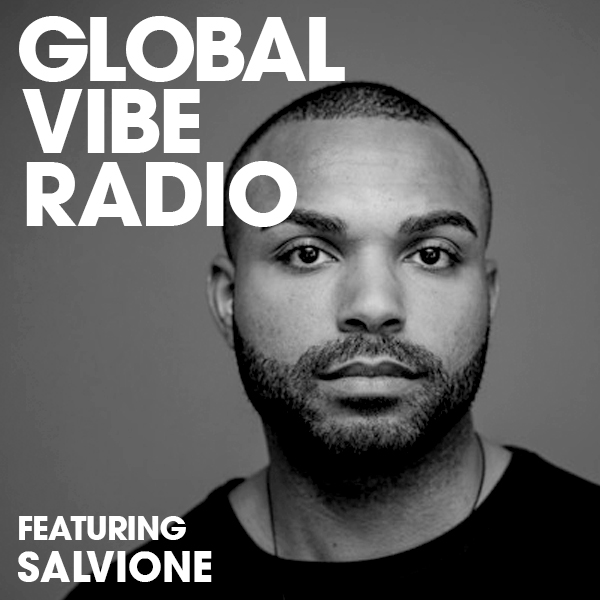 Our Global Vibe Radio podcast took a break last week while we were in Detroit for Movement Electronic Music Festival, but we are back today with a special one courtesy of one of our favorite rising talents out of New York City.

Known simply as Salvione, Michael Salvione draws inspiration from a number of diverse artists such as Adam Port, David August and Stacey Pullen. The result is a sound that is a seamless blend of funk, tribal, deep house and tech, injected with elements of hip-hop, techno and nu disco. Salvione makes dance floors groove, and he does so with the poise and ease of a veteran, despite still being a new name in the international electronic music scene.

The result has been deserved recognition in his home cities, including gigs alongside greats the likes of Apollonia, Loco Dice, Dubfire, Mat.Joe, Chad Andrew, and David Gtronic, all the while making lasting impressions at some of the most renowned venues in NYC like Sullivan Room, Schimanski, Flash Factory, and Cielo.

Enjoy the mix below, download it here and read on for our interview with Michael.

Thanks for the mix, Michael! What was going through your head while recording this?

Anytime. Thanks for having me. I’d say it’s the same thing that goes through my mind for all my se­ts, programming. I try to tell a story through the music. I grew up in a time before standard set lengths were 2 hours. DJs would play 10+ hours, weaving in and out of genres in a night long journey. This is obviously hard to do in just two hours but I still try and have a mix start you in one place and by the end, have you end up somewhere else.

Your sound offers a wide range. You list Adam Port, David August and Stacey Pullen as influences, all with their own unique sound. What can listeners expect from this podcast?

Yes. I enjoy many different styles of music in general, especially electronic music. This podcast definitely gives off a tech house vibe, including a few originals of mine as well as a remix I did that was recently released on Resonance Records.

Is this the same they get to experience when they catch you live?

When it comes to live sets I honestly like to play what the specific party, room or crowd calls for. My love for many different genres allows me to be versatile in that aspect instead of being pigeonholed into one sound. 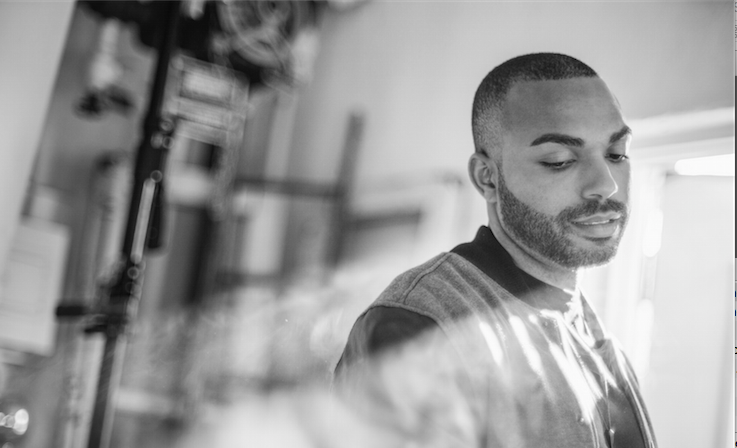 Let’s talk about your upbringing a little bit. How was it growing up in Staten Island?

It was good. Growing up I played sports but as I got older there wasn’t as much to do on the island. Luckily Manhattan was close by so all the clubs were just a short trip away.

How did you end up discovering electronic music?

As I mentioned, there wasn’t a whole lot to do on Staten Island and one night a few friends and myself headed to a Jonathan Peters party and well…the rest is history.

What were the nightlife hangs for you back then?

Luckily I caught the tail end of the Roxy, Crobar, and Spirit days. As those slowly faded away and closed, Pacha NYC opened and we spent many weekend nights into days in that building.

At some point you must have decided that you were going to produce and play music. What happened exactly at that moment?

I slowly started getting into DJing and once I realized my passion for it was growing I knew that production was the next step, so I enrolled in weekend classes at Dubspot for music production while I was still in graduate school.

It wasn’t until Movement Detroit in 2013 that I decided this was what I wanted to do. My first night night there I went to a Circoloco After-Party at TV Lounge. The party had many memorable moments that I’ll always have with me but the true moment didn’t happen until Mass Prod came on in the early morning. The sun was coming up on the Courtyard and the run-down warehouses that litter that area and he played a private Âme edit (which I had to hunt down and buy the vinyl of when I got home). It was the perfect track at the perfect moment and I was moved by music like I’ve never been moved before in my life. It was in THAT moment that I said I want to be the person that makes and plays music that one day moves someone the way it moved me that morning. Ever since that day I’ve devoted everything I’ve had into music. Few people know this but I saved the wristband from that party, laminated it, and it sits in my studio. If you ever see a video/photo I post from the studio you can see it sitting in front of the right studio monitor. I keep it as a reminder of how I felt at that moment and why I’m doing what I’m doing.

What do you think you’d be doing hadn’t you chosen this path?

Well I have a doctorate in physical therapy and continue to practice today. I love music but having a steady stream of income to pay the bills and buy studio gear is never a bad idea and gives me peace of mind.

It must be hard to balance a full work schedule and music. How do you deal with that?

I wake up at 5am everyday to make music before heading to work. If I’m not in the studio or working on music, I’m thinking about music or working on the business side of things. I’ll be at work thinking about the track I was working on in the morning and what changes I should make when I get back home. It can be tiring at times but I wouldn’t want it any other way. Music is literally and figuratively the reason why I get out of bed in the morning.

Rising up as a producer in NYC, home of the US’ biggest house and techno scene, is no small feat. Yet you’ve enjoyed a fantastic year in 2017 with quite the list of accomplishments. What was the biggest one in your mind?

That’s a tough one. I’d have to go with my Skellington EP on Visile Records hitting the Top 10 on Beatport in tech house releases and Top 15 in overall Beatport releases. It was an amazing feeling seeing my name among so many of the producers I’ve looked up to for years. 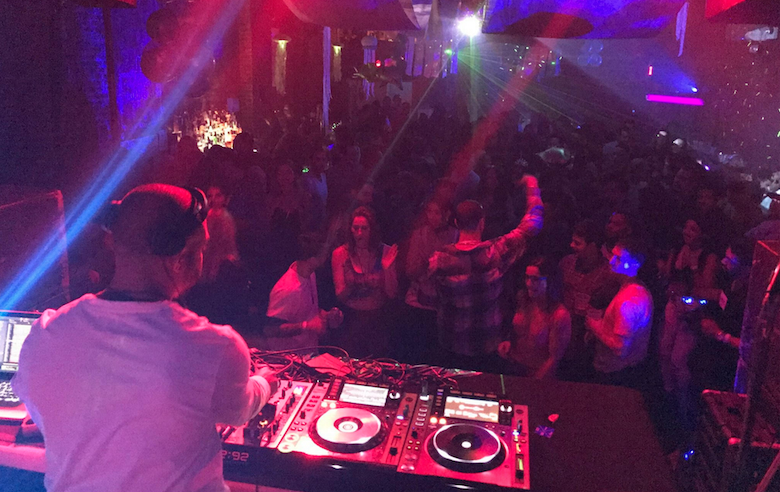 What was the craziest thing you’ve experienced as an artist so far?

Definitely playing the BPM Festival earlier this year. The energy from the crowd and vibe in the room was like nothing I’ve ever experienced before. I even played an extra hour to close out the night. It’s something I’ll never forget.

Can you talk us through the biggest obstacle you’ve faced in your career and how you overcame it?

Starting out and coming up in a scene full of such talented DJs and producers can be frustrating at times because you might not be playing as often as you’d like or booking the gigs you want. You put a lot of time and effort into your craft and you want to share it with everyone but you just have to put blinders on and keep your head down, keep working, and be persistent. Persistence is everything. If you’re reading this and you feel like you’re never going to get to where you want, just keep pushing. If your heart is in it and you really want it, give it all you have and it’ll all work out.

I love your social media approach, where you give fans an insight into your studio and how you produce forthcoming tracks. Do you have any plans to expand this approach in the coming future, perhaps to do some longer live jam sessions?

It’s definitely been something on my mind. It’s challenging, though. Making a track can be monotonous at times. If I’m going live from the studio I’d like to keep the viewer engaged somehow. I sometimes do these “challenges” based around fact magazine’s “against the clock” or another called “beat this”, where a producer gets ten minutes to make as much of a track as possible. I like to do this to help get out of my own head. You tend to overthink things sometimes and an exercise like this doesn’t give you time to overanalyze if something is perfect. You kind of just do it and move on. Happy mistakes happen and I’ve definitely had a few releases come from what I call “beat the clock” sessions. If I can find the right way to capture the studio and get good sound quality, definitely be on the lookout for these in the future. Perhaps I’ll even finish a few afterwards and put it up for free download.

You enjoy playing with audio “toys” in your studio. What are some of your favorite go-to’s?

I’d say my Moog Sub Phatty and the Korg Minilogue have been used on almost every recent project I’ve worked on. The Nord Stage 2 is always the go-to for any organic instrument. In my opinion, their sound banks are unmatched when it comes to that. I also just got the new Dave Smith Instruments Prophet Rev2. Haven’t had the chance to really use yet but it could be the new staple in my productions.

What can we expect from you as far as releases for the rest of 2017?

I have another track coming out on Resonance Records later this summer and another on 20/20 vision imprint, 20/20 editions. There are a few other exciting things in the works that I can’t talk about just yet, but it’s definitely going to be an exciting second half of the year.

We are almost half way through the year. What are your objectives going into 2018?

I’d like to keep pushing myself in the studio and continue to have a steady flow of releases. There is definitely a list of labels I’d really like to shoot for. I’d also like to have a busier gig schedule and maybe spend the season in Ibiza but we’ll see what happens.

You get to go b2b with any one artist of your choice. Who do you pick?