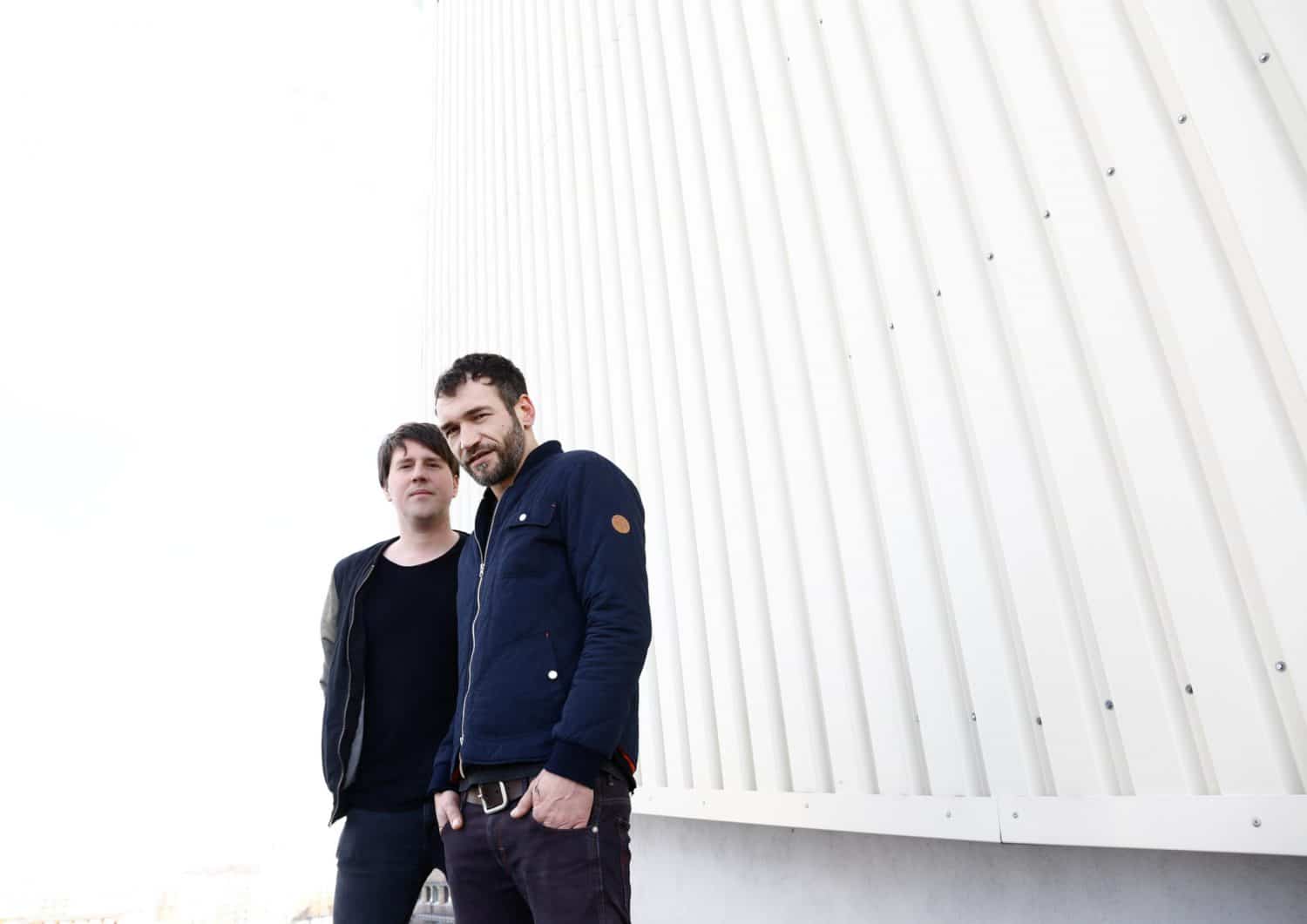 German duo umami have been rocking their distinctive sounds on top labels such as Katermukke, 3000 Grad, Audiolith and Stil for Talent, among many, winning fans all over the globe. Now ahead of their forthcoming debut album release, they unleash their striking new RGB EP on Favouritizm.

6AM checked in with the endearing duo to find out more:

Robert: We met at a time when we we’re not really involved in the dance music scene or DJing. We met at a studio I built together with the drummer in Sam’s rock band and later he wrote and recorded some vocals for the album I made with my project “EQT”. A few years later Sam said that we should make some techno music together.

Sam: I had been going to the fusion festival for many years and started to realize, that this simple and pure music O was dancing to, is actually really awesome! When you start out in “real” music it really takes a while to get over this “techno is simple and stupid” prejudice.

What turned you on to producing House and Techno, have you experimented much with other genres?

Sam: What I have always loved about techno and house, is the fact that you can dance and party for such long periods of time. It makes you feel free in a completely different way to be lost in time. I think every other musical genre either exhausts you or runs out of content.  You can’t dance to a rock concert for 8 straight hours and you can’t listen to jazz in a chair the whole night. Or at least i can’t!  So I personally wanted to be able to create this experience on my own, so thats why i started producing it.

Robert: We are definitely doing stuff in other styles other than pure tech-house. I have a solo project called “HELMS” where I try out a slower and deeper approach – it’s more like electronica or body music.

Sam: I am also working on my solo indie pop project “Woven” together with a friend.

Your new release RGB EP is out now Favouritizm, tell us about the release and what to expect musically?

Robert: We wanted show something from our album without having to wait until its done, because we don’t know how long it will take to finish and release.

Sam: The thing about the track ‘RGB’ is some melodies are magical. Some harmonies aren’t just random hooky patterns of major and minor chords that are in 1000 songs already, but have something truly unique.  And I feel like RGB has a chord progression that has a real character.  Its not something you can easily describe and thats why I think music journalism sometimes struggles with it and focuses so much on superficial aspects of music.

Robert: Stop him before he starts explaining his theories!

You also have a video for ‘RGB’ with you in the Baltic Sea, tell us about the video shoot and the plot behind it

Robert: The idea for the video came from our friend André from Morphium Film, who had filmed the coast in Ireland with a drone. And he thought it looked really awesome to just film the waves coming in and suggested we could do a video for our new track with it.

Sam: Then I suggested to put us in the water too and just film us while we casually lie there.  Oh boy, turns out you can’t in the breaking water for even 3 seconds without almost drowning!  Smarter people would probably have figured that out before they started, but  we learned the hard way.

Robert: And to make matters worse, I had pulled an all nighter in the studio before we went to the beach, so the water was, well, really really refreshing!

You’ve had releases on labels such as Katermukke, 3000 Grad, Audiolith and Stil vor Talent. Which have been your biggest releases so far and have you got a personal favourite?

Sam: The release with biggest impact so far was our Seven Days EP on Katermukke. It had the title track “Seven Days” on it, where i’m especially proud of the riff i wrote and the text wrote on it a year later when i rediscovered the riff. I was swimming in a pool really really hungry and then it just popped into my head, “seven days with only whine and some bread to eat, we would really give our souls for a piece of meat.”

Robert: “Til it’s gone” was also on that EP and its one of my favourite umami tracks. We just deconstructed it and rebuilt it from scratch for our new live set!

A birdy tells us you’re in the process of finishing off your debut album, what can you tell us about it?

Sam: It will be different from what we have done so far. I don’t wanna go all misunderstood artist here but we have been searching for our true identity for a some time now.I guess a lot of people think we are what we did 4 years ago and don’t know the scope of what we are trying to create. The album will change the creative direction of the umami ship a little bit.

What’s your studio set up like and who does what?

Sam: Robert has a bazillion synths and stuff in his studio. Including an original Minimoog. I love it to visit him and we just pour ourselves some whiskey and start jamming on his devices. There is nothing better than having some awesome midi chords you just created fed into an prophet and playing around with knobs while recording.

Robert: You are always just laying on my couch and giving instructions!

Sam: Yeah i realized in the last couple years, that i don’t want to be a producer. I was always struggling with producing, mixing, selecting drum samples, tweaking synths. I find it boring and annoying. I love creating melodies, writing lyrics and songs and adding layers of new ideas to existing ones. But i have no problem to work with Ableton enough to do just that. But everything beyond that should be done by someone who really loves doing it.

You spend a lot of time together, what are the pro’s and cons of working as a duo and do you argue much?

Robert: First of all, when you’re traveling as a duo, you can share a lot of the negative aspects. It feels better not to be alone when a flight gets cancelled or something like that. Thats one of the reasons a lot of solo Djs have a tour manager with them.

Sam: Working in the studio together is so different from working alone. Every night in the studio you have your own little party with your own little artistic journey together. And when a new riff rocks and the euphoria kicks in, you don’t have to ask yourself, “Is it just me or is this really awesome?” and wait until the next day to hear an opinion from someone else.

Robert: I think it was 7 or 8 years ago in my hometown Rostock. We played a live set made up of tracks we had produced together and i remember Alexander Kowalski was the headliner playing after us.

Sam: Not a single track from those first 20 or so tracks for that set was ever released. And not one of the 20 tracks for the second live set either. So many hooks and ideas on a hard drive somewhere, i should go back and listen to them and see if there is anything of value there.

You DJ a lot around world, where are your favourite places to play?

Sam: Its hard to highlight places because its always about the people. You can have a mediocre party in a city and have an insane party a year later at the exact same location. When people click to your music and you synchronize with your audience, however cheesy that sounds, it doesn’t matter what place, time, or size of location it is, it will be awesome.

What gigs are you most looking forward to this summer?

Robert: We are rehearsing our brand new live set this week and will play in two days on the Because We Are Friends Festival. We have cut down all the tracks we wanted to play from our album and from our past into little pieces and are constructing something new out of it.

Sam: That means we will probably do a lot of mistakes and hopefully not be booed of stage. So by the time this interview is posted we will either be really happy because what we had in mind has worked out. Or we will be in the studio rehearsing to prevent another disaster from happening.

If you could play a back-to-back set with any DJ in the world, who would it be?

Sam: Pan-Pot? I really like their sets, even if i don’t know if my track selection would be a good match for their style…

Which track holds the most precious memories for you?

Sam: That would be the Manuel Tur Remix of “Take The Fall” feat. Pete Josef by Paskal & Urban absolutes. I have been loving this track for years now and I often play it as the last track of a great party, when I’m really drunk and in the mood for that last bit insanity at the end. Thats why I associate some very good feelings with this track:  Every aspect of it is bad ass, the synth riff, the vocals, the drums, the build up in the breaks.

Robert: Basically every track we played when we played on the Turmbühne stage at Fusion Festival in 2015. It was really an honor for us to play there because we both had formed our connection to dance music on that festival for many years. But one track in particular stood out for me. We played the Lido remix of “Ain’t no sunshine” from Bill Withers. That track has an amazing drop but it has a completely different tempo than tech house and is more dubsteppy than anything else. But the surprise and the change of pace had an insane impact on the audience. Many people told me afterwards, that it really was a special moment for them. 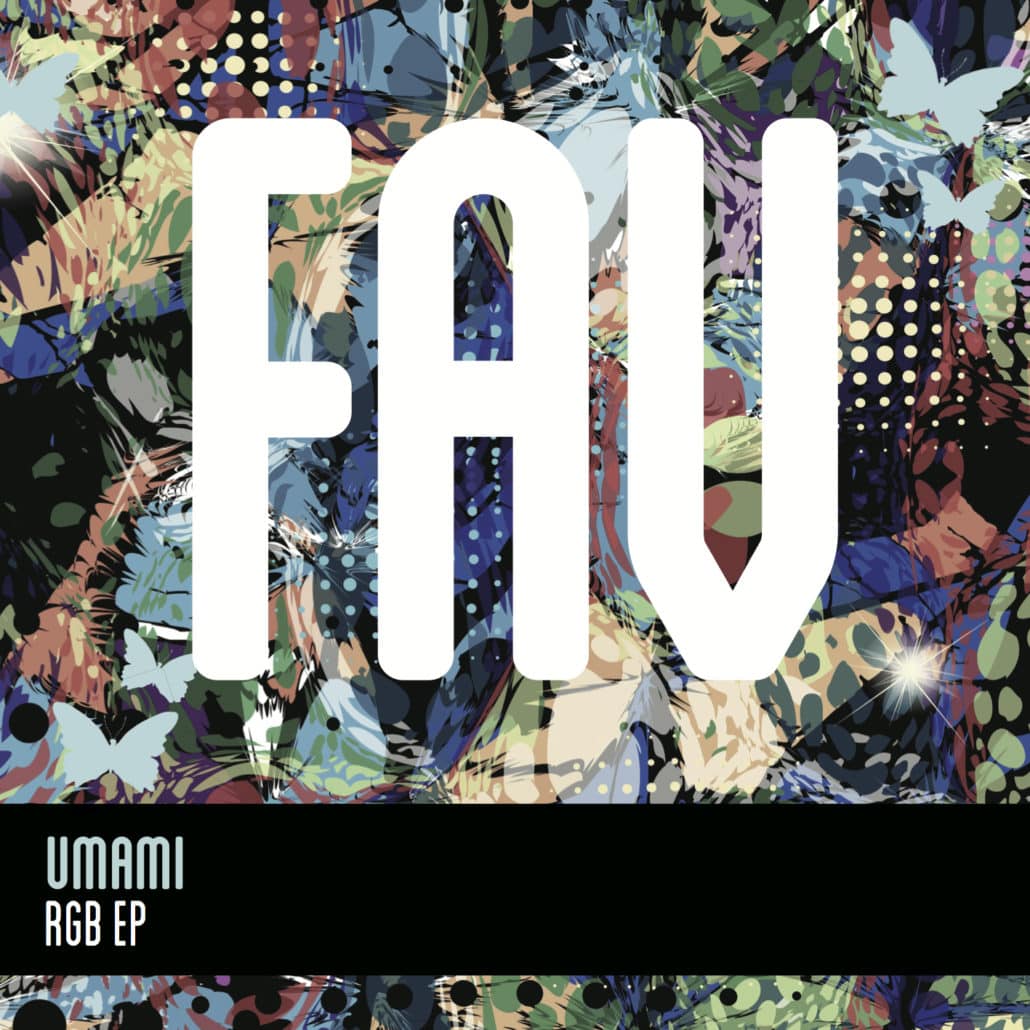 Umami’s RGB EP is out now on Favouritizm, available via Traxsource and Beatport