In Interview: Emika vs Pinch 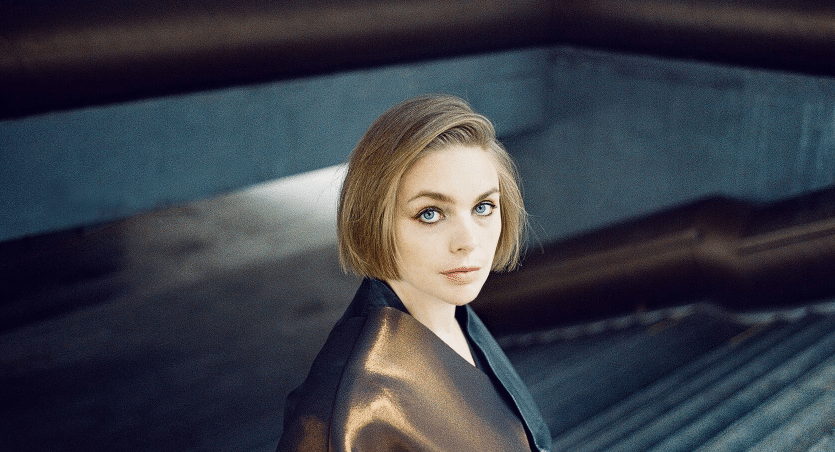 In Interview: Emika vs Pinch

Emika’s 6th studio album Falling In Love With Sadness reflects a renewed understanding of Emika’s own genealogy, kindred lineage and its connection to modernity. Marking a drastic departure from the menacing, stripped-down qualities of albums past, Dva and Drei; Emika has resurfaced with a new upwelling of sound gracing the bittersweet, melancholic and sanguine.

The album was released on World Mental Health Day, Oct 2018, and now one year later, Emika is set to release a very special remix EP following on. She has called upon the unique sound-worlds of electronic music’s most compelling artists.

Pinch, a pioneer of UK bass-driven music, is considered to be one of the most groundbreaking, explorative producers to emerge from the UK dubstep scene. Rising techno star Julia Govor is an artist doing things differently, paving her own way with her own label, receiving recognition from the global dance music scene. Rebekah needs no introduction, pioneering her own intense sound, now entering her 20th year in the business, she is a serious artist with some seriously heavy vibes. Underground Berlin talent Headless Horseman, although shrouded in mystery, is in high demand worldwide to perform his unique live sets at some of the biggest clubs and festivals. Not to mention Emika produced the original album material with cult electro icon The Exaltics.

This remix EP explores 4 clear sound worlds in electronic music today. Experimental bass music, hypnotic and dark techno, and electro. Pinch creates a seductive environment for a scene from which could have been from David Fincher’s Fight Club, one which threatens to overload at any given time, but retains tension until the end, using Emika’s voice as the narrator for the scene.

Recently, we asked Pinch and Emika to sit down for an exclusive chat with one another. This time, we just listened and let them do the talking. Below is what ensued…

Emika: I first met you at a house party in Bristol around 2006 by chance and we got talking about music. I had just arrived in Bristol to start my music tech degree and was pretty curious about the scene there and if trip-hop still existed. To my surprise, you really gave me a full and detailed run-through of exactly what was going on in the scene and it sounded so on point, when you invited me to one of your nights at The Black Swan, I was decided upon going. At that time, the music style didn’t even really have a name, you just said I should come and it would be cool.

When I got there, I was completely blown away by the music, mainly because there almost wasn’t any music, but such a huge unique sound vibrating me to my core and causing me to close my eyes and to completely lose myself. I have had a similar experience in the past as a newbie in the Berlin techno scene in Berghain, but rarely does music have such an effect on me. This experience has stuck with me through the years, and I long to experience a new genre again.

If it is possible to put it into words, what was going on in your head back then? How did you manage to create a new genre for yourself? Is it something which developed over a long time? Did other artists help you to find this sound?

Pinch: I definitely can’t take credit for setting up the sound of dubstep – there’s a whole, well-established lineage that runs from Croydon/South London that was well going before I came along! At the time I discovered the dubstep/London scene circa 2003 I was in a state of post-D&B obsession and looking for something new to fix my cravings. I was searching all around the record shop again, instead of just the D&B new releases – trying to join dots between things like Rhythm & Sound / deep dub flavoured electronica records; UK-garage and instrumental grime; Basic Channel and related techno cuts…

When I heard dubstep and its related cousins (break-step, inst grime/sublow etc) at FWD>>, it struck me deeply. I tuned into that space very quickly and quite obsessively. I wanted this to be a sound and movement that had a home in Bristol, which then led to the Context (2004-5), Subloaded (2004-) and Dubloaded (2006-13) events. Bristol took well to it and I’ve really enjoyed being a part of the strong community of producers, DJs, MCs and fans of music that grew around those events. It’s always a community that produces a new ‘scene’ like that – never an individual.

Emika: Since your first release, you run your own label Tectonic. I run my own label too, we are producers, DJ’s, business heads, collaborators, we have families. How would you sum up this sort of life?

Pinch: I’d say it’s the kind of juggling you have to do if you want to be independent and control your own destiny! I think whatever your position though – there will always be days when you’re thinking – “Christ, is this really worth all the effort?”.. and days when you think, “ah this is what it’s all about!”. It’s all about finding your own balance between contentment and a motivation to progress, change, develop.

Emika: On the subject of business, I borrowed your ‘hope ya doing well’ line from your emails to me and starting to also put that in my emails to other people. It was something nice and real I always appreciated from your communication. Is there a business style or thing which you have picked up along the way from someone else?

Pinch: Ah you’re welcome – hope it spreads on and on! Can’t think of any similar examples off the top of my head – but I guarantee there are many tucked back there from over the years. With business – or with people in general – I always think it’s respectful to be upfront and as straight as possible about everything.

Emika: I spent many years sat making beats trying to recreate this fat amazing kick drum sub sound you did on a track, only to later learn it was a file you had from me which you upgraded somehow. How do you manage to stay connected but also forward-thinking with your sound?

Pinch: Not sure I can remember which kick that is now but that’s nice to hear! As for my sound – I don’t really try to be anything, just to be honest with myself about what I like, what interests me musically, or which sonics interest me. I’m always longing to hear something I can’t understand – how it was made/achieved – or something that takes me away from what I already know.

When I do hear something like that, it motivates me, reminds me that there’s still lots of space that hasn’t been explored yet – I find that energising. It does get harder to find these kinds of ‘hits’ the longer you’re alive and listening but there’s always something out there you’ve not heard yet that might just do it.. It might have come out 30 or 60 years ago even. You might have heard it already before but you weren’t really listening at the time.

Emika: As a bass music pioneer, what do you think about techno music?

Pinch: About 5% of it is absolutely fucking amazing. Techno has always had a big place in my heart – but I’m really picky in terms of what I like.

Pinch: Yep, that’s probably how Brexit will play out for the UK. 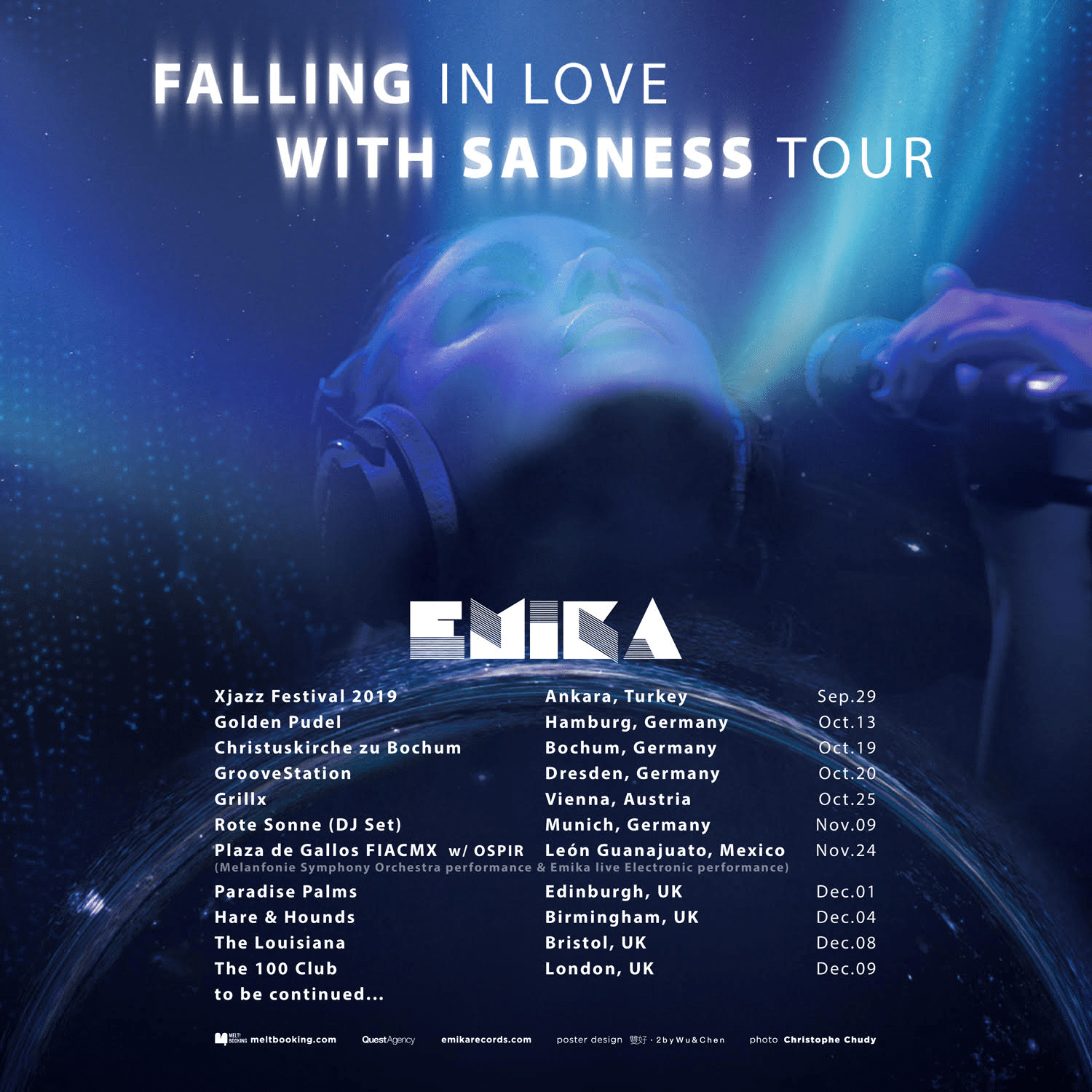