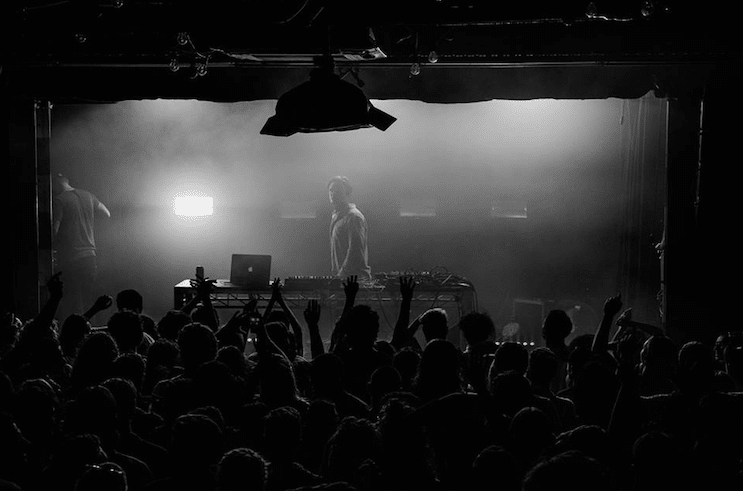 Real name Jack McAllister, Willaris. K shared his debut EP Alchemy with the world earlier this year, showcasing a dark and progressive sound that comes to life during his energetic live shows.

His latest two tunes might sound a little familiar to those who have been keeping up with the Australian artist, especially so because he has been playing a version of “Natural Selection” for a while now. As per the usual Willaris. K style, “Natural Selection” is a driving number, somewhere between techno, electro and house, with a constant build throughout that leaves the listener eager for more, while Cobaki Sky (Prequel) seems to allude to something bigger on the horizon, perhaps the much-awaited debut album by a producer whose popularity is on a meteoric rise.

In 2017-18 McAllister played an unrivalled number of festival shows in Australia and NZ with over 25 live sets brimming with his trademark punk-influenced stage presence – all ahead of his international debut at Coachella this past April and debut sold out Australian headline tour. With his debut European festival appearance (Forbidden Fruit) and a landmark set at iconic Berlin club Watergate, the foot is firmly on the gas.

Hey Jack, how it’s going? Tell us your story of how you started making music under Willaris. K.

Good thanks. Willaris. K only really began when I first started Alchemy in February 2016, but I first started experimenting with Ableton in 2013 when I got a residency and TBC club in Brisbane. Just making edits to play out and that slowly transitioned into writing my own music.

What are some current artists you’re feeling these days as far as production goes?

I’ve been getting around the stuff coming out on Illian Tape a lot, like Skee Mask and Djrum. The new Max Cooper album is amazing too.

The ones above always get me excited to dive in and try new things, ambient music seems to get ideas flowing for me. But a lot of the inspiration comes from life experiences, I just finished a tour and moved to Melbourne so there’s a lot to draw from. I take a lot from the live show.

You’ve just put out Risen (Throwing Snow) remix, how did this collaboration emerge?

I’ve been a fan of Ross’ music for a long time, his album Axioms came out around the same time when I was writing the first Willaris. K tracks and it definitely had an influence on my music. I hit him up with Risen and he was into it. The remix is massive.

What song stands out to you on the Alchemy EP?

Hard to pick one, I have favourites for different moments. Dour Nights is always a huge moment live, usually the closer so whenever I hear it that’s where it takes me, the last moments of the show where everyone’s just in it. Alchemy is what started it all so that always gets me. Production wise I love the simplicity of River Song, I wrote that first take at a piano lesson in 2016 using my iPhone’s voice memos. Can’t choose!

You’ve had an impressive last few years, especially with this last year including the Australian tour, Coachella, releasing Alchemy EP then playing festivals and shows in Europe, what stands out to the biggest moment out of this?

Playing overseas was wild but it’s hard to go past my own headline shows. The energy is insane. Can’t wait to bring the new live show/light show overseas.

What techniques do you experiment with to get your original sound, is the process different every time?

I find mixing it up keeps it interesting but I love manipulating audio. Stretching things. Resampling. Recording shit with my iPhone. I’ve been able to buy a bit of gear now so having everything linked and jamming always brings something interesting.

What else can we expect from Willaris. K the rest of this year? And into the New Year?

New music coming out soon. I’m deep in writing my debut album at the moment so that should come out some time next year. Other than that I’m looking forward to playing a few festivals here in Australia over summer then heading overseas next year.