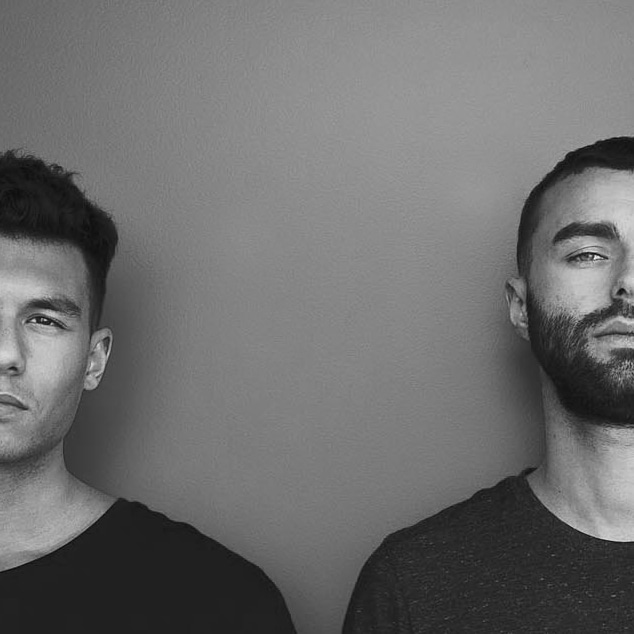 Yamen & EDA have been friends since they were kids, and anyone who’s experience their music won’t be too surprised to learn this. Boasting an almost telepathic understanding of one another’s musical thoughts, their tracks play out like grandiose statements, regardless of whether they veer toward minimal planes or more peak-time pastures.

Born and raised in Montpellier, France, theirs is a sound that is every bit as sophisticated as the country they call home. Recently, the guys have set up their own label, Maison mere, a home for music they love which caught our ear recently courtesy of their most-excellent Retrospect EP.

We put a few questions their way recently to see what they had to say about it all, and here’s what went down:

Lets start by talking about your hometown of Montpellier. It boasts a pretty active scene, right?

It used to be one of the most active French scene back about 15 years ago, but today it is a bit more complicated, even if a lot of new artists and promoters are making some waves at the moment.

In terms of local artists, who would you recommend we check out?

There are not too many producers in Montpellier, but a lot of good DJs so itt’s hard to pick one, but we’ll say that you should keep an eye on Nunes and also watch out for Robin cerf and « Modal ». They are throwing great parties and making waves as DJs now.

And if we’d 24 hours to eat, dance and party in Montpellier, what would you recommend we get up to?

So first, if you come around just before summer time, you want to check the beach, which is beautiful and not too crowded at that time of the year, you can eat there as there are a lot of good restaurant serving fresh seafood. Then you could go into the city center have some drinks as there are lot of bars there.

Then if you’re lucky you’ll have the chance to party at the Amour parties which always do great lineups with artists such as Zip, Raresh etc. Maybe you could go check what the guys from Modal are doing too!

For the afterparty, you’ll easily find someone in the club who will invite you to a nice city centre apartment. Apart from the party the city had a lot to give in terms of nature and landscapes so we recommend you to stay more than 24 hours definitely!

And what about Bar Live, where EDA’s mum used to drop you both as 17 years olds! What was it that was so brilliant about it all for you both?

We had a nice time there, some great memories! it was one of the most famous after parties in Europe, so that’s really where we discovered this minimal sound. Back in the day DJs were playing great music there, there were a lot of nice bookings, but it’s been closed now for a while. But yes, some great times in that place together!

Did you get on straight away? Or was it a common love of music that brought you together?

We actually started making music on our own but we had a few projects that we were working on in common, such as a label and parties back then. We knew we were from the same town thanks to MySpace, then we met and step-b- step we had a few studios sessions that worked well together and it’s sort of flowed on from there…

We noticed you made your fabric debut a while back now alongside Adam Shelton etc. How would you describe that experience and does playing there mean you’re naturally keen to replicate similar experiences again?

It was such a nice but stressful experience, honestly we almost missed the gig. Our flight was 2 hours late, we were supposed to play at 11pm but we arrived in London at 1am, so when we started playing we didn’t realize that we were playing actually – it took us few minutes to figure it out. But it had always been a wish to play in that club so that was pretty magical to play there; so 100% yes to replicate the experience again minus the flight delay is high on our list of agendas!

As DJs, do you prepare for a set like that any differently to how you would a local set?

Honestly, we put the same amount of energy and focus into a gig no matter where we play. We always try to select tracks and records according to the club and what we feel at the moment, but we also try not to prepare the set too much. We think it’s important to ‘go with the flow’ and keep the crowd moving. Concerning fabric, we knew it was an important one so we selected our records more carefully than usual, yes.

Naturally a lot of your music is influenced by musicians outside of France. But in France, who have been the biggest influences of the music you make?

We can say that artists such as Dyed Soundorom or Point G have been very inspiring. Both for the quality of their selection and how the produce music.

Your music seems quite indebted to minimal and microhouse sounds. What is it about this sound that you means you naturally move towards it?

We started listening, playing and producing minimal and house, so that’s really the combination of our influences, we naturally moved to it. But we really play and produce records that we feel and it can carry from house to minimal to garage, but micro house is the main style even if nowadays it’s pretty hard to put define our sound.

I believe you guys started making music together after EDA broke up with his girlfriend and went to stay in your place, Yamen! So I guess my question here is, was it fate that brought you together as a musical duo? Or do you think it would have happened at some point anyway?

(Laughs) That was the starting point yeah, even if we already knew each other and we had already played together. It was the first time that we produced tracks together and we felt that something good was happening. We think that it would have happened at some point, but there was a little help from destiny for sure!

You’ve just kicked off your new label. What’s the idea behind it all and what should we look out for with this one?

Maison mere, our label, is a platform to collect and release music from artists that we like. It will mainly concern our friends, and our music as well, without any kind of limits concerning the style of it.

It’s mainly oriented on more minimal and house sound, but you will totally be able to find garage, breakbeat, more techno or electro stuff in there too. As long as we like it we will release it.

By creating it we really wanted to release our music and try to combine dance floor stuff with more personal oriented music.

In terms of sound and aesthetics, who or what influences you guys the most with the label? Is there one label you look up to in that regard?

Concerning sound and aesthetics we try to do something that looks like us and that we feel good with, as we said we are very open minded with the music we want to release, as far as we like and feel it. But there are many great labels who are lasting through years with amazing music and aesthetics and are examples to follow in terms of work and dedication such as Slowlife or Perlon.

Apart from music, what else have you got coming up that you’re really excited about?

And last question, how would you describe the other person using only 3 words?

Yamen & EDA’s Retrospect EP is out now on Maisone mere