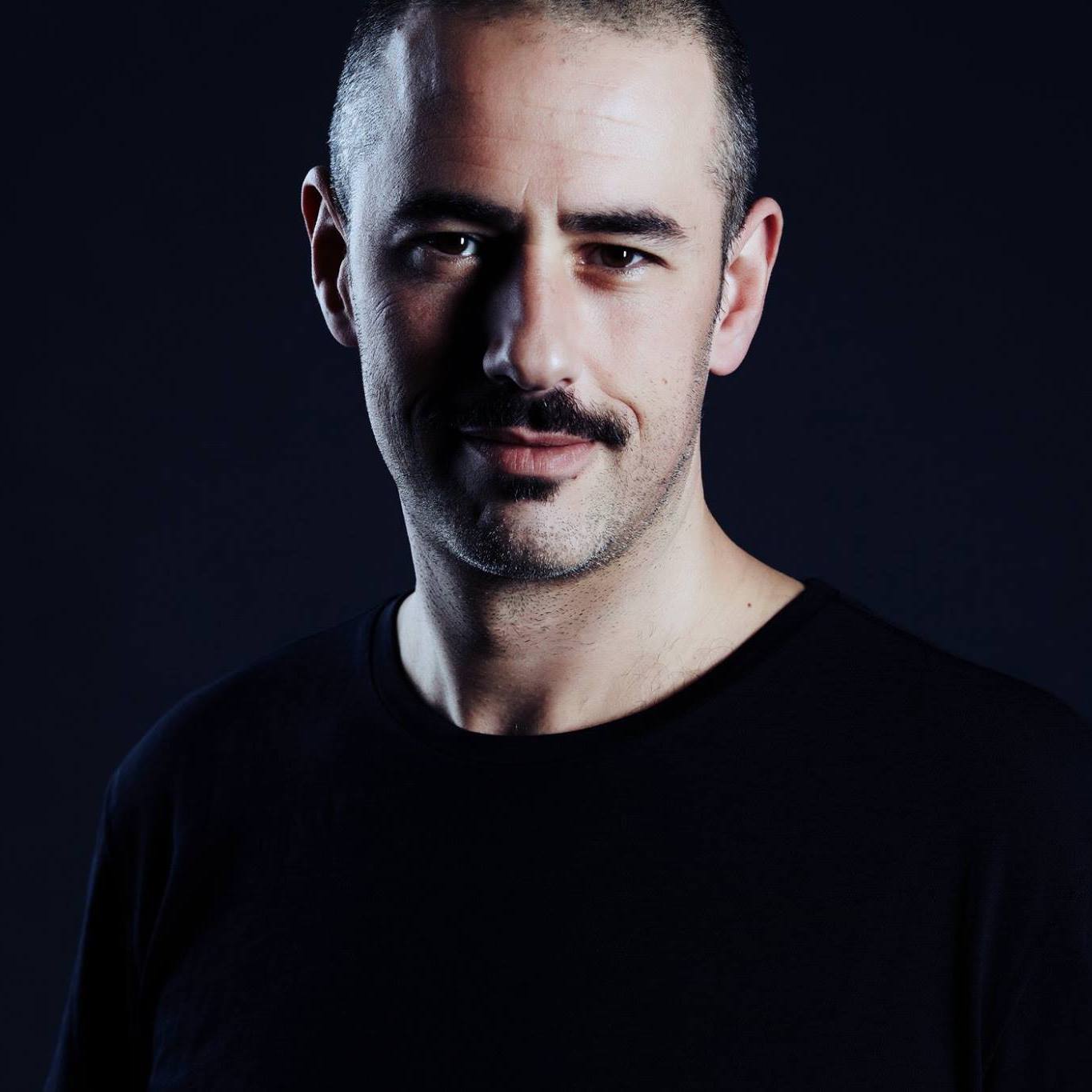 Markantonio is one of the leading and renewed DJs of the international techno scene. A flagship artist in his native Naples, Markantonio started playing with decks at the tender age of fifteen, and only four years later his talent exploded at the feet of Vesuvius! In then late ’90s Markantonio’s name and music spread around and he became a leading fixture on Naples’ most exciting parties, as well as labels such as Recycled Loops, Shake Rec, Tortured, Conform, Superbra, and more.

Fast-forward twenty years to today and Markantonio has still got it. In the decades that have passed he has played a pivotal role in furthering the techno scene of Napoli and Italy, giving a first platform to many of the artists that have since emerged from his home city.

The new release on Markantonio’s label AnalyticTrail is a three track techno EP and a collaboration between the label boss himself and Atroxx. This EP, entitled Octave Shift, is a showcase example of why Markantonio has maintained his cutting edge status for all this time.

With so much history to talk about, 6AM had an expansive chat with the producer and label boss to discuss his story, the influence of his label over the years and much more

Hi Markantonio, it’s nice to talk with you. I understand you are based in Italy, what’s the weather like this time of year, have you been spending much time outdoors?

Yes, I’m based in South of Italy, Naples. Around this time of the year you start to feel the summer is coming, and in my opinion is the best time to walk around this beautiful city.

Let’s start by talking about your label AnalyticTrail, as your latest release is soon to be released on the imprint. Does the label focus in on a certain sound, and do you have any concept behind its image?

Analytic was born in 2001 and it has always been a techno focused label. In the beginning it was planned only to release my productions, but after a while I started receiving some demos from artists based in my hometown.

Right at the beginning of their career I gave opportunities to many great artists, such as Joseph Capriati, Luigi Madonna, Roberto Capuano and many others. I’m proud to say I have released music from them and played a small part in their career. Those guys I mentioned are just a few of the people to feature on Analytic, there have been many others who we have also worked with.

Later down the line, we also started working with international artists which lead to people like Alan Fitzpatrick, Flug, Jasper Dahlbäck, and Layton Giordani all making contributions.

Regarding the image design behind each release… I’m working with different graphic designers, and I’m focus on finding artists that illustrate everything by hand, as I find this organic way of working a great way to get something that is related with nature.

Before catching up today I checked out your next release titled “Octave Shift” and really liked the style of it. Can you talk me through the equipment used to get that darker techno sound, as I’m always curious to learn about people’s studio set up?

I made this track in collaboration with the Canadian artist ”Atroxx” and we both spent time working on this project. We both use Ableton and took turns in working on the project then saving it to Dropbox, so the other could then update any changes until the track was finished, and I’m really happy with the final result.

We mostly used a selection of virtual instruments but also an analogue drum machine and some vocal samples that we completely reworked with external effect. Basically, my studio setup is a mix between analogue and digital, and I guess nowadays is the best way to reach the maximum sound quality.

Speaking of your Octave Shift EP, it was produced in collaboration with Atroxx, how do you guys know each other, and have you worked together before this release?

I’ve known “Atroxx” because he had already released two solo EPs on my label. From the first demos I received by him I was impressed with his original sound and the way his kick drum always punches. Then I met him personally at ADE in Amsterdam two years ago, and after few months later we decided to work on a project together. I love to work with other artists, as music is also about sharing emotions, so I really like making music in collaborations with others.

After checking your new EP, I also looked through your back catalogue, and can see you have also released on house focused labels like Snatch! Records. Do you find it easy to switch between different genres, and do you always know what style you will be making when you first start work on a new tack?

I’ve produced music since 1999, and I can honestly say it’s my passion, but if you always do the same thing when you’re in studio you eventually feel a bit limited. Once you feel limited then you sometimes lose the right motivation, and as a result the music also starts to lose its quality.

Basically, I just make music I like, then when it’s finished I choose if I’m going to release it or not, and on which label it could fit.

What’s the local club scene like where you grew up, and how did it influence your DJ style? As I understand you started your career as a DJ before moving into production?

The scene in Naples is really exciting and it’s been intense since the ‘90s. In the city we have many parties every week, and there are many good promoters plus producers and DJ’s. Not only producers from the techno scene, but also in many others genres of electronic music.

For sure my first experience with clubs and music was in the early ‘90s when I was just a clubber. I’ve done lots of traveling as I’m fascinated by different cultures and moved first to Madrid then to London.

London in particular formed a big part of my musical taste as there was many places to buy vinyl in those years, so when I was living there and I had the chance to listen to tons of music, and I also attended many parties and raves in London. When I came back from London I built my original studio, and in ‘99 I did my first release.

My first release was an EP made in collaboration with Davide Squillace on Marco Carola’s label Design Music, and it’s crazy to think that 19 years later I’m still releasing music.

You have been working in music for many years now, and have certainly established yourself as one of Italy’s leading electronic music artists. Do you have any words of advice to younger artists who are trying to breakthrough?

To be honest being a DJ is something that you have to do just for fun, and the same is also true for producing music. I think that you need to be having fun with music otherwise it doesn’t work at all, and no one should be doing music just to become famous and rich as that doesn’t work at all… when you have fun in what you are doing then every sacrifice will pay off.

What other labels do you have forthcoming music due to be released on, and are you booked to play any festivals or Ibiza dates this summer?

In June I will release a track on Pan-Pot’s label Second State, which I’ve made in collaboration with Valerio Corrado, then in July I’m also doing an EP with Valerio on AnalyticTrail. Concerning festivals, in June I will be playing at Awakenings in Holland, and I’m very excited for the event.

It’s been great speaking with you today, before we wrap things up, do you have anything extra you want to add or mention?

It’s been great talking with you, and thanks to all the people who support my music.

Thanks again for taking time out you busy schedule for this chat, I look forward to hearing more of your music in the coming months!