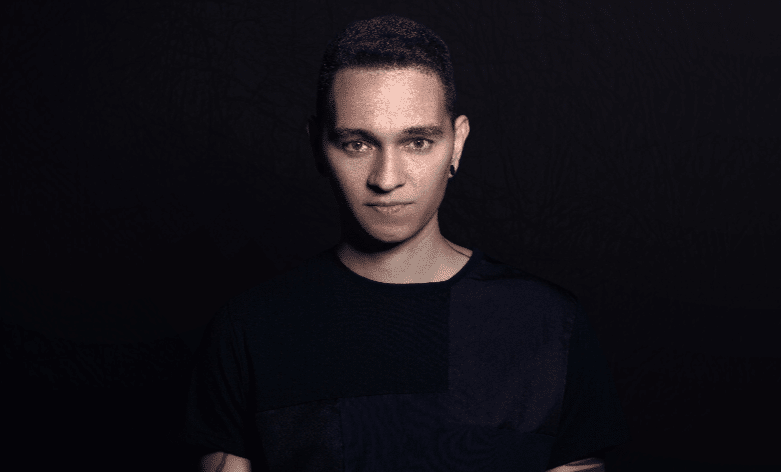 Known for his unique mixing technique ­ which according to many witnesses is close to perfection ­ and for his singular vibrating and energetic performances; Lucas Freire does not leave anyone indifferent when he takes command of the DJ booth. His connection with the crowd is exceptional something that he developed over the years playing in some of the best clubs and festivals of the world.

Lucas Freire started his DJ career in 2000. His great technical ability, superbness in the mixes, and his vigorous way of expressing himself through music in the DJ boothmade him one of the most respected DJs in the Brazilian Techno scene. His rich knowledge of the industry and his intense commitment in numerous projects helped to expand the electronic music culture in Brazil which eventually brought him even more respect worldwide beyond simply being a prominent DJ. He was a resident DJ at the legendary Club A Loca and Lov.e Club, as well as leading projects such as Club Play, Kraft Club and Techardia party, which placed his city, Campinas, on the map of the electronic scene.

In 2004 he made his first tour in Europe and became known internationally. As expected, the European public acceptance was outstanding and Lucas spent the following 2 years traveling the old continent to perform at some of the most important clubs and festivals. Since 2007 he lives in Barcelona, Spain, where he continued to evolve in his career, managing his record labels and developing his impeccable work in the studio.

Freire recently joined the OFF Recordings roster with a debut EP offering that is a diverse combination of 3 originals and 2 remixes by Oliver Deutschmann and Tom Hades. Euphoria does what it says, thanks to its uplifting bell-hook. Beyond Democracy takes things to a darker direction with a mean synth theme. Sleeping Beauty is a deeper affair, with melancholic pads, perfect for the later hours of the night. Oliver Deutschmann, hot on the heels of a string of releases on labels like Mote Evolver, Hotflush, Innervisions and Suara, delivers an equally driving and trippy remix to ‘Sleeping Beauty’. FInally, Tom Hades, one of Belgium’s most notorious DJ/producers offers a truly epic journey with his slowly evolving interpretation of ‘Euphoria’.

We caught up with the man-of-the-moment to dig deeper into his career and what is ahead in the coming months. Read on and make sure to check out his Euphoria EP out on OFF Recordings via Beatport.

Hi Lucas, where are you currently based, and how are things in your part of the world?

Hello. I’m originally from Brazil but I’ve lived in Barcelona for about 11 years now. The city is fantastic with a strong and vibrating atmosphere that I must say is very inspiring for an artist or musician. The techno scene here in Barcelona is also great to be a part of, there are lots of fantastic local artists, and a lot of amazing people from all over the globe play here on a regular basis… plus we also have Sonar.

Having heard your music before I’m familiar with your techno orientated music, can you remember the first time you discovered the genre, and where you were at the time?

In my early days I was listening to a bit of everything, but mainly electronic music. When I still lived in Brazil I used to go out often to a few of the local parties, and with time I started to recognize that there were a few DJ’s that used to catch my attention more than others. As time went on I came to understand that these guys were playing techno. Early on I didn’t even know the difference from one style to another, so my inclination for techno came from a pure heart and mind. So, I guess you could say I instantly fell in love with the genre.

When it comes to techno, what’s your philosophy on what makes a good track?

First of all, the track has to grab my attention. Sometimes a track sounds great in terms of its production, but it just does not transmit anything individual or special for me, as through its percussive nature some techno tracks can be very similar… there are only so many ways to program a drum machine.

Sometimes the opposite also happens, as someone can have a great original idea, but it can be badly produced and sounds terrible. This might just be because someone is new to production, and they have a great raw talent, but need more time to practice their studio skills.

For me it has to be well produced, but also has an original sound that makes it stand out for being a bit different or unusual, so it somehow touches my soul when I listen to it.

You yourself make music, and I listened through your forthcoming release on Andre Crom’s label OFF recordings before this chat. Can you talk me through the idea behind each of the tracks?

For “Euphoria” I wanted to go more old school and keep it stripped back so it had a clear but powerful sound with lots of definition. I also kept the track simple because I wanted it to be accessible to play for a wide range of DJs.

When working on “Beyond Democracy” I wanted to explore heavier synth sounds and some more frenetic percussion rhythms, so the EP has a raw and aggressive sounding tune to give it some contrasting moods.

With “Sleeping Beauty” my idea was to make a darker track with a deep feeling. I didn’t want to complicate things so much with the main synth and also kept the percussion to straight forward, and I’m really happy with the way it turned out, as it always works well in my DJ sets.

I really enjoyed your release on OFF Recordings, and though the remixes from Oliver Deutschmann and Tom Hades where both a nice addition to the EP, did you have any involvement in picking out those guys to rework your music?

Yes, I did and kept in regular conversation with Andre Crom about the possible artists we had in mind for Remixing the EP. Together we decided that Tom and Oliver were the perfect guys, as they both have their own style, and we knew they would bring a different sound and approach to the EP. It’s always interesting to see how people can have different interpretations of the same sounds, and I loved what they did with my originals. Besides that I have a deep respect for the work of those two gentlemen, and it was a big honour to have them remix my music.

Keeping on the subject of remixing, which artists have you remixed tracks for, and are there any memorable ones you are particularly proud of?

I’ve had the pleasure to remix good friends and artists that I admire a lot and have to say that remixing Ken Ishii was something very special for me. I’d follow his work from before I even thought about dedicating my life to techno and getting the offer to remix him was a real honour. Also remixing Spiros Kaloumenos was fantastic, as he makes amazing music, and being able to remix someone like him is just such a special thing to do.

I also spoke with DEAS around the time of his OFF Recordings release, and like I did with him, I wanted to ask how you first made contact with Andre Crom who runs the label?

I met Andre when he came to a party I was doing here in Barcelona. Me and Fernanda Martins run a label together called Devotion Records and it was a showcase event that Andre came to. I knew his face from seeing him on social media, so I introduced myself and the rest is history.

Recently I’ve seen people asking “if techno has reached its peak following its current surge in popularity”. What are your thoughts on this statement?

In my opinion techno has never been so big, or at least not in the parts of the world where I lived. If someone would ask people 20 years ago if techno would reach the level that it is nowadays, I don’t think anyone would had predicted this reality.

I think there is still room for the style to develop and evolve a lot more, but that does not necessarily mean the genre getting bigger than it already is.

Our industry runs in cycles and things are changing very fast nowadays, so it has become very difficult to predict what’s going to happen next. The key is to be open minded and adapt to the changes without losing your identity or values.

We have talked a bit about the music you make, but I also wanted to touch on the DJ side of things. Do you still play vinyl, or do you find digital formats work best for your style?

I’m a vinyl lover as it is the media that I started with when I learned to DJ. I’m very happy to see vinyl resilience with it starting to be popular again. Many artists choosing to use it as their working media, and companies are investing in equipment for it. Above all though, what I love the most is music, so the media is not the major concern to me. I always say that I prefer to listen to a tight and good set coming from CDJs or controllers, than to listen to someone play vinyl who train wrecks every mix.

I like to feel a flow, be driven into a history, listen to creative mixes among a lot of other things and the media used to make me experience that is kind of secondary for me. For some years I’ve personally worked with music in a digital format, as for traveling around it’s proven to be easier, and safer in terms of potentially getting damaged. A lot of places just don’t have decent turntables, and your records could get lost in the airport… I got tired of discussing with the flight company crew about being able to bring my records as hand luggage on the plane.

I did lose some possibilities when it came to the tracks you can’t also buy in a digital format, and I don’t feel as comfortable with CDJs, but the safe and portable aspect more than compensates for that. I still keep a big vinyl collection at home, and also buy new records from time to time, but they never leave the safety of my house.

Bringing things to a close, do you have any gigs scheduled for the coming months, and what other labels do you have forthcoming music on that’s in the pipeline?

I hit Portugal soon, then we have the Sonar week here in Barcelona, and every year the Off Sonar events gets crazier and crazier. After that I’m in the south of Spain, and it keeps on going from there… all my gigs are on social media, so it’s best to check there for all the details.

My next release is a collaboration track with GRZ (SP) that’s coming out on Christian Smith’s legendary label Tronic. Then I have a remix I did for my good friend P.U.L.S.A.R, which is signed to a Spanish label called Logical Methods Records. I also have a full EP with GRZ (SP) coming out on the Portuguese label Trau-ma.

It’s been great talking with you, is there anything you want to add before we finish this chat?

It was my pleasure. Love, Techno and Devotion.