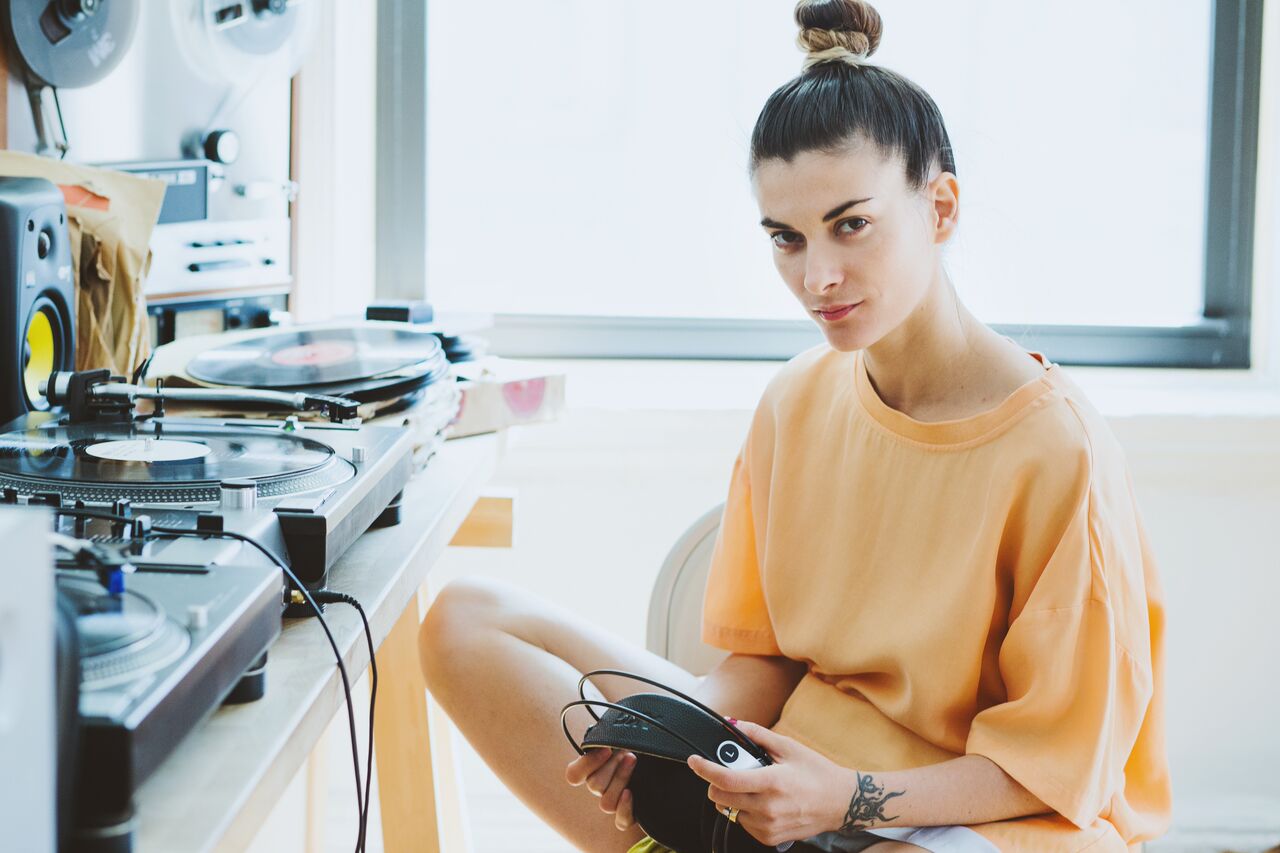 This coming Saturday May 12th Russian producer/DJ Julia Govor returns to Los Angeles to play Exchange LA alongside Second State head-honchos Pan-Pot, and with support from Schmitty and 6AM boss JIA.

Julia has always been one to allow the music to do the talking, but we managed to have a more in depth chat with her where we talk Los Angeles, her past career with MTV, Pan-Pot and more.

Read on for the exclusive interview and make sure you secure your tickets for this Pan-Pot and Julia Govor at Exchange LA here. 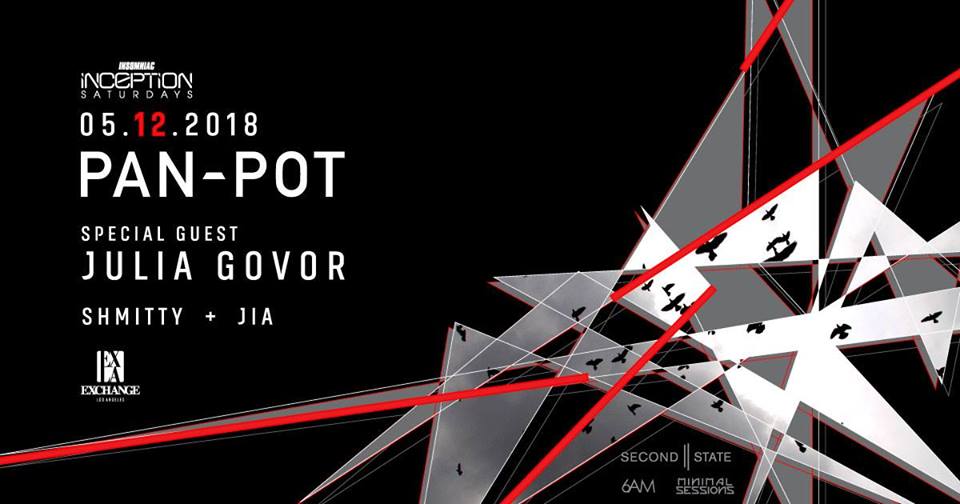 It’s a pleasure getting to speak to you Julia, especially right before your upcoming show in LA! Excited?

I am very excited, I like traveling, maybe more on a train than by air, I really like to look outside a train window for hours. Especially when it is a new destination. I thought about going to LA by train for a moment… it would take me around 67 hours – still not that long. Right? I think I have to start packing now!

This isn’t your first time in the city. What do you remember from your last visit here?

It was a gig for NYE, so when we wake up and went out for some coffee/brunch the downtown LA looked dead, there were few crashed cars in to few buildings and no people on the streets. Looked like in some horror movie and my husband and me were starving zombies searching for a food. I thought that everybody had so much fun last night. The classic January 1st. No matter where you are Russia or Los Angeles, Tokyo or Berlin it look always dead. 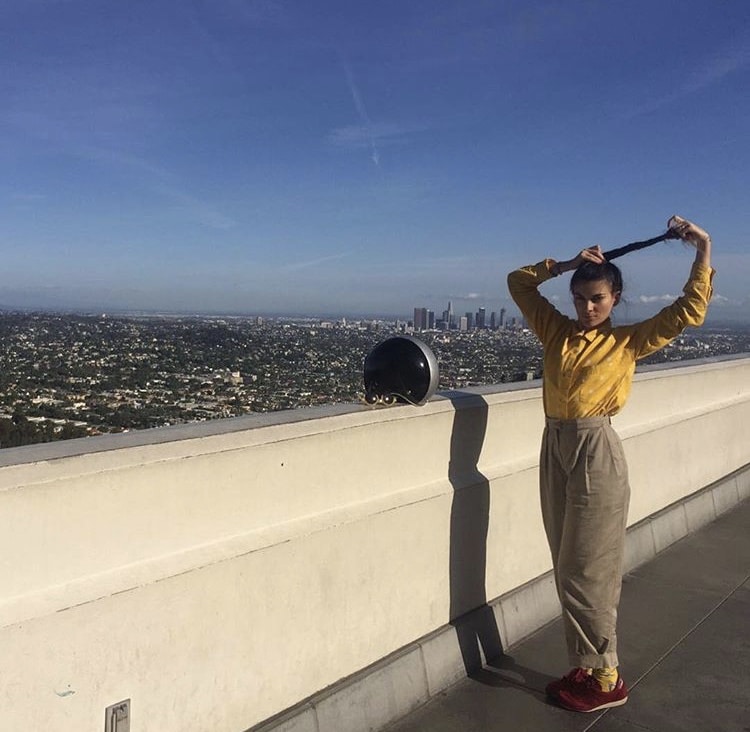 What are your thoughts on LA and are they different than before your first visit?

Most of my gigs in LA were always sold out because I played as support/special guest before Carl Craig, Dubfire and few others artists – so that was interesting and sort of safe. One time I played for very small venue on Wednesday it was super cool. There were “my people” who likes diversity and complicity, who appreciate my enthusiasm and raw energy. It was a show with personal attachment.

You grew up in a small town in what was then the USSR. Was your view of the United States in any way tainted by the political surroundings of your youth?

Tainted? No way, we loved American music, I mean America for us were a country of emigrate, people who couldn’t express themselves in their own country because of some pressure from a government or people who stole money from the government – that’s how we looked at America. But We never spoke about America with some judgment. We loved jeans, Kendal caps and gums. Even it was very far away but growing up by the sea was great opportunity to get new cool stuff first. All contraband was delivered by sea. We loved Sandra Gillette, her record “Short, Short Man” we laugh how an American artist is cool for releasing song like that! It felt like a free country.

Only when I moved to America I found out that the singer got in very big trouble. “if man allowed to sing a dirty songs about women, why can’t women do the same?” that’s what Sandra meant when she got attack regarding the lyrics. We loved this song because there was the voice of a strong woman who sang about something Russian woman even couldn’t speak about! Today the propaganda in Russia is very different – almost every person who I met during my last tour there asked “do americans hate Russians? how did they treat you there?” – I always said: If it would be the case , if they hate me, I would never stay there that long (been 5 years), I moved from Russia, not from America to Russia. 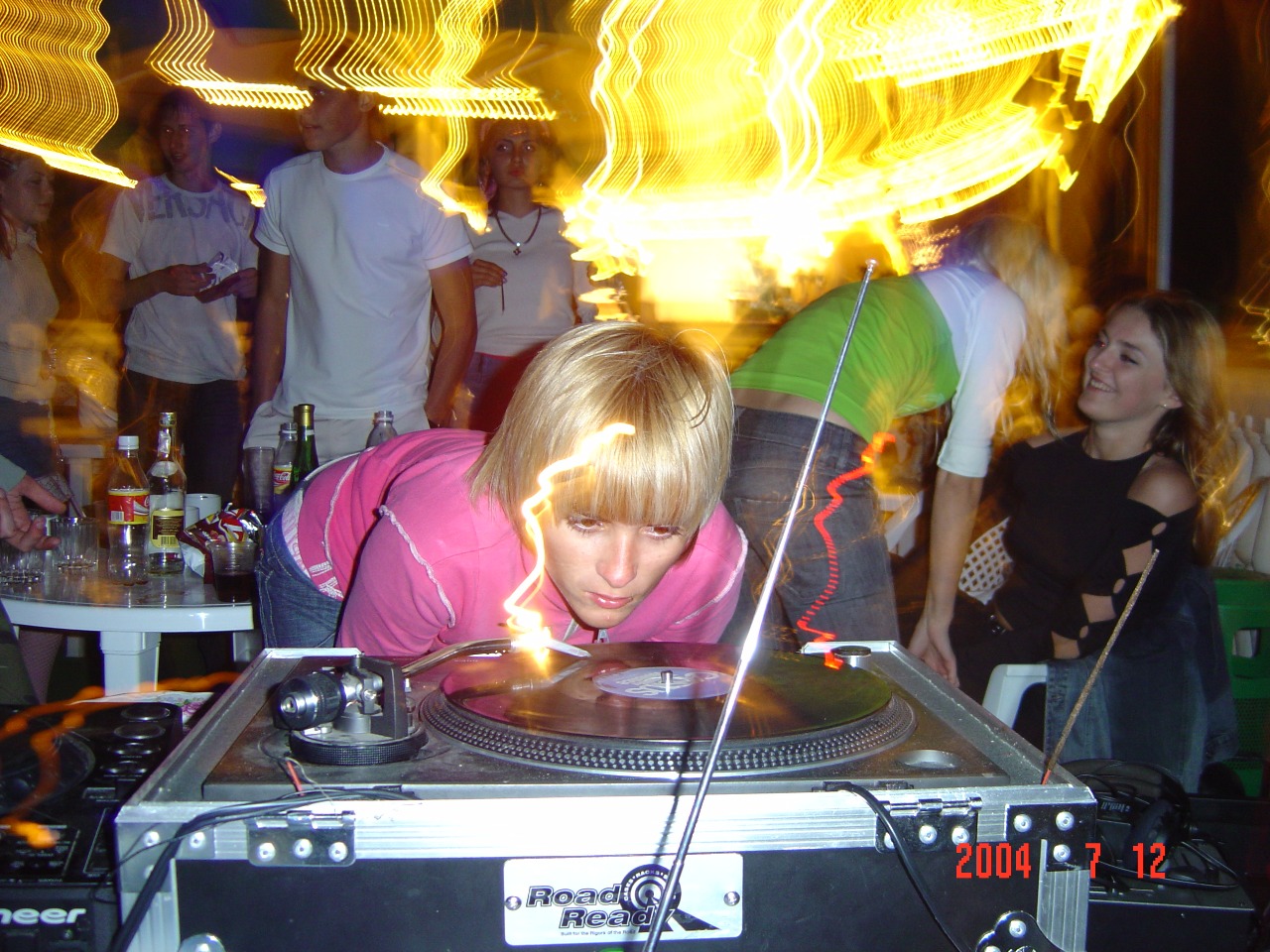 At some point you worked for MTV, which is crazy because MTV has undergone massive changes since those years. What are some of your best memories from the time there?

I left the channel in 2011… just in time! I remember when half of ours music tv shows changed to reality tv shows about how rich kids spending money or becoming musicians for extra attentions, or those TV shows about body parts changes, like it was disgusting to see how people becoming more in to fake boobs and fake love stories, fake talents then into some music.
The favorite part was to do some interviews. I was seeing the life of real musicians and artists – my favorite interview was with Iggy Pop: He told me never try to change in one night, use your weakness to your power points!I had really long conversation about his heroin addiction in the 60’s.

I was going clubbing 3 times a week, I loved everything about dancing nights and days long with eyes closed. That was a time when “synthetic magic” were very popular in Moscow. Our boss were coming to work with big open eyes on Monday. It was crazy. I knew that one day I will lose myself – I have to do something with what I love, I have to take music it to another level.
First it was a TV show about clubs, DJs, festivals, I learned a lot about breaks, house, minimal, techno, drum and bass then I decided to start learning how to make these music myself, mixing, digging. Also I learned during my tv shows about clubbing that 80% of artists are motivated not because of music – because of something else… I really disliked that.

“Enjoying the music and enjoying yourself” is two different things.

Would you say your move to NYC was pivotal for your career?

Ambitions and drive are always good! doesn’t matter where you based, depends on who you would like to be.

What are your favorite party spots in NYC?

Non of the spots won’t be cool without artists and people who comes to support music, the best if I mention musicians and DJs who based in NYC and who you must checking out while you in NYC:

This is very diverse list of artists but these people are extremely talented and doing something special. 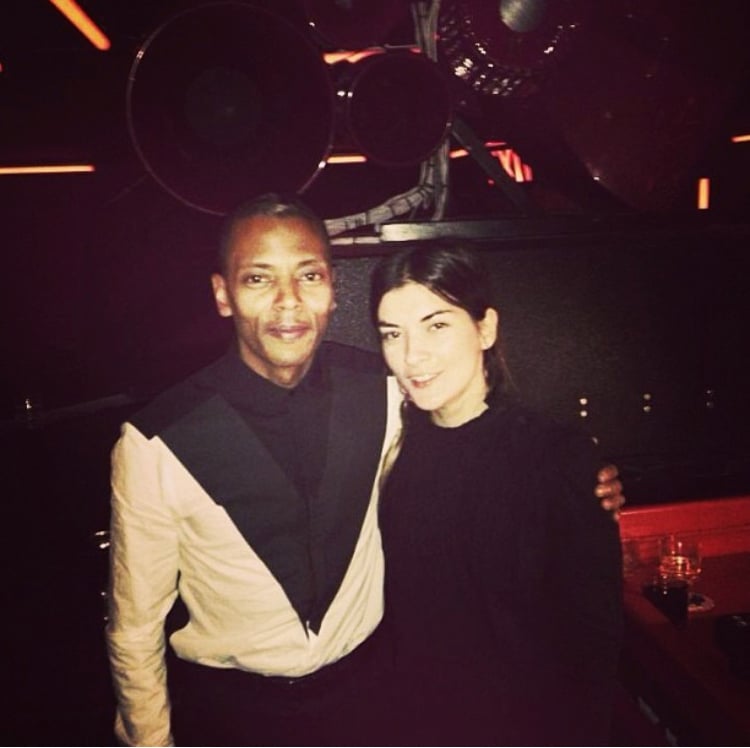 Your sound had, as it naturally should, progressed through the years. Regardless one thing I have noticed is that you’ve shared the decks with many of the industry’s elite throughout your career. Any particular highlights you can share from some of these key nights?

Doesn’t matter with who you played or where. It is about how you can present yourself and your sound to the audience! I am very serious about what I am doing and I would like to be the best in my world at what I do. I like to use any opportunities as a chance to discover something new – knowledge without practice is nothing! Playing shows is the most important part of learning and get connected with the crowd. Sound, lighting all those technicals moments at a venues are really important. You have to understand if the crowd can get the same way as you want. Sometimes its very hard to fight with sound engineers, because of some of a headliners asking for sound limitation – as most of the time I was an opener DJ and I had to always be invisible and quiet. But there are few artists who have a different way to work with others – Richie Hawtin is one of them. To share a stages with him was a big pleasure technically and creatively, everything was always working and sounded right.

I really enjoyed to perform before Jeff Mills, powerful monitors, right lightings and very intelligent crowd who liked to dance with eyes closed made the gig unforgettable.

I know you like to let the techno do the talking, but if you were to describe your brand of techno to a new listener, what would you say?

Well: My “techno” wont take so much space in your head, my sound will help to develop your own imagination. If you in to some stars and galaxy, and you are a big dreamer we definitely get along.

In LA you will be sharing the stage with Pan-Pot! Have you played with them before?

I have an interesting history with Pan Pot, I forgot to mention that they are one of the most humble and funny people in the industry. First time I found out about them was from one of my favorite music producer and DJ Margaret Dygas in her RA podcast from 2006. She used one of the boy’s track – Black Currant, super simple, minimal track. I was curious. In 2010 -2012 we played few times in Eastern Europe, but real connection happened when I played Awakenings in NYC, we had so much fun, I never forgot how Tomas was attacking my phone to wake me up for my afterparty gig in Output after Awakenings. I liked that he didn’t give up, and on top of it guys offered me to send demo for their Second State label. Personally, I didn’t feel like my music will fit – I wasn’t making that banging techno tune that time, but I keep mind open and in a few years, when I collaborated with other artist it happened.

Do you plan to do any exploring of the city around the gig?

Yes, to visit the Planetarium in LA.