Digging Deeper with Fred Everything 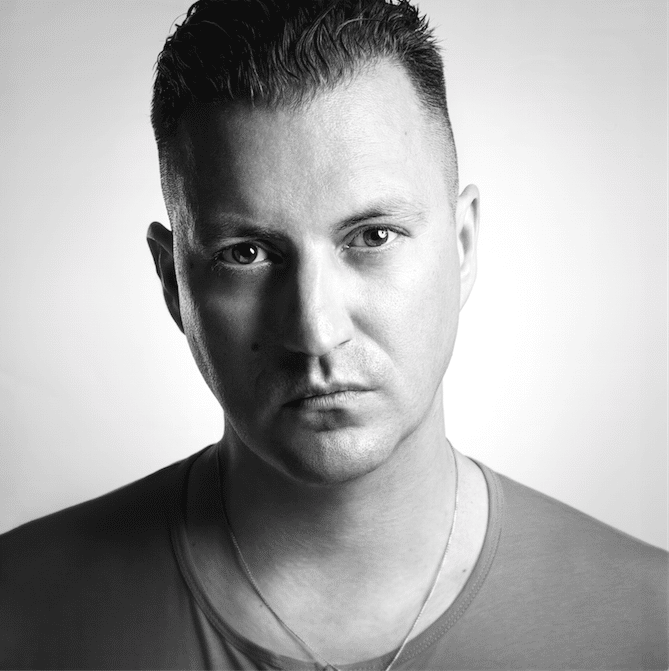 Digging Deeper with Fred Everything

Summer is looking glorious for Canada’s Fred Everything, and not only thanks to the release of his new LP.

Long Way Home marks Fred’s fourth artist album, and the first to be released on his own label Lazy Days Recordings. Out June 21, 2018, the album indicates his return to his hometown of Montreal, after 8 years in San Francisco, and also marks a come back to the LP format after ten years.

For the first time, each track was produced in Fred’s home studio, which provided an ideal environment for the revisiting of musical styles that Fred had not been able to explore on EP and Remix formats. The twelve-track album travels through a variety of tempos and rhythms, including broken and electro beats, a clear ’80s disco influence, as well as dub, all embraced by a balearic/coastal feel, inspired by recent travels to Mallorca, Ibiza and Croatia.

Collaborators on the album include Sio from South Africa; who Fred remixed last year on Atjazz Records Company, Jinadu from the UK; known for his many collaborations including Searching produced by Fred in 2015, which became a big hit thanks to the Deetron remix, Franky Selector; an old friend and collaborator from Montreal on vocoder duty and Hot Toddy (Crazy P) who added guitar on the summery disco number “Same Old Sound.” Lauer (Tuff City Kids), Andre Lodemann and Ian Pooley have all  been confirmed for remix duties for the singles.

Following our premiere of one of the remixes from the album, we decided to have a more in-depth chat with Fred to find out more about his time in San Francisco, the reasons behind his move back to Canada and what this album really means to him both personally and artistically.

Fred congrats on the album, your fourth! Many artists go years without producing a full length release. Do you have any secrets as to how have you been able to churn out complete LPs the way you have?

Thanks! Well to be honest, it has been 10 years since the last one, so I can’t take much credit here. I think it’s about focusing on one theme and being able to sacrifice the instant gratification that a single/ep can bring.

The album coincides with your move back to Montreal, where you’re originally from. Why did you leave in the first place?

At the time, I felt like I had done everything I set to achieve in Montreal and needed a change of scenery. I was already close to a lot of people in SF since the mid 90’s and my label at the time, OM Records, was based there so it was an easy decision.

You were in San Francisco for how long, 8 years? Did they go by fast?

Very fast! It felt a little like a dream. Although I really took advantage of the city and its surroundings. I have fond memories of my time there and visit whenever I have the chance.

What was your favorite part of SF?

I could say the food, the music, the weather…but ultimately, it’s the people. I made friends for life. Such a great community of people down there.

Do you feel the city helped you as an artist? How so?

Indeed. It opened my mind musically and artistically. The environment itself was enough to stay inspired. Even with the whole gentrification of the city, there’s still an undeniable spirit to the city.

Why did you move back?

I was originally going for 2 years and ended up staying 8. Ultimately, it was time to go home.

You produced your album in your home studio. Can you describe your studio to us, what’s in it and how it was conducive to the completion of the album?

It’s very small but packed with equipment. I’m a big fan of analog synths and drum machines. Everything is at an arms reach from me. It took me a while, but I finally got everything to speak to each other, Midi/Audio/Sync. This has improved my workflow a lot.

What keeps you productive in the studio?

The tracks on Long Way Home take us through a wide spectrum of genres, tempos and soundscapes. Was this intentional from the beginning?

Yes and no. At first, I set up to just write music I felt freely, without thinking of a concept or format. After a few months, I had this collection of songs that seemed to fit together well. That’s when I decided to put the final touches and call out the collaborators to make it an album.

There are several collaborations on the album. How do you choose who to work with?

I need to have a personal connection with people first. I’ve also reached out to people I didn’t know personally but the stars didn’t align this time, so I have a bank of other people on my wish list for the next album.

What makes a good studio partner?

It would be hard for me to answer that since I mostly work by myself. But I would say that the best production teams seem to complement themselves.

Do you foresee yourself staying in Montreal long now?

For the time being, I couldn’t see myself living anywhere else. I’m lucky to be able to travel a lot, but always love to come home to Montreal.

I have heard amazing things about the city but have never been. What are your top activities and things to see you’d recommend for a first-time visitor?

It’s in the summer that Montreal truly shines. It’s a great walking or biking city. Just going through the different neighborhoods will give you a taste of what the city has to offer. If you plan right, you can go to the Jazz Festival, Piknic Électronik Festival or Mutek.

How about food, what’s good there?

My favorite restaurant is L’Express. A french bistro that’s been around for as long as I have. A close second would be Vin Papillon. A great place for Natural Wine and fresh food.

I am sure you have spent a long time in the studio in recent months, finishing the album. What did you get up to in between studio sessions when not working on music?

Working on my label and travelling for gigs. There hasn’t been much free time.

You have a few gigs in Canada and the U.S. coming up. What can fans expect from your sets there?

There’s also Asia coming up in a few weeks and Europe in August. I tend to adjust to venues/parties but in general, It would be the same mix bag of deep house and disco with a little edgier track here and there.

I see you’re also planning a trip to Croatia. Ever been?

Yes, it will be my 3rd summer there. My girlfriend and I take the whole month of August to travel in Europe. We love it there.

What’s your favorite thing about touring?

The excitement of being somewhere new or going back somewhere you’ve been before. Meeting new people or reconnecting with old friends.

The lack of sleep!

What else do you have planned for the rest of the year as far as touring and releases?

There are a few more singles from the album coming out: Same Old Sound feat Hot Toddy and Silverlight feat Jinadu with Remixes by Ian Pooley. I also have a few remixes (Atjazz Records Company, Kolour) and a new mini album under a secret alias coming out in September. More touring in USA, Canada and back to Asia and hopefully Australia in the fall.

Any personal goals, whether it’s traveling, hobbies, etc you have set for yourself for the rest of 2018 into 2019?

Keeping healthy and trying to take more time off!