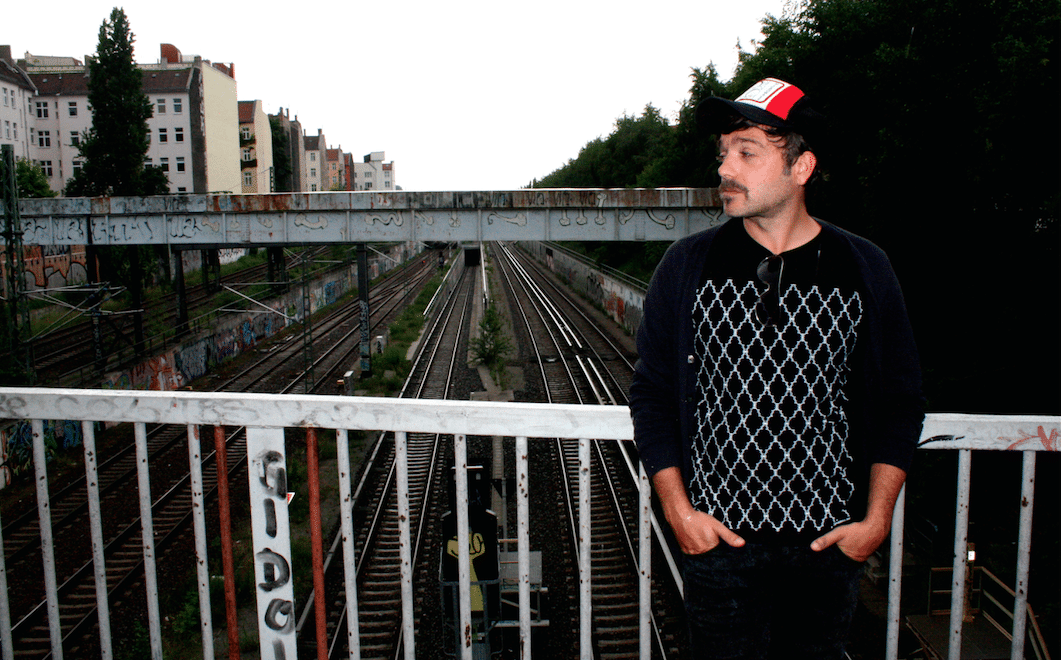 Berlin-based, Greek in origin DJ/Producer Ekkohaus has been making waves ever since he landed on the scene. Over the years, Kostas has held residencies across Europe, in Greece, London and Berlin. He has performed at festivals, art exhibitions and fashion shows. He’s a trained musician who’s not afraid to stray away from the traditional boundaries of house and techno.

His new EP, E For Ekko, is dropping on March 14. Featuring four tracks, E For Ekko brilliantly exemplifies Ekkohaus’ passion for out there sounds and pushing the envelope. The release perfectly captures Ekkohaus’ constant search for new and innovative sounds. An aptly titled release, the release is filled with the echoes and memories of different sounds. “Dub Accent” opens up the EP with some dubbed out techno. The dissolving, reverbed chords ricochet back and forth through your mind, pulling you down into the music. “Dub Accent” has all the markings of a Berlin classic, heavily influenced the Ekkohaus’ surroundings. The track sets the scene around which the whole EP unfolds.

We spoke to Ekkohaus recently about how environments affect music, his approach to music and much more.

You have moved around considerably over the years, growing up in Greece, going to college in London and now Berlin. How do you feel these different environments have affected the sound of your music?

Greece is a sunny and vibrant place, music was more colorful when I got introduced to the scene in the nineties. London is a melting pot of genres and cultures so there was plenty of dub, jazz, techno, and of course the revolution of minimal around 2005 which was a breath of fresh air at the time. Berlin is a bit darker and the traditional sound of Berlin was a blend of techno and electro. When I moved in Berlin you could not really play vocal tracks unless they were pitched down but around 2010 a lot of house and disco artists would rotate in Berlin clubs. Every city influenced me with its sounds, people and vibes.

How has the scene/industry changed since you started out?

When I started out the sound was open. In the mid-nineties a DJ would blend different music styles in a set. DJ’s had to dig for records and this made a big difference. Also it was hard work to purchase equipment to build a studio so there was a lot of personal effort, dedication and craft to it. Later electronic music became more regulated and gentrified. Marketing tactics and software development led to the new era that changed the way of performing and experiencing music. Digital DJ’s and laptop producers came plenty into the scene and a technology that potentially could help us explore new possibilities, was rather used to make us more lazy and predictable. Now, there are so much politics into the scene that it is hardly about music. But music trends can also educate. For example, the disco explosion that took place a few years ago revealed where the house producers were getting their samples from. For me all styles are connected and co-existing, and there is not a certain style of music that makes sense all the time, in all places, for any crowd.

You have held several residencies around Europe, such as Hobo in Greece, Multivitamins in London, Strictly No Dancing and Timex in Berlin. Does your approach vary much from city to city?

Indeed a residency matures you as a DJ and selector and every one of these residencies served a different purpose. Hobo was a beach bar by the sea in a remote and paradise location. We would play very long sets and the music played according to the time of the day. There was dub, hip hop, reggae, funk, and later in the night disco, house and sometimes progressive house (2000-2001). Multi-Vitamins in London was more artsy and private, dedicated to sound exploration. It was not so much about entertainment although everyone had fun. Most of the crowd were DJ’s and producers and a lot of the residents have now an international career. Strictly no Dancing was my first residency in Berlin on a Tuesday, where I was playing b sides and more chilled and deep cuts. Berlin was a party-hard city and I wanted to give the crowd the option to come down and enjoy music without necessarily dancing to it. Timex Club was a residence that was about dancing and partying in an intimate environment. Small spaces, low entrance fees and great guests (Jonny Rock, Elbee Bad, Alex from Jazzanova, Tomoki Tamura, Iron Curtis and more).

You have collaborated with non-electronic musicians in the past such as the saxophonist Robert Wuerz and bassist John J-Lab. How do you feel this affects your approach to the music? Do you have any particular influences in this area of music making?

I have studied vibraphone and marimba in the past and I know how to play the keys. I was also playing percussion and I dug deeper into electronic music after I had an accident in my left hand. Naturally I have great respect for musicians and the energy that can be created by a single person and the dialogue with his / her instrument. It is meditative, creative, entertaining and achieves communication in a deep level, which for me is art.

What is one musician/DJ/producer you would love to collaborate with?

I always find such questions difficult to answer. The person that comes to my mind is not a DJ or producer. He was a musician/artist/cultural figure and his name was Sun Ra.

What was the concept behind this new EP? What motivated you to create it?

There are tracks that were created with certain minimalism and texture in mind. There are acid references (Going Nowhere), dubby elements (Dub Accent), minimalistic structures (Mataro) and a deep and paddy cut (Knight Out). All produced in a subtle and modern manner, only with hardware, using the computer as the final destination for arrangement and post production. 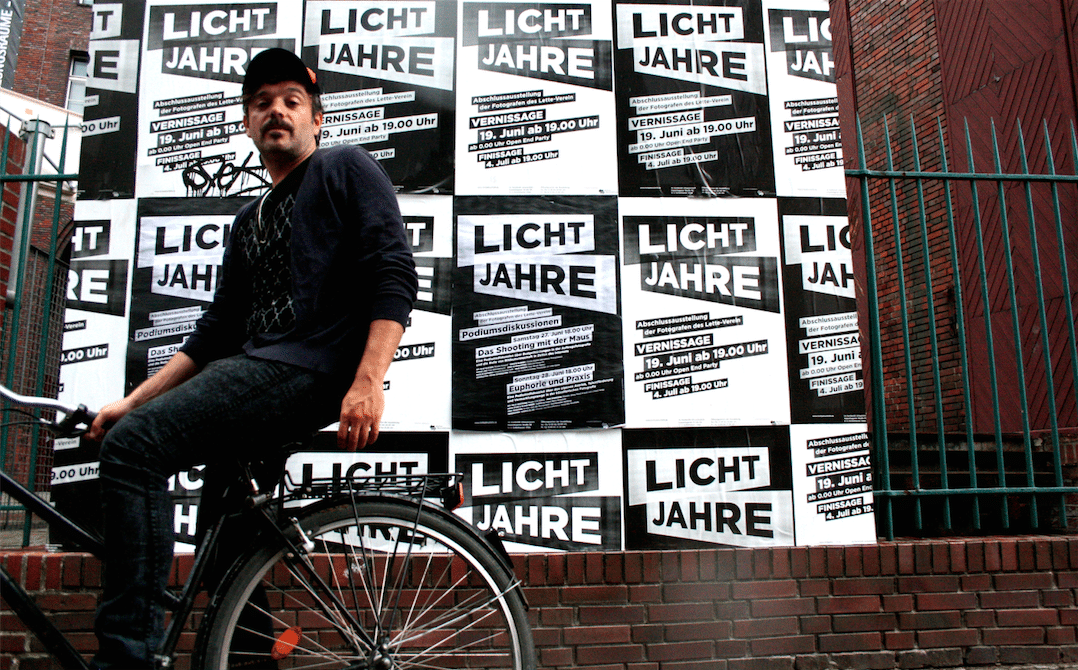 What lead to this release being put out on the Cenital label?

The contact initially came from dear friend Vicente Rodriguez who runs Flumo Recordings, a Spanish label with hearts beating in Sevilla and London. Vicente invited me to play in Seville and a second invitation to play in Madrid followed soon after. There I got introduced to a lovely crowd of music lovers and artists as well as get to know the Cenital crew and hang out at Riverette records.

Do you feel much of a responsibility to help out those who are new to the scene?

I always believed in passing the knowledge and sharing the wisdom. The concept of the Mentor is an ancient Greek concept and most of social inequality is created because a certain generation refuses to hand over the knowledge and responsibility to the next one. I acknowledge the different dynamics that different age groups can bring and I value the energy and willingness of the new generations. I think they are exposed to much more information than we had access to, and things are easier now but somehow the scene is very competitive. I like to work with other people because the job of an electronic music producer is a lonely one and usually involves a person and his/her laptop these days. I prefer to work with people.

What is one piece of advice you would give to a DJ/producer who is just starting out?

Be true and original. Let the influences sit but also let your inner world reflect in what you do. Style and aesthetics are important so frame your work according to your aesthetics but mind about the content. He who prefers context over content is usually an elitist, and he who says it is not important what you say but how you say it, usually has nothing to say and probably works in marketing.

What can we expect from you in the year ahead?

There are only a few releases planned. I do not send demos any more. I do not own a label. I am open to collaborations and I have a few side projects (Friend of a Friend – ambient / electronic) a radio show (Hi Point Low Life on cashmere radio in Berlin – Jazz/Afrobeat/electronic) and a band (Keller Crackers – noise/experimental/wave) so Ekkohaus is not my only project but a valuable one. I want to have more control of my output so I am scheduling less releases with material that can make sense in time if possible.

Ekkohaus’ E For Ekko is coming out on 28 March via Cenital Recordings.

You can buy/listen to the release here