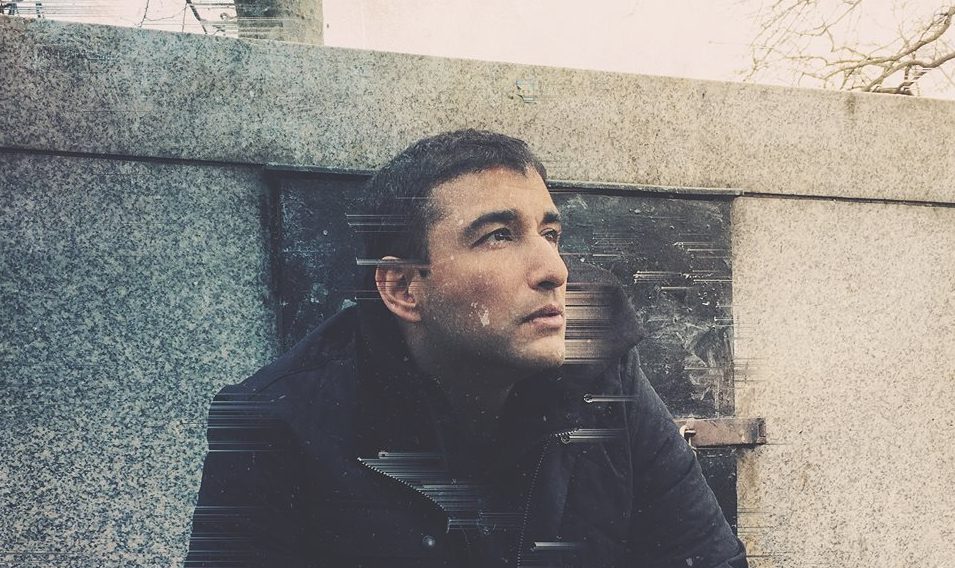 Hidden Recordings will be celebrating its 40th release with label owner Deepak Sharma’s forthcoming EP, Partition. The EP features a new track from Deepak as well several remixes. The track, “Partition”, is described as a DJ tool and we are given several examples of how to approach it by Developer, Yuuki Sakai and JC Laurent. We spoke to Deepak about the release, the label, music, life and more.

Hidden Recordings will soon be celebrating their 40th release.

What were some of the biggest challenges you faced in getting the label to this stage?

Trying to manage the ‘immediate gratification’ culture we live in now with the principles of staying true to vinyl is a constant challenge.  Accepted is we can’t release as frequently as digital labels because vinyl takes more effort and capital to produce, so there is more pressure on the curating of each release.  It’s something I really enjoy actually.

Tying into the first challenge is the proliferation of social media and trying to figure out how best it will work for your label and artists.  Social media is a necessary evil it seems: It’s a ways to help differentiate and gain attention but at the same time adding to the cluttered world we currently reside in.

Lastly, there seems to be an uptick in vinyl releases, so having the best possible distribution is critical to ensure we are in front of the right types of consumers and DJs.

And what would you say has been the highlight of that time? Is there one release you’re more proud of than others?

I stand by all the releases as they have some personal story behind them.  I would say when we began to try and secure high profile remixers for the releases I wasn’t sure who would interested and when names I admired for a long time listened to the music and agreed to remix, it felt like an achievement, that we have arrived.  It was like, ‘Hey our stuff is strong enough and we’re getting out there!’ Specifically the releases with the likes of Perc, Mark Broom, Jonas Kopp, Jerome Sydenham, Xhin, Truncate, Black Asteroid, Fred P, DJ Qu, John Tejada completing remixes stand out.

It does. It’s important to reflect on your efforts every once in a while and realize what you’ve accomplished over time. It takes much strength, perseverance and belief to continue and push what you love. I’m proud to say we’ve reached 40 releases and I think that distinguishes us from much of what is out there.

You’re making a bit of a comeback yourself, we believe. So we wanted to ask, what prompted your time away from music over the past while?

There are few factors both personal and musically. Personally, I suffered a back injury that required surgery and that really threw me for a loop. Through my rehab and recovery, I began to question a lot of things and noticed that what was supposed to bring happiness was actually causing more harm, i.e. my marriage. So then a divorce proceeding took place and again the emotional toll there was hard to take, and made it hard to focus on anything except getting through the day.

In the end however, it has been a blessing as it forced me to dig deep and really understand what moves me, what motivates me and what I want in life. Inevitably, everything pointed towards making music as a career, running a productive label and DJ’ing full time. The results so far is while I ramp back up, my days are filled with joy doing what I love towards the goals mentioned above, especially the studio sessions where I feel most alive, translating into powerful and emotive music.

This is the first time I’ve explained any of this through an interview. I try not to mention the personal trauma to much because I feel we all go through madness at some point. People handle it differently and for me it was a time where I had to step back, recover to then take baby steps forward.

Just before the injury, I wasn’t happy musically with the direction I was going. I had a wonderful production partner that we did many good things and it wasn’t about him, but I felt it was time to really own my sound. So I studied, took courses, watched videos and began to push myself to understand how I can set myself up for a long run in the future. Releasing solo work became my dream six years ago, derailed at first by what happened but later enhancing my output for years to come, (I hope!).

Do you remember what motivated you to start off the label in the first place? And would you say you’ve achieved your aims since then?

It was a while ago now, but I recall it sounding like a good idea at the time, haha. I felt it would be a good way to release music I was making with my production partner, Dieter Krause at the time and also music I enjoy.

We’ve achieved a lot, but it feels like there is still much out there to do. We are striving to be top of mind for DJs, bedroom or superstar to look to us when they need music.

I’ve grown as the label has grown, learning always. Right when you think you have something figured out, it can change quickly. So it’s constant, trying to achieve new things.

Has your vision for the label changed at all over the years?

Sound wise, I’m proud of the catalogue stretching through a broad continuum of sonic range from minimalism, atmospheric deeper sounds to straight industrial mayhem. Staying true to what you believe is underground quality has always been our driving force, regardless of where others pigeon hole you. Moving forward we’ll continue to focus on techno, from its heavy, darker, hypnotic side while paying homage to Detroit and Berlin at times.

Over time, the biggest change is I’m more focused on fewer artists and building up our community around them.

You’ve enlisted Developer for the remix on your latest. Why Developer and what do you feel he brought to the package?

He is someone I respect and admire greatly, as an artist and label owner. He’s done it through hardwork and dedication, and reminds me of what perseverance can achieve. He’s unapologetic about his ethos toward music, making dance-floors move. The track he remixed, ‘Partition’ is simplistic in its approach: no-nonsense techno centred around being a powerful and effective DJ tool. It’s raw and gritty in its purest form.

He brought his trademark sound in two remixes he provided for the record. The first I smiled immediately when I heard his ‘synth’ remix as that is a trademark of his. The second ‘drum’ remix is commanding build from the original, which also lead me to smile as I believe he nailed it.

For me personally, it means a great deal as it authenticates my work to those I have a high regard for including those similar to him. It spreads my message to a wider audience and lets them I’m going to be here for a while.

Same question re: Yuuki Skai and JC Laurent. Have you been following these guys for some time?

Yes I’ve been following both for a while, Yuuki around five years and JC around eight years. They both have a lot of depth in their music, different from each other but authentic to who they are. JC is a bit more classic, a modern twist on Detroit and Berlin grit while Yuuki can make spatial, cavernous music perfect for an apocolyptic soundtrack. The variance is what amazes me between them and the reason I’m so excited by our future.

How important do you think it is to have a personal relationship and maintain a family like atmosphere on the label?

It’s very important and something I’m working on becoming better at each day. It’s one of the reasons I decided to work more closely with a few artists rather than have a large stable of them.

One challenge is geography since JC is in Nice and Yuuki is in Tokyo with my in New York City. In 2016, Yuuki helped book a Hidden Recordings showcase in Tokyo where we both played and later this year I’ll be playing our first label night in Nice with JC on July 7th. In person is always the best way to remind the family how much you care for them.

Is there any particular DJ you would like to see remix your work or work from the label? Do you still make goals etc for what you want to achieve as a DJ and producer?

There are so many I admire but right now guys like Shifted, Phase, Ancient Methods, Inigo Kennedy, SNTS, Efdemin, Rodhad, Bas Mooy, Dax J are a few that consistently pushing new grounds in distinct ways.

Yes there are always goals as a producer and DJ. The best advice I got as a producer was ‘Keep making em’, meaning only by the commitment to the craft can you truly uncover your potential and discover new possibilities as a producer. While doing this, I’m looking forward to releasing on Hidden Recordings for years to come and now In search of like-minded labels to be a part of their collective.

DJ wise, I’m eager to get back out there and play as much as possible.

How would you say ‘Partition’ fits into the overall theme of the label?

It means a few things. First, a sincere thank you to everything that has happened in the label’s past. Second, a representation of where to meet us sonically featuring a smaller, closer group of artists.

Personally, I look at ‘Partition’ as a declaration of my soloist work, and what to expect for years to come.

What else can we expect from the label in the year to come?

It’s a stacked, heavy hitting line-up in 2018. We already have one vinyl released by Yuuki Sakai that saw great feedback from the likes of Kangding Ray (Stroboscopic Artefacts), SHXCHCHCXSH (Mord), and Drumcell (Droid).

‘Partition’ will be released on vinyl on April 16 and digitally on May 25. You can buy/listen to it here.