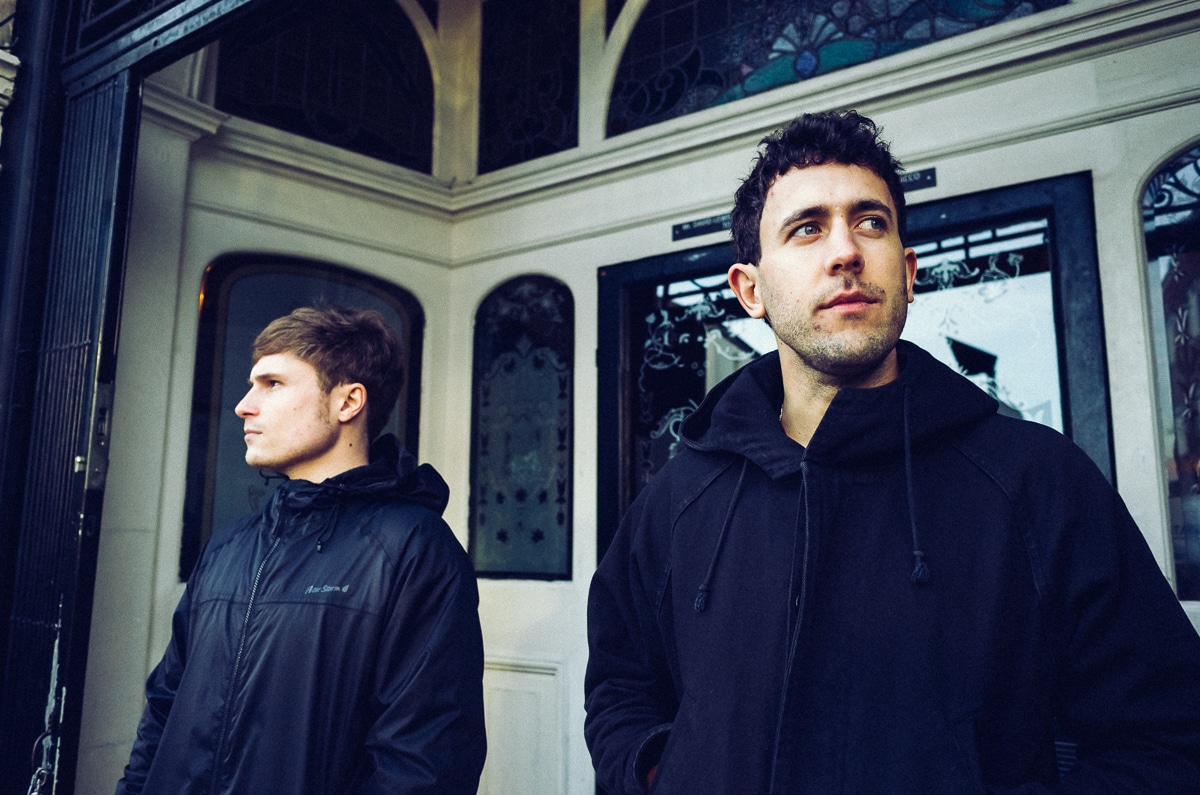 Wayward is a British production duo consisting of two longtime friends and musical sparring partners, Louis and Lawrence, who emerged last year thanks to a series of well-received releases on the Silver Bear label, one of which, “Transience” has already amassed a frankly astounding 2 million hits on Spotify. We caught up with the duo, touching on everything from the current scene in the UK, the process of choosing remixers and their many, wide-ranging influences.

Hey Louis and Lawrence, thanks for catching up with us today. Music aside, what’s keeping you busy right now?

Lets begin by chatting about the past year. Looks like it was a pretty monumental one for you, right?

Last year was a great year for us. It was our most prolific year in terms of released material and we saw ‘Transience’ hit 2 million streams on Spotify. We also played shows with artists such as Jeremy Underground, Chaos in the CBD, Moxie and more and we feel we’re at a stage where we’re happy with the music we’re making and releasing which is a good feeling.

You’ve been making music together for a while but what do you consider your big break?

Haven’t broken yet, still lots more to do…

Was there ever a stage where you considered packing it in?

(laughs) We once played a festival which won’t be named. We were on before another DJ to a relatively empty crowd playing music we love. We finished the set with Andres – ‘Just a Player’ and when the next DJ came on they played a Destiny’s Child Bassline remix and the stage suddenly got completely rammed. We talked about packing it in after that but rather felt like we had to just switch up the music we were making and where we were playing. 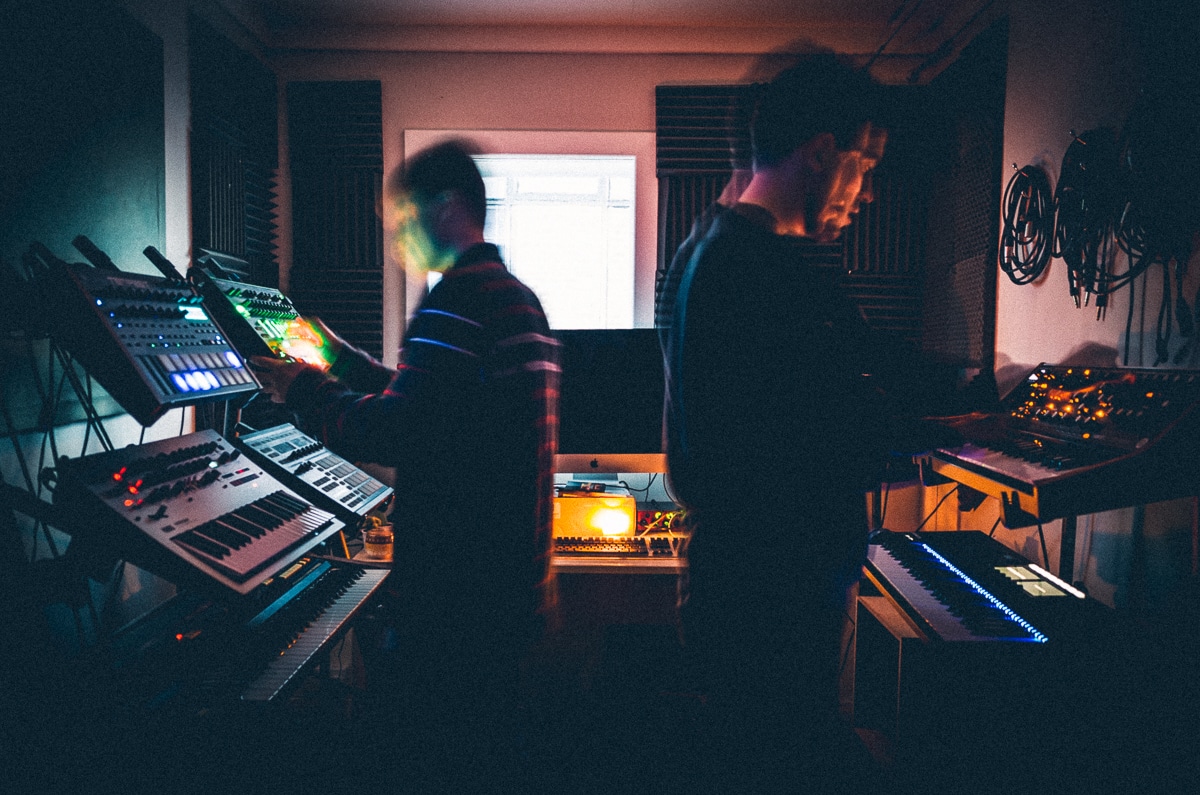 From that perspective, how important was the influence of one another on your music? Would you say you greatly influence one another or are your tastes by and large pretty similar?

It’s pretty weird but there’s rarely a tune we disagree on. We’ve been DJing and making music together for a long time now so our tastes have developed together. It’s great because each of us has another pair of ears, with time to discover even more music you love.

You both grew up in the UK. Do you remember the first few times you went out clubbing there? Did you instantly fall in love with electronic music? And what was it specifically that so appealed?

We both grew up in London and have always counted ourselves lucky for growing up in such a musically diverse city. When we were about 16 we started going to a lot of raves in Tottenham Hale and Synergy in Oval and were djing there as well. That was some of our early experiences into dj-ing as well as clubbing, playing a lot of drum n bass and dubstep. From there we’ll always remember are first times in Fabric, Plastic People and The End. I think DJ-ing played a big part in what appealed to us when we were younger, being able to buy your favourite records and mix them together was new and exciting.

Do you think the scene in the UK is as healthy as it’s ever been? What do you think are the pros and cons of the modern-day dance music scene?

The UK scene is in very good condition and there’s so much good music being released each week. It’s also great to see various genres within electronic music doing really well and it’s not one dominating the rest which has been the case at points over the last 15 years. One of the main problems that effect the scene is the growing amount of venues closing. Because of the rise in gentrification and the high demand for housing, many clubs are closing in city centers which is having an impact on the scene. It feels like we’re behind places like Paris, Berlin and Amsterdam which seem to have a more forward thinking approach to how they manage night life.

Electronic music aside, what other music and musicians have played pivotal roles in shaping your sound?

When we were younger we both played instruments like the trombone, guitar and drums in school jazz bands, orchestras and local bands. This was an important part of our musical journey and exposed us to types of music that we wouldn’t have listened to otherwise. It was in those environments we first learnt how to work with other musicians and is part of the reason why we both like making music together. We both come from musical families as well and we were played jazz, rock, hip hop by our parents and siblings from a young age and I think this has helped to shape our sounds.

You had Man Power and Hammer remixing your last release. Did you give them a specific mandate or were they free to reinterpret the tracks as they so wish?

We chose to ask those guys because we knew they would smash the remixes, so didn’t feel the need to tell them how to go about it. Man Power delivered the remix in less that 24 hours and it was beastly. Hammer sent through two versions which were both dope and then without any notes from us kind of merged the two – taking all the bits we loved from each to create his final version. It was a pretty easy process!

Your latest release sees you take a quite left-field approach to house and techno. Do you think that’s a fair description and if not, how would you best describe the music you make?

Yeah I guess in the sense that this EP doesn’t focus quite as much on dancefloor functionality. It’s a hard one to describe. There’s definitely an emotional element to our music and we’re exploring more melancholic chord progressions on this EP. In saying that, it’s not like we want make people feel sad in the club and its fun to produce music for people to dance and let go to.

And when you’re producing, do you generally just jam and see what happens or go into the studio with a specific sound in mind?

We’ve now got to a place where we’re recording a lot of our tracks live with hardware which is really fun. A lot of the time the gear we have, for example a synth sound we’ve created or a drum pattern we’ve programmed will dictate the sound of the track. We’ve found that going into the studio with a specific sound or label in mind just leads to creative blocks.

Releases aside, do you have any big plans for 2018 in terms of the gigs you’ll be playing? Is the U.S. on the agenda at all?

We would love to get out to the US again soon. We toured the states back in 2015 and it was fucking fun.