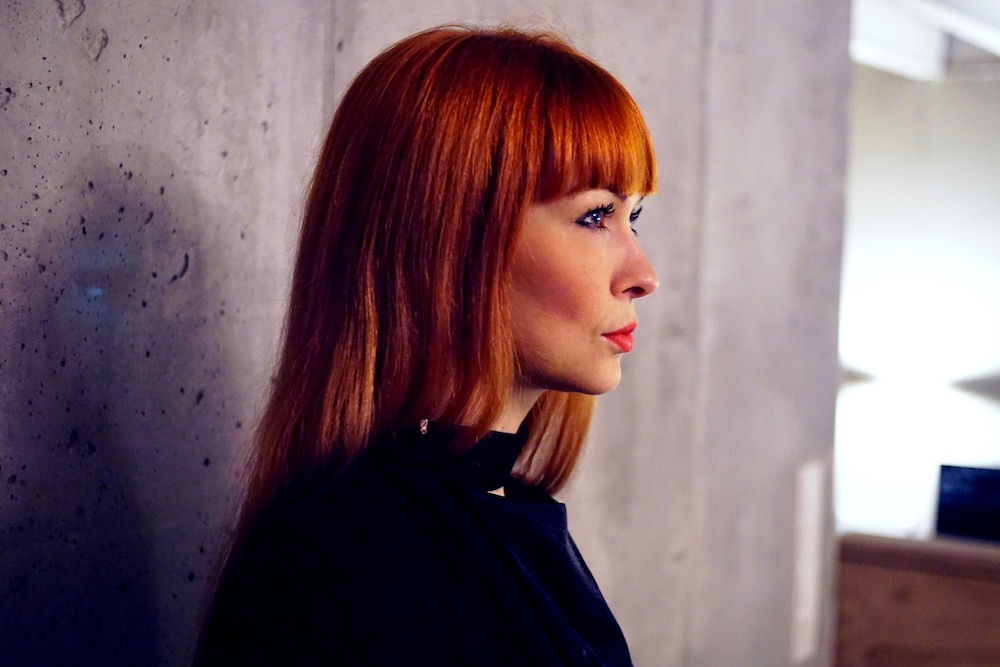 Hailing from Poland but living in Berlin, there is serious buzz around VONDA7 at the moment. Not only has she previously had releases on labels such as RUMORS and Second State, but 2017 has been a key breakthrough period for her, with her debut on Last Night On Earth, the EP Decompression dropping earlier in the year.

Decompression was championed all over, gaining support and playtime everywhere from BPM to Ibiza, with Sasha also picking her as one of his “New Names” for 2017 for Pete Tong on Radio 1. With recent releases on Virgin EMI and Lauter Unfug, she’s a chameleon producing tracks that both indie and heavyweight labels are loving, but her signature nod to Detroit mixed with trippy techno remains always present.

More recently she has debuted on Kneaded Pains with Cuckoo Night, the start of another exciting chapter for her. Listen to the brand-new release below and read on for our exclusive interview with VONDA7.

Hi, how is your summer going?

Hey! So far so good! It’s been nice as I got to travel quite a bit this summer…  Berlin’s summer weather hasn’t been a typical summer this year, it’s been raining a lot… but it’s OK, we still enjoyed every sunny day to the fullest.

Berlin is a beautiful place this time of year. What are your weekend go-to spots?

My weekend go-to spot is often an airport or a train station these days. But when I have a weekend off, of course I enjoy the city. I live in Friedrichshain, close to Boxhagener Platz and so do many of my closest friends here… so it makes it easy for us to hang out. It’s also close to all the clubs where I play or go see my friends or favorite DJs play… like Panorama Bar/Berghain , Watergate, Chalet, ELSE, Sisyphos…  I am definitely more social in the summer and go out more, my friend just opened a new French place around the corner from me, it’s called Memento so I go visit him often there… I really like Briefmarken for wine and food, Il Ritrovo has still the best pizza in my opinion and there’s a lot of nice Asian places around my house like Hangmee, Transit, Nyom… Other than that, I still spend a fair bit of time at home making music or mixing records.

Do you ever get to go back home to Poland?

Yes sure! I love visiting my family and I get booked in different cities in Poland every now and then. The scene is growing and it makes me happy to see. I recently played at club Smolna in Warsaw and it was great – I think it will be one of the key venues on the European scene very soon.

Let’s talk about your music. You list Detroit and its signature techno sound as one of your biggest influences. What about that sound speaks to you so much?

The drums, that analog sound, the minor chords, the rawness – pretty much everything! It just sounds like someone made it, someone touched the machines and actually made music, there’s that organic feeling to it – there’s something very honest and genuine about that sound. It speaks to me. Saying that, it’s not just Detroit artists who do that, I generally like more organic sound of music.

Could you name 3 Detroit artists that you look up to the most as influences on your career?

Hmm… I love Robert Hood and his alias Floorplan, he has a great style and he hasn’t slowed down one bit over the years. You have to give credit to Jeff Mills too, of course… I like Blake Baxter, especially his vocals… then there are also more contemporary people like Jimmy Edgar or Keeno 18 – I’m a big fan of their music. Sorry, that’s already more than 3 and I was just getting started…  There’s a lot of great music out there that inspire me, but I do tend to use certain elements over and over again without even thinking about it, that come from that movement. I try to mix it up with different elements though, paying respect to the roots but always trying to move a bit forward and create something fresh and unique.

You’ve been super productive in the studio with a series of fantastic releases this year including the upcoming one Dense & Pika’s Kneaded Pains label on August 28th. Do you feel your output as a producer has improved recently and if so why do you think that is?

First of all thank you for the compliment! Well, my sound has definitely developed as I mostly use instruments now… as in analog drum machines and analog synthesizers. I mix it up with some digital technologies, some clever sampling and I use some effects too, but I try to make things as organic as possible. There’s no right or wrong in music, this is just how I like to make it and how it comes most natural to me… I like to touch things and record jams and then edit them. Sometimes I use my vocal and sample it, sometimes I make drums out of it or little effects throughout the track. Always looking for that human touch combined with technology.

Your sound is unique… a blend of hypnotic and driving techno and house. What in your life do you feel inspires that sound?

I’m sure Berlin inspires me a lot. I love its rawness, rebellion, freedom, energy… the city is developing really fast and you can really feel it in the air. It feels fresh, driving – like we are all going somewhere together. Yes, together, because it also has this community feeling vibe. People are so nice and humble here, I have met some amazing friends who also work in music and we are all very helpful and supportive towards each other. Even though the city has already been gentrified a lot, people do not show off their status or money. It’s down-to-earth, respectful of the past – yet it has this anarchistic, rebellious feel to it. I think so is my music. I think so am I, actually…

You have an analogue setup combined with digital technology. Can you tell us a little bit more about what we can find in your studio?

I work with my Analog Rytm which has its core drums and can also use samples, Prophet 6, Moog Little Phatty, TB3… everything runs now through my Allen & Heath Xone 92 mixer. It’s a simple but effective setup. Other than that I use UAD Apollo Twin as my Soundcard and some plugins from UAD, Waves and Soundtoys.

How about when you play… any hardware that is always with you in the booth?

Not really but I am looking to add a reverb pedal as I miss effects when I play with the Allen & Heath Mixer.

You’re playing a party at the upcoming ADE in October. What does playing and being at the conference mean to you?

ADE just like Sonar or any other conference is a great time to meet other DJs, producers or people who work in the music industry. It’s always nicer to say hi in person than over the email. Again, I like that human touch.

If you weren’t doing music right now what would you be doing?

I would not be a happy person, haha… Well, I studied Film & Media in London as I thought it was impossible to make a living as a DJ back then… so I wanted to be a film director but I am happy that I have chosen the music path in the end.

Do you have any other hobbies that you cultivate in your spare time?

Haha, I am still trying to find one as some of my wise friends told me that one should always have a hobby, especially when your hobby starts to become your job. But it’s very difficult for me, I just love music that much! Every spare moment I have, I want to either research, make or play music. I try to see art exhibitions regularly, enjoy good food or wine and go to the gym but I am not sure if those qualify as hobby…?

What are some of your personal goals for the years to come?

I want my music to be genuine and move people. I also would like to move as many people as possible.

How about career goals, anything in particular you have you set for yourself to accomplish?

I have my little wish list but I prefer not to talk about things before they happen.

You worked on a remix for Riven’s “Disco Acid” How did that come about?

We played together at one of the parties in Luxembourg and became friends. Lots of music chats, and it just happened naturally.

With that remix you showcased your versatility by adding a techno touch to a track filled with acid undertones. Do you play acid in your sets?

Sure! Good acid never goes out of style. One of my favorite acid acts are Paranoid London – they’re just sooo cool.