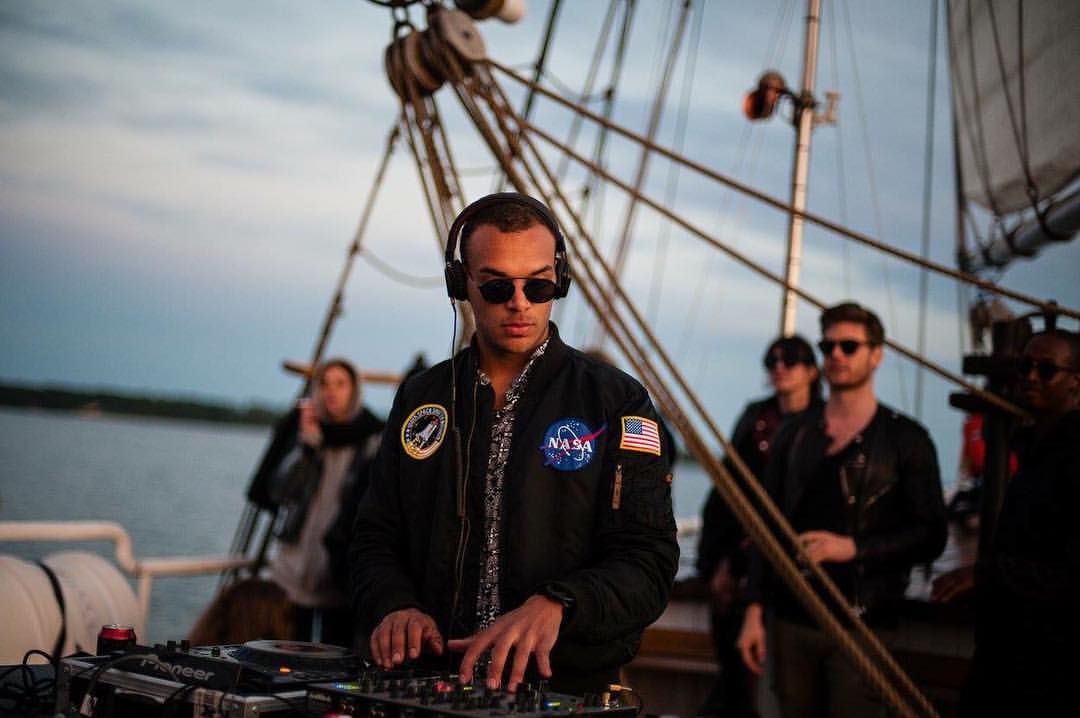 Finland has long enjoyed a positive relationship with electronic music. From DJ/producers such as Sasse, Jori Hulkonnen and the Deep Space Helsinki boys, theirs is a musical community that’s not lacking in influential names. Contemporary stars such as Lil Tony would seem to suggest that the current scene is no less exciting either. Another such man to make his mark in Finland recently is Mood of the Era label boss, Tony Hopkins.

Tony might not possess a Finnish name (indeed, he’s half American but was born and raised in Turku, Finland), but he’s most definitely a man who’s helping to push the local scene. With the latest release from his label, Mood of the Era, about to drop soon, we decided to put a few questions to the man in question…

Hi Tony, thanks for catching up with us here. We’re loving the stuff you’ve been putting out on the label thus far. Can you tell us a bit about how you got started in music, the Finnish scene etc.?

Hey there! Thanks for the interest, happy to tell a little bit about myself. My real name is Tony Hopkins, I’m half American but born and raised in Turku, Finland. It seems there is a lot of mystery and confusion floating around my real identity and aliases. I personally prefer to produce under different aliases but i have not produced any music for Mood Of The Era yet.

Lets start by going back a bit. What were your personal and musical highlights of 2017?

My personal highlight was to host Lobster Theremin Labelnight here in Turku Finland.  My musical highlight was singing Michael Jackson’s “man in the mirror” in a local karaoke being shitfaced with friends.

So… what’s the idea behind Mood of the Era (MOTE) then?

I decided early on that MOTE will not be an outlet just for my music, but to artists and producers who make music that somehow embodies the current moods people are going through worldwide. A “mood catcher” of sorts. Music for every situation, not just for dance floors or clubs but for bedroom jamming, heartaches, cruising, excitement etc.

The idea had been in my mind for some time but after the second year co-organising VISIO Festival, I thought to myself that I needed a label where I didn’t have to compromise the ideas or the direction I take. Something of my own that I had control over.

Who would you say are you biggest influences?

In electronic music I’d say Mr G has had a big influence on me early on. Also Bonobo, Throwing Snow and Floating points have been artists that made me want to get into the business. There are a lot of others as well though.

How long have you been involved in music now?

I’ve been DJing actively here and there from around 2013, but I think I bought my first set of controllers around 2009. Of course, the local scene (Turku/Helsinki) has played a role in my taste of music but I have always taken a lot of inspiration from things happening abroad, mostly Central Europe and USA. Turku was once (late 80s and 90s) considered the electronic music capital of Finland and we had some big names that exerted themselves from here to general awareness like Darude, Jori Hulkkonen and Sasse to name a few. (*Quick note that Sasse and his BlackHead studios are in charge of mastering all the MOTE records!)

Turku has come a long way since those “glory” days when house and techno music was played in the clubs and consumed by the general public but not in a good way. Though there still is a scene here and it’s very loyal to the different groups and collectives that keep it alive, there’s not much happening here compared to Tampere (the Manchester of Finland) or Helsinki these days. The oldest electronic music collective, X-rust organises intimate ug events and the university society TYEMYY do their part in keeping the scene alive and well.

I’ve also done my part and been organising events in Turku since early 2014 with DEEPINRECORDS, VISIO and now MOTE. I want to cultivate the culture to its former glory by bringing international artists and combining visual elements to the events but the laws and legislations have made it hard to develop a vibrant scene here. This year will be different because the alcohol laws will see a major reform. That opens up loads of new possibilities for the “ug” scene to thrive again.

So, if we found ourselves with a few days to go exploring in Finland, what would you recommend we do?

I would suggest you go to Helsinki. The capital has a number of places you should definitely check out. For instance Merikerho, which is a cargo ship turned into a nightclub, much like Concrete in Paris. Complex (Kaiku, Kuudes Linja, Siltanen) and Aaniwalli are also definite musts that really don’t need any introductions. The unyielding work of Lil Tony and his affiliates has created a house and techno bubble in Helsinki that even compares to the scene in Berlin. Helsinki has also a vibrant UG scene and underground parties are constantly organised by different groups and collectives.

And what contemporary Finnish DJs and producers should we be keeping an eye out for?

There are so many at the moment, but lets raise a toast to Selidos, Sansibar, Axel Hjertman, Mirage Man, Satoi, the guys at vuo records (who also use Lobster Distro), Saine (who just released with Omena Records) and a lot great DJ’s. Really, it’s hard to pick a few.

When did you start getting involved with music?

I started playing around with keyboards and guitars when I was around 10-12, nothing serious just playing around. Took some lessons occasionally as well but was more focused in sports at the time. My mom was a singer when I was young and music was around a lot. Electronic music and producing came along when I was about 18-19. Never “officially” released anything yet so i guess I’m still searching for that place ;)   I like to jam a lot and music is more about having fun. Not big on finishing tracks to be honest!

What are your plans for the next while? And do you have any particular aims for your music?

No plans in particular, would like to do some rap/trap music as well some day. There are so many great labels but Ninja Tune is a label that I have always looked up to and wanted to release on. (In my dreams!)

Shampoo’s Katarsis EP is out soon on Mood of the Era (MOTE) Records. Pre-order the release here