Digging Deeper with Kevin Over

Digging Deeper with Kevin Over

Although only 25 years old, Kevin Over is an old music soul in a young man’s body. He’s been obsessively collecting music since he was 13, cutting his teeth at Important Records, the store in Essen, Germany, co-owned by Vladimir Ivkovic, who he rates as his biggest earlier influencer/educator. That comes to no surprise to anyone who knows Ivkovic, manager at Desolat and a Dekmantel regular, among other things.

Over the ensuing years, he’s made it his mission to learn and dissect 20 years of music culture and channel it into his productions. His music is a sample heavy brand of house and techno, which draws on garage, funk, soul and disco influences – everyone from Roy Ayres and Funk D’void to The Streets.

You can really feel all these influences in the new Back to Back release for mobilee, an ‘album’ of original tracks, remixes and Kevin’s own tracks remixed by his favorite artists such as Soulphiction, Jacob Korn and Marquis Hawkes.

6AM had a chance to talk with Kevin extensively in occasion of this most recent release, which can be purchased via Beatport.

Hi Kevin, thanks for taking the time to talk to us today. How have you been?

Thanks for having me. I’ve experienced some great travels and parties this year so far. Now I am enjoying some free weekends ahead and will get back on meeting some old friends again.

Where do you call home these days?

I am still based in a small German town close to the Dutch border called Dorsten. Actually all my friends are settled here and also those who moved away in the past just came back. I can feel a lot of inspiration from my friends on top of traveling, so it’s great to have my base here.

How many days of the year are you actually there? Can you talk us through what a day in Kevin’s life at home is like?

I am spending most of the time during the week here. As I am running a small creative company with some friends, we are sitting together 2 days of the week and organizing and planing temporary pop-up restaurants and cultural spots by rearranging “dead“ areas and filling the places with life for a couple of months.

The other days I am focussing on producing music for sure!

Do you have any hobbies or interests that aren’t just music related?

I am still studying sociology at university and I would say that’s more out of personal interest. I always felt studying shouldn’t be just about having better chances to enter the job market.

For me studying is about expanding your thoughts and your brain about a specific topic, and sociology actually helped me a lot to understand more complex things in life and also changed my views on specific scenes, like the music scene and industry.

For the culture clash I am still spending time playing soccer in a passionated “Kreisliga“ club. Most of the games are on Sunday, so in the past it was possible to just rush out of the club and onto the field. But this is getting more difficult now! (laughs)

Let’s talk about music now. You have been DJing since you were 14… how did that first come about?

I can’t remember clearly what was happening in my head when I was 14 years old. The older you get, the more strange it feels to think about the person that you actually were – you feels like a total stranger to yourself sometimes.

What I can remember is that nightclub scenes in movies and live captures of raves I had seen on television, as well as live broadcastings of DJ sets on the radio had a huge drawing power on me.

At that time I could only imagine what the club and music scene was about and I wanted to take part of it actively by being a DJ.

It’s no secret that you’ve had quite the meteoric rise in the last two years alone, following 10 years of hard work learning your craft as both a DJ and producer. What we don’t know is the secret to your success really… I am sure it’s hard to pinpoint it exactly but can you share with us three important personal lessons you have learned in your career so far, three lessons that have helped you get where you are?

First of all: this scene if full of exuberant ideas, plans and promises. Not all of them will actually happen, so I have learned a proper way of dealing with my enthusiasm. Be happy when things are happening, because frustration is still a big factor that can lead to having too many doubts and can stop you from being creative sometimes.

The second thing is: keep your spirit unexploited, and think back to why you started producing music.

The more parties and clubs I was playing and the more nights I was celebrating with friends and lovely strangers the harder it got to keep the “spirit“ and “magic“ alive. Inspiration is important but too much regular influences are killing my vibe from time to time. Take breaks, get away from parties, make yourself miss the feeling that you loved and that made you start to produce music.

And that’s why my third lesson is: don’t forget to go home!

Your breakthrough came with your 2015 EP on Noir Music, Retrovision. Talk us through the process of how you got that signed on Noir’s imprint and what you had to go through to make it happen.

At this time I already signed some previous EP releases on Noir Music. René was one of the most important persons to keep me motivated and to challenge me to get where I wanted to be. We both wanted to plan a sequential EP series on his label. “Retrovision“ was in fact the title track of the Retrovision series on Noir Music that has since become a three-part series.

While answering this I am getting excited about getting back for Part 4!

At which point did you realize that release was going to be a pivotal moment in your career and why do you think it was that EP and not a previous one?

It sounds a bit downgrading, but very simple and effective tracks that guarantee “hands-up“ moments always have a good chance to be successful. “Retrovision” was one of the most straightforward and obvious tracks I ever made, with this massive break and those snare rolls, but it always gained great reactions from the dance floor.

So perhaps it’s not the track I am proudest of and perhaps I would have loved to have a previous release make the big run, but at the end of the day it’s great to have experienced people having the time of their life while playing this track to them. That’s just an awesome feeling.

The last two years have been a whirlwind of releases and gigs. How are you coping with the change of pace so far?

It’s been the time of my life. I am pretty much enjoying everything about traveling, getting to know new people and cultures, playing great, sweaty clubs, playing strange parties and hanging around somewhere on this planet with people you will probably never meet again, but sharing a great time with them anyways.

Can you tell us the craziest experience you went through so far in this time?

It was more of a mind-blowing personal experience. Last summer it was the first time I travelled outside Europe to play my first New Zealand and Australia tour. During one week I travelled back and forth, played three parties in Queenstown, Melbourne and Sydney, but everything just rushed by.

At one point I felt like I couldn’t cope with all these heavy experiences. When I was back home it just felt like the most surreal thing I have ever experienced. Like being pushed out of a David Lynch movie with nearly no emotions left.

Can you share with us some important lessons you learned about the industry in the last two years?

Like the word “industry“ already says, money is the thing that holds everything together.

If we speak of art, it’s the money that fights against it and enables new space for it at the same time. In our society and system the trick is to keep the balance between both. It’s good to work with people that can combine both, but for example, there are club owners who just see their club as a continuous source of income, but don’t know anything about the history of club culture, the history of dance music and don’t share the same passion for the music as we do. But those people are also keeping the club and nightlife scene alive, as creative students or passionate musicians might not have the amount of money needed to open a new club. Actually it’s a big interdependency in which the artist and the economy both clashes and work together. 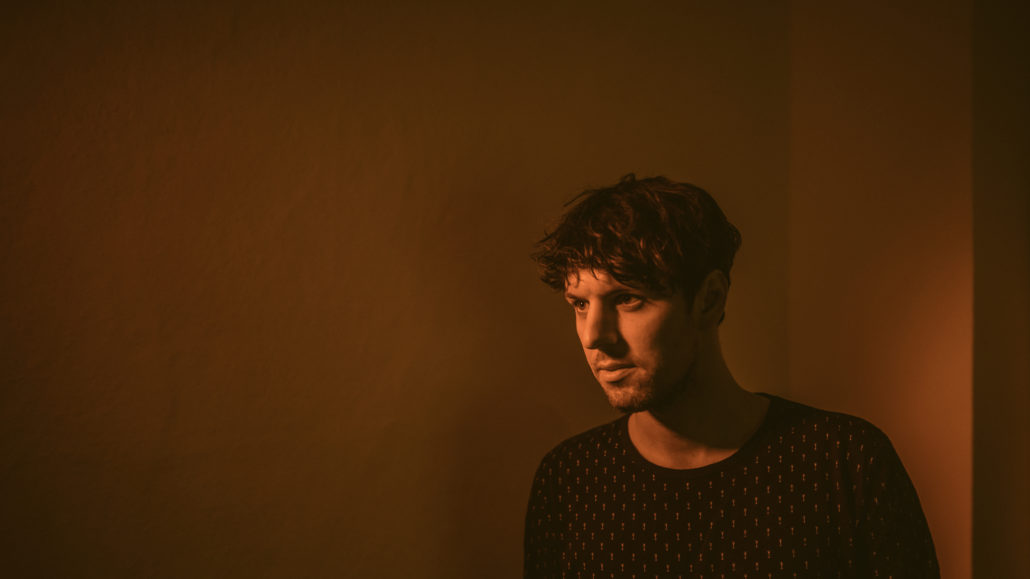 Naturally, and with things changing so fast and so much for you, you’ve had to adjust your every day life a lot. What has been the biggest struggle for you and how did you get through it?

I can tell you that my biggest struggle is somehow referred to the previous question. The music I made in the past was always like a mirror of my actual beliefs and my experiences in nightclubs.

The older you get and the more music you listen to and the more you dive into this infinite cosmos of music, crossing over the real sources of different genres, the more you start questioning yourself and your own position in this cosmos. Is my music relevant? Will it be listened to in 10 or 20 years as well? And then you see your own progress and position in the industry and see yourself wanting to keep on going forward, but sometimes it’s not clear how to…

What helped me is opening my thoughts to soul-related people and breaking free from negative thoughts, taking a short time off and getting seriously back on track!

If you could give a young producer waiting for his breakthrough one piece of advice, what would it be?

You’ve been playing with the mobilee guys as well as Drumcode family. Why are those two labels and collectives the right groups for you right now?

Both labels have been existing for more than a decade now and Drumcode even longer. They know what it means to persist in the scene over such a long time with all its changes and struggles. They also need to cope with the industry/art clash and it’s great to see that they never lost the motivation to stay strong in this complex matrix of the dance scene.

It feels good to have the exchange of different experiences with them and to work on a high professional level together.

With so many accomplishments already under your belt I am sure you’ve had to set some new goals for the years ahead. Where do you see yourself in 2022?

My wish to work on my first album is insanely high and every time I finish a track that touches my souI I feel like I need to save it for my album. But for me it’s more than collecting tracks. It’s the most personal thing I will ever release and I can roughly feel how it should sound to expose my inner feelings.

All other thoughts are focussed on the present and perhaps on the next weekend.