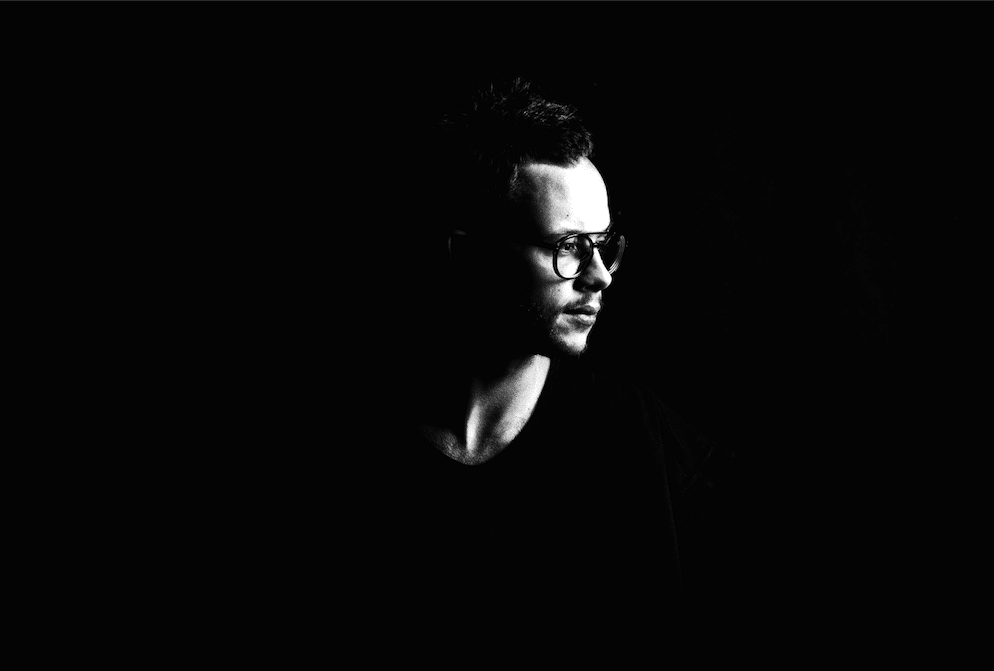 Karol Mozgawa, known as DEAS, is one of the most expressive artists of the Polish electronic music scene in the recent years.

Born in Greece, living in Krakow, DEAS grew up in a house where music played no important role. As a teenager he spontaneously came into contact with trip hop music and such bands as Portishead and Massive Attack. Exploring music he meets the work of electronic music producers -Dubfire, Plastikman, Lutzenkirchen, Sebastien Leger and later Robert Hood, Kevin Saunderson and Anthony Rother, who change forever his perception of reality. A young man, fascinated by music, develops interest in club culture and DJing. Soon he started playing in clubs as well as exploring the nature of music – what is sound, how it is produced. While analyzing recordings, he learned about music production and began to develop also in this direction.

Apart from working on his own tracks, which were remixed by such artists as Pig & Dan, Harvey McKay, and Martin Eyerer, he also remixes other artists – including Carl Cox or Inner City. In 2016 he released his first album – Community LP for Bush Records that collected positive reviews from many artists such as Paul Ritch, Pierre Deutschmann, Drumcomplex, Len Faki and many others.

In February he released his Mentality EP (available on Beatport) on Andre Crom’s OFF Recordings, his second release on the label.

Thanks for taking the time to chat with me, how are things going… has it been a busy start to 2018?

It’s great to meet you, and I appreciate you taking an interest in me. It’s been busy, but I’m certainly not complaining, as I have many projects in the studio and parties at weekends.

I understand you are currently based in Poland, what’s the local club scene like this time of year?

The club scene is growing up very fast. Every weekend we have a lot of parties in club venues like Smolna, Prozak 2.0, Sfinks700 and Tama, but also in smaller clubs like Das Lokal, Projekt LAB, INQ or Szpitalna there are some very cool events!

In summer it’s also great here, with cool festivals like Audioriver, Opener, Tauron, Unsound, UpToDate and Garbicz. This year there will also be a new festival run by Instytut called the “Instytut Festival”. Besides those bigger ones we also have many smaller more intimate festivals including Kaskada, Gamma, Intro festival and Summer Contract.

I think the one problem is here that we don’t have Euro prices here, like in the typical European area, but it is good subject for another discussion!

Before this chat I was looking through your back catalogue, and it seems you have released on quite an extensive range of labels including Kevin Saunderson’s KMS Records… what did it feel like when you got confirmation your tracks had been signed by one of the people who pioneered Techno?

I felt great for sure (laughs) Edith who is my PR agent sent the track to Kevin’s son Dantiez who does A&R for KMS Records. He got back to be very quickly and signed two EP’s, then later I got the honour of remixing one of Kevin Saunderson’s INNER CITY tracks!

You have also featured a track on a compilation for Pan-Pot’s label Second State, and your new release is on Andre Crom’s OFF Recordings, could you tell me about your forthcoming EP?

This is my second EP on OFF Recordings, then shortly after that, I have another solo release for Second State, so it’s a very exciting time for me right now. Both releases are powerful with lots of energy, and I hope the people who buy them will find them memorable, as so much of today’s music seems to have a short shelf life. Sometimes the tracks on each release focus more towards melody, and others round interesting drum rhythms.

How did you and Andre Crom first make contact, as I can see your next release on OFF Recordings is your second appearance on the label?

I first made contact with Andre just before he signed my EP to OFF Recordings. When I finished the three tracks on the release I played them to my friend Piotr Leon and he told me “I think they would be a good fit for OFF Recordings”.

I’d already received many promos from OFF Recordings and decided to send my stuff there. Edith sent my music there and we did skype conversations with Andre who then agreed to sign the tracks for a vinyl and digital EP.

The vinyl sold out very quickly, and it was agreed that I needed to do a follow up… and the rest you know, as that second EP is now available from Beatport and other stores.

Looking at your gig schedule it seems you get regular bookings in Poland, have you ever played in other parts of the world, and do you prefer DJ’ing or playing live?

I’m playing mainly DJ sets as a solo artist, but I have also another project when I play live with my friend Agim. Usually I play in Poland, but I’ve also been booked for gigs in Belgium, UK, Germany and Czech Republic… I’m hoping to play many more countries in the future.

So what production equipment do you use to make your tracks, are you a software or analogue kind of guy?

I’m hybrid kind of guy (laughs). I use a lot of hardware, but also some software. Often.

I use hardware synths and record those using Ableton Live, and then layer software synths with those. All the mixdown is analogue using my Summing Mixer, Analogue Equalizers and Compressors.

I like to be hands on with sliders, buttons, switches and other controls… it’s hard to be as creative when using just a computer keyboard and mouse.

Every day I spend 8-10 hours alone in my studio working on music, and if you want to know more you can look on my website at Secret Room Records.

After the release on OFF Recordings what else do you have planned for 2018?

In autumn will be my EP for Second State which I mentioned earlier… I am very excited for it!

It’s been great chatting with you today, is there anything else you want to add before we wrap things up?

Just a thanks to anyone who has supported my music, and all the best with your own projects for the website.

Thanks again for taking the time to speak with us, all the best for the rest of the year mate.

Thanks for chatting, best wishes!