Bosnian Techno champion Mladen Tomic has certainly been making waves on the scene winning big fans such as Richie Hawtin, Nicole Moudaber, Dubfire, Adam Beyer, Umek and more.. With his awesome new Hot Moog EP dropping on My Favourite Freaks, he just gained another set of fans – 6AM!

We check in to find out more from the man himself.

Please tells us how you were introduced to the world of DJing and music production?

It was in the period from the middle to late 90s, I was teenager in high school, with dreams like any other young boy in that age. I started to be obsessed with music in general, not only electronic and I’ve spent a lot of time just listening music, discovering and recording it from the radio with a tapes recorder. It was not easy to find and buy music, mostly because of bad things which happened in my country in the 90s, which reflected all spheres in our lives. But, somehow I found a way and made a big collection of music on the tapes/cassettes (not much Vinyls or Cd’s). Later on, at the end of the 90’s and at the beginning of 00’s, and after a couple of years playing music in some popular clubs in the city, I had finally bought my first turntables, started to buy records and to organize and promote parties in my home town, together with my friend Sinisa Tamamovic. That was a big and very important step for me as an artist and for the scene in general. After a fewof years of Dj-ing and organizing parties, production came spontaneously as a need to make and present my own music to the people.

What turned you on to producing Techno specifically, have you experimented much with other genres?

Well, I’ve definitely experimented with other genres, in the beginning of my career I was more into the house, deep tech and tribal sound. I remember when I used to mix deep tribal on three decks. It was all very exciting and sounded amazing for me. When I started to produce in 2006, I already played mostly techno, but I always put some other genres into my set. It was not all strictly techno. So, the same thing is happening when I produce, my tracks are mostly techno, but with house and funky influences. Sometimes they are more deep or dark, which depends on my inspiration and how I feel during work.

Starting out on the Bosnian scene who were the big players at the time and was it easy for you to break into Europe?

When I started to build my career as well as to build the scene in Bosnia, there were a couple of guys who organized events and worked more or less seriously. Just to name but a few, they were Black Acid from Tuzla, Ari from Sarajevo, Narcis from Mostar and of course Sinisa Tamamovic from Banja Luka. After a couple of years organizing parties and playing in Bosnia, I started to get gigs in regional countries (Croatia, Serbia, Montenegro, Macedonia, Slovenia), but I knew that production is the only way to became an international player. And it was not easy, it was very hard and complicated, having in mind that I’m coming from a small country with a small scene. The other big problem in that time was traveling limitation and visa issues. But, somehow with hard work and passion I did it. After I released a couple of big tracks which became internationally popular, and I started to get requests and international gigs. 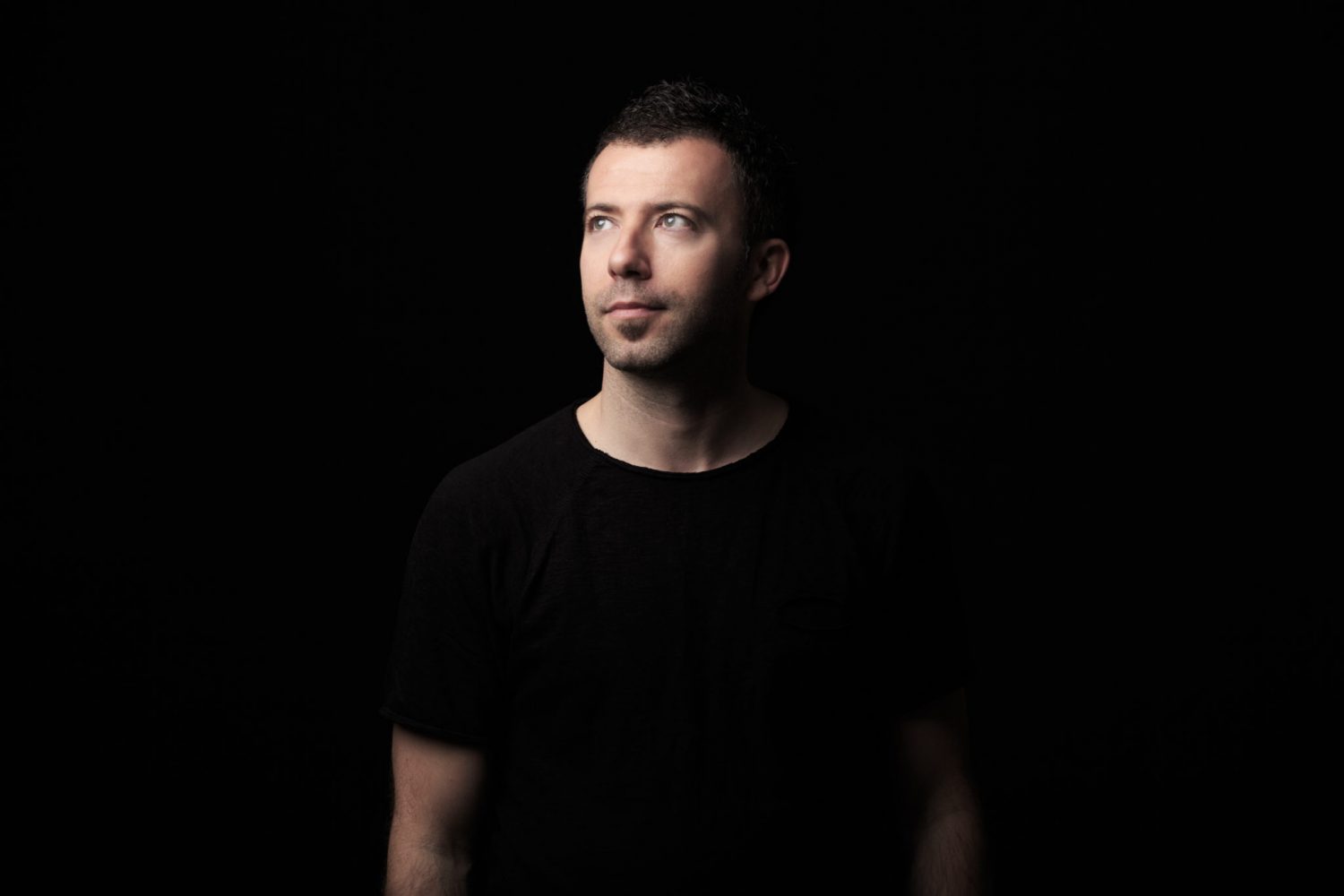 What can we typically expect from a Mladen Tomic DJ set?

I play mostly techno, but often with some tech house or minimal moments, with a lot of groove bass lines which is perfect for dance floor. I do mix very fast and put a lot of energy in it and always trying to have the best possible connection with the people. When I can feel and share the energy with the people on floor, that’s the real thing and my purpose of Dj-ing.

What was your first production and how do you think have you evolved since then?

It’s not easy to talk about my own work, but I think I’ve definitely evolved. My first release was in 2006 and when I listen those tracks from the period 2006-2010 I can hear evolvement in the tracks which I produced last couple of years. Old tracks had a god ideas and arrangement but sound is not so quality. Also music is changed so my production as well.

You have your new Hot Moog EP coming out on My Favourite Freaks, what can we expect musically between the three tracks?

‘Hot Moog’ has a heavy techno kick, bass and groove, with short synth and female vocal moments going through it. ‘Miss You’ is more funky, with two bass lines following each other, one is static and the other changes frequencies and resonance all the time. There is male ‘miss you’ vocal on top and a strong break with a combination of snares and claps. ‘Digitalism’ is my favourite track on the EP. This is my typical sound, with a strong kick and bass, crazy groove and trippy modulated synth melodies.

You’ve released on many labels including Sci + Tec, Suara, Definitive Recordings, Terminal M, 1605, Octopus, 100% Pure, Deeperfect and Stereo Productions. Why is important to release across many different labels and which has been your most successful release so far?

I’ve produced a lot of music in the period between 2010 and 2015 and in the same time I was getting a lot of requests and interests from big labels, so somehow for me it was pretty normal to release a lot on all of these big labels. I don’t know if it would have been better to focus on only one or two big labels, but for me it was ok to release on many different labels, which I liked of course. Nowadays I produce a little bit slower and don’t release for example 12 releases in one year, as I did in 2012/13/14. My most successful releases so far are ‘Before Sunset’ on Definitive Recordings, ‘Physical Level’ on Suara, ‘Solar Wind’ on Sci+Tec and ‘Front Pocket’ on Octopus.

What’s your studio set up like and what pieces of kit are essential the the Mladen Tomic sound?

I work with VST Instruments, and manage and control them with midi controllers. I used to work with Cubase, however recently I’ve switched to Ableton and I am now discovering new sounds and features. At the moment I have in my studio a RME Fireface UCX sound card, KRK monitors, Maschine MK2, Arturia Beatstep Sequencer and a Korg Microcontrol midi controller. I use many VST instruments to get my own sound such as Native, Spectrasonics, Arturia, Moog and many others.

Techno is hugely popular at the moment, with many young producers making it, why do you think there has been a resurgence of popularity of the genre?

I am very happy because techno is so popular at the moment and it’s very nice to see many young people coming to techno parties and enjoying in the techno sound. It’s actually very important that many young producers and DJs are into techno; that’s the key of techno popularity. On the other hand, I am a bit afraid of to much commercialization of the genre, but let’s see.

If you could make a remix for anyone in the world who would it be?

I already did remixes for big names from the scene such as Mauro Picotto, Sebastien Leger, ANNA, Chus and Ceballos, Cristian Varela, Stefano Noferini and many others. I would like to remix some work of Adam Beyer, Dubfire or Marco Carola.

Tell us about your own label with Sinisa Tamamović, Night Light Records, and who are your main artists?

Sinisa and have been running Night Light Records since 2008 as a Vinyl only label, then after a couple of years we switched to digital. The label is doing well and we kept and released only underground techno sounds. We recently had release number 143 and we had artists such are Juan DDD, Celic, Gaga, Alberto Ruiz, D-Deck, Alex Costa, Alex Mine, Dani Sbert, Paride Saraceni, Grasso & Maxim and of course Sinisa Tamamovic and myself, and many other great artists.

You DJ a lot around Europe, where are your favorite places to play?

Do you remember your first gig?

I’d like that I can, but actually it’s not possible for me to remember at this moment. I started Dj-ing very young and it’s very hard to pick and remember the first gig.

What gig are you most looking forward to this season?

Let’s say the gig at Fresh Wave Festival in August in my city Banja Luka. This festival is happening in my home town, and I am the official resident of the festival and will play together with Dubfire, Carlo Lio, Shaded and many others. 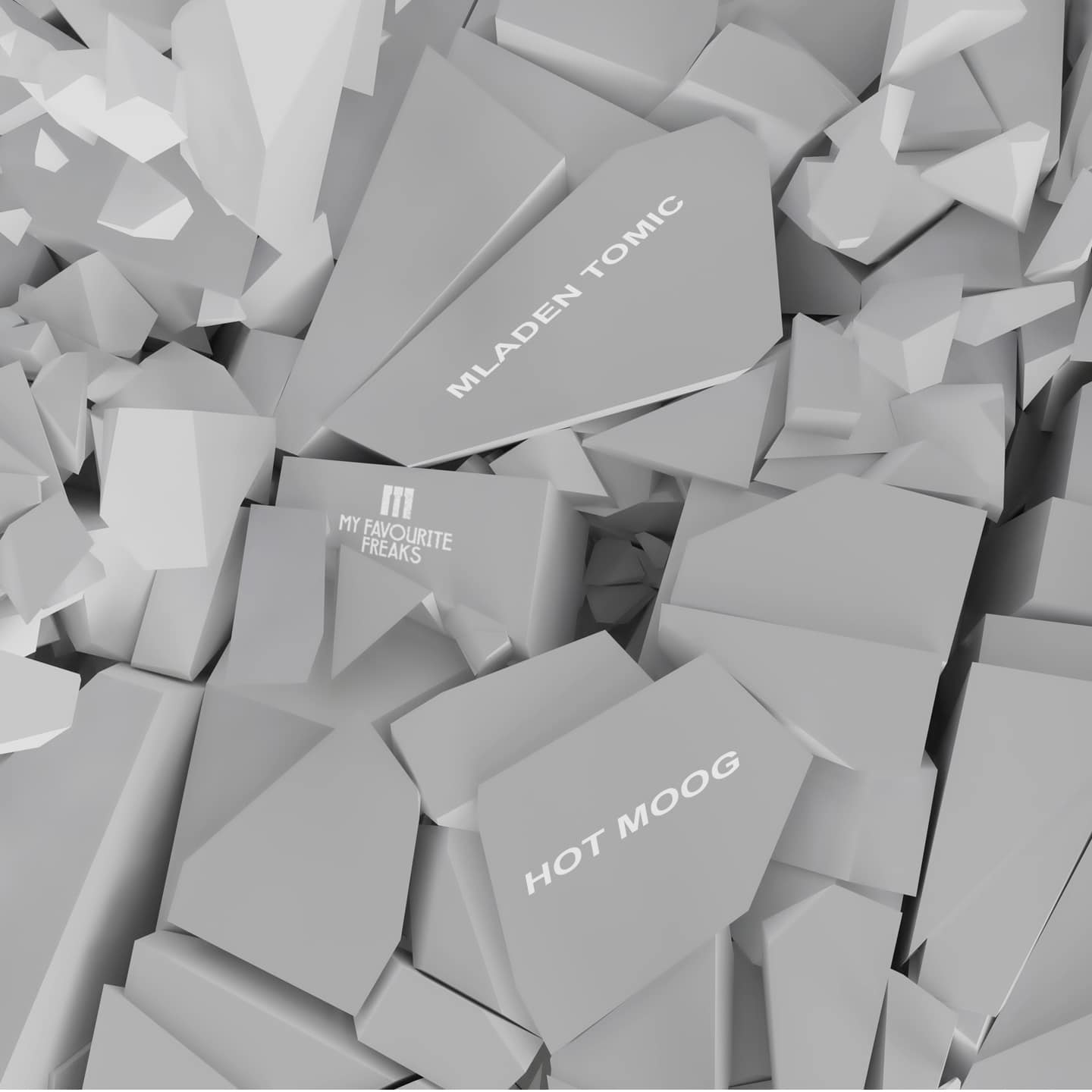