Leeds grown and Ibiza based, Audiojack are a duo who have built a sterling reputation over the last decade as DJs, producers, remixers and label owners. With music on labels the likes of 2020Vision, Hot Creations, Tsuba, Leftroom, Get Physical and Culprit and remixes on Moon Harbour, B-Pitch Control and Diynamic, there is no doubt that Audiojack are one of the current most respected producing acts amongst their peer.

The duo have been mainstays on Ralph Lawson’s 2020Vision recordings for over a decade where they released their debut album Radio, and several bestselling EPs including Get Serious and No Equal Sides. Audiojack also signed to Jamie Jones’ infamous Hot Creations label, debuting with the heavily played Vibrate EP, which features their good friend and vocalist Kevin Knapp on vocals; one of many collaborations between the transatlantic trio.

Running their own dance floor focused label Gruuv for over five years has provided an alternative home for their original music. EPs such as Stay Glued and These Days, which include their rework of Jaydee’s classic ‘Plastic Dreams’ were received to critical acclaim. The label has also garnered a reputation for nurturing the best talent, new and old, and counts Emanuel Satie, David Mayer, Marc Romboy, Dachshund, Hugo, David Pher, A1 Bassline, Hermanez and Black Loops amongst its regular releasing artists.

More recently the duo have enjoyed musical outputs on Sasha’s Last Night On Earth, as well as the revered mobilee imprint of Anja Schneider and Ralf Kollman. We caught up with Audiojack as they were in the midst of their U.S. tour with a stop in our home city of Los Angeles.

Hi guys, you’re always on the road! Tell us a bit about where you are right now.

We’re in our hotel room at the Standard in LA for the first leg of our US tour where we’re playing at a Secret Warehouse party this evening.

You’re releasing on mobilee for the first time very soon. Can you tell us a little about the release?

We’ve been big fans of mobilee for years and played with Anja and Ralf at their mobilee party in Ibiza a few years ago. We decided then to do an EP together but it’s taken some time to hit the right spot. We’re really happy with this EP; two straight up energetic tracks made for the dance floor, which is kinda what Audiojack is about.

Earlier this year you had an EP on Sasha’s LNOE and it’s safe to say that you guys have just been churning out production after production. What are some of your secrets to being productive in the studio?

We’ve been constantly trying to improve our workflow to make it as easy as possible to get the sound in our heads out of the speakers. We try not to overwhelm ourselves with too many options so every few months we go through our sounds and single out anything that sounds relevant at that time. Then when we’re making music we have all the stuff we like at our fingertips and don’t have to spend all afternoon looking for a decent clap while forgetting the original idea for the track. Also we’ve been going into the studio with a clear idea of what we want to make and then it’s just a case of cracking on with it. A little time out for thought and reflection usually speeds up the whole process of making music because when you get back in there you know what you need to do.

Who does what? Do you guys divide duties at all?

We both have our strengths and weaknesses which each other compensates for; a quality you’ll find in many working duos that do all of their stuff themselves. We do all of our own producing, management and label running.

Do you ever clash? How do you resolve those moments?

Yeah, clashing is part of what makes us who we are because when our tastes clash those differences are removed and what’s left is Audiojack. Even when we do solo gigs we still get together to discuss the new music and have a mix ahead of each gig to see what’s good for us and what isn’t. There are some tracks one of us love but the other isn’t so into and they don’t make it into the box. So if you hear one of us DJ you’re still getting the music from Audiojack as opposed to Rich or Jamie.

What are your go-to tools in the studio these days?

Native Instruments are soaring ahead in our usage in the studio with their innovation of plugins such as Reaktor with the blocks and analogue modelled soft synths like Monark. Also there’s so much good content being made by people in the Ableton max4live community. Max4cats recently brought out a semi modular plugin called Pallas which is so much fun routing one thing into another and modulating stuff in strange ways to get some really out there sounds.

You’re a British duo that call Ibiza home now. How is it to live on the island off season?

The winter in ibiza is tranquil and beautiful where the party scene is exchanged for country walks, days in the pub with your island mates, bowling nights and dinner parties. The roads and beaches are empty and the weather is still great. January and February are the only cold quiet months, so thats a great opportunity to get loads of music made unabated by temptation and distraction.

What are some of the things that keep you busy on the island outside of music?

We both love food and cooking so spend lots of time trying new recipes and hosting dinners. Rich recently had a daughter so life has been changed significantly for him and how he spends his spare time, and Jamie has a couple of dogs that get him out of the house into the countryside on walks. Rich is a keen runner and Jamie plays basketball every week. We both like going to see live music and attending key parties every Tuesday.

Jamie: Mine has to be Bollywood on the marina in Santa Eulalia. It’s the best Indian food I’ve had outside of India and better than lots inside India too!

Rich: There’s a place on Restaurant St in Santa Eulalia called Asian Road and I go there for the degustation menu every week.

Any hidden spots or beaches you can recommend?

There’s a little beach shack style bar just up the coast, north of Santa Eulalia that you can only access by walking that serves great coffee and cocktails with great ocean views and chilled vibes. We promised not to publicize it but if you’re willing to look hard enough then you deserve to find it. 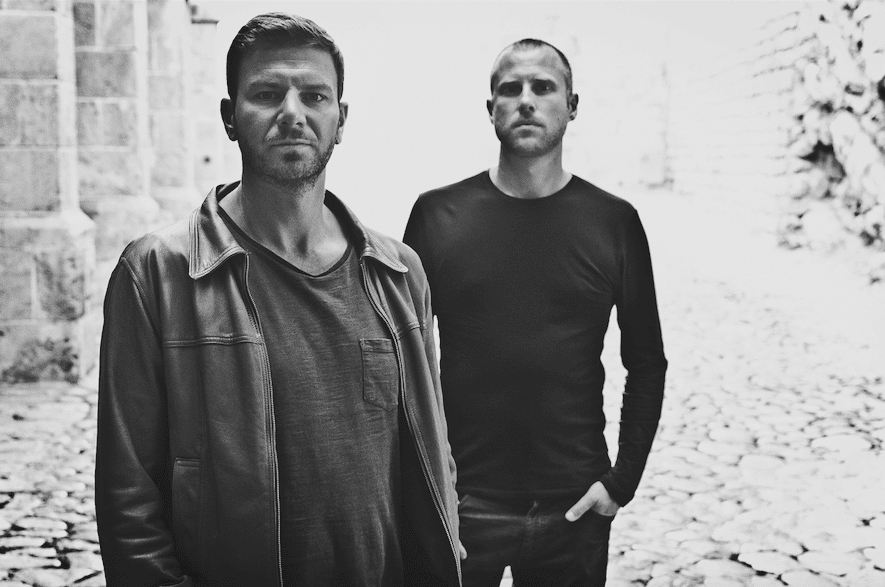 You are in the midst of your U.S. tour. Anything in particular you’re looking forward to when in the States?

All of it! 7 amazing cities with friends to catch up on almost every stop, including one of our best mates joining us in Denver, Philly and NYC where he now lives. We’re going off piste in Colorado staying in a log cabin, going zip lining and white water rafting so that will surely be a highlight.

I know you’ve played Miami before but I believe some of the dates on this tour may be debuts for you, is that right?

Venues yes, we will be breaking new territory but we’ve visited all of these cities at least once and some many times. This doesn’t detract from the excitement though, it has been 5 years since our last tour here!b

We are through to the second part of the year. What other projects are in store for you guys to close out 2017?

We’ll be working on new EPs for various labels, continuing our run of releases of straight club music and we’re also working on an album for Crosstown Rebels which will be a little more avante-guarde than what people may normally expect from us.