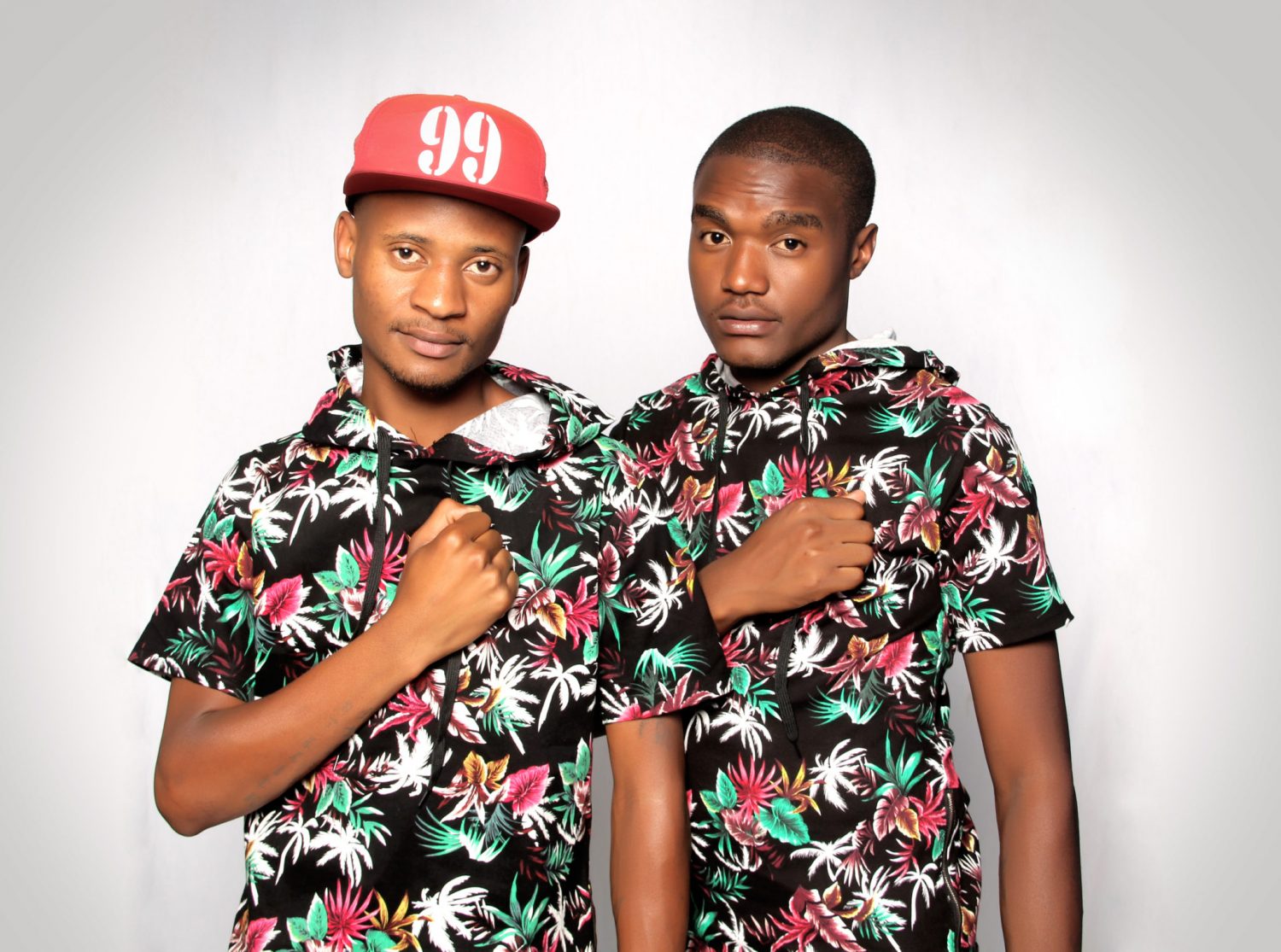 Afrobrotherz are a young and upcoming duo making waves on the South African dance music scene with their organic beats and stunning melodies. With their Drumsoul Music EP out now on Afrocentric Records, 6AM say hello.

Please introduce yourselves and tell us about where you are from.

First of all, we would like to thank you for first taking the time to listen to our music and second for giving us an opportunity to speak about our music with your readers. We are DJ Click and Mohammed and together we are the Afrobrotherz. We are both from a small village in Mpumalanga – Kwa-Ndebelele (Vezubuhle) in South Africa – the name means “East”, or literally “the place where the sun rises” it’s also the home of Kruger National Park.

Describe your sound in 5 words.

Were you always musical growing up? Who or what introduced to the world of DJing and music production and making House Music specifically?

DJ Click: My father was a DJ ’til he passed away in 2003 when I was 8 years old, I grew up with music at home 24/7, not just African music but all styles, I have been in love with music since I could dance. I started producing in 2013 I was introduced to house music by the godfathers of SA house Oskido, and Vinny da Vinci.

Mohammed: I have a similar journey to Click, I grew up in a musical family – my mum was music teacher and my dad played in a band, so I heard music everyday. I got into production with a few friends at school in 2012 initially, making Drum and Bass.

You have your new Drumsoul Music EP out on Afrocentric, what can we expect musically between the three tracks?

Drumsoul EP is authentic House Music from the heart, we made it for our community to have fun. It features 3 different tracks – ‘Story of Piano’, ‘The Urban Guitar’ and ‘Son of A Mickey’, which all cross the diverse spectrum of African Music fused with modern dance. Each track has a distinct melody, we tried to express variations of our “Drumsoul” sound across each track. You can hear quite an intense driving melody in ‘Story Of Piano’, whilst on ‘Urban Guitar’ the sound is more open and playful.

Who and what inspires you, who are your musical heroes?

We are inspired by two South African producers. First, it’s Black Motion as they have risen to where they are now taking their sound across the globe having started in a small studio with limited equipment just like us. We are also big fans of Dj Caiiro, a rising DJ from South Africa. As far as musical heroes go it has to be Black Coffee for where he has taken the Afro House sound. (Mohammad) I tend to agree it has to be Black Coffee, but I would add Oskido as he also had a hand in making house music popular in SA

As a reasonably new act entering the giant South African dance scene next to the likes of giants including Black Coffee and Ralf Gum, how hard has it been to break into and what are your hopes for the future?

We have let our music speak for us, passing our demos to a select number of SA DJ’s we were lucky enough for DJ Shimza to have featured our track ‘Tick Tock’ on one of  his DJ mixes.  This was picked up by Cory Centric from Afrocentric Records – we wanted to sign with them because they are a new label, but with an owner who is established through his previous Centric Records Imprint. It meant a lot to us to have a label owner who was focused on not only releasing music but developing us as artists. Prior to this we had built up a following by being active on social media and giving our music away to our fans, a lot of people have complained about this approach, but we feel it works for us as it allows us to get feedback directly from our fan base.

As for the future, we are keeping our heads down and working non-stop in the studio. We have two more EP’s forthcoming on Afrocentric Records – the ‘Tick Tock’ EP, which we are very excited about as it will feature remixes from Del Gado, Pastor Snow and Cory Centric. And the ‘Home Of Africa’ EP, which features Joe Cool Lorenzo on vocals. There is also a solo EP from DJ Click coming later in the year and we have a number of collaborations and remixes in the pipeline, so you can expect to hear a lot more of our sound.

What can we typically expect from an Afrobrotherz DJ set?

We are gearing up for our annual birthday bash, so you caught us at a good time as we are planning our set now, the majority of our DJ sets comprise of our own productions as well as exclusive tracks from the producers we work with. We try to stay away from the mainstream tracks and aim to give the people something new and fresh to keep things moving – all with an Afro-house flavour of course!

What are your current top 5 tracks?

Tell us about the current South African scene and where are your favourite places to play and party?

There’s a lot of competition and a lot of quality young producers trying to break through, we try and stick to our own path and work closely with a select few producers like Caiiro and Pastor Snow. Hip Hop has also become popular, so now house music nights have some competition with a lot of new producers turning to Hip Hop and Drum and Bass instead of House music. We play and party in the numerous bars in our village and have a residency in Emarumini Bar in town, we have started getting regional gigs on the back of our productions, so we have just started traveling for gigs really.

If you could play a back-to-back set with any DJs in the world, who would it be?

Who would you most like to collaborate with or make a remix for?

DJ Click: I would love to do a remix for Snoop Dogg, I think he could rock an Afro House track with some Afrobrotherz magic added to it.

Mohammad: African Roots, I really love their new song (JabulaUniveng ‘Happy’), I can see us making sweet music in the studio together.

Deep and Afro House is huge down in South Africa, with many young producers making it, which other cool new names should we be looking out for?

There is a lot of young talent in SA! Keep an eye out for DjCider SA, African Movement, Mega Drum, Beat Movement, Reggie, OurMindCrew,Vinny Kay (Vocalist) and Reebah (Vocalist).

What part do you most love about being in Afrobrotherz, producing or performing (and why)?

DJ Click: I love the production side, there is nothing better than working for days getting a track just right. It’s the buzz of accomplishment that I like.

Mohammed: I love performing, it’s the feel of the crowd, their response when you drop something you’ve just finished in the studio and it rocks the dance floor, you can’t beat that feeling!

Which one piece of studio kit is vital to the Afrobrotherz sound?

Hypersonic 2 Plugin – we don’t work without it in the mix.

Which of your own tracks holds the most precious memories for you?

‘Tick Tock’ , myself and Mohammed spent 5 nights working on it when we finally heard the final track we got emotional it means so much to us and we are so pleased the world will get to her it soon

Finally, what’s coming next from you?

As well as the two EP’s coming out on Afrocentric Records, we are in the studio and just finished a collaboration with Pastor Snow and Vinny Kay. We also have just released the first of a few tracks we have been working on with OurMindCrew – Silmazo Bass.