Digging Deeper at ADE with The/Das 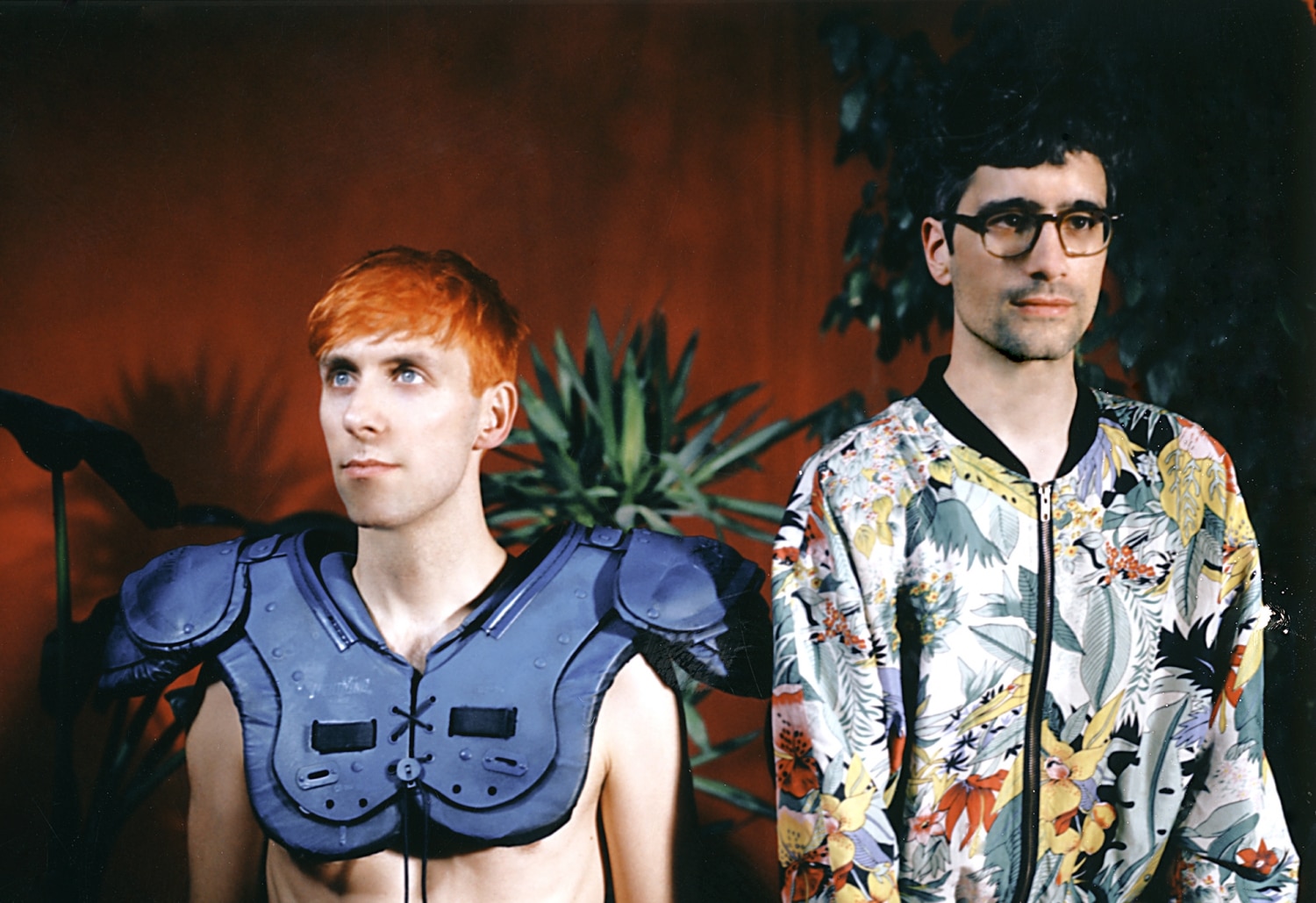 Digging Deeper at ADE with The/Das

The/Das is a German electronic duo comprising of Fabian Fenk and Thomalla, with multiple releases on Life And Death, Sinnbus and Circus Company, and with their second album, Exit Strategies, now out on Life And Death. Their live set has taken different forms over the years, sometimes including other musicians and instruments, but currently is a purely electronic set up which offers the pair endless possibilities to improvise and re-invent their material.

Their emotionally rich, melodic compositions have since found a fitting home on Life And Death, whose sound is also somewhere between dark Pop and House, between the dance floor and the living room.

We caught up with them ahead of their ADE 2017 gig at the Life and Death showcase.

Hello Gents, nice talking to you! How are you guys doing as ADE is about to get going?

Thanx! We’re doing great – reconstruction work in studio B and preparing new material for our live set in studio A.

Def excited! It’s always nice to get together with the whole crew, see what everybody has been up to, catch up, and then make the crowd dance and smile

What does ADE mean to you as artists?

ADE has become such a tradition in the electronic music world that it’s extra thrilling to present your work there. Since it brings together so many different artists, labels, promoters and other people working in the field, everybody tries to give the best performance possible so the quality of the individual showcases and parties is very high. And of course there are all the eager people having a great time enjoying all this effort. So in a way it condenses a whole scene in a tightly packed package.

Any special Amsterdam spots you will try hit up while in the city?

We hope we will find some time to lurk around in some record shops. Possibly Red Light, Vintage Voudou and of course Rush Hour. Too obvious? Or too little time? You tell us.

You’ve been a part of the label’s family for 4 years now. How did that first come about?

It’s almost five years ago that Matteo reached out to us, back in the days when everybody was still living together in Oranienstraße in Kreuzberg, jamming out, producing three tracks a day, going to Goldener Hahn for dinner then working on a remix, eventually writing the Fresh Water EP. But also back then Tennis and the boys would come visit us in our wedding studio every now and then, just like what happened when Tennis came visit last summer, and he showed us his new stuff and we introduced him to the rough outlines of our new album.

Why Life and Death? How does the label’s ethos and sound match with yours as artists?

As you can hear, our sound is very eclectic and so we are very happy to hear Tennis vision to lead Life and Death into a greater diversity of sounds. We are very happy with where we are as producers today but we also know, that our sound is not the direct slap on the butt, it’s a bit more sneaky and trippy. We are happy to be with a label that is willing to take a risk, that stays open and is eager to reinvent and rediscover its styles and boundaries, because also we like to explore as many ways as possible and needed to write the sweetest The/Das dance music out there.

The label, to me, has always been synonymous with genre-blurring, able to incorporate various musical visions into one cohesive imprint. Do you agree and if so what’s the secret behind this do you think?

It’s all about being open minded and staying curious, while deeply caring about the whole of music, caring about the scene, obviously that is something you can’t force, but it seems like being humble and not afraid of change is a good way to start.

While we’re talking about genres… your music has been described as techno and house, all prefixed with a series of various adjectives to better try pigeon hole your productions and sets. What is your stance on the music The/Das represents?

A few years back our last label Sinnbus coined the phrase “techno tenderness” for us; we like that paradox that lies within those two words, the functional drum machine meets the ear for the detail, talking for hours about utopias meets unconsciously repetitive dance moves.

So, you just released your latest album Exit Strategies on Life and Death. Can you tell us a little about the overarching message you’re trying to communicate with it?

First of all, the title doesn’t come so much from an existential crisis or a need to escape that would be essential for our survival. We’re very privileged to live our lives in relative peace and relative affluence. Speaking from this position it nonetheless refers to a discourse on possible ways to overcome what is bothering you and/or the world. You don’t need to drop out of society to reflect upon alternatives to your usual modes of operation. Music can be one trigger to start that process and we hope our album is not simply a commodity but also something that people can connect to on a deeper level.

Of course it also represents some of the changes we were going through regarding our artistic stance. As the album is kind of eclectic, for us, it also serves as an exit strategy to the tendency of being put in a box that is too small for us. If you conceive every single one of its tracks as one possible way to tackle that notion, you’re back in control of what you want to get across yourself – even if it means to stay ambivalent. Exit Strategies serves as the overall theme for that.

Any particular influences, musical and non, behind the tracks on the album?

There definitely is a stronger influence of house music than before (who would have guessed?). This stems from DJing more and more over the years and it felt great to get more into sampling and drum programming.

Do you have a favorite track or two that you feel stand out above the others?

Every single track on the album has the right place and right time to shine. So it’s very difficult to decide, also since favorites always change. With regard to our live set and the pieces’ further evolution we constantly rediscover single elements in every track or sounds and quirky melodies that did not make it onto the final LP version.

Releasing an album is no small feat, and you’ve been playing some great gigs around Europe. Any highlight career moments you’d like to share?

Since every answer to this would sound like coming from a 90-year-old former box champion writing his memoirs. I have to go for: The highlight career moments for that book are yet to come.

What is the single most important thing you’ve learned in your journey so far?

Knowing when to keep up the momentum and when to step back to reflect on what you’re doing.

Playing amazing shows and working on great new tracks, simple as that.

Have a fantastic ADE guys!