Digging Deeper at ADE with GNTN 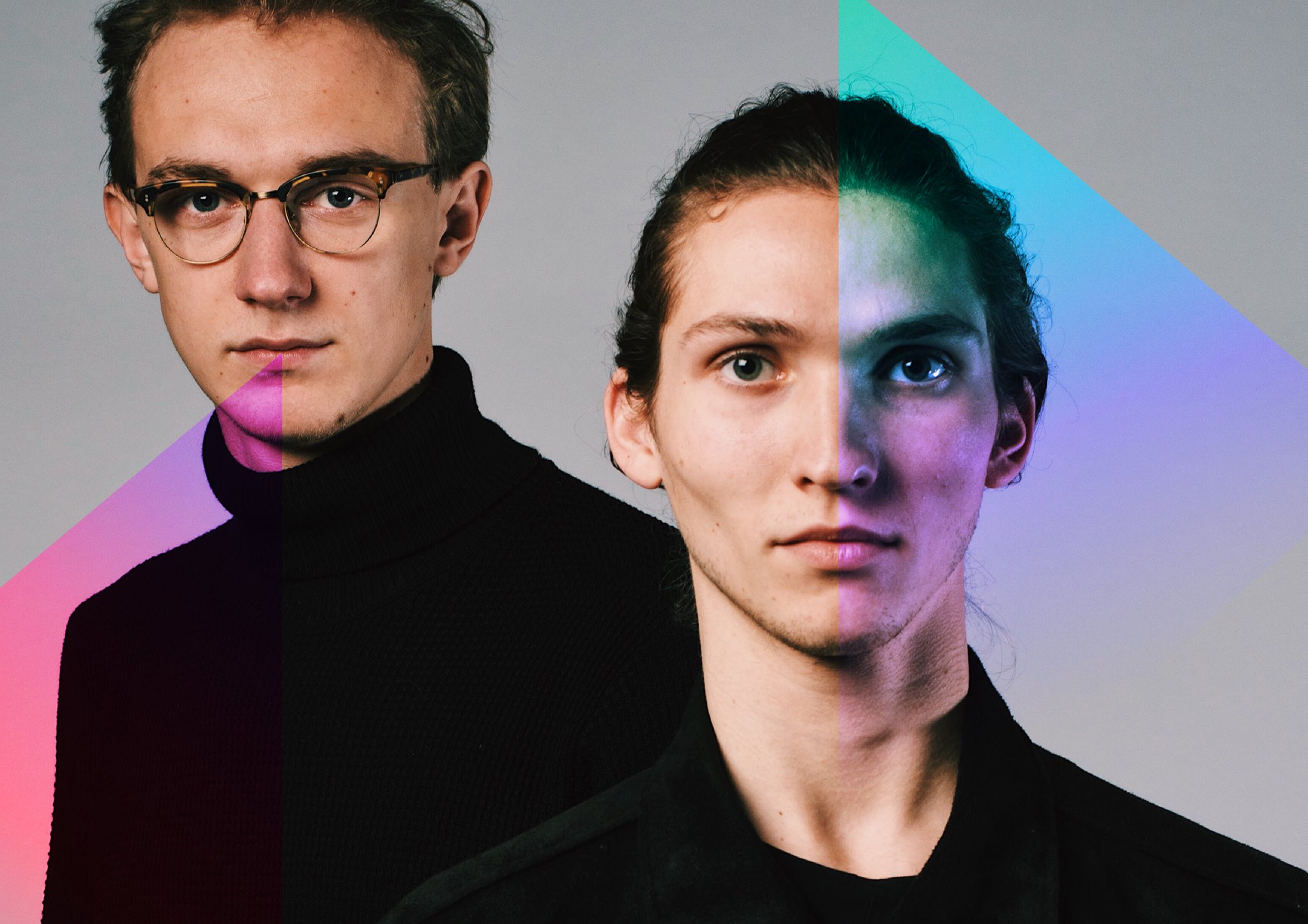 Digging Deeper at ADE with GNTN

GNTN are an emerging DJ & Production techno duo from the Ruhr Area in Germany.

Marcel and Jan both grew up around Dusseldorf, and then decided to join forces in 2014 upon realizing they shared equal passion for music production and electronic music, and in particular for melodic-influenced techno.

After securing sets in cities like Cologne, London or Dusseldorf they soon discovered their musical direction and found support from some of the biggest names of the scene, including Felix Kröcher, Joseph Capriati, Drumcomplex and more. On December 15th GNTN will release their latest studio work via Moonbootique Records, soon to be available on the label’s Beatport page.

We sat down with them during last month’s ADE to talk about their past year and what’s ahead for them in 2018.

Jan, we met at last year’s ADE party with Tom Hades, which was really cool as it was completely unplanned. I have had one question since, and you might laugh but how do you pronounce your artist name “GNTN”?

Jan: Just like you did, spell out the letters: G-N-T-N

Ok, is it an abbreviation for something? What does it mean?

Jan: Not like any really deep meaning behind it like, when we started, it was like a fun idea to start with and then it kept going and we got more professional and it stuck.

Jan: Yes, sure. It’s quite funny. Actually, I’m working with him at Artist Management Agency, and we’re doing management for him since the beginning of October. I am pretty excited for that, he is willing, a nice guy, good producers, pretty excited to work with him in future.

Oh cool, so you guys do music and then your day job is as Artist Management! What about you?

Marcel: Studying Economics. So, that fits quite good as I am doing Economics and he is doing music insights.

Actually it’s very similar with us at 6AM. Jia studied Finance and does Accounting, I focus more on the music industry during the day time too. Everything we learn and do on our other jobs gets put back into our passion with music. The way things have developed over the years it’s not enough to just put a record out, you know, there’s social media, economics, how the labels work, networking etc.

Jan: Exactly, it all fits well.

So, the last year has been pretty busy for you guys. What would you say a highlight of your year was?

Jan: Highlights were definitely musically, such as with the various releases we had. The Gravity EP was really good for us, and so was Helios and then there were a lot of good shows like at Egg London, in Amsterdam and Parookaville, which I think is the second biggest festival in Europe right now with 80,000 visitors.  That was quite an experience and yeah, we have kept working on new music. That’s the most important part, absolutely.

So, you’re back at ADE obviously. What does ADE mean for artists such as yourselves? Why do you guys come here?

Jan: It’s like a hot spot. You have the opportunity to meet new people, to talk to people you’re in contact with on a daily basis or in a frequent way like we are right now, for example. You get to meet agents, record labels, promoters, put a face to everyone you’re in touch with over e-mail.

Right. And so, obviously this is not your first ADE, when was your first?

And for you it’s this year?

Why do you think ADE is as successful as it is? Do you have any personal opinion as to why you think that that’s the case?

Jan: I’m not sure how it developed like from the beginning but to me it’s because of the fact so many parties are here happening in one week, with everyone from the industry present to attend workshops, network, and of course go to the showcases.

Are you going to any parties to party?

Jan: Yeah, we’re actually going to a few parties this week, but also hanging out and o course to the Tom Hades party tomorrow as well. We’re going to be there so it should be good.

Cool. Just while we’re on the subject of Amsterdam, do you guys like to do anything else while you’re in the city here?

Marcel: I think just hanging around, there’s so much to see in the whole city so we will be having some drinks, checking out some coffee shops, just enjoying the city, it’s amazing.

I played your last release this morning, “Helios” which is doing really well and I think the reception had been pretty good, how do you guys feel about that track, how’s it been for you?

Jan: You know, we’ve been working on this track for so long actually, I think we started to try things with the melody and then generally weren’t getting it done, and it had been a while so we got back to it, decided to finish it and then it was a process of only a few days from there.

Marcel: Yeah we just sent it out requesting feedback, and then a few days later we actually got it back confirmed and it couldn’t have been a better process.

I want to ask a follow up question with that because we work with a lot of other producers back in LA and one of the things I always hear from producers is how they have been working on tracks for a long time and have an internal conflict on whether a track is done or not. What advice or suggestions would you give to young producers who are struggling in their mind with this?

Marcel: I think we have one point in the production process where we feel that the track is right and then everything is clear for us and the process really flows through from that point.

So, it’s sort of a feeling you get?

And sometimes finding that unique sound is where it takes a lot of work.

Jan: You have to test out a lot of things; what works, what doesn’t work and then once you figure it out, for you, just push it out.

So, while we’re talking about the studio, do you have any advice for how to remain productive and get as much done as possible?

Marcel: I think we have to take time for it, give it the priority it needs. It’s all about prioritizing, and music should be up there.

How do you two work in the studio together?

Jan: I just start the idea, such as when I hear a melody and I get into a session with Marcel and then I am able to see the whole thing in a much more objective way with his input.

And how was that process for you as far as finding the right label and getting tracks released, how has that been so far in your career?

Jan: It’s not always like with “Helios.” Normally, you have to wait for weeks, even months to get a reply and yeah that’s what has been happening recently as well actually. We’ve tried to reach different labels and it always takes a lot of time.

What do you feel the best strategy is in order to get a reply on a release?

Jan: I think what is most important is that the tracks are actually finished, really finished so you don’t send just an idea, and I think most producers do that. It’s best when the track is fully mixed and mastered because, as an A&R you get so many demos each day you’re just going to click like 30 seconds of it, listen to the break, the drop and work out if it’s good, not good… so your track has to stick out. That’s how we approach it.

Marcel: I think it’s a pretty good strategy actually, for example, to start releasing music on your own, develop your own songs and just kind of wait until labels recognize you. Or, there’s the way to directly approach labels and just progress over time. I think both ways are a good thing but you just have to see what you want as an artist and what fulfills you. We have gone more the label way recently  and that’s what we’re going to continue in the future as well, which I think is absolutely cool.

Do you have any gigs planned for the rest of the year?

Jan: We just teamed up with a booking agency in Germany. We’ve got quite few gigs coming up next year like in our area in Germany, and Dortmund but we’re also already in talks with other clubs in Amsterdam so, we want to keep it like, quite international from the beginning!

It’s obvious you’ve been touring and you mentioned your gigs in London and Amsterdam… do you have a preference on tour versus studio?

Marcel: Both are great, it’s a different thing I think.

Jan: I think it’s great to sit in the studio finishing tracks but on the other hand, you want to test them out and see how the crowds respond, and to play sets in front of an audience so no favorites for me I would say.

Obviously you’re quite fresh in this career, and you’re traveling more and more. Any tips on staying healthy on the road and not getting worn out? Have you guys thought about this?

Marcel: We felt it in London. It’s really exhausting, you know, you’re drinking, traveling, not sleeping much…

Jan: Yeah after that gig… when you’re on tour for a while you shouldn’t party too much, it wouldn’t even be an option, but that was a one-off gig.

Definitely. What do you feel social media’s role is in today’s electronic music world for you guys as artists?

Jan: You just have to be on social media, you know, just have to present yourself, and you have to give people an inside into your life as a producer, also to keep them updated considering how many DJs there are out there.

Marcel: I think you should also focus on quality of your posts over quantity.

Jan: So, you have to really develop a signature look, visual identity, a brand. That’s really really important nowadays, I think so, at least…

Do you feel letting your audience into your bit of your personal life as well as your project for just music, is important? Or do you keep them separate?

Jan: I think now we’ve focused more on studio and gig content and I think we want to give more insights into our private life in the future. They want to see who you are, they want to relate to you.