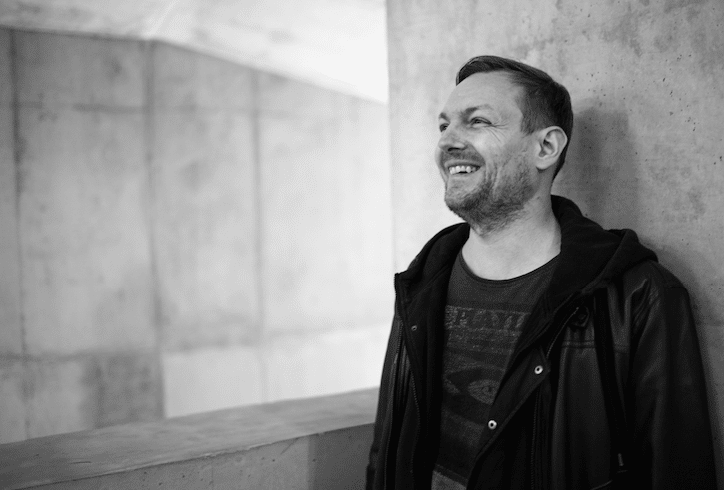 It’s been a big year for Brett Gould, with a release on Idris Elba’s 7Wallace label, his Get Down EP featuring a Huxley remix and flying up the Beatport top 50, on top of other releases on Glasgow Underground, Under No Illusion and Sola.

This heavy output has garnered him some mammoth support along the way from the likes of Claptone, Roger Sanchez, Prok & Fitch, Josh Butler, Richy Ahmed, De La Swing, Raffa FL and Riva Starr, who actually asked Brett to mix Snatch’s ‘Best of 2017’ compilation.

His track “Crazy”, came out on Solardo’s Sola label this past August, right as he was in the midst of busy summer gig schedule that also saw him perform at Privilege in Ibiza. Since then he has contributed “Orange 92” to Lee Foss’s Repopulate Mars, for the label’s Repopulate Stars Summer V/A compilation that will be released this Sept 21st, available for pre-order HERE via Beatport.

And to think that his summer took off on the heel of a fantastic guest mix for 6AM, which you can listen to again below!

Top top it all off, we had a small chat with Brett to talk about his summer and recent prolificness in the studio.

Hi Brett, good to speak to you. You’ve had a busy few weeks recently with gigs and releases – can you give us an update on what you’ve been up to?

It’s been a great August, I played in Leeds twice for my residency at Teatro, I also played at the Source Bar in Maidstone with Prok ‘n Fitch, I then played in London for Dawn with Carlo Lio and Nathan Barato. Last weekend I played for Solid Grooves at Privilege, Ibiza with James Zabiela, Dennis Cruz and Michael Bibi so it’s been great fun.

You’ve just released on Sola, “Crazy” has been floating around quite a few sets at the minute, has there been any key support?

Yeah, the main support has been immense with Solardo supporting the track in their shows. Over the past few months I’ve seen vids of support on my tracks coming in from MK, Chris Lake, Idris Elba and Fisher is really supporting my sounds so I’m well happy with what’s happening!

Can you tell us about the production behind the track? You seem to have a signature sound, what elements make this?

I generally start with my groove and bass and lock them into a key for the track. I already knew the ‘crazy’ accapella I was going to use this, so I developed the groove around the vocal. I tend to keep things dark and funky with my synths.

Sola have had some huge releases, it must feel good to be part of that crowd, what are the Solardo boys like to work with?

They’re cool. We all know they like to party but there is a serious side to them as well. They haven’t got to the top by fluke they know what they want to achieve.

Speaking of huge releases, you’ve just signed a track to Repopulate Mars, can you tell us about this? How did this whole project come about?

It’s called “Orange 92” and comes out on the 21st September. I’ve actually had the idea of this track in my head for months if not a year now. I sampled an early rave track from 1992, I loved the sound of the keys as tonally they don’t sound like anything else that’s being produced at the moment. I built the drums and bass around it and really pushed the compressor on it. It’s probably the most banging track I’ve made since ‘House Music Is’.

Will we be hearing these tracks in your sets? What shows do you have coming up that people should know about?

Yeah, I can never guarantee what I will play as it depends on the time and I go with my gut, but I started with “Crazy” at Privilege and pretty much finished with “Orange 92” –  it went off as well!

My next few peak time shows are in Leeds with Teatro on September 14th and London with Never Enough in Shoreditch October 4th.

Finally, what is the craziest thing you’ve ever seen at a gig?

I see crazy things all the time. I’m just not sure if that’s because I’m under the influence or not! I once saw a car park in the DJ box! (laughs)