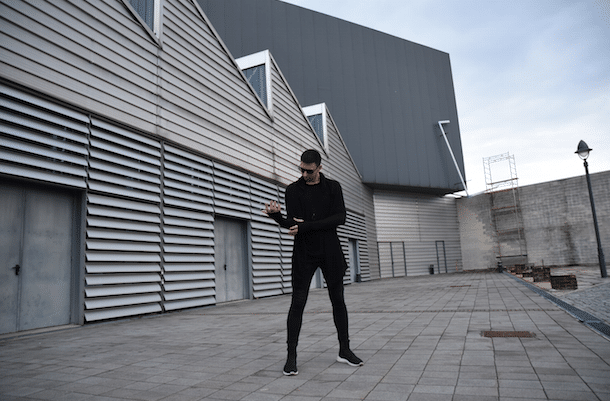 Italy has its fair share of outstanding producers, and Alex Mine is one of those young talents that has been making a name for himself the last few years.

Rewind back to 2015, and this was the year that Alex actually produced the original track “Lost”, a track which remained homeless yet waiting to be unleashed on the right label. It wasn’t until he bumped into Monika Kruse whilst in Barcelona for Sonar, where she signed it after the first listen to her beloved Terminal M imprint.

Initial feedback was outstanding, but it really all started to happen when Carl Cox said he loved it, and wanted to do a remix, alongside fellow Italian producer Roberto Capuano. Carl drops a funky, chunky groove rework with tech house vibes, whilst Roberto throws in his techno cut. A hypnotic combination of synthetic movements, vocals and acid rhythms.

“I am very honored to have Carl and Roberto putting their hands on Alex Mine’s track ‘Lost’. And of course, Alex did a brand new 2018 edit for this package as well” – Monika Kruse

So, there you have it – 3 years later, the track comes to life, on Terminal M on the 20th August, with a re-edit from Alex himself, alongside two outstanding remixes, one of which we are proudly premiering today, on top of getting the chance to interview Alex himself.

Thanks, I am really excited for this one!

How long have you been working on this one?

I actually produced the original version of ‘Lost’ in 2015 and it was never released until I met with Monika at a party during Sonar, and then she wanted it for Terminal M, so the original came out in 2017, and then it was re-released again for this year with the remixes, so I updated it and did a new version of the original.

How did you and Monika connect?

I was at Sonar a couple of years back and we ended up meeting at a party, we got chatting and then more about work, music and the label. She’s awesome and I have so much admiration for her music, career and the help she has given others
releasing on Terminal M, she’s a great mentor.

You have Carl Cox remixing for you on this one, that’s massive! What does that mean for you as a producer?

I mean, who in the world wouldn’t want Carl Cox the legend to be on their EP, in any form? A remix is just unbelievable and when Monika told me that he heard the track, loved it and wanted to remix – of course we agreed! As a producer, I do not know. I know that I feel very blessed and honoured to know that he liked a track of mine enough to want to remix it. That says a lot.

You’re from Torino, a city many know for Kappa FuturFestival. Are you still based there? How was the local scene there growing up?

Yes, I am based in Torino still. I love it here and the scene has gone crazy in the last few years, yes of course this has been helped by festivals as Kappa as you mentioned, but I think that Italy as a whole seems to have become the birth place of
so many really talented producers doing very well now on a global scene. Growing up, I actually was more into rock music, and I played in a rock band when I was studying at school. I also was taught to play classical piano before I moved into
electronic music, and that’s when I started to research more online, go to record stores and head to clubs.

You’ve released on some fantastic labels in the past, like SCI+TEC, Intec and Terminal M. What’s your advice to other producers on how to shop releases on labels such as these?

There is no magic route to success for anyone. I think that you need to focus on thequality of your music and not the quantity. Pick a couple of labels that you really love, and want to be with, and focus on those. Don’t spread yourself over so many that vary in genre too much, as I feel you can lose your path and identity this way. Once you produce only what you are really passionate about, the rest can follow naturally.

Try to be different, and you’ll carve your own way.

Are you a football fan? What team do you support?

Other than Italian food, what else do you like to eat?

Mm that’s tough, as I do think Italian is maybe the best. But I do really enjoy eating Japanese food, and Greek. Both really different ends of the scale, but both something I like for different reasons.

Do you play sports?

Yes, I do actually. I play tennis and have been doing it since I was about 10 years old. I go about 3-4 times a week and also play football once a week, but that’s more about kicking a ball about with mates and having some fun. I believe I am quite good at tennis, so maybe we can have a match when you are in Italy next and you can be the judge!

If you could play back-to-back with any DJ in the world, who would you choose?

ERRRR of course Mr Carl Cox! That was a very simple question!

What are some things on your bucket list for your DJ and producer career?

I don’t really have a mega list of precise things, but I really do want to make a track which hits at the moment and stays in the memory of music fans for years. A track which becomes a classic. I mean doesn’t everyone want a classic dance hit?

Another is getting to visit some of the cities I have not yet been to, again nowhere specific but I like to travel and experience new cultures, so going as far and exciting as I can is appealing to me.