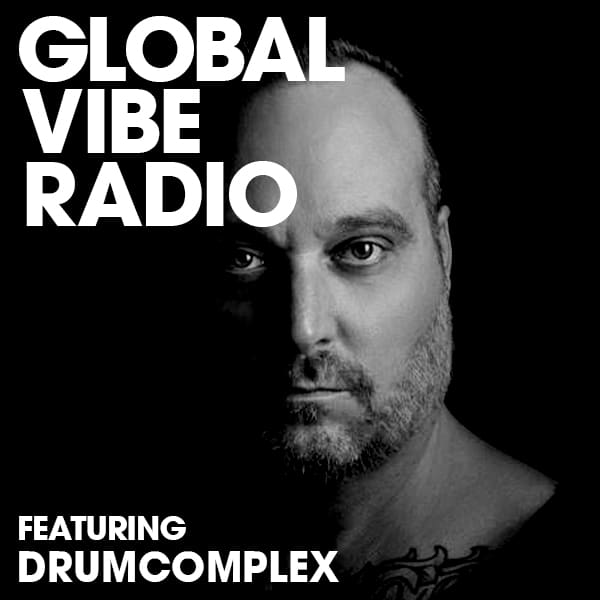 Drumcomplex aka Arnd Reichow is a techno DJ, producer and label head of Complexed Records.

Active since the late 90s, he is one of Germany’s most dedicated techno purveyors with a body of work reaching crowds in his home country as well as beyond.

Hoarding two and a half decades-worth of music experience under his belt, Arnd Reichow has been crafting his space within the techno industry, as artist and producer and adding label owner to his accolades since 2014.

Arnd’s choice of monikers, both in his and his label’s, defines his vision of music: techno is a quintessentially complex matter, amounting to diverse layers that rack up all aspects of the topic. On the one hand, there is the craftsmanship that comes with applying and enhancing your skills over hours upon hours of studio work, polishing details and refining directions. This is evident when looking at Drumcomplex’s discography, with releases throughout the years on seminal labels such as Carl Cox’s Intec Digital, Monika Kruse’s Terminal M or Andre Crom’s OFF Recordings.

What stands out is his “Atomic” track, the 2018 club hit which garnered extensive play from the likes of Amelie Lens, Joseph Capriati and many more around the globe.

On top of delivering this week’s episode of Global Vibe Radio, the 146th of the series, Drumcomplex sat down for a chat with 6AM, which you can read in full below.

Hello, thank you for the mix and for taking the time to chat with us today!

Hello the pleasure is on my side as well, appreciate your invitation, thanks for that!

It must be noted to our readers that Drumcomplex was a duo. Can you talk us through the dynamic of this duo and what happened?

My brother Daniel and I founded Drumcomplex together in 2003. My brother is a tone engineer and I was playing since the 90s as a DJ in clubs. I (Arnd) always represented Drumcomplex on the Stages and Daniel was always the back up in the studio.

Recently we quit working after our album Perfection Is In Imperfection in 2016. Daniel decided to spend more energy on new projects and he is really happy with it. There was never stress or a fight, we are brothers so all has gone the right way.

Over the years I learned so much from Daniel with all the production ways and got all the knowledge. So Drumcomplex is now a one-man show with producing, traveling and playing around the globe, but I am super happy I have a great team behind me like my agency Blakksheep.

Have you found your roles shifting as the years have gone by since you began this project?

Even when we started the roles were really clear. Daniel worked on the sound development and writing tracks with me together, and I represented Drumcomplex on stage.

Where did you put this mix together?

This mix is recorded live at Toy Club in Stuttgart.

What was going on through your mind when piecing the tracks? Was there something in particular you wanted to convey with this mix?

Due to the fact that its been live recorded I always try to catch the vibe and go with the crowd, it was a crazy night in Stuttgart really enthusiastic and all the energetic people went really crazy.

Any particular track highlights we should keep an ear open for?

There are a couple of unreleased tracks of mine in the mix, which are signed to some legendary labels and will come out in the first half of 2019.

Exciting! 2018 just ended. How was the year for you personally?

2018 was just a crazy year in all directions, it felt like a rollercoaster ride with all these ups and downs. Musically it was another year with great development and many lovely moments.

I played some of the biggest festivals like Awakenings and Parookavile, just to name a few. My record “Atomic” on OFF Recordings is one of the most played techno Tracks this year and nearly all big artists played them. I also signed a four-track EP to Monika Kruse’ Terminal M label which will be released in February 2019.

What was your most memorable gig from last year?

Awakenings Festival was one for the —books  playing for Carl Cox on the Intec Stage was such a great experience.

Where did you end up spending NYE?

I played two shows. at night at Club ARM in Kassel, which was also the closing party of this club. I felt honored to have the chance to play one of the last gigs there. In the morning I played in Berlin at Der Weisse Hase.

As you yourself mentioned, your “Atomic” track was huge last year. Why do you think that one received so much playing time and praise versus others?

I have no idea why or how this happened. I am super thankful for all the support. I produced this record in a period when I wasn’t in the best mood and had some personal issues, it was the beginning of last year when our house was on fire. When I first tested “Atomic” in the club I recognized that there is special energy with that synth and the drumming. Sometimes these things just happen and it’s just magical.

You have now released on many fantastic labels in techno. How do you approach labels with tracks these days? Do you have any advice for others looking to get their tracks to the right ears for release?

First of all I am super happy and thankful to have had the opportunity to release on such high-class labels. It’s quite difficult to get signed and to get one’s feet in the door of a good label. There are so many good producers out there and the number of demos that all the labels get must be crazy. It does help when you have personal contact, of course, and I personally like when a producer comes to a show of mine, talks to me and gives me a USB Stick with their music. That’s something that stands out.

Is there a label you haven’t released on that you hope to add to your CV soon?

To be honestly I am actually quite happy with the labels I am releasing on, like Terminal M, Intec Digital, OFF Recordings and my own imprint Complexed Records.

I noticed you played a lot of massive festivals this past summer, perhaps more than usual. Why do you think that is?

That’s a good question. I am in good contact with a lot of promoters which helps a lot for sure, but not sure what the answer really is!

Do you prefer playing big festivals or intimate clubs?

I love playing these big festivals in the summer period, but I come from playing clubs… both have a special vibe.

In a post capping your 2018 you mentioned some “personal experience” with a negative connotation. Do you tend to keep personal and business lives separate or do you find them intertwined in ways you cannot separate?

As explained a little bit in a question earlier, my house was on fire end of February and we had to rebuild it for 5 months. To have the feeling of losing your home is quite a special situation, and being a sensible person as a lot of artists are affected me a lot. I am living the official way with all these social media posts and most of the time you cannot separate your private and business lives at all.

I am sorry to hear you had to go through that, but I am glad things are better now. By the way, when was your last vacation? Where did you go?

We are going each year with the family for a week to the Dutch sea at Zeeland, I really love it there. Also I went to Egypt for a week

Brugge in Belgium… what a magical place with all these old buildings!

If you could choose one favorite meal, what would it be?

In the last half-a-year I try to eat more vegetarian food, sometimes I eat fish. Last week I had a delicious vegan Thai curry with rice which was so good

What are some of the goals you have set yourself for 2019?

In January I will release my PUNK EP on my own imprint, Complexed Records. At the end of February I am super thrilled to have my debut release on Monika Kruse’s Terminal M. I am also playing quite a lot of shows in Europe and will be going on tour in India at the end of March – I am in full work mode for 2019!