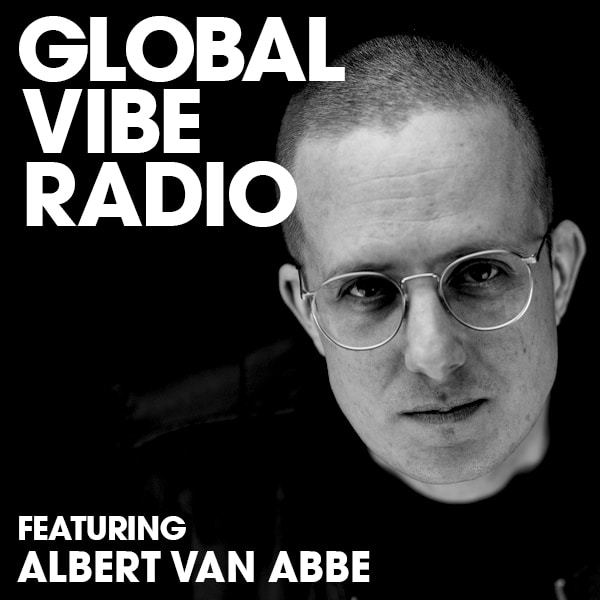 We travel to the Netherlands for this week’s Global Vibe Radio episode, and to Eindhoven to be exact — the birthplace and home town of rave veteran Albert van Abbe.

Albert has been involved in many different musical and audio-visual projects over the past 17 years and is currently focused on making absorbing techno under his own name, while pushing his long-standing DRUM parties and celebrating the launch of his very own DRUM record label.

Van Abbe has found a unique creative niche where manic percussion, searching synths and wide open soundscapes exist in perfect harmony. There is a serenity to his music that is soothing and calming, while at the same time, arresting and experimental.

Besides his own labels, he has released on tasteful outlets like FIGURE Jams, Semantica Records, Deep Sound Channel and Trolldans. Van Abbe is a DJ as well as live performer, speaking volumes through his machines. He played shows at Berghain, Awakenings, Tresor and DGTL just to mention a few. When not crafting melancholic and salubrious atmospheres of his own, he brings this depth outwards, hosting events titled DRUM in Eindhoven and abroad.

Van Abbe was kind enough to offer us the two-hour recording from his recent set at Elevator club in Shangai for the VOID crew, and to chat with us a little about his recent Asia tour, life in Eindhoven, his newly-launched DRUM label and more.

Thank you for the wonderful recording Albert, it’s a pleasure to have you on Global Vibe Radio. Can you tell us a little about the set this is taken from, the vibe in the room and what was going through your head as you were playing?

The set was recorded at Elevator Club in Shanghai for the lovely VOID crew, it was the last gig of 5 in Asia. The vibe in the room was hot! Shanghai is super warm and humid in the summer, which felt mystical to me.

A big typhoon was heading straight for Shanghai, my flight home was already cancelled so it was time to let it go and dive deep into the music.

How was that Asia tour by the way? Any highlight gigs other than this one?

The whole tour was great, all good shows for different reasons. Korea and China, where I played the shows, are so different to each other and even cities like Hangzhou and Shanghai in China feel a world apart.

What else did you get down to in Asia beside the shows?

I tried lots of new dishes like these moving squid tentacles on the fish market in Seoul. I also had some time for sightseeing in Seoul with a friend. He was the best tour guide you can imagine and also a DJ embedded in the local scene there, check him out: Joon Kwak!

I was just there for my first time, visiting Japan and Thailand in June and fell in love with both countries, the food, the cultures, the people… how would you describe your relationship with Asia and the countries there you’ve been to?

I felt so lucky meeting all those passionate promoters over there, that was really amazing! Everyone putting their blood sweat and tears into these clubs. I must say the productions where of a very high standard as well in each club! Of course traveling to these countries was a little culture shock for me too, you are definitively in a different part of the world with different morals and views.

You’re Dutch, and rightly or wrongly I can guarantee most readers will assume you’re from Amsterdam or, as second choice, Rotterdam. But the truth is you’re based in your home city of Eindhoven, from which you’ve never left. How was it growing up there as a kid?

I live back in Eindhoven now and my kids go to school here although I lived in Vancouver (my wifey is Canadian), Leipzig and Antwerp as well. The Netherlands is very small so cities like Rotterdam and Amsterdam are an hour to an hour and a half away respectively.

Growing up in Eindhoven was safe for sure, before I began diving into graffiti and illegal raves in the late nineties. My great-granddad was a big cigar manufacturer in Eindhoven and an art lover. In the late ’30s he gave a museum to the city of Eindhoven with his personal art collection and the Vanabbemuseum still is one of the major contemporary art museums in the world.

I should actually visit the place more often when I have DJ/producers over for my event series DRUM! 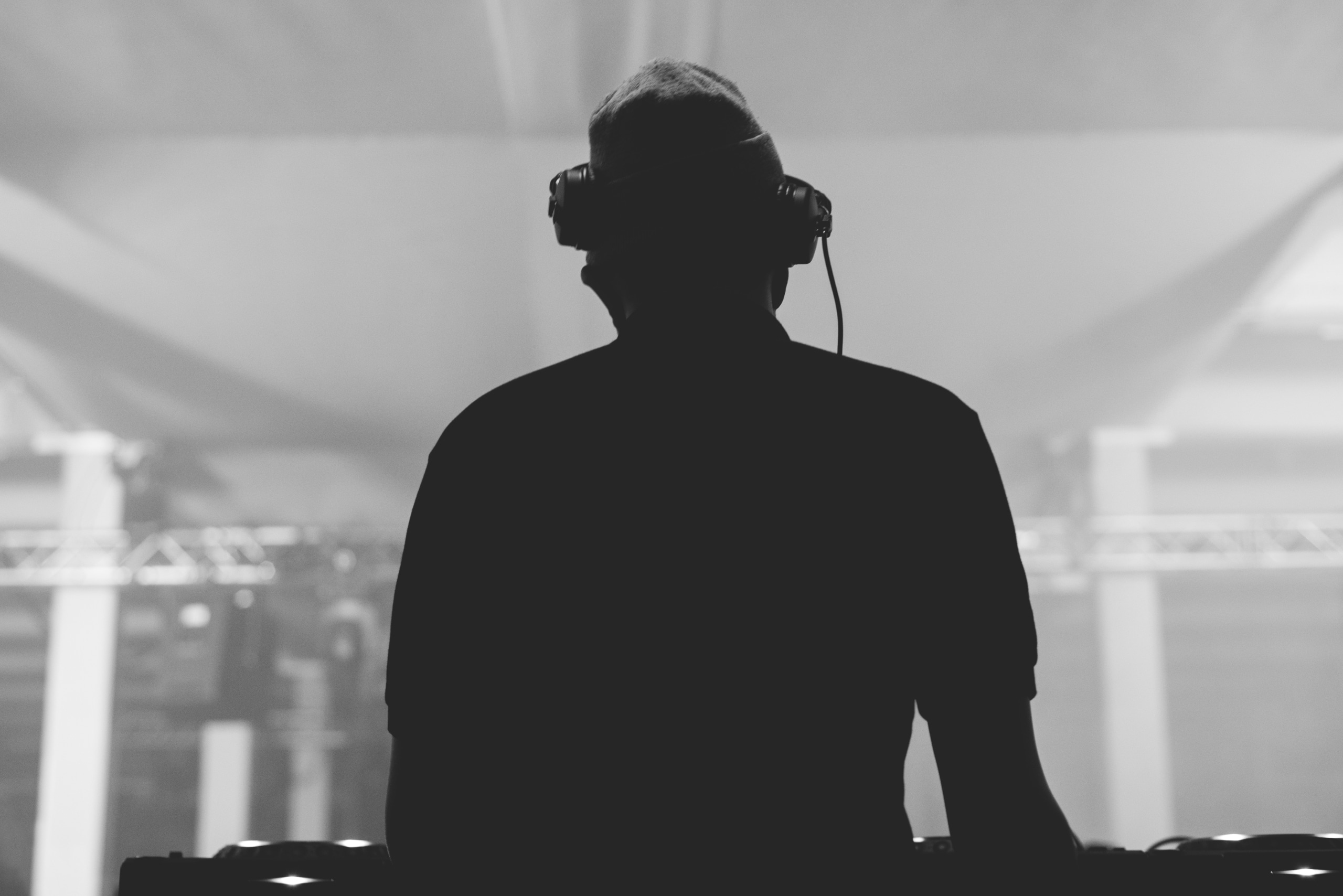 Techno is an integral part of culture in Europe, and the Netherlands. Do you remember your first experiences with the genre?

I got into jungle and hip-hop around ’96 and visited Shine festival in my hometown in 1998 were I properly experienced techno for the first time. There is something about the repetitiveness that is still magical to me, like being cradled by the universe.

Was there a pivotal moment that pushed you to pursue this as a career?

To me the whole process was been very natural small steps, from only playing illegal raves and festivals “teknivals” to actually making a living from techno music. I guess I started to look at things more professionally around 2010 right before I started the No Comment label.

What came first: Albert van Abbe the producer, or the DJ?

Definitively the producer. I started making music in 2001 and also playing live in squats mostly which was total anarchy where everything possible went wrong at some point, so I learned a lot. DJing came after in around 2004 when a friend left his two Technics and DJ mixer at my place and didn’t pick them up for a year or so. After a while I felt I should set them up and try them out!

Oh wow! You’ve been working as a techno producer for 17 plus years, having witnessed many changes in the scene throughout this period of time. What do you think has been the most welcomed change or advancement since you began making music?

I would say the sound systems have been getting A LOT better! People are also more into room acoustics, for example, which is a big improvement to sound as well.

And how about the worst?

A big part electronic music now is about how things look online and offline which makes things less about how they sound. In my opinion this is not always a good thing, although people find advantages there too.

You just launched a new record label, called DRUM. This isn’t your first imprint though, right?

Nope I have been pressing records since 2004 and had two other small labels called No Comment and VANABBE.

DRUM is also the name of the event series you have been running in Eindhoven and beyond for 5 years now. Why did you decide to launch a label now?

It was the right time to start focusing and not split up all the projects under different names. We are building a small community with DRUM and try to release music from the artists we host at the events. The whole thing is getting a collaborative effort which I think is a great thing!

The idea is to present compilations on vinyl and also release music on tape by single artists that is more experimental. Next to hosting DRUM in Eindhoven we also did events at Institut Fuer Zukunft Leipzig, OHM Club Berlin and an event in Helsinki, so we are trying to do more DRUM events throughout Europe now and in the future.

The first release is a V/A EP, including work from yourself with Jeroen Search, a track by Delta Funktionen, Trunkline and a very talented local Paul van Gent. How did your A&R process work in selecting which tracks would be a part of this first release?

It started with asking around if people would like to submit a track for the label, and that had great responses, I like to make a selection for each V/A release that is slightly more functional on the A side, with a deeper B side including bigger names as well as local talent.

During the selection process I’m also constantly in contact with my DRUM partners whom I share opinions with. The A&R process is pretty new to me and I’m enjoying it more than I anticipated!

Expectedly, you promoted the release with two parties. Can you tell us a little about these?

Yeah, we hosted two events to celebrate the first release. DRUM027 in Eindhoven with Overloper aka Ekman and a very talented Norwegian Live set called +Plattform. The weekend after we hosted DRUM028 in club in a Freight Ship in Helsinki called Merikerho. The line up was Samuli Kemppi from Deep Space Helsinki and myself back to back, VC118-A Live and local called Ikola. I am pretty proud of this line up, and it included killer live video from Stefan Daniels to, my all round go-to video and graphics guy.

As a DJ you’ve played some fantastic venues and stages, including Berghain, Awakenings, DGTL, Gamma Festival, De School and too many more to even mention. Is there a highlight gig out of all of these that stands out the most?

Sorry it’s such a cliché but my liveset in Berghain was the standout gig with a packed Berghain floor going nuts and people like Marcel Dettmann, Machinedrum and Fiedel in the crowd.

No need to be sorry! So… besides music, what are some things you like to do in your spare time?

Hanging with the kids, eating good food and sleeping as much as I can!

How would you say Eindhoven differs from the other Dutch cities?

It’s compact and people stick together. It’s easy to collaborate too which is a good thing. If for example an amplifier breaks at your event or you need a driver for you DJ there is always someone to call. At times I hated this coziness but it’s actually very convenient. 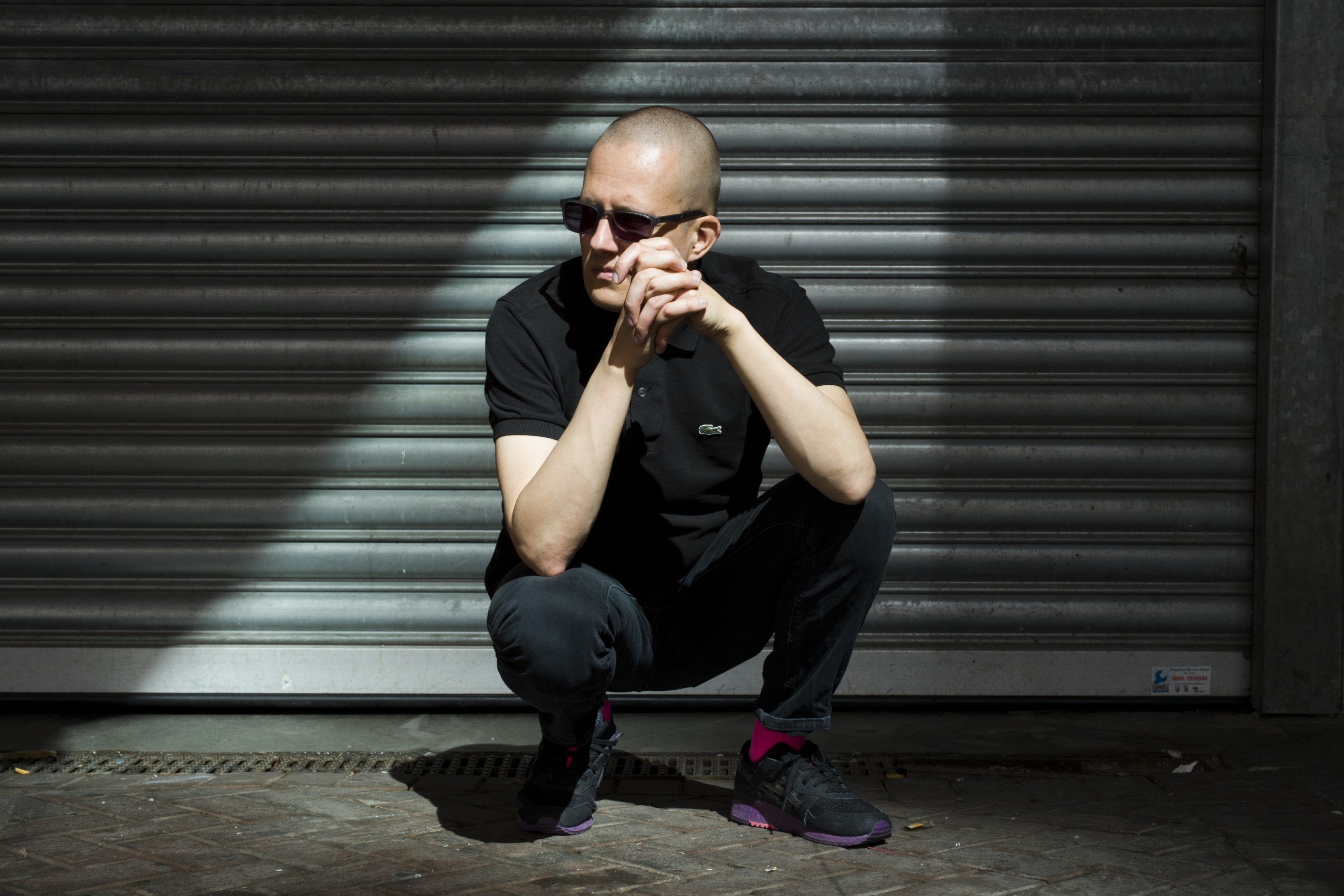 I have to ask this: are you a football fan?

No, only if the national team wins the world cup.

That’s a hard one! To many things to mention I guess, I have been getting into vegan food lately, as I am trying to eat very little meat.

How about Dutch food… what would you recommend we try when we are next on your side of the pond?

I’m generalizing here a bit but in The Netherlands we don’t have a food culture like in France, Spain or even Belgium. We don’t have that many Michelin star restaurants for example. First spots that come to mind in Amsterdam are Restaurant DS at De School, Pizza from Il Sogno near Nieuwmarkt and of course (Eetsalon) Van Dobben if you want to try our ”world famous” Kroket. For drinks I’d definitely check out Café Belgique!

Talking of coming over there… do you plan to play any gigs at ADE this year?

I also invited Oscar Mulero to present his new Live A/V Monochrome after my set!