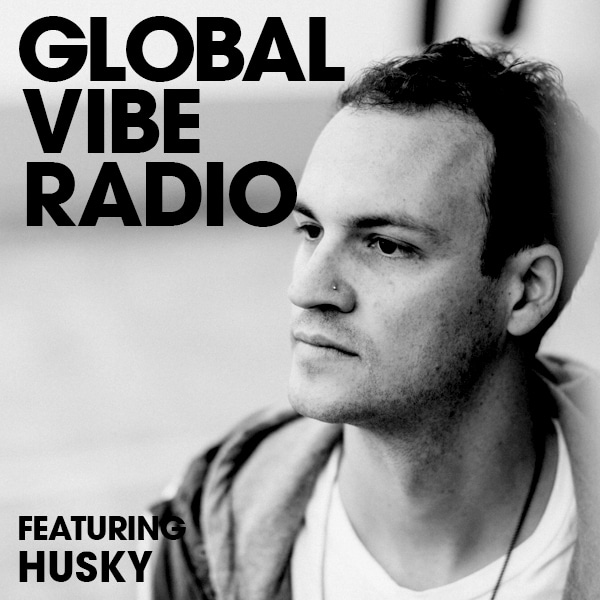 Defining house and disco with pure advocacy, Husky holds acclaim in his craft, eliminating electronic music boundaries from signature originals to collaborative efforts with Sandy Rivera. Straight out of the studio, Sydney’s well-accomplished producer and DJ serve an emotive dish of soulful, deep and core house hues while also delving into deeper lounge and disco sounds.

Across his labels Random Soul Recordings and Bobbin’ Head Music, there is an undeniable aura, conveying a creative pipeline that has seen him deepening his catalogue success across his own labels to Salted Music, Purple Music, LouLou, Nurvous, Gueshouse, Tinted Records and Sam Divine’s Soul Divine.

Despite a hectic road in house music, Husky always brings his studio drive on tour, having played shows in Russia, Bulgaria, Amsterdam, London, Hong Kong, the electronic music hub of Ibiza and across the USA, while also bolting down refined showcase events at ADE and Miami Music Week.

We caught up with him as he delivered the 121st edition of 6AM’s Global Vibe Radio mix series, both of which you can enjoy below, together with full track listing at the end of the article.

Hello mate, thanks for the mix. How was it putting this one together?

My pleasure. Always fun! Nice to shine a light on tracks im into at the moment and some of my own recent productions.

What was your selection process for the tracks in it?

I always try and mix with energy as if I am playing to a floor, whether it be peak time or a warm up set, I always like to build energy naturally instead of coming out swinging. Current tracks I am into and also a chance to showcase some of my recent work.

Any standout records we should keep an ear open for?

Yes, I started the set with a new remix of mine for The Sunchasers, which is due out soon. Also the Random Soul release ‘Flying’ will be out in September and finally my next single ‘Rey Dreamin’ which is dropping on August 24th.

Your sets and productions have always been characterized by a lot of uplifting soulful vocals. When did your love this style of house begin?

Yes! A long time ago, working in record stores with my buddy Yogi and then moving into a record store in the city and working alongside local legends, Jools, John Devecchis and Illya. I was growing up on Naked Music, Drop Music, Dimitri From Paris, Early MOS & Hed Kandi compilations, OM Records etc.. all of this fed my love for a song and a little bit more than just a small sample.

You remixed Frankie Knuckles once. What does his legacy mean to you, today?

What an incredible experience that was, working with something Frankie had touched was just fantastic. His music and general vibe as a human being has left a lasting impression on just about every career producer and DJ that’s involved with house music, whether they know it or not. He just seemed like such a lovely soul, and that attitude and simple love for the music and all who are into it is what life in general (not just house music!) should be all about. Acceptance, tolerance, fun and love.

How do you pick your singers and songwriters? Anything specific you’re looking for?

Basically I am also a keen record collector and DJ, so if there’s a record I am playing a lot which features a singer then I will reach out to them directly. This is probably where 90% of my collabs have come from, but every now and then you are contacted by someone or introduced by someone you have never heard of and their vibe is perfect for something you have on your hard drive. It’s almost like the universe put’s them there!

Do you write music for the vocals or do you find vocals for music you’ve already produced?

Great question, I often have instrumental tracks with basic melodies and chords down before I feel comfortable showing a singer. However, sometimes you are given stems and melodies by a singer that make you want to completely change everything. This happened for me when working with Shyam P on our release ‘Secrets’ – The original mix became the ‘club mix’ and then I went and created the ‘classic mix’ after having a lightbulb moment one night.

Who or what inspires you in the current industry?

Gosh, loads of people really. There’s always some kid popping up with an amazing new song and sound every 3-6 months.. and that often inspires me to try and think outside the box a little. But playing great gigs is the best inspiration, having that instant recognition from the crowd lifts you up and makes you want to rush home and write a new track.

You’ve toured everywhere but are originally from Sydney. Have you ever felt like moving to another country?

Yes, I have a British passport so could just about go anywhere before Brexit haha – but Europe would always be an option. However, Sydney offers a great quality of life that is hard to match. I almost moved to Singapore a few years ago as my partner got a job and moved, but it was too hard to find work there as it wasn’t as big as the Australian market.

How is the local scene there? Are you involved with it?

It’s great, we have loads of festivals in summer and musically I feel like the more underground sounds are being widely accepted. I play about 4-6 gigs a week, so pretty involved. The biggest issue is now government support in the arts and music is horrible, especially in Sydney. The NSW Government made sweeping legislation 2 years ago to close a lot of venue’s before 3am, and also imposed a lock out which locked people out of venues at 130am. This simple changes (along with various other alcohol restrictions) were too much for many venue’s who saw their trade drop off by over 100%, and this forced the closure of about 20 venue’s in Sydney! It’s a shame that the venue’s are in short supply now because the music and hunger for events and international DJ’s has never been better!

How has life in the studio been so far this year, any releases on the pipeline you can tell us about?

Really good thanks, loads of singles in the works! I have a new release out now called Want U Back which features USA singer Letta and a remix from Scott Diaz. Next up I have a single called Rey Dreamin’, also released on my label Bobbin Head Music and featuring remixes from Peter Brown, Carter and my alias project LJ Hawk. I am also working on some new singles for Vicious recordings, as I have a 3 release deal with them. The first being ‘Lost Without U’ which came out in April.

What are your upcoming goals as a music producer?

Gosh, always to aim higher and have releases on bigger labels, but also labels I play a lot of and respect. Defected, Glitterbox, Toolroom, Strictly Rhythm, Simma Black, Glasgow Underground, would be dope.

How about as a DJ? Are you looking to tour anywhere in the coming months?

I always love being on the road, but the next 6 months are crazy as I will be moving house and also my partner is having a baby in November! I am playing a few shows around Australia though. PLaying at Prohibition in Brisbane on the 31st of August, Helm Bar in Mooloolaba on September 1st and then Cairns (as Random Soul) on September 30th.

Do you work on anything else beside music?

Basically with DJ’ing, running 2 labels (Bobbin Head Music and Random Soul Recordings) there isn’t much time left to do much else!

What is your favorite food spot in Sydney?

Home probably, I love to cook!

If you were to take a newcomer on a tour of Sydney, where would you take them?

Ah, I love showing off Sydney. We live in an amazing area called the northern beaches in Sydney, so I’d always take people for a walk up to the Palm Beach lighthouse.

I have never been to Australia but plan to next year. Where would you recommend I go if I had two weeks?

Do you have any plans to come to the States any time soon?

Not in the short term, however I have a lot of friends around the states, and I love playing there, so it’s always on the cards!