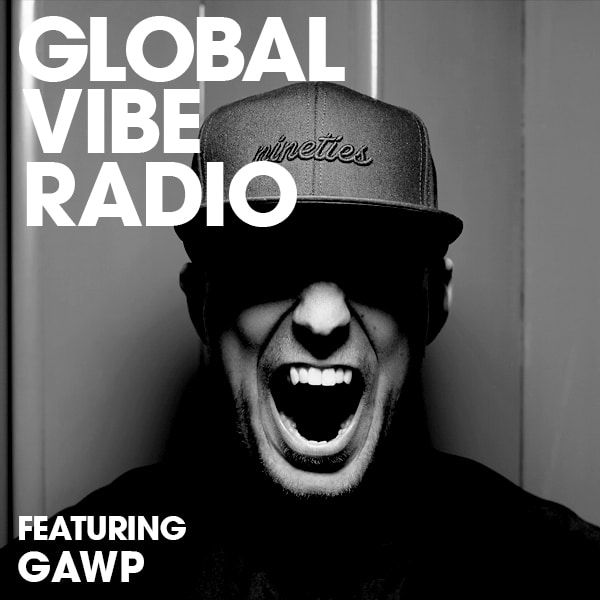 For this week’s episode of Global Vibe Radio, 6AM invites GAWP, a producer/DJ with an impressive list of releases on labels such as Mixmag’s Label of the Decade Dirtybird, Spanish super-brand Elrow, This Ain’t Bristol, Get Twisted, Night Bass, and many more.

Recently highlighted as one of DJ Mag’s Ones to Watch for 2018, GAWP kicked off the year with an extensive tour of North America, performing at some of the country’s finest spots.

We took the opportunity to chat with GAWP as he delivered his guest mix for us. Read on for the exclusive interview and full track listing:

Thanks for the mix mate, where did you put this together and what was going through your head when selecting the tracks?

When I was selecting the tracks in all honesty I was worried I would run out of milk for cups of tea as we were getting low! So I battled on and made sure the selection were tracks close to my heart from my recent North American tour or even some dope jams from the producer’s circles… and couple of mine to give it the Gawpiness.

What’s the general vibe and message you’re going with?

Just a general idea of what to expect if you were to come see me play at a GAWP set, from groovy to more tech along the way.

Your sound is widely influenced , and includes elements of ’90s hip-hop, bass and techno. How would you describe a GAWP live set to someone who has never heard you play?

To me and many, it’s very different to the straight up house set, I try to include tracks that have made me lean more towards the quirky random productions than the actual artist profile or rep. As soon as I became involved in production my tastes changed dramatically from just being a DJ so I’d like to think when playing sets and especially my own tracks it’s something that could educate rather than just entertain.

Who are some of your current major influences when it comes to your productions?

I have so many influences this is a hard question but basically anyone who loves to take musical risks and not just follow the mainstream… So the likes of Justin Martin, Kyle Watson, Steve Darko, Tiga and the list goes on. Also anyone who doesn’t take food pics on instagram too!

Is there a DJs whose style behind the decks you particularly admire more than others?

Over the years I’ve played alongside some really talented artists such as Krafty Kutz, Scratch Perverts, Fatboy Slim, DJ Angelo etc.. To me these guys are the real DJs who you wouldn’t want to play after, trust me!

You just played over here, which I know was filled with a ton of career highlights. How about on a personal level – what did you enjoy the most from the States? Any city, sightseeing or food that stuck in your mind?

On a personal level it was all about the people, in the downtime between gigs I was stranded in random cities at Airbnbs or Hotels and the amount of people who gave up lots of their own time from work and also financially doing tourist things with me meant so much. Many times I ended up at people’s houses for food or helping on setting up home studios etc and this was the best experience.

Food wise, The Mellow Mushroom Pizza in Greensboro was great, Set SF guys took me to an amazing place on the cliffs of San Fran where I had octopus etc.. It is pretty safe to say the food was great and not a roulette of randomness like when  toured Asia a few years ago.

You’re obviously closely associated to the Dirtybird label and family, which is massive. How is the label viewed out there in the UK?

I know the artists do come over at time to time to pay, with them they bring a great brand name and the whole Dirtybird ethos. The only truthful to answer this is to say Dirtybird means so much to me as a few years ago I was lost musically then heard what these guys were doing… it gave me a production direction and love for tunes again.

What do you have in store as far as releases go for the rest of 2018?

Few things in the pipeline and can’t reveal all in case they don’t happen but so far… I’ve made a track with crazy Monkey Noises, also a collab with Tough love Boys called Chicken Grease which is rather insane. Just looking at a second Tour of North America, also Australia and New Zealand. Oh and I’m playing a sold-out party in Croatia in May with the most ridiculous secret lineup.

So far this year you’ve been on the road and been working on music also. What do you get up to on a free day outside of studio and tour?

Not many people will know this but I also produce Radio shows for a few select big artists, this keeps me busy a couple of days a week and when I’m not doing that I usually drive past the gym everyday and tag myself in, visit the family at the seaside (just to clear it up, my parents don’t live on the beach). I love to go to concerts, gigs or any creative art gatherings and there’s lots of those in Leeds where I’m based.

Are you a football fan? How do you fancy England for the World Cup this year?

YES! A huge football fan, with 3 wickets to go I’m sure England will win the ashes this year.

Do you listen to any non-electronic music? Who are some of your favorite artists?

I occasionally listen to my neighbors they have this instrument called a lawn mower, which they normally play on a Sunday… Bad joke, I know. I do love all music from Massive Attack, The Turbans, The Haggis Horns, Morcheeba but lots of Chill-out to be honest. Also love to listen to new bands and solo artists whose talents haven’t been discovered yet.

What’s your favorite food and what’s one food you absolutely detest?

Would have to be anything hot and spicy so I guess Indian. Celery… it tastes like licking a battery and ruins salads and soups.

People who don’t brush their teeth… it’s not that hard really, is it?

Are you a morning person or a night owl?

Night owl, although I get up super early too!

What’s the best thing you’ve ever bought yourself?

Moog Voyager RME. This is going to the grave with me… Although i think my friends will probably dig me up for it after.

Have you been into any TV shows recently?

Black Mirror – This sometimes has some eye-opening truths about technology and our future.

What’s the last movie you watched at the cinema?

If you could pick any artist to co-produce a track with, who would you pick?

Last but not least: what has been the favorite booth you’ve played so far?