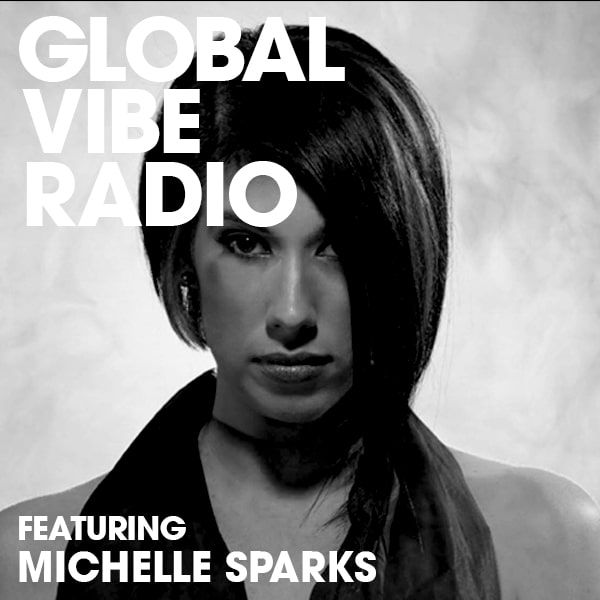 Thank you for the mix Michelle, where did you put this together and what are you trying to tell listeners with it?

I recorded this mix live in my studio in Phoenix, Arizona. I always like to keep the groove going yet get some pretty freaky sounds moving in and out for kind of a high energy, mind-trip/spaced out vibe.

You discovered electronic music in New York during your college years, but your career really took off in Phoenix. Are you still based in Arizona?

I am still based out of Arizona, besides the crazy hot summers, the rest of the year is so nice out here. The summers allow for me to hole up in the studio anyway, so it’s not all that bad.

Arizona isn’t usually a state commonly associated with techno, but the scene there is on the continuous rise with a lot of exciting talent coming through. What’s your relationship with the local scene there and where do you see it going in the next few years?

I feel like over the past 8 or so years electronic music, especially techno has really taken hold out here. When I moved back here from New York in 2008, dance music was just beginning to gain some steam, and there wasn’t a huge underground scene. At that time I started throwing techno events with a couple close friends, one of them being fellow label mate Juheun. We started doing our own events simply because that sound wasn’t even really represented at that time out here. Those events continued to gain in popularity over the years and certainly helped to cultivate the underground scene out here.

Recently I’ve been focusing more on making music in the studio and not throwing as many events, but theres a handful of promoters out here doing some really great techno events and keeping the scene going right now. I’ve got a few events that I’m planning to host later this year in Phoenix, and we’ve got so much great talent coming through Phoenix lately, I’m excited to see what lies ahead in the next couple years.

Your name is closely associated with Octopus Recordings. How did you and Graham (Sian) first connect?

Well we actually brought Sian out here to Phoenix to play for one of our events several years back and we kept in touch after that.

How has that relationship developed over the years? Are you just a label artist or what is it exactly you do with Octopus?

Sian always encouraged me to send over music I’d been working on, and when he moved to LA we had a lot more opportunities to catch up in person. I began helping out with some work for the label at that time and have been part of the team since in addition to being an artist on the label.

It’s a great group of artists and like minded people both in front of and behind the scenes and a really great team to be a part of.

Why Octopus? What does the label mean to you as far as its role within the worldwide techno scene?

I was listening to and playing Octopus tracks before bringing Sian out for one of our events, and the music really clicked with me. Everything the label was putting out even many years ago was forward thinking and fresh. The music really resonated with me at that time, and still does.

I think the label as a whole represents a sound apart from a lot of other music that’s out there, fusing a lot of raw warehouse type tracks with more emotive grooving records, and always pushing the envelope into unknown territory. The label has become a staple in the worldwide techno scene, and it’s awesome to see the community of artists and fans that has built around Octopus.

You’re playing the label’s showcase in Detroit this coming May, a party you’ve been involved with for the last few years. What’s so special about that night in particular and what can we expect this time around?

This is our fourth year throwing our afterparty in Detroit and I think it’s shaping up to be one of our biggest so far out there. I think the best part about our Detroit party is the special energy that Detroit has around Movement time. We always have some crazy B2B sets going on at the end of the party and I’m sure we’ll have a few again this year. With the debut of Sian and Marc Houle’s new project Marsian, and all of the other artists stacking the lineup, I think the music is gonna get pretty nuts this year.

You just released your Force Field EP on Octopus Black, do you have any other music coming out this year?

I’m currently working on a few new projects, so I should have some new stuff coming out later this year!

What is the favorite toy in your studio?

I love the Moog Sub 37, there’s so many grimy, amazing bass sounds always coming out of that thing. I also recently added one of the new TB-03’s from Roland to the studio, and I’ve been having tons of fun with that.

In an interview you referred to your younger self as a misfit, referring to the years you discovered electronic music. Do you still feel that way?

When I was growing up, electronic music wasn’t really popular at all so I never really fit in with what everyone else was listening to. Nowadays that sounds totally crazy to say with the how popular electronic music is, and how it’s woven its way into the mainstream and the general public. But back then it was definitely still kind of a subculture that was pretty small in Arizona when I was growing up. It was pretty amazing to move out to NY for college and discover a lot of like minded people who also listened to music that I liked and to be able to go events and hear electronic music live.

Do you ever go out when you’re at home and not touring? What are your Phoenix party spots?

I do venture out of the cave (studio) from time to time! I usually find myself over at Monarch Theatre which has some pretty great talent coming through the doors, or a neighboring rooftop called Bar-Smith.

I saw you have the most adorable cute little dog. Does she like techno?

Cecilia (Cici)! She is pretty wonderful, and I must say her average day is spent napping in the studio with me, so I think she truly enjoys the techno music. I call her Techno Puppy as a joke which turned into her nickname ‘Techno Puppy Cici’ lol.

What do you do when you’re not working on music?

I really enjoy cooking when I’m not making music. Something about disconnecting from the computers/machines and creating something totally different really helps me refocus my energy sometimes and decompress at the end of the day.

Definitely this taco spot called La Santisima, their mole and chicken tinga tacos are to die for.

If you could travel anywhere for a vacation — no gigs allowed!! — where would it be?

I’d like to make a trip to Iceland for some vacationing! It would be splendid to see the Northern Lights and check out some of their beautiful landscape!

If you could play ANYWHERE in the world, where would it be?

For me, Detroit has always been a big goal, so this coming May will be great! I think that being able to play music for people is one of the best jobs in the world, so I must say anywhere that I get to share music with others is pretty perfect.