Q&A and 6AM Guest Mix with Lindsey Herbert 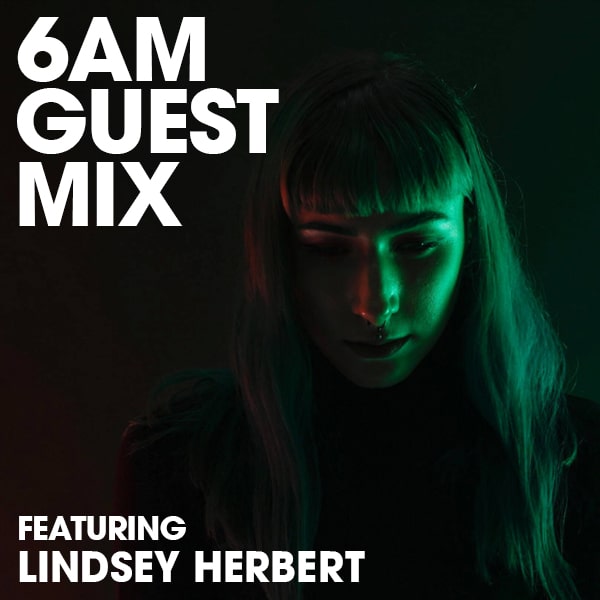 Q&A and 6AM Guest Mix with Lindsey Herbert

Coming up as a fixture in the San Francisco techno scene via her residency with Robot Ears, and a recent tour schedule that has taken her music internationally for the first time. I guess we can say it hasn’t been just another year for Lindsey Herbert – it’s been the year.

Whether it’s sharing stages with some of the biggest names in techno or making debut appearances at dance music’s most famed venues, her past 12 months have been nothing short of unbelievable. Excited about her upcoming hometown appearance in Los Angeles on August 4th alongside Tommy Four Seven and Ansome, we caught up with her to discuss a recent string of shows overseas, politics in dance music and what playing in the birthplace of techno during movement week has been like.

And to top it off, Lindsey was nice enough to allow us to feature her set from her recent gig at Gate in Batumi, Georgia. Enjoy the mix and exclusive chat below!

Hey Lindsey, How are you? We’re so excited to sit down with you today

Everything is going well, I’m excited too! Thanks for asking.

This summer has been exciting to say the least. Getting to play in the birthplace of Techno during the best week of the year there is a huge honor every time. You get people of all ages and backgrounds coming from around the world just for this weekend of techno. Over the past three years that I’ve been a part of it, I’ve grown so much as an artist — getting experience in many different situations and places. Each year I find myself more comfortable when I play in Detroit and that allows for more creativity and fun during my sets.

Speaking of more fun and creative, something was a little different for you this year – the debut of Alterity. A new project you’ve been working on – can you tell us a bit about about that and what it’s been like playing with another person?

A few months ago Anthony Jimenez and I decided to start making music under the name Alterity. It’s a much deeper sound than you’d usually find us playing in our own sets and we we’re thrilled to be able to debut this project during movement week at a venue that’s been a home away from home for a few years now. It’s great playing with him though; if you’re a DJ you know back to back’s aren’t always simple. Different music and styles of playing can sometimes clash – but when you hit it off with like we do, it’s easy to vibe off each other. We will be announcing another Alterity show in Detroit soon so stay posted to our social media pages for that.

Well we’re excited to see what’s next for Alterity! I noticed you’ve played a number of shows overseas in Germany, Berlin, Belgium, and Georgia these past few months. What have been some of the highlights from these and are you excited to go back anywhere in particular?

In October I had my Berlin debut at Tresor which was pretty unreal. With all the history behind that venue, getting to perform there will be a highlight I look back on my entire life. It’s been a fun stretch of shows though – between Berlin, Stuttgart, Brussels, Magdeburg, and Batumi there are so many reasons to want to go back to all of them; but my entire experience in Georgia had been on my mind since I left and I was very pleased to be there again last week.

The club Gate, which I’ve now played at twice, is becoming one of my favorites. The people, the hospitality, and of course the amazing Void sound system are all part of what makes it so special. This time around I had more freedom to enjoy some of the country and I can’t say enough about how beautiful it is. If you haven’t been and find yourself near that part of the world, visiting Tbilisi is a must!

Now that I’m back stateside though, I am looking forward to a huge debut in my career this August. I recently announced a show at Spybar in Chicago alongside the ever-talented DJ Hyperactive as well as resident DJ, Jason Patrick. This year keeps unveiling new surprises and the level of unpredictability has really kept me on the edge of my seat. Hopefully Chicago provides another great adventure!

Tresor AND Spybar — what a year! Sounds like you’ve been enjoying these experiences though. You mentioned playing in Georgia and I want to touch on that given the political shutdown of BASSIANI and every other club in Tbilisi during that period of time. What have you experienced while playing there and do you have any thoughts on what’s happening in their dance music community?

I never experienced anything like that when I played, as Batumi is a bit west of the capital Tbilisi where BASSIANI is located. We all dance and enjoy music for similar reasons, so to see what happened in Tbilisi was heart-breaking. It was an attack on our music scene and on those who use the dance floor as a safe space to escape and just have fun. You never want to see things like that taking place within our music community. The area where I played was beautiful – far different from anything I’ve ever experienced. It was surreal, but the more I travel and get to play in different places, the more I’m witness to music as a universal language and this world really not being all that huge after all.

I was happy to see the re-opening of BASSIANI because this venue helped redesign the techno landscape in Georgia, and is setting a standard for the scene, and according to some it may even be the new techno destination of the world. Providing a unique space for DJ’s and all lovers of the music to come together.

It’s great to hear you’ve had nothing but exciting and fun experiences playing there!

Now, I think it would be remiss of me not to mention the balancing act you’ve been performing behind the scenes. It shows the level of dedication that takes place outside the public’s eye. Between moving to Germany for school, working with Robot Ears and having a tour schedule – How are you able to stay on top of it all?

The whole experience in Germany is very different from the U.S.. At first it was difficult adjusting to the culture because the town I’m living in speaks a specific dialect of German called Schwäbisch. This particular style is very difficult even for native Germans to understand, but I have to adjust to hearing it in Stuttgart most of the time because English isn’t really an option. I’ve become very familiar with the phrase ‘Wie bitte?’- come again. (laughs)

Currently I’m studying abroad and the school provides a more relaxed schedule that gives me time to focus on things like music production, preparing for sets, traveling, or my work with Robot Ears back in San Francisco. I’ve actually just stepped into a larger role for the San Francisco-based collective I’ve held residency with since 2015.

Finding a happy medium between it all is important and It seems like you’ve been able to do so. When you say stepped into a larger role, what does that entail?

After three years of being a resident DJ and their social media manager, I’ve now begun taking on the position of booking manager. Playing a more key role in organizing shows back home in San Francisco while I finish out my study abroad program in Stuttgart. Being on the other side of the music and working behind-the-scenes has been awesome so far, and I hope to continue no matter where I end up in the coming few years.

Sounds like you’re positioning yourself in a good place for whatever the future could hold! Now let’s get into the music, what are some of your favorite tracks at the moment & are there any labels you’ve been fond of?

It would be difficult to name all of them but ‘Celestial Body’ by Ersatz Olfolks and ‘Radial Trajectory’ by Singular Anomalies. I’ve been giving these couple tracks a lot love recently. Also any releases by Svarog or Luigi Tozzi because they are consistently releasing deep, trippy, and quality work. My favorite labels at the moment would be Polegroup, Affin, Circular Limited, Hypnus, Semantica, and Newrhythmic.

You’ve been on this DJ Journey since you were sixteen. Reaching new milestones might seem difficult for someone whose shared a stage with artists like Len Faki, Stacey Pullen, Chris Liebing, Drumcell, Rebekah, Adam Beyer and a number of other big names. But your first ever release is coming up… how excited are you? Do you feel a sense of relief or has the excitement overshadowed any nerves you might of experienced leading up to this?

It’s exciting because everything has been a building to this, but my first release is a deep remix I did for Martin Päsch that will be out on his label in the coming months. I was pretty nervous to play it out during the Alterity debut since it was my first time ever playing anything I’ve made for a crowd, but it was received exactly how I expected by them, so it was an awesome feeling! I started producing not long after learning how to DJ, and to get this first track out is a huge sigh of relief for me.

Producing music is constantly loving something then beginning to question meticulous aspects of it over the course of creating it. At some point you just have to let it go and put it out there, you know? Thankfully over the past year I’ve really found my style and settled into a place where I’m ready to begin putting out more of my work. Now that one track is finally out, I think it will serve as a catalyst to get things moving on my debut EP, which I am hoping to release this coming fall. I already have a couple of tracks that I know want to be included, and they definitely reflect where I am at musically—deep, trippy, and hypnotic.

After listening to your upcoming release and hearing you play it out the other night I’m beyond excited for when the label decides to put it out! Thank you for sitting down with me today we’re excited to see you back in Los Angeles on August 4th with Tommy Four Seven.

Safe travels until then!

Thank you and I can’t wait to be back!