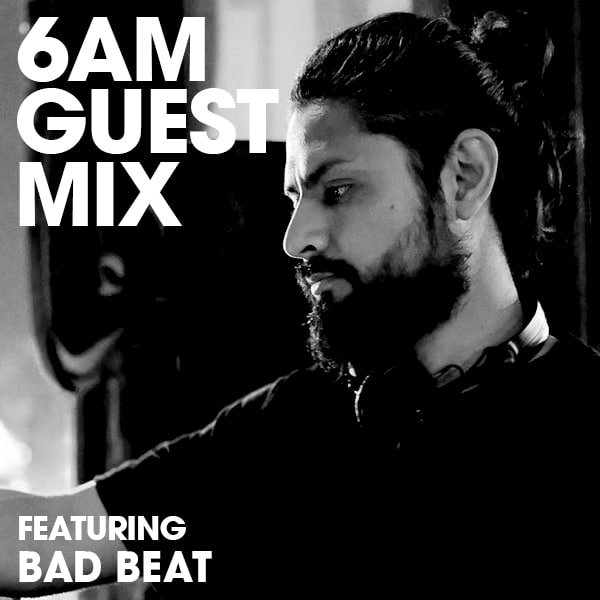 You have likely heard of Las Vegas’ MNTRA and Techno Taco Tuesday.

MNTRA is a humble, dedicated crew of more than 20 members whose goal is the creation of a community of those who share their passion for techno and other offshoots of the more underground facets of electronic music. They achieve this purpose through a series of well-curated events under the Techno Taco Tuesday (TTT) umbrella, featuring the best of the underground from an array of national and international headliners as well as their own Resident DJs.

MNTRA and its Techno Taco Tuesday brand have seen a dramatic expansion in the last few years, with attendance and support growing exponentially with each event. Their bookings have been on par with some of the best lineups in the country, rivaling markets usually considered to be bigger in the eyes of many.

This week we invited one of the minds behind MNTRA, Tino Gomez a.k.a. BAD BEAT, to provide a special Guest Mix and discuss their vision and upcoming projects with us!

Hey Tino, thanks for taking the time to chat with us! We’re more than 1/2 way through the year, how has 2018 been for you?

Thank you for the invite. 2018 is been an amazing year so far. Starting in March 6th with Amelie Lens at Technasia at TTT followed by an amazing showcase in WMC 2018, then an incredible TTT Movement 2018 Edition in Detroit. Been super busy running Juicy Beets our Bar and now a vegan restaurant in Vegas plus playing gigs all over North America, and now getting ready for our MNTRA showcase during ADE in Amsterdam!

How did the concept of Techno Taco Tuesday come about? What was the original vision for this weekly event series and how long have you been running this event?

The original concept came about 4 years ago when Lance and I decided to start this new event. The idea was simple, we wanted an event with a house party type of vibe where everyone feels welcome and confident to roam around and hang out, dance, eat, drink and have a conversation with friends. We wanted to play techno and the place where we started the party is a fabulous taqueria where a friend of us was the GM and had asked us to start a night on Tuesdays. We wanted to keep the name of the night very simple and to the point, so we decided to call it Techno Taco Tuesday. The goal was to invite all the local DJs to play our new event within the first year, which we did within the first 6 months! Then right after we started to invite friends from all over the West Coast and then we started to book headliners. As they say, the rest is history (laughs) 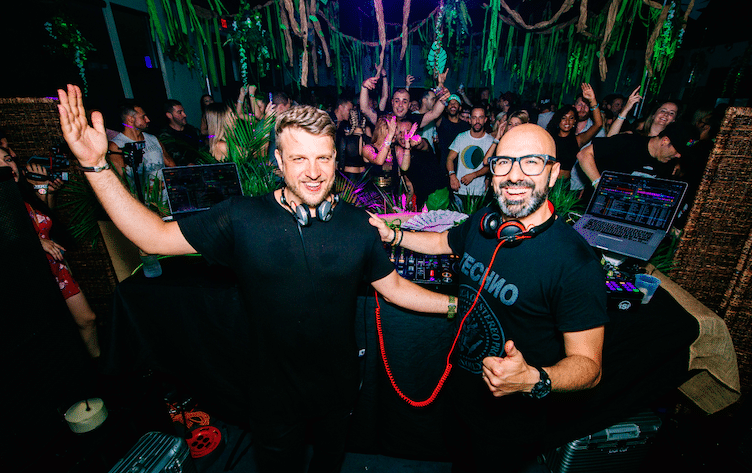 Asides from doing a techno event in Vegas (on a Tuesday!) what have been some of the challenges you had to face in order to sustain the weekly grind of doing Techno Taco Tuesdays?

It’s a lot of work. I think without our team this event wouldn’t be possible, so I think the most challenging part of doing this event has been building up and leading the team. We don’t do it this event to generate income but instead, we do it for the passion for music and to build some sort of culture in our city. It has taken lots of sweat and tears from all of our team at MNTRA to keep it going but it has been an amazing journey overall.

It was great meeting you and some of your crew at Movement this year! You all did an early Tuesday morning event under the Techno Taco brand in Detroit, what other cities are you targeting next and was expansion always part of the original plan for Techno Taco Tuesdays?

It was a pleasure meeting you brother! Yes, we had a great event in Detroit, we also did WMC this year which was a total success and an incredible party. Now we are doing ADE in Amsterdam for the second year and possibly Tulum, Mexico in late December. The expansion was not part of the original plan but the idea was born 6 months right after we started the event. We started to get requests from a few cities in the States and also some from Europe to take the party there. At the time we weren’t ready for that yet, we wanted to focus on growing the party in our city first which we eventually did!

What are some of the highlight events at Techno Taco Tuesday since you guys launched that you feel really helped push your event brand out there?

Wow there has been so many! The support from our friends and locals since day one, The first headliner we had which was Halo Varga, than the first Tent Party with Steve Mulder from Amsterdam, then the booking of Fur Coat for our Second Year Anniversary — that was one of our biggest party with over 900 people… then it took off from there. 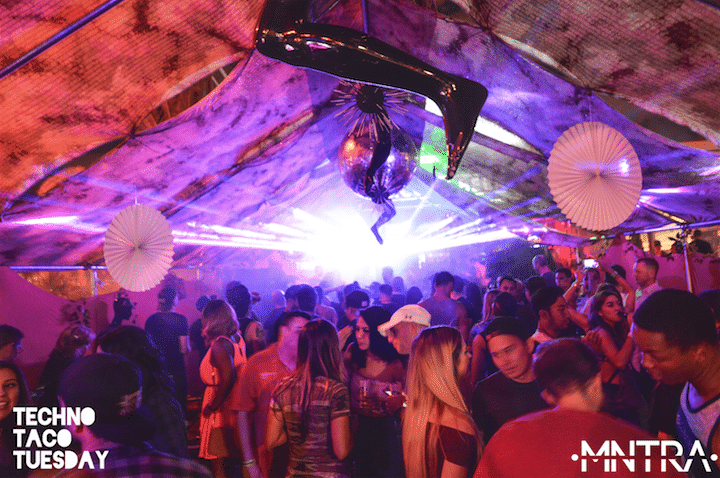 Ok let’s actually talk about the important stuff….TACOS! What are some of the best places to get tacos and what is your personal favorite taco?

That’s the toughest question ever (laughs). In Las Vegas I like Tacos and Beer and their al pastor taco, the Dubfire Taco at Juicy Beets and the pastor taco at Tacos El Gordo.

In Juarez, Mexico, where I’m from, I love the barbacoa taco at Crisostomos. In Culiacan in Mexico I go to this one little stand called Tacos Sonora for some of the best tacos I ever had in my life. Also in the same city at this one spot called Tacos El Chito they have the best seafood tacos hands down.

What are the plans for Techno Taco Tuesday for the remainder of 2018 and beyond?

We have all fall calendar booked and some early 2019 bookings done. In 2019 we are forecasting some bigger shows, partnerships with some huge brands and beginning to work on our first techno festival in Vegas for early 2020. Below are some of our confirmed acts, including the ones we just had in September