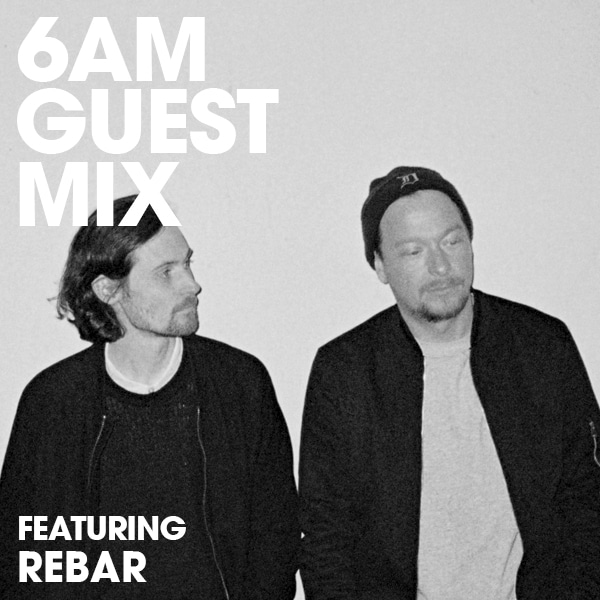 In the physical world, a Rebar is an object, often used to reinforce concrete. In the world of music, however, Rebar is the joint venture of the label-heads of “made of CONCRETE” and the self-titled “Rebar“ imprint.

On 1st February 2019, Rebar released Lost In New York, the second EP on their self-titled label, at the same celebrating the 4 Year Anniversary of the launch of made of CONCRETE.

Rebar is a duo composed of Jens Nicolao and Andreas Pionty whose Rebar label is meant as a space for their own sound explorations, aimed at putting forward releases which combine their usual style with cross-boundary composition.

With this release they continue their geography-infused musical journey. While the first release unveiled the majestic anthropophony of Tokyo, this second release is centered around the city of New York. As in the previous offering, the three tracks all pertain to different styles, exploring different facets of electronic music, all the while carrying the common sound print of the American metropolis. Both releases are based on field recordings they did in the particular city, later combined with the atmosphere and vibe we felt.

Recognizing the exceptional work Rebar have been doing as producers and label owners, we asked them to provide this week’s Guest Mix, as well as for the chance to sit down for an exclusive chat to learn more about their projects.

The Guest Mix is a live recording of a recent vinyl-only set close to Dresden, Germany.

Hi guys, thank you for taking the time to prepare a mix for us and for this chat, I have been looking forward to both! How has 2019 begun for you guys so far?

Thanks for having us. This year started quite busy. We released our “Lost In New York“ EP on our self-titled Rebar imprint in February and we also played several shows around this time. In parallel, we worked on the release schedule of our label made of CONCRETE. On this we just released a great EP by Roberto Clementi with a BNJMN Remix and we are currently working on our biggest label night so far at Suicide Circus in Berlin, which is set to take place on 13th April 2019 tith a compelling lineup which presents 7 artists from the label family.

Tell us a little about the mix: where did you put it together, what was going on in your head during the process and what do you hope to convey with this one?

The mix is a live recording, actually, like every mix you can find from us online. As we both live in different cities and also play mainly vinyl we need to record our gigs and hope the result is good enough to present it to the world.

We recorded this mix at an event close to Dresden where we played all night long on the techno floor. The mix is a part of this trip and in our head it encapsulates the vibe of the party and our own flow. We hope this one somehow captures our love for versatile sounds and unexpected developments in the mix. We also like to play a straight and functional techno set, but basically we love to surprise ourselves and our guests with a more eclectic sound universe, which is maybe not so common these days.

Congratulations on the 4th birthday of your made of CONCRETE label. Can you tell us what the label name means, for those who do not know?

The label name shows our love for architecture and the effect a room and a surrounding can have on the music. On the other hand, it’s also like a statement we want to make with every release under this name. It doesn’t mean that every release needs to be a hard techno EP, as you maybe would expect by this name. For us, it means that every artist should have the most artistic freedom on the label and can show also different facets of their sound. Everything is allowed if it helps to make a strong artistic statement. So, in the end, our label has quite a versatile sound but every release is strong and concrete in itself.

What were the goals for the label when you began it and have they changed since?

This is a good question… actually we don’t really remember if there was a specific goal at the begin. If we need to define a goal than maybe the goal is to stay relevant, timeless and somehow special. If with this philosophy we reach a lot of people in the end, or remain as a special interest imprint, it doesn’t really matter.

Your Rebar project goes in a different musical direction than other individual projects of yours. How would you describe it to someone who isn’t familiar with it?

Sure from time to time we still play solo gigs but this is then mainly just for fun and for special moments. But yes, we both have different backgrounds. Andreas’ DJ background is more techno and broken beats while Jens comes from the house and disco scene. The love for weird and trippy tracks was at the begin the only direct connection we had as DJs. Over the years all these styles found the way in our sets and formed a unique language. Also while we do describe ourselves as techno acts, our sets and how we play them are rooted and guided by all these different influences.

How do you guys work together in the studio? Do you divide tasks, who does what?

Yes, we divide our tasks more or less. Andreas has a bigger understanding of the production and has the control of the sound itself while Jens takes mainly care of the field-recordings before the studio session and the EP concept.

Do you guys ever run into impasses or “arguments” and if so how do you overcome them?

Actually till now not really. For sure from time to time we have different opinions about some topics but never something which was a big issue.

I know you guys are all about geography-inspired releases, the first inspired by Tokyo and this second one by NYC. Can you elaborate further on what this means exactly?

We like to give our productions a personal touch and try to tell stories. We don’t release much music so we put some more energy in the concept of every release, even when the tracks itself often get done quite fast.

For us, the concept with the geography-inspired music works perfectly as we have these personal impressions which we recorded on our travels with a field-recorder or smartphone. These recordings are combined with the feelings we had and musical elements from the studio that keep all these things together. So when it is all said and done, our Rebar EPs are like an audio diary.

What in particular about New York can we find in this release?

You can find the vibe of the city from 3 different areas. The field-recordings in these tracks are done at the areas the tracks are named after. In “Harlem 125St“ you can hear a funk guitar which is the dominant topic of this track. In “Kent Ave“ you have this iconic security vocal which you hear when you drive over the bridge close to Kent Avenue with the subway, and in “Third Brigde“ you have the rhythm of the traffic close to the bridge.

What other cities do you hope to feature in future releases?

We were both in Vietnam some month ago, so maybe the next one is about this country. We still need to check the field-recordings and then we see what happened. We never know.

2019 has just begun and here we are already talking about a release! What else do you have in store for the rest of the year?

We need to work on a remix for an upcoming release on made of CONCRETE. Then we will work on several label nights which are in progress at the moment. We also want to work on a new release for our Rebar label but this will surely need some more time.

As we both live in different cities and only do music together we’re really not the most productive acts on this planet. Further, we also need to work on the label which takes time.

But, all good things need time!