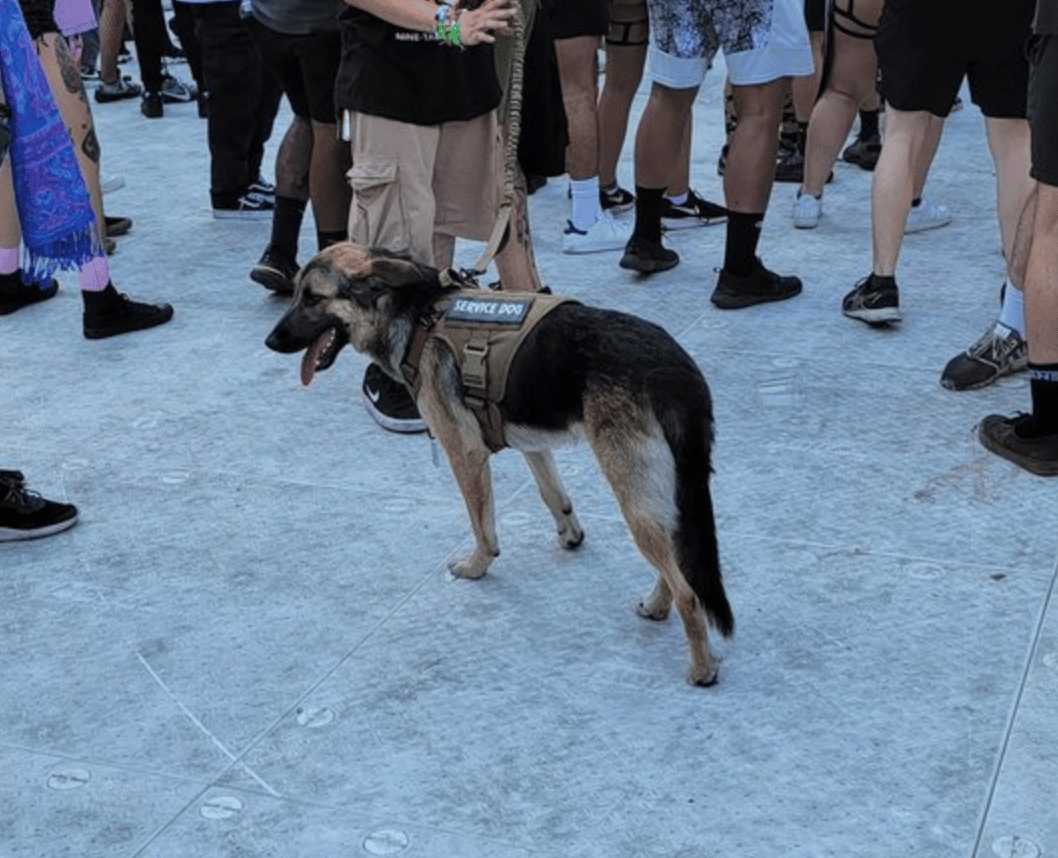 Over the weekend video and images have been circulating around the internet of someone bringing their service dog to an Excision show.

This is not okay…..and on the floor too wtf…. @Excision @BancStadium @insomniacevents this dog is stressing out has no ear protection. The owner is not coherent either. This makes me mad 😡 pic.twitter.com/JhPZPp1V6x

Many comments expressed massive anger and disapproval and noted that the dog showed signs of stress as well as not having ear protection in the loud environment. 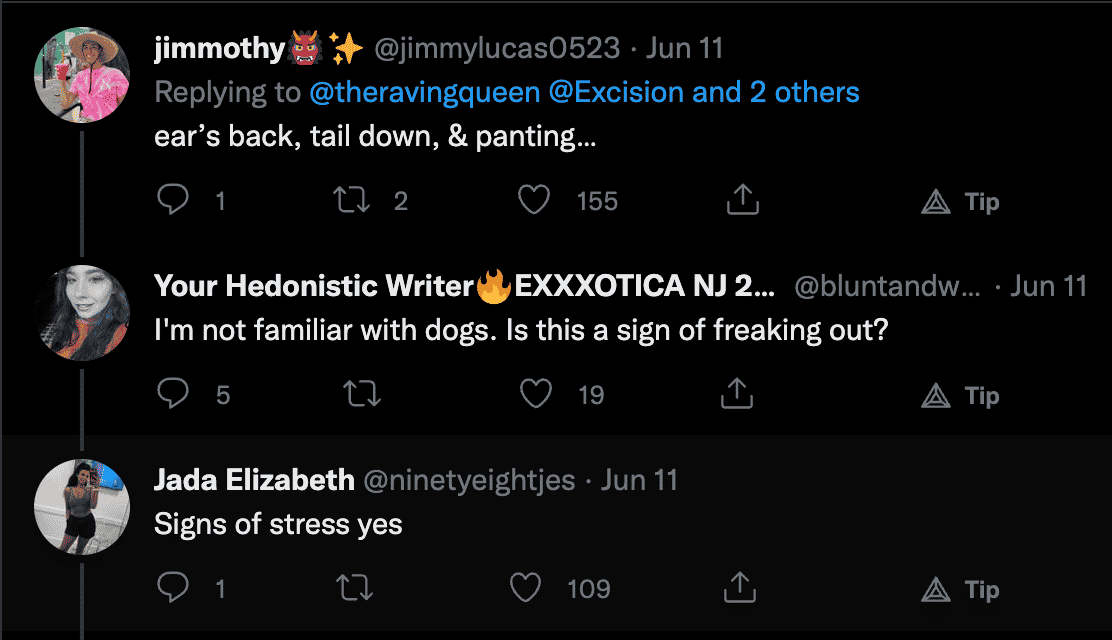 Many commenters were upset over the fact that someone would bring their service dog, but other’s mentioned that most service dog owners are responsible and provide the necessary protection for their animal. In this case, many would point out this dog was highly unlikely (or hopefully not) a service dog as owner was shown to walk the dog on its hind legs and let other people pet the dog which you’re not supposed to do. 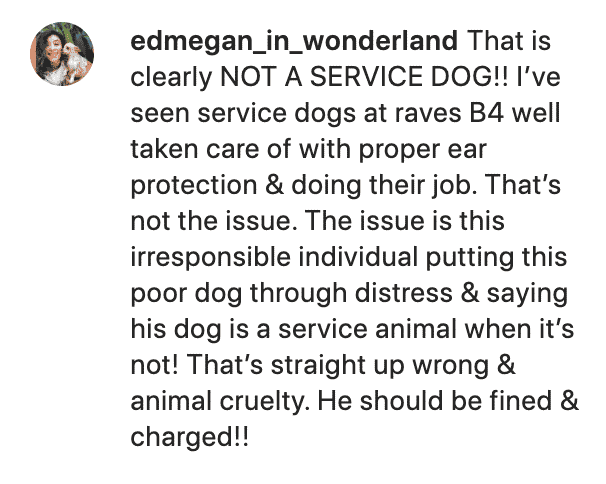 One commenter noted the proper way to bring a service dog to an event: 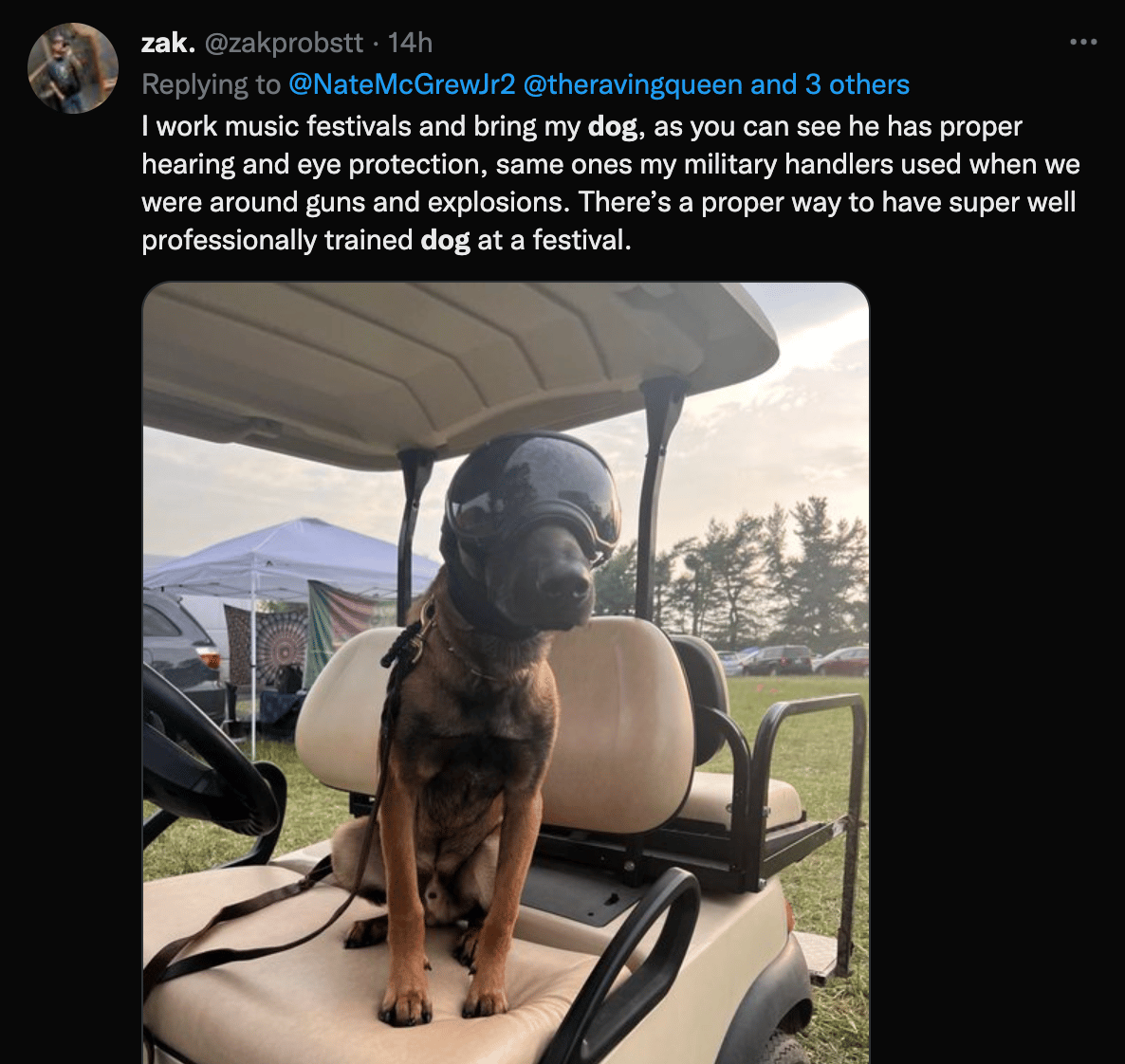 Even other artist weighed in with their anger and what they would do for their events: 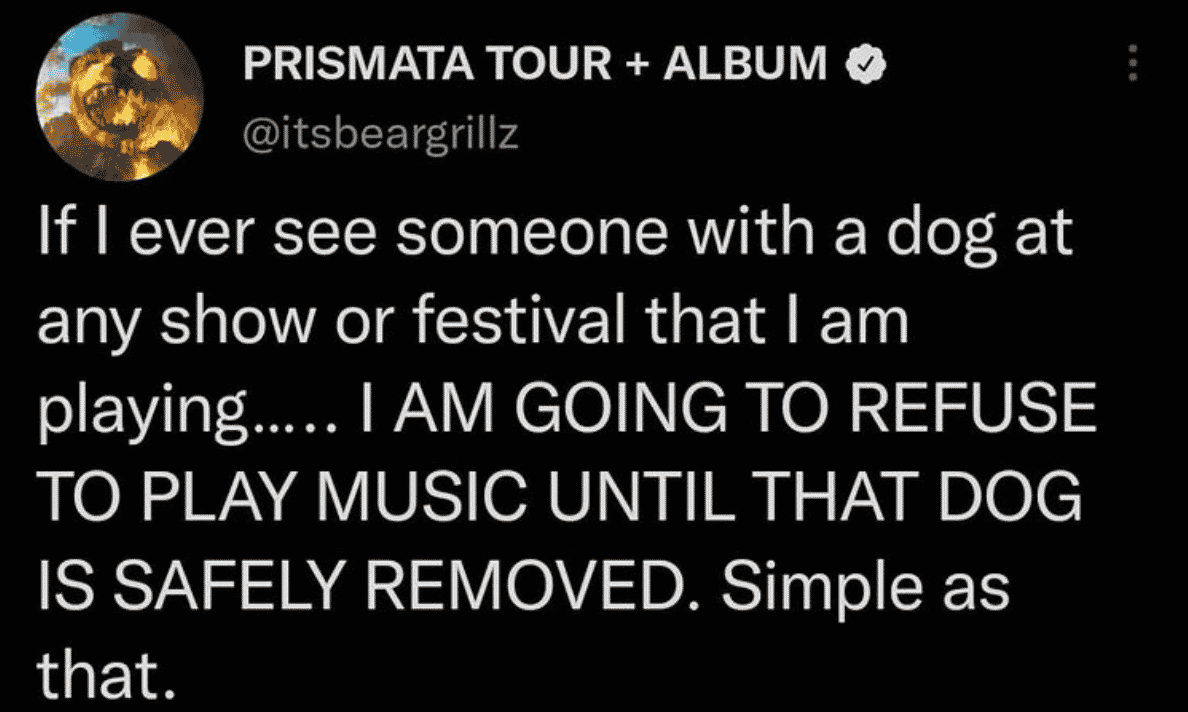 The event recorded and people’s comments does bring up an interesting point of bringing service animals, verifying that they are legitimate and protected at massive events. Does the responsibility lie on the event staff or the artist to set as a standard? After all, bringing an animal to an event can be extremely harmful and overwhelming for any animal… and let’s face it, even for humans as well.

To put the harmful factor to the animal into perspective, most concerts range from 100 to 115 decibels and hearing damage for humans usually occurs around the 85 decibel range (all the more reason to bring ear protection). Humans also hear within the range of 20 Hz to 20,000 Hz, whereas dogs generally have the hearing range of 40Hz to 60,000 Hz meaning that there is potentially more noise the dog can hear and therefore be more over stimulated and get more hearing damage than we know.