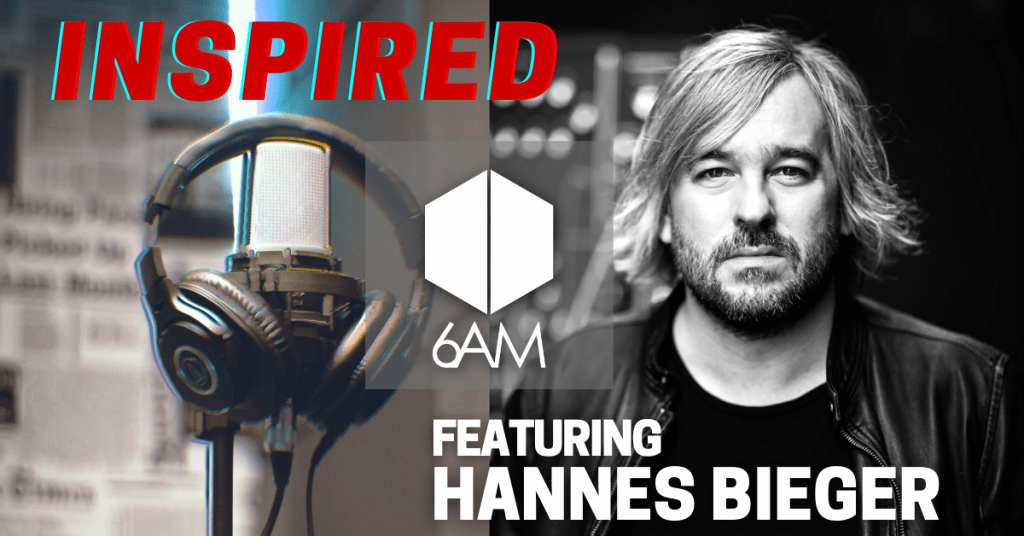 Your favorite artists inspire you, but who inspires them? INSPIRED asks leading names in house and techno to share people who’ve inspired them and why. This installment of INSPIRED welcomes Hannes Bieger, a Berlin-based DJ, producer and electronic music engineer.

Hannes Bieger is one of Europe’s most in-demand electronic music engineers turned star in his own right. Since stepping back into the light as an artist, he has released on leading labels like Bedrock Records, Poker Flat Records, Tronic and Awesome Soundwave, topped the Beatport Progressive House Chart, provided a guest mix for John Digweed’s legendary Transitions radio show and taken his scintillating, analog gear-heavy live show across, from D.Edge in Sao Paolo to Awakenings in Amsterdam to Watergate in Berlin.

Balance Music snares Bieger just as he begins his ascent into the uppermost echelons of dance music. Bieger’s no-shortcuts approach to making wondrous melodic house and techno makes him an ideal candidate to provide a truly special mix for the long-running Balance Series. Comprised of all-exclusive music from Bieger, his friends and collaborators, this mix capitalises on the fact that he was gearing up for another artist album. Instead, the music he’d been saving up for his next LP appears here, alongside music sourced from people has been working in tandem with in the studio.

“Balance presents Hannes Bieger” is out April 29 on Balance Music, you can pre-order here.

Steve is a fantastic DJ and a great producer, but to me he is so much more than “just” that. His entire career to me is a role model of how to do things the right way. He was always in it for the good reasons, because he loves music, and he loves to dance. And he always stayed true to his ideals, never sold out for quick gains – Poker Flat is “out of fashion since 1999”, and proudly so. It takes guts, morals and a good compass to be in the game for so long, to stay relevant for so long, and to build a platform for so many other artists as well. He supported me a lot – my first release after my long break was on Poker Flat, and my first ever live set as Hannes Bieger took place at one of his parties in Berlin. I’ve been mixing a lot of music for him in the past ten years, and he became one of my best friends. And he can still surprise me with his music. His 2021 release “Montafon” is one of the best tracks he has ever made.

With our planet in peril because of climate change, it is more important than ever to have passionate voices like the one of Cristina Mittermeier, the Mexican marine biologist and photographer. She is not only a fantastic artist who can capture the beauty of our planet and its inhabitants in incredibly vivid, moving and sometimes iconic pictures, she is also devoting her work to raising awareness for the environmental issues her subjects, and our planet at large, are facing today. When I was a kid, one of my dream jobs was marine biologist, and today I am quite an experienced photographer, too. In a different life I might be doing what she is doing, and I am eternally grateful that, in this life, she is sharing her view on this planet with a greater audience.

To me, Picasso is not only one of the best painters and sculptors of all times, but also one of the most interesting artists in a wider sense of that word. After graduating from school, for a certain period of time, I wanted to become a painter too, and I applied at several art schools. In hindsight, it didn’t work out because the musician in me deliberately sabotaged the application process. I always thought I had to apologise for loving Picasso so much, because it’s such an obvious, almost “boring” choice. But to me his career is monolithic. He started out on the most solid of foundations, painting like the old masters when he was a kid, and when he grew old he almost painted comic strips – and in between he reinvented himself several times, writing art history along the way. I find that especially the work of his blue and rose periods is ranging among the most touching pieces of art in any genre and at any time – and I quote and paraphrase him often during my mixing sessions and masterclasses, because his universal view on art holds so much wisdom even for musicians.

The guitarist, keyboarder and founding members of Portishead is probably one of the musicians with the most profound impact on my career. When I was 14, I started playing guitar in rock bands, and that was literally my life. But in 1993 or 1994 I listened to Portishead for the first time, and it struck me like a lightning. The first track I heard was “Strangers” from the first Portishead album, and there really was a “before” and an “after”. In a way, my interest in powerful guitar riffs and long solos was wiped out immediately. What I admire is that he can play so little and say so much with it – few notes, incredible expression, mindblowing analogue sound design… he changed my musical thinking forever!