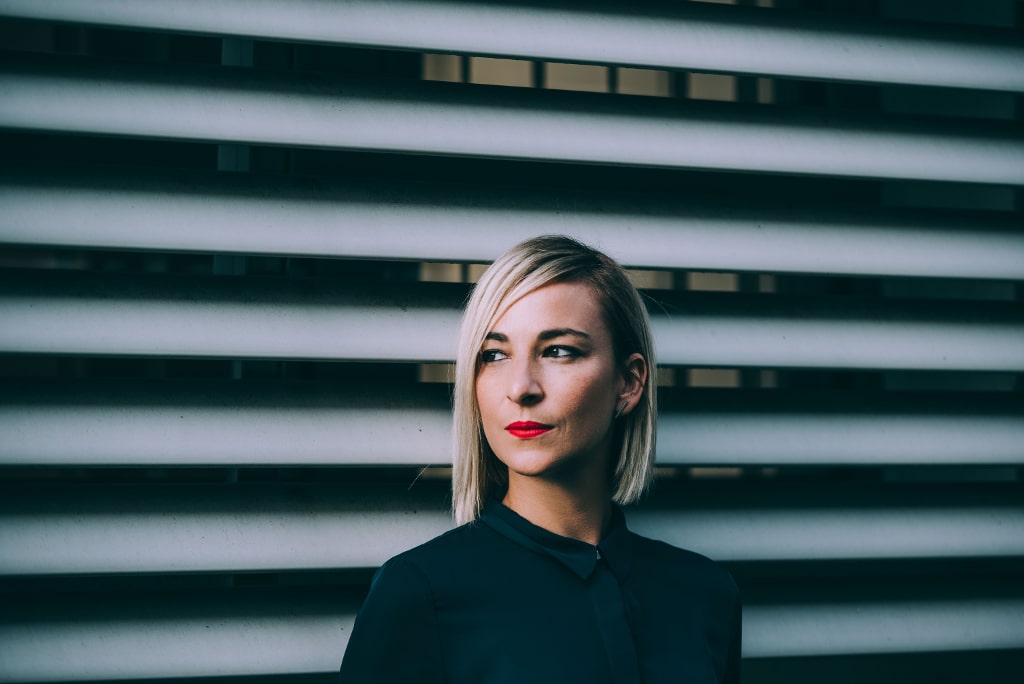 Emotions ran high at the first TRAUM event since quarantine started. One of Croatia’s leading techno artists Insolate played the country’s first live event this past June. Born Suncica (Sunny) Barisic, Insolate’s return to the decks and dance floor was powerful. “This was so emotional for me to have [an] event after so many months. Finally, everybody was just waiting for this thing to happen…it was super emotional,” says the DJ and producer. Hosting a city’s, let alone country’s, first event in months is something most DJs are dreaming about since COVID-19’s lockdown. Insolate, whose real name translated from Croatian into English means sunshine, has become one of the leading names in global techno. Keeping her perspective fresh on life and music, she shares why adapting is so important not only in the music industry but in life.

Listen: 6AM In Interview with Insolate, Croatian Techno Powerhouse

6AM · 6AM In Interview: Insolate Plays Live Event & Tells Why Adapting Is Key to Success

In 2015, Insolate (formerly known as Miss Sunshine) realized the music she was playing didn’t quite capture her essence of who she had become since starting in the industry 20 years ago. Her name change was logical for her, “this all sounds very cheerful, very house-y maybe some Ibiza house.” She laughs. “I saw that I [wasn’t] giving the right picture to the people [of[ what I was presenting. This was the first time I thought I should actually thinking of another project, another name,” says Insolate. She still wanted to keep a personal meaning to her artist name (sunshine) and chose another characteristic of that name. “Insolate,” which means burn with the sun, was similar to her name but more “grown-up”….mature. Like a phoenix rising from the ashes, the end of Miss Sunshine was only the beginning of Insolate. She felt a need to better connect with her music and its progression. Necessity is indeed the mother of invention. “I was something fresh and new for some, and at the time I didn’t say it was Miss Sunshine,” explains Insolate. “When I started to tour and play under Insolate they started to figure [it] out. It was a nice transition, and for me [it] opened many doors.” One of them being Apelago, a Berlin-based booking agency representing other class acts including Broken English Club and Mark Broom.

The parties are still like that. It’s [about] the connection with the people [not about] who you are, where you’re from, what you’re doing. Nobody is asking you that. Everything is about energy and feeling.”

Insolate and Live Events, the moment she fell in love with techno parties and electronic music’s culture 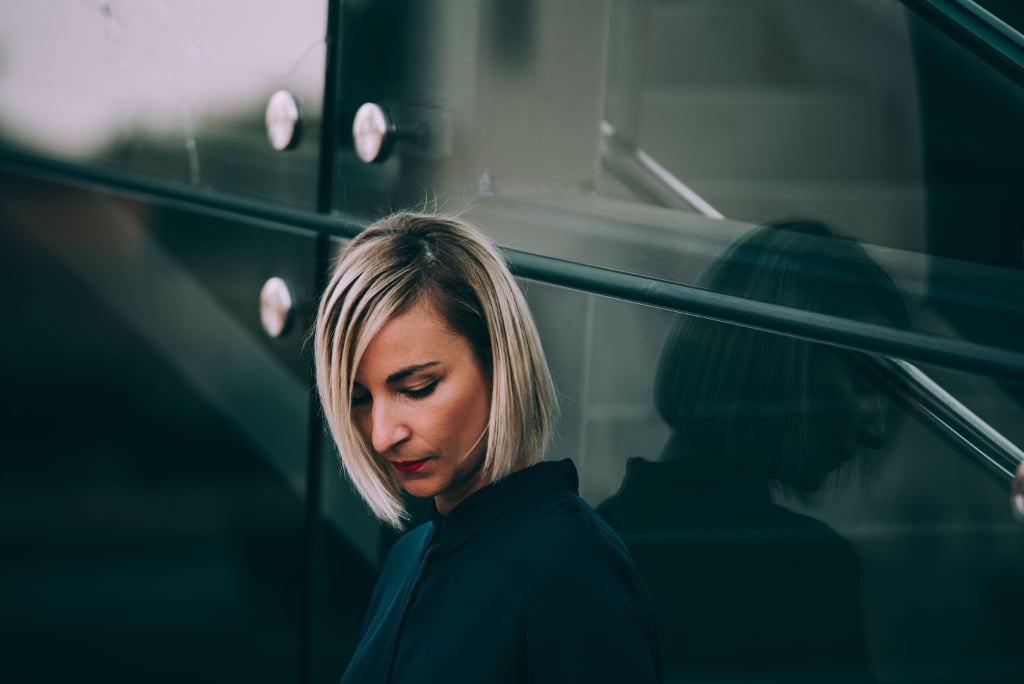 Before Insolate became the shining artist she is today, “Sunny” was a teenager rummaging through techno cassettes with her friend. A fan with an addiction to the hypnotic, mysterious world of techno. It was love at first sound. “We found one cassette from her brother, and her brother was actually DJing at the time. Playing techno, acid and some jungle music,” says Insolate. “We started listening to it and loved what we heard.” The brother wasn’t only a DJ but he also organized events, and naturally as any younger sibling does, the next question is if they can tag along. Insolate knows they were flying under the radar. “We were begging her brother to bring us to one of the parties….at that time parties were in some shelters [because of the post-war era]…it was perfect for the techno parties,” she says. “Everything was a little bit illegal, there weren’t many rules back then. Parties started very early around 6pm, and it was perfect for me because as a young kid [because] I couldn’t stay [very] long at the parties. […]. For me it was everything. I just loved the sound and the people. Everyone was so nice to us. They were really treating us as part of the group [even though] we were just two kiddos.” Gaining access early on to the culture of dance music, Insolate knew this was her life’s quest. 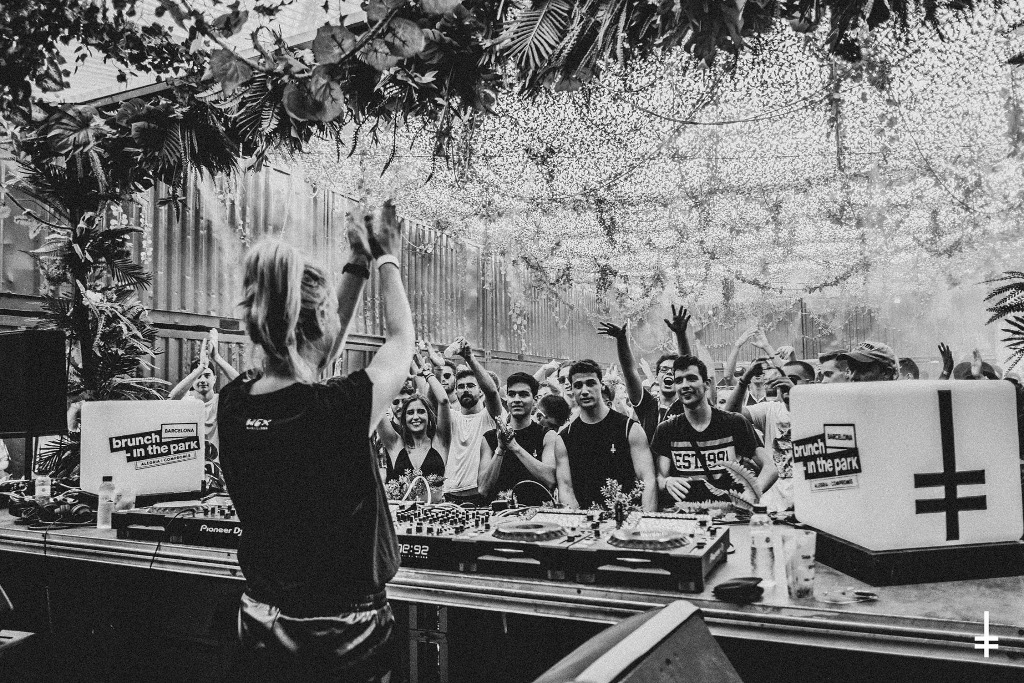 “I love to share energy. I’m very active while I’m playing. I love to feel it when I get it back. […] I need to rely on people to see where my set is going to go. It’s not prepared”

For Insolate, a live event is being in the moment, being present.

Carrying On Through Music

The music industry, particularly the electronic community, is still figuring out how it’ll support itself as the world grapples with COVID-19. There are venues running the risk of their doors closing for good (some already have like De School) or even entertainment companies forced to make unprecedented changes to their policies placing a heavier financial burden on the artist–the hurdles the music industry faces are many. However, this is also creating its own set of opportunities. It’s hitting the reset button and perhaps also leveling out the playing field. There’s a growing awareness of the need for greater accountability within music’s ecosystem. Artists are even using their platforms to create a stronger connection with their peers and fans, especially through virtual events. Insolate is no stranger to live streams participating in them frequently, but it hasn’t come easy.

Insolate, like many other DJs, has adapted to COVID-19 times and taken her music virtually. Aside side from the technical learning curve of doing live streams, there are other sets of challenges: playing in front of nobody. Most DJs rely on reading a room and adapting their sets to create a vibe. They take the crowd on a ride, but they’re also tuning into the energy of the people. It’s like a delicate dance between an artist and a crowd. So when you remove the crowd element, the focus falls primarily on the DJ, and believe it or not, not every artist likes the attention on them. “It’s very hard. You need to imagine and have a few drinks and imagine you have a lot of people in front of you,” laughs Insolate. “It’s very, very strange. I try to imagine I have some people in front of me and how they’d answer me with some track I’d play.” If you dream it, you can achieve it. Just like when she evolved from Miss Sunshine, Insolate continues to adapt to the music industry’s ever-changing environment.

I’m happy that finally now some things are changing. We’re starting to be very loud about rights. We all should have the same rights. […] I think it’s very important in everything to be super loud, to not stay quiet and to try and say loudly, not only about women’s problems, about everything we should say loud what should be normal

While she has a slew of upcoming releases, she admits that life has taken on a new meaning. “Nowadays it’s hard to plan anything, so I really live day by day because you never know,” says Insolate. “Right now I have plans until the end of the summer. The gigs here in Croatia, on the Croatian coast, starting from next week but you never know what’s going to happen.” She’s looking forward to sharing music whether live on the dancefloor or through your speakers at home. Keep an eye out for her upcoming EP on Ben Sims’ label Symbolism and an album remixed release on her label Out of Place with remixes from Sev Dah, Under Black Helmet, Amotik and Flaminia.

She echoes a sentiment of the need for positive energy and patience during COVID-19. Insolate ends the phone chat with a warm laugh and saying, “We don’t have time for negativity.” Negativity, who is she? Let’s keep the music playing loud and spirits strong.