In Interview with Subjected 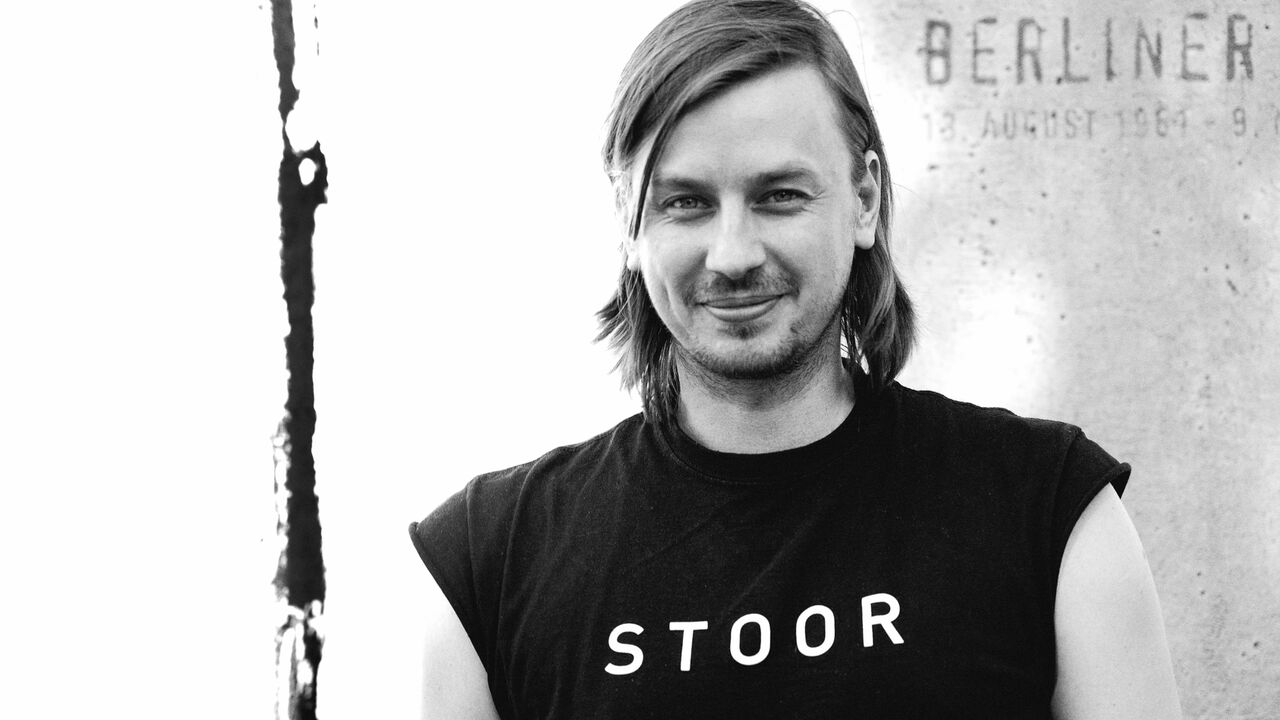 In Interview with Subjected

An essential figure within Berlin’s techno scene, Subjected has released on ARTS, the enigmatic STOOR and his very own Vault Series. Subjected Systems is a newer project which has so far hosted two releases, one from Transient X4 and another collaborative effort between Subjected and Andrejko.

The label showcases a post-industrial era, that keeps ties to the underground scene that gave birth to it but signals its occupation of a different realm than its predecessor. Subjected now returns with his second album for the label’s third release. Entitled Mother, the longplayer came to fruition after Subjected became a father himself – inspired by processing the changes that were not only happening around him, but to his partner and a new life.

We took the opportunity to speak to Martin, as he is known to friends and family, to talk about the labels, the release of Mother and more.

Hi great to speak with you Martin. What have you been up to recently?

Hey great to speak to you too. I’m really busy at the moment. Besides trying to be a good father, I’m preparing the 25th release of Vault Series, a collaboration with my studio partner Andrejko, doing a remix for my former agents label Red Light Music, I started a part-time job as a night manager at Heimathafen Neukölln. And when I have some time left I’m doing some ghostwriting and producing some beats for a German-American trap artist, whom I take care of.

You are the proud owner of Vault Series and your more recent Subjected Systems. You’ve mentioned in a previous interview that the former was limited in what it could release. Would you describe the ethos of each for anyone unfamiliar? How does each label differ?

Vault Series was and is a label for me and my friends from Berlin and Hamburg. I would say it keeps the underground vibe and it’s still a DIY thing. I make everything by myself. I’m doing the artwork and I stamp every vinyl by hand. But as you said, this concept has some limitations. Because of these “DIY – for my friends” thing, I had no chance to release music from other artists, who I meet, when I’m on tour. I met some very good producers around the globe and when they gave me some tracks, I always had to decline it because I had no platform for them. Even soundwise it was a bit tricky for me. Vault Series stands for raw, more industrial soundscapes. Subjected Systems is more open and more professional. I need a lot of time to prepare and plan everything. Every release is agreed with Jonathan, my graphic designer. For me, it’s more a piece of art, soundwise and optically. And now I have the chance to release music from the artists, which I like and whom I met when I’m on tour. I only try to focus more on some timeless organic techno. Something more post-industrial, something more focussed towards the future.

You’ve previously mentioned your dislike for the uniformity of dark techno and its association with seriousness. What’s your opinion on the scene today?

I had a huge problem with the all in black uniformity and this “techno soldier” attitude. For me, techno is strongly connected with diversity, freedom and peace. But now it’s getting better. With the new rave scene, some freshness is coming to the clubs. The neon colours and the 90s are back. I really like that, because it reminds on my younger years as a rave kid.

We’ve been thoroughly enjoying your latest LP on your Subjected Systems, Mother. We understand the inspiration for the album and name revolve around recently having a child, could you explain this in your own words?

The definition of “mother” is like an origin of everything for me. I wanted to make something more timeless, something more focussed on the roots of techno, something post-industrial. And when I realised that my fiancée is a wonderful mother too, I thought Mother would be a great album title. How did this momentous experience impact your studio production from its creative approach? During the pregnancy I had the plan to produce the long-player and some EPs in advance, to have more time for my son, when he will be born. But it came all completely different. I had a huge lack of creativity. I only produced some ambient tunes on my modular systems in my living room. We had to move to a bigger apartment and we prepared everything to be good parents. But when my son was born the creativity came back. I was super happy that everything went well and that pushed me forward. Besides the track “Trope” all other tracks were produced between September and December 2017. It went all super easy and super fast.

What were the essential pieces of gear used in the Mother album?

To have the same aesthetics in Mother I limited myself to a few modules. In this case I hardly used the modules from ERICA SYNTHS Black Wavetable OSC and the NOISE ENGINEERING Basimilus Iteritas Alter as my main sound sources. I recorded everything in Ableton and did the postproduction in the box with some UAD, M4L and Ableton plugins. Other essential pieces are the TR-8 for the drums and Alesis Midiverb, which gave the sounds a special spectrum. 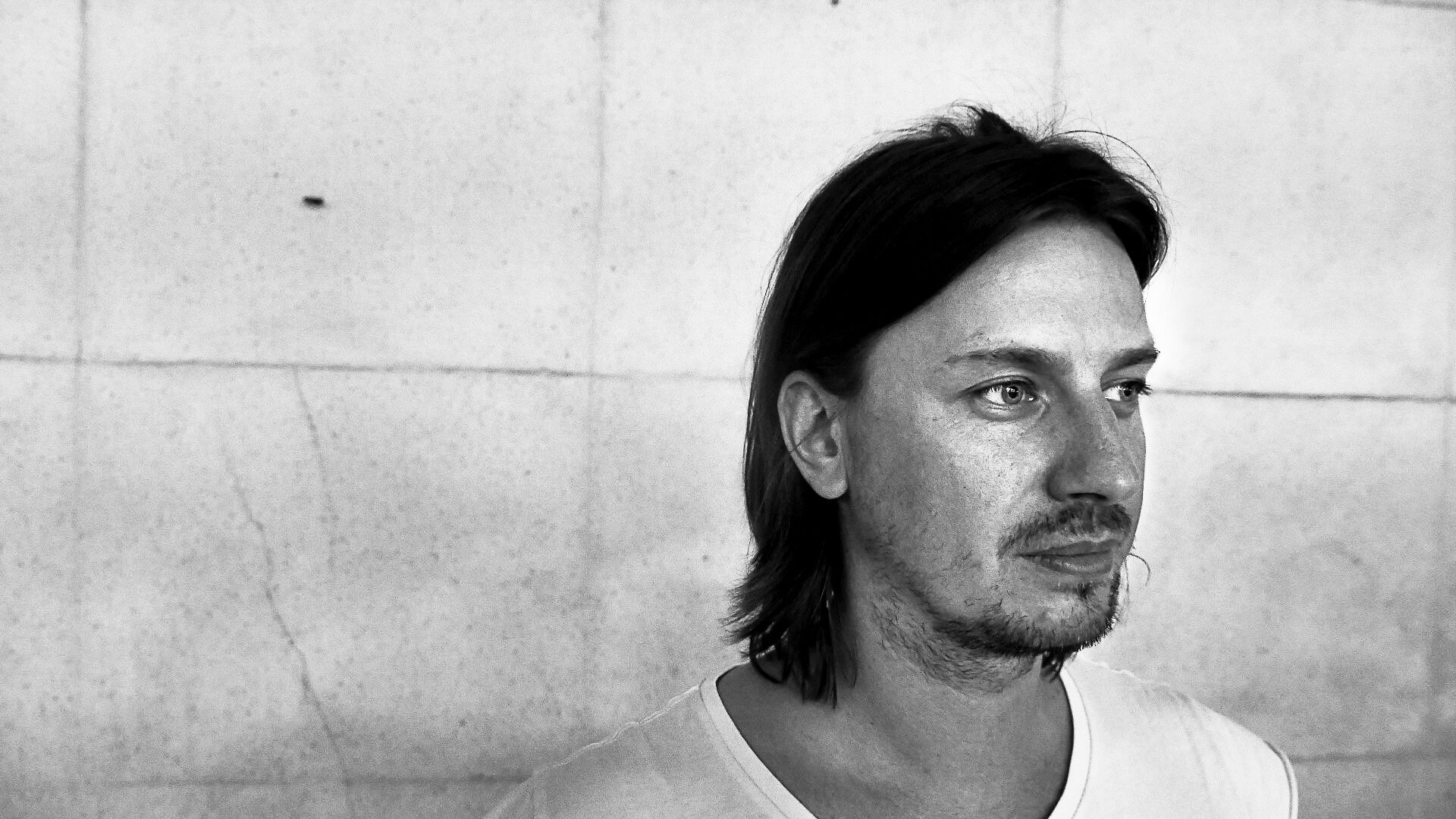 Your last album Zero was released back in 2013 on Vault Series. We’ve read that this release was ‘concept-free’ pure dance floor techno. If this is correct would you discuss how your opinion on musical concepts has evolved these past five years?

Indeed, Zero was a concept free album. It was the beginning for me and that’s why I called it Zero. It has an intro, an outro and all other tracks are dance floor oriented. The idea to make my 2nd LP more conceptual I had 3 years ago. I produced lots of tracks but in the end, it didn’t feel like a complete album for me. I really missed the red line or concept in itself. It had no real theme. So I released these tunes as EPs or separate tracks. For my 2nd LP I wanted to create an album, which you can hear in the club, in the car or even on the couch in your living room. A combination of ambient, 4 to the floor and other rhythms. With the birth of my son, I had new visions, energy and a new concept to finish it.

What has been the biggest change in your personal life since becoming a father? Has it had an impact on your careers such as touring?

It changed a lot, but all in a good way. I have to do better time management for my work as a producer and as a father. A newborn or a toddler needs a strict daily routine. We can’t be so spontaneous anymore, because we have to find a babysitter when we want to go out or do something for our own. But I don’t mind this, because it ́s now the best time in my life. When I’m on tour I often miss my family and nothing beats the smiling face of your son when you come back home.

Back in August you opened Berghain rather than playing to a warmed up crowd, how different is this experience compared to performing to a crowd that’s already been warmed up?

That was something special for me. I was super nervous because as you mentioned I’m always playing for a warmed up crowd. I think the opening part is the most important part of a club night. You will be the first leader of a memorable night for the audience. When you make it worse, the audience will need more time to go with the flow. But this night at Berghain went really good. I had a really good transition between 119 bpm to 128 bpm from ambient to beefy techno.

What’s been some of your most memorable performances to date?

I really enjoy playing shows at Griessmuehle and at Berghain, because both venues are in my hometown Berlin. A lot of good friends join me here and they are my best critics. Other great performances were opening the EDLX stage at AWAKENINGS, closing the boiler room at the legendary STATTBAD and the BUNKER party at Mercat in Melbourne.

Your last Instagram post shows off the incredible Subjected System logo in sticker form on your suitcase. How did you get in contact with the artist Jonathan de Kalbermatten, and what other work does he do with you?

The contact with Jonathan came over my studio partner Andrejko. Jonathan is my main graphic designer. He realized and finalized the logo and the typo of Subjected Systems, he is doing the artwork for the vinyl and he’s designing the flyer and posters for the label nights. I’m really happy that I met this talented guy, we share the same visions of graphic design and without him Subjected Systems wouldn’t be the same. Thank you, Jonathan!

What can we expect from Subjected throughout the remainder of the year? Do you have any forthcoming projects on either Vault Series of Subjected System you can tell us about?

As I mentioned above the anniversary 25th release of Vault Series will come out in July. It’s a collaboration between Andrejko and me. Then I finished till now 3 remixes this year, which will be released in 2019 too. Another highlight for me is that Mother will be remixed from my favourite techno producers. It is a 2×12” and will be hopefully released later this year on Subjected Systems as well. In June 2019 you can hear a little different side of me. I produced in Summer 2016 an ambient and film score long-player á la Alessandro Cortini in my project studio at home. This thing has a special concept and I’m really happy that I found a home for it on Intimate Silence.

So keep your eyes open for some further information. As well we will finalize the album for a trap artist, some of his music videos are already completed. Maybe his debut LP will be released in Autumn 2019 hopefully.

Finally, is there anything else you would like to say?

Nope. Thank you for having me. Have a nice day