In Interview with Starving Yet Full & August Jakobsen 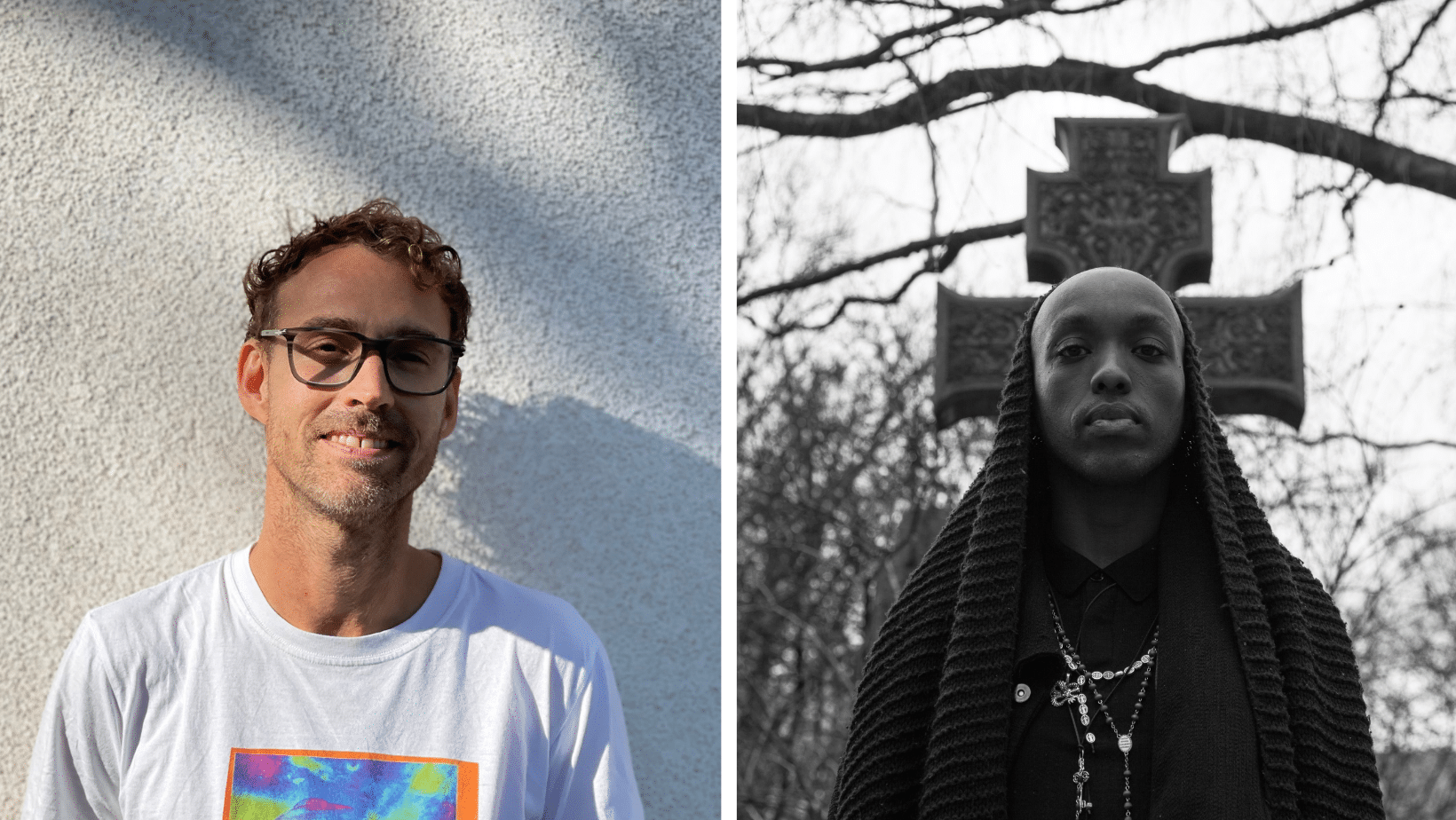 In Interview with Starving Yet Full & August Jakobsen

Moscow-based singer, songwriter Cedric Gasaïda, aka Starving Yet Full, was the lead vocalist of the Canadian quartet, Azari & III who achieved crossover success in 2011 with hits including ‘Hungry For The Power’ and ‘Reckless (With Your Love)’. Now pursuing a solo career, collaborating with suiting production outfits from all corners of the globe, releasing under collaborative projects such as BLENT, and touring his latest material, Gasaïda has fostered an admirable presence in the modern-day electronic music landscape.

After being introduced by Pavan Mukhi of Foreign Beggars, Gasaïda teams up with DJ, producer, multi-instrumentalist and one half of APP alongside Peter Pixzel, August Jakobsen, for their irresistible ‘Cemetery Gospel’ album on 4NC¥ (Foreign Currency), an Indian label split between Mumbai, Dubai & London. With an extensive background in jazz composition, August holds a unique, euphonic style that runs through his music on various labels such as Diynamic, Kindisch, Global Underground, and WetYourSelf! Records.

The eight-track project explores both the melodic sensibility of August’s production and the bittersweet emotion behind Gasaïda’s vocals, with the result being a mesmerising body of work with shifting musical styles and spirit.

In honor of the release, we propose an exclusive chat between Starving Yet Full & August Jakobsen, where they do all the talking, questioning and answering.

SYF: Where are you at now? And what are you up to?

AJ: At the moment I am in Tenerife in Spain. I moved out of London 6 months ago as everything was about to go into lockdown for the second time. I have been busy over here working on the next album… just writing demos at the moment.

I have also started a new project with a friend from here called Sounding Paradise. It’s a stream from my balcony here and hopefully we can develop it into a brand that we can bring around to festivals and clubs.

SYF: When did you move from Denmark, and what brought you to London?

AJ: I moved to London in 1999 to study music at Trinity College of Music [now Trinity Laban]. I was also ready to see something different.

SYF: What is your musical background?

AJ: I started playing guitar at 6 years old, and played in bands most of my teen years. I got into music production in version 1 of Cubase… (laughs)

But when I got to London I started the more electronic journey. Met Jacob Husley and we got our first house collaboration going in 2000, at the same time as I was studying jazz guitar at Trinity. For years to come it was jazz-rock and house music. If I was not on tour with a band, it was back to London playing with my own electronic duo App with Peter Pixzel at Wet Your Self at fabric.

SYF: Do you have any favorite artists or inspirations?

AJ: At the moment I think I am listening to more indie music than ever before. Khruangbin has been on my playlist for some time now for my chilled-out time. Also, neo-soul has a big place in my mind as I am writing some of that music at the moment with a good friend of mine from London, Laville.

On the more house and techno side, I really like Michael Jansons productions, and then there are Cartulis and Unai Trotti – love his stuff and his sets at Cartulis parties are the best!

SYF: Tell me a bit about the making of the album.

AJ: So most of the time we would start with Peter and I getting the groove and bassline down. Then you and me starting out getting the vocals in – as you remember, most of the creative stuff happened in the beginning and usually after midnight. That said, I worked a lot in the mix afterward, and you and I had recording sessions to get down the vocals and backings after the first creative sessions.

SYF: What gear and plugins did we use?

AJ: I think a lot of the album has the sound of the Nord synth – I have always been a big fan of the sound I can get out of it. Also, the Octatrack was used a lot – it’s a great sampler to bend our sounds into shape. And then there is the OP1, a super fun approach to a synth, love it!

I just got my first Lunchbox so almost everything is run through the Shadowhills.
In the box plugins, I have always been a fan of the Soundtoys to give the individual tracks a bit more character.

SYF: What’s your favorite place to play in London?

AJ: (laughs) I must say that I have had so many great gigs at Wet Your Self in Fabric room 1 and 2, so that is probably the place, but at the moment I have moved my studio to Fold, a new club in Canning Town and I love the club out there! Fantastic sound, super nice people running the place, and a bit of a different vibe, more Berlin, and that are definitely on my list of clubs to play in when the scene starts again. Let’s not forget all the smaller places – London is full of them and I have played so many and love them all!

AJ: Where are you at now? and what are you up to?

SYF: Currently based in Moscow, working on my solo material and other collaborations, such as BLENT!

AJ: How did you meet Pav?

SYF: Met Pav in Toronto, then came out to one of his shows and then we all went to Wet Yourself at Fabric, This was in London after touring our last gig with Azari & IIi in the UK, Who later introduced me to August and Peter

AJ: When did you decide you were going solo doing your SYF?

SYF: After the break up of Azari & IIi

AJ: Why did you end up in London?

SYF: I was feeling down and instead of returning to Toronto I decided to spend some time in London and just meet new people and make new music

AJ: Cemetery Gospel Album what influenced the album sound ?/ what kind of parties did you go to?

AJ: Why did you move to Moscow?

SYF: It just happened! The electronic music scene in Moscow keeps growing and is full of talented people.

AJ: How did you choose to do the album with Pavan?

SYF: Pav was supportive of our collaboration from the get-go! It was a no brainer