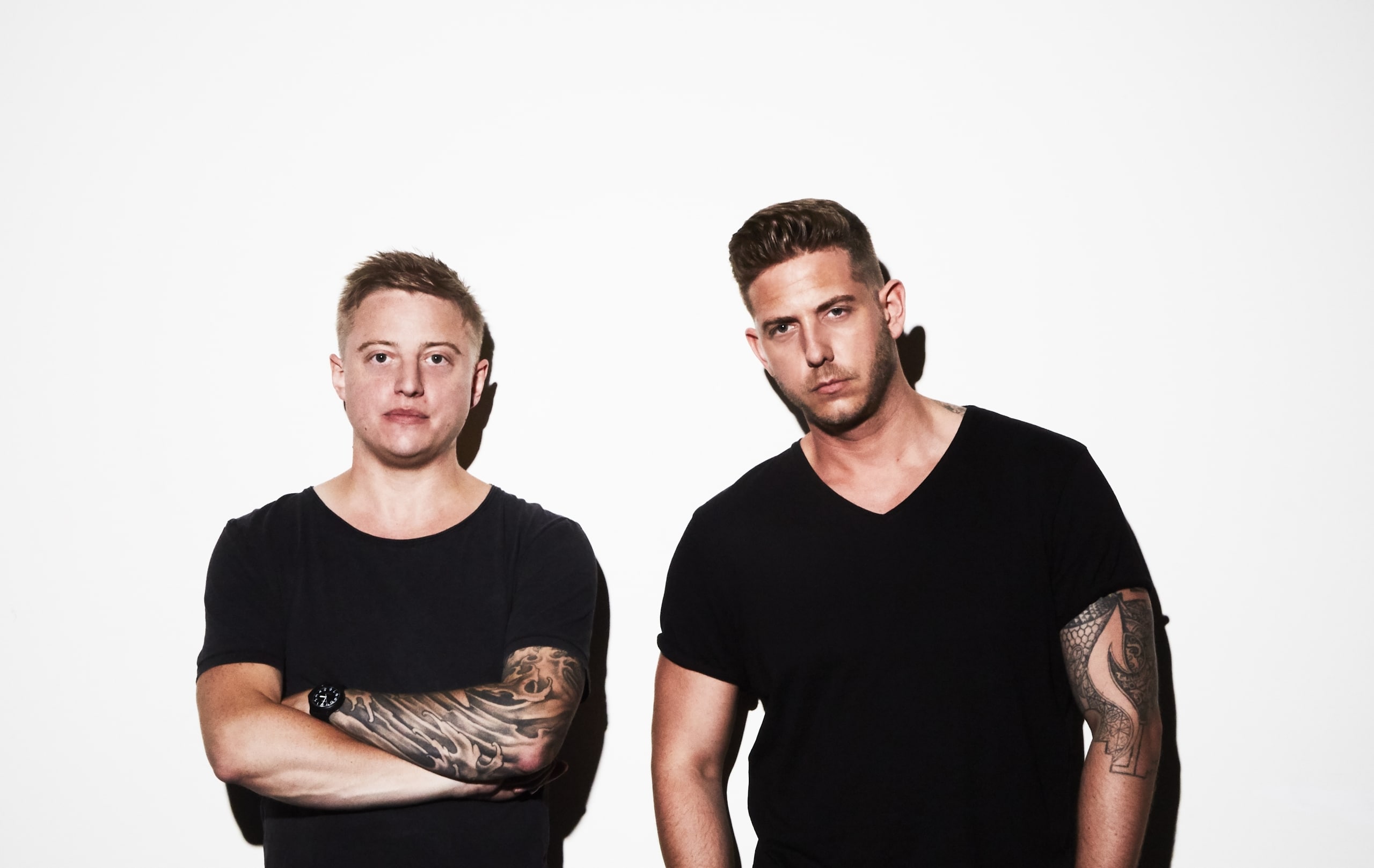 Against a Dark Background – the full-length studio album from long-standing British techno duo, Spektre – will be released in early 2020 on Pleasurekraft’s esteemed Kraftek imprint.

Following their critically-acclaimed debut album Casting Shadows Without Light in 2010 and their sophomore outing Cyclic Operations in 2013, Against a Dark Background will be the third studio long-player from partners Paul Maddox and Rich Wakley, who have been producing together under the Spektre moniker since 2006.

Currently in the top five-selling techno artists worldwide and with over 500,000 streams per month on Spotify, Spektre have taken the electronic music world by storm over the past few years, with their forward-thinking productions and high- intensity live performances resonating with legions of loyal techno fans across all corners of the globe. Now key ambassadors for British dance music on a global level, Spektre’s chart-topping productions have received high praise from the likes of Adam Beyer, Carl Cox, Pleasurekraft and Alan Fitzpatrick and the duo are often hailed as one of the most exciting acts to emerge onto the UK techno scene over the past decade.

We grabbed a chat with the in-high-demand duo to get an in-depth understanding of what this album means to them.

Hi guys, nice chatting with you today! Firstly, congrats on the new album coming out early next year — that’s huge!

How long have you been working on it?

PM: The first ideas for the new record were born a couple of years ago, but we’ve been working on in earnest for about the last 12-18 months, albeit with a few remixes and other projects slotted in between.

How do you guys operate in the studio? Who does what and what is the dynamic like?

RW: The Spektre studio is at Paul’s house in Sheffield so I make the commute from Leeds three times a week to maximise our time in the studio. Paul has always been the more technical out of the two of us and he comes from an engineering background so he is usually at the controls. We sometimes start ideas independently and then work on them together but all of the finalising and finishing is done together in the studio.

PM: A good example of that is “What Once Was Lost” from the new album; Rich started a little sketch with the chanty vocal, which we then worked on together at mine.

Fans have been waiting for a new album for quite a number of years now. Why the wait?

PM: We made a conscious decision after “Cyclic Operations” to concentrate on singles and EPs for a while, as there were a number of labels who we wanted to work with, but after a few big releases we felt the time was right to work on a new long player.

RW: Yeah, it started to develop organically when we finished a few ideas that felt like they would make natural album tracks. In this case it was “Mortal Coil” – we knew it wasn’t right as a single or an EP track, which then sparked the conversation about doing another album.

I am sure you had a lot of tracks to select from when deciding which to include. What was the decision process guided by?

RW: At the beginning of the album-making process we decided the best course of action was to just write lots of music without any plan or preconception, which led to a really creative few months where we amassed a multitude of tracks and sketches. It wasn’t long before we discussed the possibility of releasing the album on Kraftek which meant we then whittled and refined the pile of raw material into a finished work that represents both our own identity and the aesthetic of the label.

What are you trying to communicate with this specific album?

PM: It’s not a concept album, so there’s no inherent message as such, but we did focus on the notion of the album being a reflection of our earliest musical influences. As such, there are fragments of trance, hardcore and prog in there alongside the contemporary elements.

Is it meant to be a home listening type of album, or are these dance floor ready tracks?

PM: It’s a blend of the two really. We didn’t want to go super leftfield and make something that would alienate our dancefloor fans, but equally wanted to explore the sides of our sound that we don’t normally get the opportunity to.

RW: Agreed, for me this feels like a more balanced album where it satisfies both the home-listening box as well as having 3/4 dancefloor ready tracks that really demonstrate what Spektre is all about. The album has been sequenced and arranged to work as a home listen primarily, but the extended mixes will also be available to DJs.

How has the response to the tracks been when you’ve played them out?

PM: We’ve been testing and tweaking the clubbier tracks in our sets for a while, and they definitely do the damage! We’ve been inundated with people asking for IDs on a couple of the tracks that have crept onto social media/mixes too, so that’s always a good sign.

The album is out on Pleasurekraft’s Kraftek imprint. Why is it the ideal home for it in your eyes versus say, releasing on your own label?

PM: After having three really successful releases with Kraftek, culminating with “Thinking About You” back in spring, it was a logical step to consider doing the album with them, as we share a very similar outlook and enjoy working together. It made the process a little more collaborative than it would have been had we released it on Respekt, but the finished article is stronger as a result.

Will you be touring to promote the album?

RW: As well as showcasing the album material in our regular touring schedule we are excited to be embarking on a special month-long Kraftek UK tour alongside Pleasurekraft in February. This will be directly after the album is released in January and we can’t wait to get on the road to some of the UK’s finest venues.

Do you think fans will have to wait a long time for the next album?

PM: We are not even THINKING about another one yet, haha!

I saw your live show is starting to take shape, according to a social media post of yours. How different will it be to you DJ sets?

PM: We’re still in the development phase at the moment, but it will be 100% Spektre material, with quite a lot of variation from the recorded versions. Lots of live manipulation of our catalogue, and plenty of unheard stuff too.

What kind of equipment will be a part of the set-up?

PM: It will be centered around Ableton Live, but with a lot of the software stuff we’ve used in the studio piped out to bits of outboard. The current version features a Korg Minilogue XD, a Pro-One, a Pioneer DJS1000 and a couple of FX and controllers.

So… 2020 is shaping up to be a big year. What else is in store for you guys that you can share with us?

RW: The diary is already filling up with many exciting club gigs, as well as some festival’s we’ve always wanted to play over the summer, so it looks set to be a great year already!