In Interview with Sophia Saze 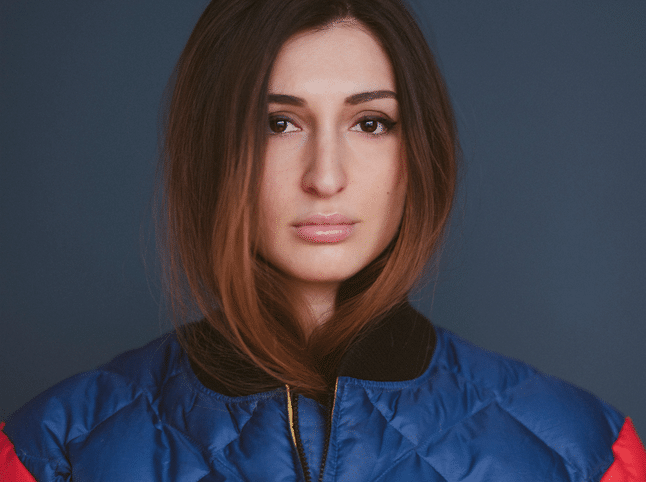 In Interview with Sophia Saze

Getting to know this artist, it is easy to understand that she comes from a solid and natural musical foundation. Tbilisi, Georgia born and internationally bred, she’s now based in Brooklyn, New York. DJing and producing for 8 years, Saze launched her record label Dusk & Haze in 2017, with the first installment coming in the form of her own ‘Solace’ EP [D&H001], which included remixes from Benjamin Damage & Umwelt. The productions stem from techno, yet her musical versatility draws from a variety of genre influences, ranging electro to krautrock, ambient to industrial, acid to garage, showing her complete range and fluidity as a musician. 2017 also saw Sophia being signed to renowned label Get Physical where her track ‘Fall’ appears on their Words Don’t Come Easy Compilation [GPMCD112], showcasing a more soulful downtempo side of the producer. These two fresh releases have gained attention in the print versions of both DJ Mag, Groove-Magazin, & MixMag, as well as two airplays on BBC Radio 1 & NTS Radio, amongst many others.

Equally as much as she is a producer, she’s also a DJ. Sophia Saze shapes the records she chooses for her sets into a carefully sculpted and characteristic groove. Keeping the journey on the border of house and techno, including electro and more spaced-out broken beat moments, she keeps the beat, the floor, and the dancers intact, always heading forward. Sophia is currently between her studio, touring schedule, and working on a new live show, with forthcoming releases including a remix on esteemed imprint Ghostly International (July 13), whilst she will also display her innate ability as an A&R as she welcomes SDX to Dusk & Haze to deliver the second release on the imprint this summer.

We catch up with Sophia Saze as she readies to close out her year with gigs in San Francisco, alongside Takaaki Itoh, as well as Esquivel in Tijuana and Hardpop in Juarez, Mexico, before she flies out to Europe for a Tresor Berlin performance on January 4th alongside Ansome, Ayarcana, Keepsakes and Ossian.

Hi Sophia, thank you for taking the time to talk to us. How have you been this summer?

Productive, travelled quite frequently, and made strides in the studio as well.

This has been a very busy 2018 for you, would you say your busiest year yet?

Probably… and I plan to work even harder next year. I’m just glad to have managed time between studio, touring, and running my record label.

What do you think changed, in you and your work, for this change to happen?

Nothing changed really, I’ve been carving away at this for a very long time. I just think people started paying attention. Validation doesn’t entice me anyway, so it doesn’t really matter if things around me change as long as my skills are bettering. With that said, I’ve certainly shed my fair share of sweat and tears. It hasn’t been an easy road, I guess challenges excite me.

One thing I noticed is this year you’ve put out some incredible mixes on massive outlets such as HATE and RYC. How did it feel to be tapped for those and what’s your opinion on how such mixes help artists gain exposure?

I thoroughly enjoyed recording those mixes and feel honored to have had the opportunities. Moreover, it made me really happy to include music from friends and unknown talent that’s deserving to be heard. Not to disclaim DJ culture in any way, but there are so many incredible tracks that never see the light of day & I think it’s essential to use significant mixes as a way of exposing producers investing countless hours in creating the content DJs need to survive.

You were born in Tbilisi, Georgia, but are now based in NYC. Do you feel more Georgian or American influenced as a person?

Actually, I grew up all over the world. My parents were political refugees. Not many people know the details of my upbringing, I lived in 5 countries and 8 cities. I’d say my background is more international than anything else. It’s hard to explain in words the feeling that resonates from constant displacement. For lack of better terms, all experiences shaped me and no single place defines me in entirety. People are more than just a thread of where they come from.

How about as an artist?

Creatively, it’s instilled a strong sense of nostalgia which deeply trickled into all my productions. Most of my music is in minors, I can’t seem to bounce into a happier headspace.

Tbilisi went through some turmoil in our industry this year, how did you live through that?

I prefer not to shift focus from music in interviews and truthfully, politics isn’t my forte. I love my country with an intensely heated passion, but there are people who were physically present and actively fighting through that turmoil who are more worthy of speaking to this topic.

We got to meet in Japan, where you played a gig this summer on top of one in South Korea. How was that mini-tour experience in Asia?

After New York, Tokyo is my favorite place in the world. That tour was completely mind-altering for me and the inspirational trigger for my upcoming album. It ingrained a particular wisdom which demands more worth than any written description could ever amount to. The people there were probably the biggest reason and in particular, Kuniyuki Takahashi. His musical philosophy is like none other. I have an unparalleled respect for Japan. I’ll have to end my answer there, it strikes a tearful chord in the deepest crevices of my mind just thinking about it.

Can you walk us through a weekday in the life of Sophia Saze?

I’m a complete hermit who caves away in my studio almost most days. There’s really nothing exciting to tell you about my workdays, I thrive in cozy environments and there’s no place like home.

What’s your favorite venue in NYC?

Honestly, I’m overwhelmed by the absurd amount of venues in this city right now but to answer the question, Nowadays. I prefer warmer spaces and it’s the place that feels most inviting.

What’s next for Sophia Saze? Any exciting stuff on the horizon you can share with us?

I just finished my first album which will be released early next year, as well as a live show that’s been in the works. I’m also about to do a few tours between now stretching into 2019, including San Francisco on 21st – EVENT.

Where do you see yourself in 5 years?

No idea where life will take me, but one thing’s for sure – I’ll be producing more music.