In Interview with Sizeup 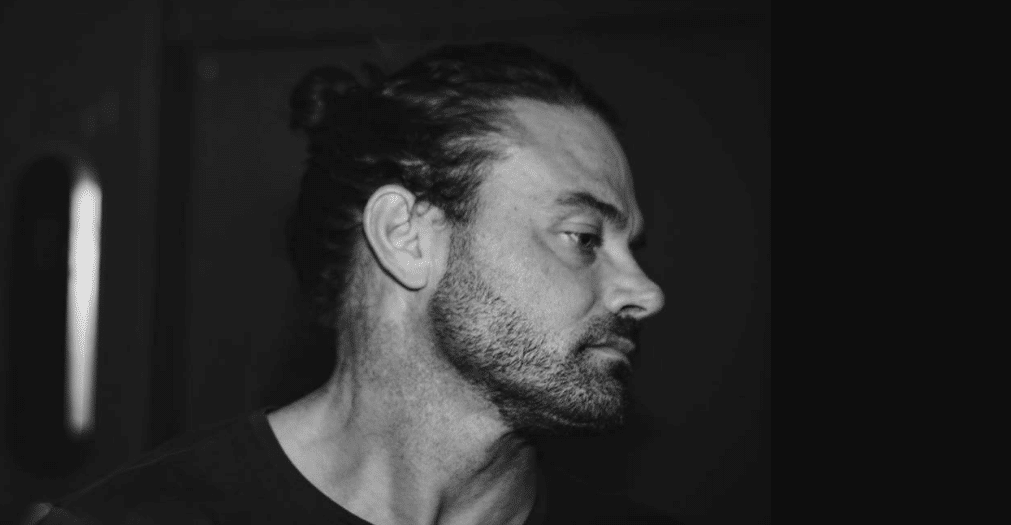 In Interview with Sizeup

In a bid to put York on the musical map, northern producer and DJ, Sizeup, served up some tasty peaktime goodness with his debut on Hot Creations titled Perplexer, out today!

When making the EP, Sizeup explains that he wanted to create three tracks that were individual and different from one another. He “wanted a track with impact, something groovy, and something to sit nicely in the middle of the two, which would work peak time, or early on in a set”.

Sizeup, the alias of Jamie Burley, has had a passion for electronic music from a young age, hauling a bag of vinyl to his school discos with choice wax from legendary producers including Frankie Knuckles, Kevin Saunderson and Todd Terry.

We took the opportunity to talk to him about this fervent passion that continues to burn within him right through to this day.

Hi Jamie, Happy New Year! Where did you spend NYE?

Hi guys, and a very Happy New Year to you all. I was playing down at Mint Club in Leeds for the last ever NYE party alongside Michael Bibi, Mason Maynard, Kreature to name a few. The club has been closed down permanently for redevelopment in the next coming months which is such a shame.

You recently debuted on Hot Creations, congrats! How was that milestone for you as a producer?

I think for any producer/DJ to be part of such a big label like Hot Creations is a huge privilege which most people dream of having, it’s given me a boost in confidence to carry on making the music I love to play and not to follow current trends.

How did that come about by the way, getting your music to the right ears at the label and ultimately approved for release?

It all started off around 3 years or so when Jamie Jones message me on Facebook asking for a track of mine called “Pie Bass.” I thought to myself, “My music must be decent if he’s asking me for a track, it’s usually people firing tracks at him!” So from that day I just kept sending him music I thought would suit his sound and ultimately Hot Creations.

Then in summer of 2018 I sent him 3 tracks which I’d made over a few months. A few weeks later Jamie emails me asking if they still available to sign, I said “Yes take them!”

You’ve been passionate about electronic music since you were very young. How did that come about?

My cousin. She was older than me and used to buy every “House Sound of Chicago’’ album along with various other acid house and Detroit techno vinyl. When she used to go out I’d be spinning them on her single JVC deck with added tape-to-tape so I spent hours recording all the albums she’d bought which was highly addictive !

Who were some of the first producers/DJs you listened to?

I think Frankie Knuckles, Adonis Smith, Reese & Santonio, A Guy Called Gerald, and Todd Terry stood out around that time for me.

What was the first vinyl you ever purchased?

That’s an easy one, my mum actually bought it for me on 12’’  “House Nation’’ by The House Master Boyz… I still hear this track get played!

How about the last one?

Do you have a favorite record in your collection?

I have a rare acetate press of ‘’LFO’’ with an unreleased B-side which I bought from Hard To Find Records for £100 back in 2002. I recently saw Resident Advisor list some rare vinyl presses and that was among them, so quite chuffed I made that purchase.

Looking back to 2018, what were some of the highlights for you’re as a producer/DJ?

Playing for my good friend Ashley aka Kreature. hHe did a charity event in Leeds with Abode last November at Mint Warehouse to raise money to build a music school for students in Uganda. I love doing things for a good cause, it was a emotional event and he smashed the anticipated target.

How about personally, what were some of your favorite moments of last year?

Standing in DC-10 last summer listening to Jamie Jones’s set when he dropped ‘‘Perplexer’’ for the first time. I just remember that crowd reaction!

What was the best set you heard last year?

Enzo Siragusa at Fuse’s 10th Birthday, there’s just lot’s of cool unreleased music on there I’d like to get my hand on.

Who or what inspires you in the studio these days?

I try be a bit different when it comes to making music and at the moment I’m making more of a cross over sound, taking elements I love from from various genres of house and giving it energy and drive throughout the track, skippy drums, killer basslines and lots of percussion avoiding long winded breakdowns, I think these days keep the dance floor moving is the key.

Looking ahead to 2019, can you share some of the work you have coming out?

Well I’ve got plenty of completed music ready to go, lots unfinished ha! I can tell you I have a Hottrax release coming out at some point code-named ‘’November,’’ so watch this space!

Is there another label you’d really like to release on some day?

Oh yes Cuttin Headz, Desolat and Fuse would be fantastic!

What are your goals in the next few year?

Some cool gigs abroad would be nice and another big release on Hot Creations would nail it for me!