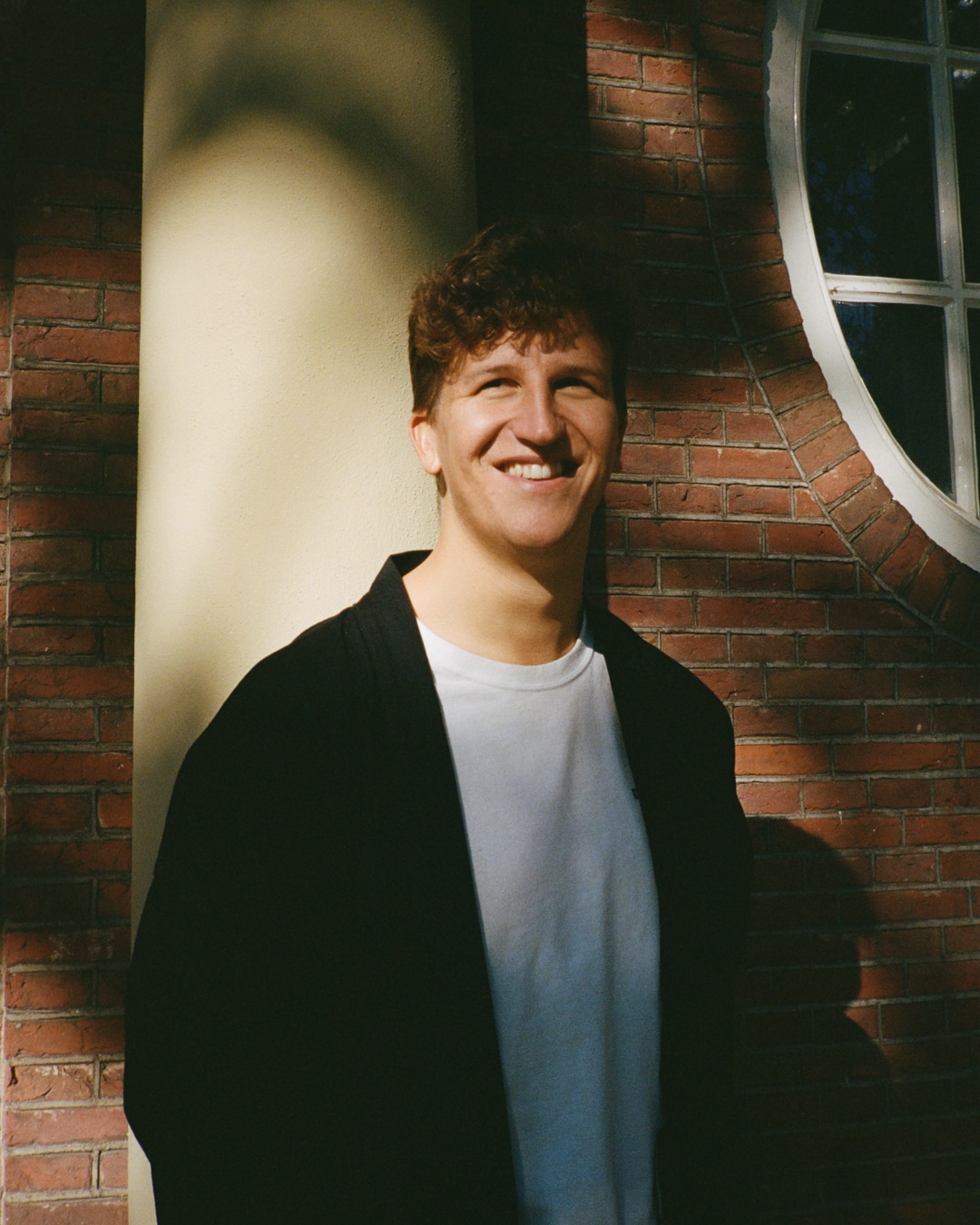 Rose Ringed returns with a new ultra-high energy, upbeat EP on his imprint Closed Eyes Recordings, but this time packing a more spiritual punch. Broken Belief will dance your feet bare and have your hands in the air, while brilliantly examining the conflict of free will with religious belief.

Have faith – the Amsterdammer multi-instrumentalist DJ/producer can do it, while adding a few extra zeros-worth of new disciples to his massive streaming stats. The 3 tracks chart the struggle between the sacred and the secular, using not only his signature genre-busting, hyperspeed euphoric style, but also the powerful sounds of choral vocals and thunderous organ notes.

We chatted with him around this new release.

Hey Rose Ringed, congrats on your new release ‘Broken Belief’, out now on your own Closed Eyes Recordings imprint. You often have some really interesting inspiration and meaning behind your releases, what’s the story around this one?

Every EP I try to dive into a new fascination I have. This time I explored one of my biggest: Religious beliefs. Over the past millennia, religion has formed the backbone of society; it gave purpose and control over the masses. In recent Western societies, religion’s popularity seems to decline, yet people are still looking for a higher purpose to fulfil their lives. The spiritual emptiness doesn’t seem to go in the right direction. Rational thinking and science haven’t been able to explain everything so far. So even though we think we came so much further, we sell don’t know anything about our origins.

For this EP I tried to capture the ‘power’ of this belief. In ‘Lost Religion’ it tells a story of a man who steps away from his beliefs, in ‘Leap of Faith’ he starts to form and follow new beliefs and in ‘Where Have You Been’ he finds his new beliefs.

You’ve broken onto the scene with a bit of a bang and had support from the likes of Kolsch. Can you tell us what a couple of your game-changing career moments have been that have led to where you are now?

The first one like you mentioned, Kolsch played one of my earliest tracks named: ‘In your arms again’ on his BBC Radio 1 residency back in 2017. (hTps://www.bbc.co.uk/ programmes/b08p5zpz). Although I thought this would make my career boom (quite naive haha) it gave me the confidence that I had enough skill to produce at a level that a legend like Rune actually likes the track.

The second one was very recent, at a party I played named La Reve. It was my first good gig after this long period of Covid. I had the honour to play the final set time before Dutch techno legend Joris Voorn closed the stage. I finished 9 unreleased songs to test out there. After warming my set up a bit I played ‘Lost Religion’ and couldn’t hold my excitement when the crowd reacted on the big drop after the breakdown, it went perfectly! After that I decided to play all of my unreleased tracks, which went so well, you can tell my enthusiasm in the videos I posted on my Instagram. I wasn’t aware of anything else than the music and the crowd, and fist pumped throughout every drop.

We love your Reels with you jamming in the studio. Can you tell us a bit about the tech behind the lead track on this one, what gear did you use?

Thank you! For ‘Lost Religion’ I started out with these chords I played through a big Gregorian choir sound I recently bought. I was so inspired by these intriguing voices that I immediately started jamming on my rev 2 until I found this very nice lead synth that had a very vibrant character to it. I quickly made the arrangement by live arranging and using my Analog Rytm MkII for drums. The track was very nice but missed some storyline for the break. I took the choir sample bank again and tried out these awesome ‘Random Syllables’ in there, when I started to play these on my keyboard magic just happened. I played a solo, did not even quantize it, and as you can hear the randomized syllables sound so magical. It gave me goosebumps and to me is the most special part of a track I ever did.

If you could only use 3 bits of hardware for creating music for the next year… which pieces would you pick?

Woah, hard one but I would have to pick the Rev 2 for its amazing pads, the Analog Rytm MkII for its amazing drums and the Sequential Pro 3 for its glorious mono sounds.
You’re based in Amsterdam, we love it over there! What are your favourite things about living in the city? Also give us a couple of your top spots for coffee, music, record hunting…
Love my city so much, the good thing is that it isn’t that big. You can cycle to all important places in town within 20-30 minutes. Also, it’s just so beautiful with all the canal houses and water. I love cities that are surrounded by a lot of water and nature and Amsterdam has both.

My favourite coffee place here (and in the world) is named TOKI, I even moved to a place around that neighbourhood because of this coffee place haha. Also my favourite sandwich shop named ‘Small World Catering’ is just around the corner.

For record hunting I’d have to pick the beloved Rush Hour, I just have to force myself to go there with a strict budget otherwise I would end up bankrupt within no time.

It’s been a strange year to say the least, but what positive things do you think have happened for the music scene in amidst all the craziness?

I think one of the most beautiful things about all of this is the amount of time everyone has had to reflect on themselves and their lives. Also, we had way more time to spend with our loved ones. All of this leads to a calmer and healthier mind in the studio. To me, inspiration as a producer flows easier when my life is happy and I live healthy. The pause we experienced made everyone in music calm down a bit which will lead to better music. Also people tend to forget that emotional times like these are – if looked upon in hindsight – actually very inspiring and full of learning.

What’s next for Rose Ringed? And what do you hope to achieve in 2022?

If it all goes as planned I will put out my first Album in 2022, fingers are crossed though since I’m not rushing it, it has to be perfect. Also, I hope to play many more gigs in 2022 and hope to see the scene get alive and kicking again. I just signed with an amazing new booker named Making Patterns and if everything goes according to plan, 2022 will be amazing!

Rose Ringed ‘Broken Belief’ is out now on his Closed Eyes Recordings imprint. Get it HERE.