Blog - Latest News
You are here: Home / 6AM Interviews / In Interview with Reduce Records’ Ben Vedren and Leiris

The new Reduce Records release from Ben Vedren comes with a classy Leiris Remix. Two groover for all minimal techno lovers, courtesy of two French producers whose minimal sound has been long influenced by some of the greatest in the genre.

We caught up with both to discuss the release, their collaborative spirit and their journey launching Reduce Records.

Hi Ben and Leiris, it is great to have you guys on board, Reduce Records in the house. How did you guys start your collaboration?

Ben: We met 10 years ago at my Ableton classes in Paris. Patrice was my student and we connected immediately.

Pat: I remember when we met we wanted to have a more special context before our first studio session. We decided to go to an exhibition by David La Chapelle and get inspired by what we have shared. The connection was immediate and strong.

What is your favourite festival moment?

Ben: I remember when we went together to Time Warp, think it was the 15-anniversary edition and being stunned by Richie Hawtin’s set, who was closing the festival. It was music from another world, and he was mastering the way he put some silent moments in his set which was very powerful and fascinating to me. This moment has been a big inspiration for our project.

Patrice: Same as Ben as we were together and yes Richie Hawtin was magistral!!

What is your favourite club to dance or play?

Ben: I have to say that Concrete would be my favorite. Been resident there from almost the beginning, and I saw how it changed the game for the French scene. As an artist, the fact that the public is quite young generation is giving me a lot of energy and also the openness of youth people is great because it allows you to explore new musical territories together.

Patrice: My favourite club is definitely Club der Visionaere/Hoppetosse. It is really unique to play there. For dancing, Panorama Bar/Berghain. Even if I don’t go so often now it is still the best to feel the music and dance.

Can you name one song that you think represents/reminds you of the other?

When did you realise you wanted to start, Reduce Records and what is your idea behind it?

Ben: I think we knew it from the beginning without noticing it. After some time making music together, we became aware that our musical interconnection was full of promises and needed its own platform, so we decided to build Reduce.

Pat: On Reduce Records one of each other is always involved in every EP. It can be Monkey Nenufar (our duo project), Ben, myself and all the collaboration we make with other friends with a total freedom.

Reduce Records will be soon available also on digital with Reduce 001 & 002. What brings you to this decision?

Ben: About the digital, we want most people to be able to have access to the music released. I’ve been many times to play in Tunisia for example; and there, they only have access to music via the internet. It is the case in many parts of the world.

Can you enlighten us with anymore Reduce news coming in the near future?

Patrice: We are releasing Reduce 003 this summer: In Harmony Ep by Ben Vedren. It is a track from Ben that I always really loved where he expresses at his best his minimalistic hypnotic side and surprises you with this beautiful trippy theme inspired by his collaboration with Akira Sunrise. It is also the very first track I remixed from him and you will find it on the B-side: “In Harmony” (Leiris Remix).

Reduce 004 will be a solo release from me by the end of this year. Several project with friends and artiste we love, like Akira Sunrise, Aline Raphael, Akatana are in process. 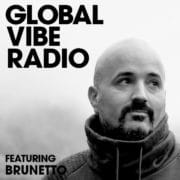 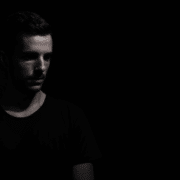 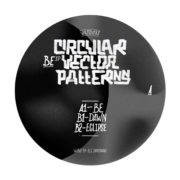 Interview with Markus Schulz: History with Ministry of Sound and Trance Nation 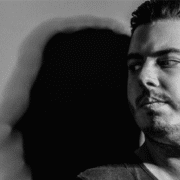 Life Outside the Studio with Wehbba