In interview with Rasmus Faber 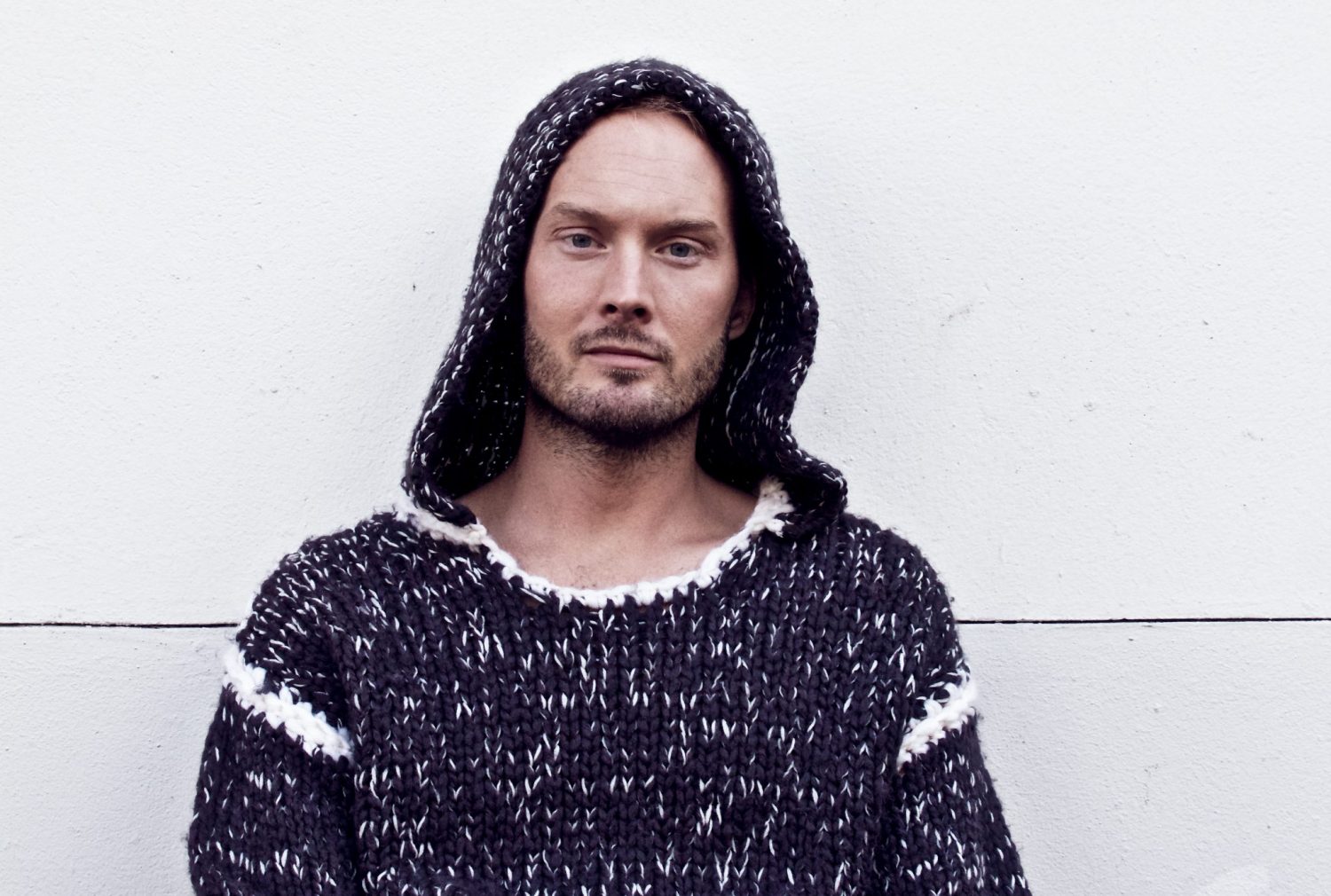 In interview with Rasmus Faber

Swedish producer, pianist, DJ and all-round multi-talented musician Rasmus Faber has certainly earned his place alongside electronic dance music’s elite with a plethora of wonderful releases over the past 20 years.

As he releases his highly anticipated 3rd artist album Two Left Feet this summer, 6AM grabbed a chat!

Hi Rasmus, it’s a pleasure to chat with you today, how is 2019 treating you so far?

It’s treating me to some very good fun, albeit not too gently!

I have actually already met my year goal by finishing my album, but there is always a new goal or a dream around the corner. I want to make more original albums now, I’ve kind of got a taste for it!

I’ve been shifting sounds quite a bit over the years. From Latin House way back in the day, then I went through a Soulful House phase, a bit more commercial vibe, a kind Japan-inspired dance phase. And now it looks like I have landed (probably temporarily) in a very organic sound with lots of live instrumentation, a kind of soft, open sound that sits somewhere between Deep, Soulful, Afro and some weird place I can’t quite describe. What all my works have in common I guess is that I have a musical background as a jazz pianist, which tends to make my stuff quite full of chords and rather rich in information.

What first turned you on to DJing and producing?

I started as a musician when I was very young, then turned to producing when I wanted to create my own songs, then to dance music specifically after a phase of club going in my late teens, and then finally I started DJing around age 24, when I had already released quite a lot of music and people started asking me to play. At one point I just took the plunge!

You achieved success with your now classic singles ‘Get Over Here’ and ‘Ever After’ quite early on, did you anticipate your music would have such a huge impact and what pearls of wisdom have you got that you can share with new producers just starting out?

I didn’t anticipate all that much, to be honest. For better or worse, young people often have a quite vague idea of what success and success rates look like. I think especially back when I released those tunes, because there wasn’t this constant metric of streams, followers, etc, allowing you to experience success in real time. I think I didn’t really understand how popular the tracks were until maybe a year or two after their release. Young people are coming into a world that is very very different. All the information is readily available, everyone can hear everything at the same time. You can release music independently, etc and in a way it is quite liberating. My advice to young producers is the same thought: Put in the hours. Put your head down and work hard. Don’t get sidetracked by other things (of which there are a lot these days). You get good by honing your craft, that fact seems to never get old.

You’ve just released your wonderful 3rd artist album ’Two Left Feet’ on your own Farplane label, what can you tell us about the release?

Thank you! It’s actually my first album in quite a number of years. I feel like its the sequel to my first artist album called ‘Where We Belong’ released in 2009, which was a quite chilled album, just like my new one. ’Two Left Feet’ is even more organic though, I’ve used almost no programmed elements and most of the album is recorded live.

In recent years your sound has been a lot more commercial with hits such as ‘Be Real’ and ‘Indian Summer’. Yet the album sees you going back to your house music roots, but in a kind of earthy, acoustic way, was this a conscious decision or did it just happen organically?

Why I’ve been changing styles a lot is one of the things I’ve been contemplating the most. In a way, I guess most producers follow currents to some extent. But I always seemed to be allured when I hear new sounds that I find exciting. I have dabbled in even more styles, the results of which, thankfully, have never seen the day. I think for this album I made a choice to go easier on myself, and focus on what I felt is my strong points. I had recently worked on an anime score (a beach volleyball-themed anime called Harukana Receieve), where I made a score which was full of live instrumentation and I realised that throughout the years I’ve really felt at home with acoustic instruments which are played in the room and using microphones to pick them up. Also, I bought a new grand piano at the end of last year, so with that and the Marimba in place, things just started falling into place.

You have worked with a lot of different artists on the album including vocalists Magic Woman, Maia Hirasawa, Renae Rain, Sara Steele, Marter, Alexandra Prince and Frida Öhrn. How long did the project take to put together and how did you go about selecting the artists you worked with?

Most of these vocals were written before I had the album sound nailed actually, so they’re written on top of very different tracks. I think I surprised all the singers when I sent them the final results, but they seem to have been happily surprised, so that’s good! So its been in the making for a few years, but very sparsely. It was only really this year that I started working on it more intensely. I guess it took a couple of months after that maybe.

What was the most challenging song to make?

Well, since I had nailed the process I didn’t feel too challenged while making the album now. But one song has a unique story and was altogether very difficult, the song called Diary. Around 2006 I was really lost musically and searched for a new direction. For a brief moment, I thought I would sing myself. I wrote some songs and tried it out, but being very disappointed with the result it kind of plunged me deeper down into a creative block. It didn’t help that the lyrics of that song are totally a true story, so you could say my relationship status wasn’t the greatest either. Those songs have stayed on my hard drive, and sometimes remind me to stay on track. But through a chance encounter with a Japanese singer I really like, named Marter, I suddenly realised I had found the perfect voice for it. It was a little bit strange but satisfying feeling to finally finish that song some 13 years later!!

You play so many instruments including the Marimba, which features a lot throughout the album, was it a difficult instrument to learn?

I’m certainly not a real Marimba player by any stretch, but Marimba has the bars laid out same as a piano key (piano being my main instrument), so it’s kind of easy to just play basic stuff. But the pros are on a level I can only dream of.

You’ve toured extensively as a DJ, but also with your Rafa Orchestra band in Japan, where is your favourite place to play in the world and where would you most love to play in the future?

I’ve had so many amazing experiences in countries in South East Asia; Indonesia, Philippines, Thailand, Singapore, etc. And of course Japan, which has become a kind of second home and given me so many amazing experiences over the years. There are still places I’ve never visited to perform though, namely the whole of South America. I would love to visit Brazil, Cuba, if only for the fact that Brazilian and Cuban music influences my own music a lot, so I should go there just to pay my homage really.

How do solo gigs compare to touring with a full orchestra and which do you prefer?

They are really nice in their own way. Solo gigs are quite convenient in a way and let you really focus on energy. Touring with a full orchestra is a much higher stakes game. Lots of things can go wrong, but after a successful show, the rewards can be huge.

Your own discography is pretty huge, have you got a favourite release or remix?

That tends to change a bit with time, and I sometimes go back to productions and rediscover them. One song that comes to mind right now is ‘Demanda’, which marks the end (and perhaps peak) of my Latin House phase. I’m also really proud of ‘Indian Summer’, which I did together with singer Frida Sundemo. I had a dabble in more commercial sounds as you say, with mixed results I now feel. But that song I think managed to harness the energy of the EDM boom while staying true to my musical ideals.

It’s difficult to name just one, but when I was starting out it was in the intersection between 2-Step, which I really liked (Artful Dodger, MJ Cole) then moving more towards the soulful house spectrum, with Blaze, MAW etc. Early Kaskade and Mambana (aka Axwell) was also influential, as was the whole Soulfuric Records movement.

Currently, I change favourites like I change clothes, I guess because of I kind of traverse the musical landscape a lot in the sense of either track to play or listening to new production techniques, etc. Right now I like SG Lewis, Giraffage, Cosmo’s Midnight, I dig that whole Electronic Soul movement. You mentioned ’Be Real’, which was released on the Majestic Casual label, they’re great at spotting new producer talent. On the house side, I’ve been digging Crackazat for a long time, and also Icarus, Just Kiddin, Cassian. None of those sounds particularly like myself. That always seems to have been the case with me, I’m always most impressed by producers who can do something I can’t.

Well, I’ve gotten into the groove of making albums now, so I think you can expect some more of that!