In Interview with Prospa: Rave Culture, The “New Normal” & Their BRONSON Remix 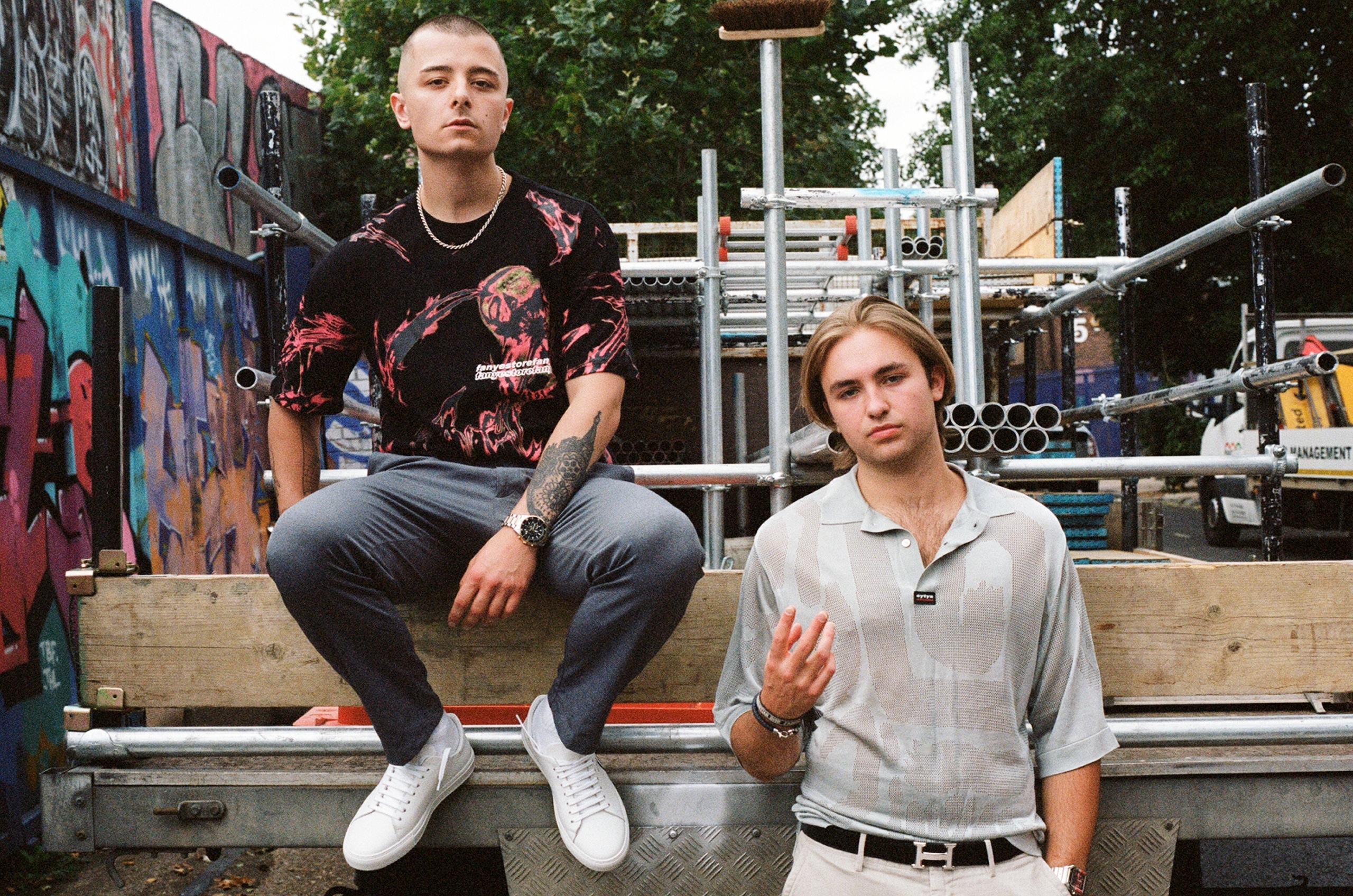 In Interview with Prospa: Rave Culture, The “New Normal” & Their BRONSON Remix

Prospa begin their year with a brand new milestone: their first release on Ninja Tune, who tapped them for BRONSON remix duties. Their take on “KNOW ME,” just released, shows off their range; rather than infusing their signature, euphoric “rave” sound into it, Prospa go down a darker path, distoriting Gallant’s vocals and planting them into a gritty foundation with buzzing bass and off kilter percussion. It becomes clear that no matter what direction they take their music in, we can count on quality.

Re-launching an iconic record label is an intimidating task for any artist; especially when they’ve only had a few releases under their belt as was the exact circumstance for 20-year-old duo Prospa with Stress Records. The resulting “Prayer” became an instant hit on a global scale, earning accolades from Pete Tong, Annie Mac, Danny Howard, and numerous high profile producers around them. They’ve only continued to ascend since then.

The outfit’s introduction to the Ninja Tune fold builds on a solid year of growth, despite the enduring hardship wrought by pandemic. On top of growing their label Rave Science, the two have taken its eponymous event concept to the digital space in a new and unique way with their Virtual Warehouse—an immersive, 360° live stream experience hosted on their YouTube. Their 2020 was additionally pumped with new hits, like “Feel It 92” and “The Thrill,” on top of their entrance into the Domino fold via remixing Georgia’s “Let You Go.”

Ahead of their BRONSON remix arrival, we caught up with Prospa on their swift success, adapting to the “new normal,” plans for their label, and what rave culture means to them.

Starting off with the obvious… you are about to make your Prospa Ninja Tune debut with a BRONSON remix! Big look. Can you talk about your approach to this remix? It feels like you took your experimentalism up a notch for it.

Sure! Well honestly we always forget that everyone else hasn’t heard the true scope of what our musical output is. We have around 14 tracks awaiting release and they dip into all the various electronic music genres that influence us.

We’re glad to be able to showcase just some of what we can do with this remix. As soon as we were asked to do the remix for BRONSON we were really into the idea and it honestly was a very seamless process.

The original track is amazing and we just wanted to take it down a slightly darker path. Our approach with 99 percent of our remix work is that we essentially build a whole new track just taking some vocal elements or synth lines, something that ties the tune back to the original version. We really like to go to town and make something completely fresh and new. We were both absolutely buzzing with how the drums and bass sounds came out in the final version of this.

Do you feel like lockdown and the advent of live streaming has impacted your sound in any way, or inspired you to try out new styles? Please share if so.

It becomes harder to visualise how the tune would react or whether certain sections will work.
As a result we’ve found ourselves in various folk Instrument stores in London walking away with Greek Bouzoukis and a Chinese Guzheng. We’ve been inspired by these sounds and incorporating real traditional instruments into some more downtempo pieces.

On that note, very keen to dive into your ventures in VR. Tell us first about the idea to create a virtual warehouse for Rave Science, and how you came to partner with Petter Scholander and Polydor for the project. What made them the best to execute your vision?

So at a time when it was a necessity to get involved in live streaming, we wanted to attempt to make a more unique experience for our fans and something that would be more memorable than just a camera on us in our dressing gowns, DJing at home.

The idea was our attempt at making something that truly enabled anyone who tuned in to zone out of the mundaneness of lockdown. Petter was suggested by someone at our label – he understood our vision and as soon as we saw his ideas for the warehouse; it was instantly breathtaking to us and we knew we had to get him on board with our Virtual Warehouse Rave!

Did you have a fair say in the creative direction of the virtual warehouse? What ideas did you have for it that you were able to implement during the shows?

Yeah we developed the idea from the start. Of course, we know nothing about graphic design so much of the setting was based on trial and error from Petter and our suggestions.

In the more recent Virtual Warehouse we had the idea of incorporating elements of our music video for ‘The Thrill’ in certain shining neon stickers that were also found stuck on the spaceship in that video.

When gigs return, do you see at-home live streaming and VR parties retaining their stake in the industry? Why or why not?

Yeah we hope so. It will of course take a hit in favour of the likely boom in people going out to clubs again, but they proved to be an interesting and fun way of retaining a connection with your audience. We’d love to see a huge increase in club nights being streamed for those who couldn’t make it around the world.

Let’s shift gears to Rave Science. What are your plans for the label in the next couple of years? And who are three artists you’d dream of signing to it one day?

Our plan at the moment is to continue to release our own music through Rave Science. We want to continue to build up a strong name for the label. We have already thrown our own parties but we want to make this a regular mainstay. Rave Science is not at all limited to ‘Rave’ music. It can also mean Rave in its more general sense and the ‘science’ represents the multitude of genres that make up what we classify as “Rave”.

So the sound of the label is very open ended. Of course we have a huge passion for 90s UK Rave sounds but we want to make sure people know it’s not limited to this. We want to build Rave Science into a name and event that people can flock to with full confidence that they are going to have the night of their lives.

WIth regards to signing dream artists… honestly for us it’s more about discovering new talent. There are so many amazing producers out there that deserve the light being shined on them. If we are able to make a real impact in changing people’s careers and lives that would be another dream come true.

Rave Science ties into your overall vision of creating your own “culture” outside the status quo of underground vs tech house. In more detail, what does the “Prospa culture” look like for you and what makes it unique?

The ‘Prospa culture’ for us is exactly as you said: ‘outside’ the current status quo. We don’t care if you like tech house on Tuesday and techno on Wednesday, or neither on any day of the week! We simply want to encourage more variation in people’s musical palette. You don’t have to exclusively like underground records and shun tunes that have a ‘bigger’ sound and vice-versa.

The acts that we aspire to be catered for both sides. The ‘Prospa culture’ for us is everyone going nuts at the show in the mosh pit and 5 minutes later singing their hearts out. We think it’s unique as we don’t see too many people trying to do that! the legends of dance music are still at it though.

How have you gone about manifesting the Prospa community/culture thus far, and how else have you continued to build it as lockdowns have continued?

It manifests through the success of our music and label. So every step we take in advancing this will help to bring our ethos to the forefront. Although we have also started to upload short live electronic performances to our Instagram, to give people a taster of what our future holds!

Big up to the BRONSON lads for getting us on the remix! and stay tuned for the future of Rave Science, including our new EP out in February!