In Interview with POPOF 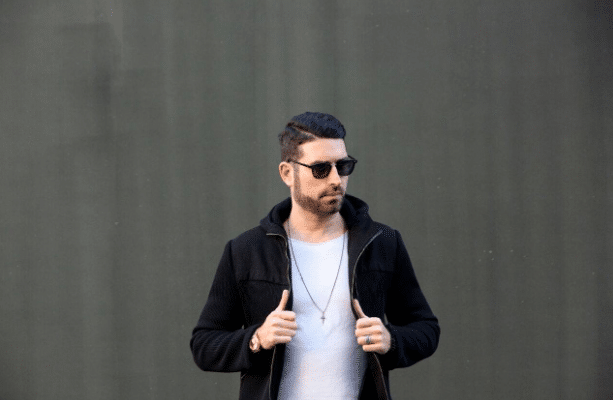 In Interview with POPOF

FORM Music head honcho and French DJ/producer POPOF starts 2019 as he means to go on, with the release of his long-awaited debut EP on Kaluki Musik now available on Beatport.

Out now via the esteemed Manchester-based imprint, the two-track Kronic EP is yet another masterclass in immersive, energetic soundscapes from an expert producer at the very top of his game.

POPOF’s Kronic EP follows on from a prolific 2018, which saw him release music on the likes of Nicole Moudaber’s MOOD, Pig&Dan’s Elevate, Adam Beyer’s Truesoul and Stefano Noferini’s Deeperfect.

But that’s not all for POPOF’s start of the year. Following the much-lauded release of his Reformers VA extended player in 2017, the Frenchman has now released the second instalment of the critically acclaimed vinyl-only series – Reformers Vol. 2. The vinyl-only package features four of the heaviest cuts released on FORM Music over the course of 2018, and is available for pre-order here.

With such an explosive start to 2019 it seemed fitting for 6AM to grab a quick chat with the man-of-the-monent to discuss his recent releases and what lays ahead of him for the rest of the year.

Hey Alex, great to have you back at 6AM and thanks for taking the time. How are you?

Hey guys! Likewise, always a pleasure. I’m great, writing you from Argentina where I’m about to head to my label Form Music’s party. It’s going to take place in Cordoba, Lee Foss and Mathias Kaden are playing too … There’s going to be some serious dancefloor action!

Congratulations on the release of your latest EP Kronic on Kaluki Musik. We’re absolutely loving it! Can you tell us a bit more about the release and how it came about?

Thank you, it means a lot to me. So, Kronic was released quite recently on Kaluki Musik (January 18th) and it’s received a lot of good critics in the media. This is probably due to the fact people listening to it can feel how much of a good time I had working on it. It’s cut for the dancefloor, with lots of bouncy elements and fun kicks.

Do you adapt your sound at all, depending on what label you release music on?

Not really. The music I make is a snapshot of a very specific frame of mind, context, mood I was feeling at a certain time. Once the music’s completed, I start afterwards thinking about which label would be most compatible. This is what happened, for example, with Hot Creations. I had wanted to work with a vocalist for a long time, and felt like doing something more House, mellower. So I did precisely that and sent some tracks to Jamie (Jones) who liked what he heard. The result was my album, “Love Somebody” (Hot Creations / 2015).

You’re just about to release a special vinyl-only package on your FORM Music imprint, called Reformers Volume 2. When was the first installment and what’s the concept behind this series?

Yes, the Reformers Vol. 2 Various Artists compilation was out in January. It’s an exclusive, vinyl-only package featuring four of the heaviest cuts released on my label FORM Music over the course of 2018. There’s my track ‘Bowo’, UMEK’s ‘Quest Chain’, Set About co-founder Metodi Hristov did a fantastic remix of Apollo 84’s ‘Mantis’, and the last track is French trailblaze rThe Reactivitz’s bomb, ‘Seth’.

The first installment, Reformers Various Artists, was released in 2017. The concept is very simply to pick the coolest tracks released during the year; doesn’t matter who the artist is or how popular he or she is. It’s all about the music.

Vinyl sales are consistently up year on year. Do you collect a lot of vinyl yourself?

Hundreds, thousands even! They were taking up so much space in my house I had to move them to the basement! I’ve got all sorts of music, from jazz music to hip-hop to hardcore techno.

What’s next up on the label in terms of new music?

We’ve got another amazing EP ‘Racing The Moon’, coming up February 8th, by talented French up-and-comer Karden. One of his tracks, ‘Elara’, was featured on Form Music’s 2018 Fall Sampler back in November. We liked his music so much we asked him for more. Many releases and surprises will be announced during the year, so stay tuned!

Do you prefer to release music from up and coming talent or more established artists?

Both. Form Music’s essential goal is to release good music, period. Doesn’t matter if it’s Julian Jeweil or lesser-known 20-year-olds: we dig it, we release it!

What are 5 records that you’re always playing out at the moment?

Finally, what do you have lined up for 2019? Anything cool you can share with us?

More releases! I have a new EP coming soon on Paco Osuna’s label “Mindshake”. I’m also working on new material… I can’t tell you more for now. Also, there will be many new Form Music showcases as well, taking place in South America, France, England, and more that will be announced throughout the year.