In Interview with Oliver Koletzki: Long Live the Instrumental Revolution 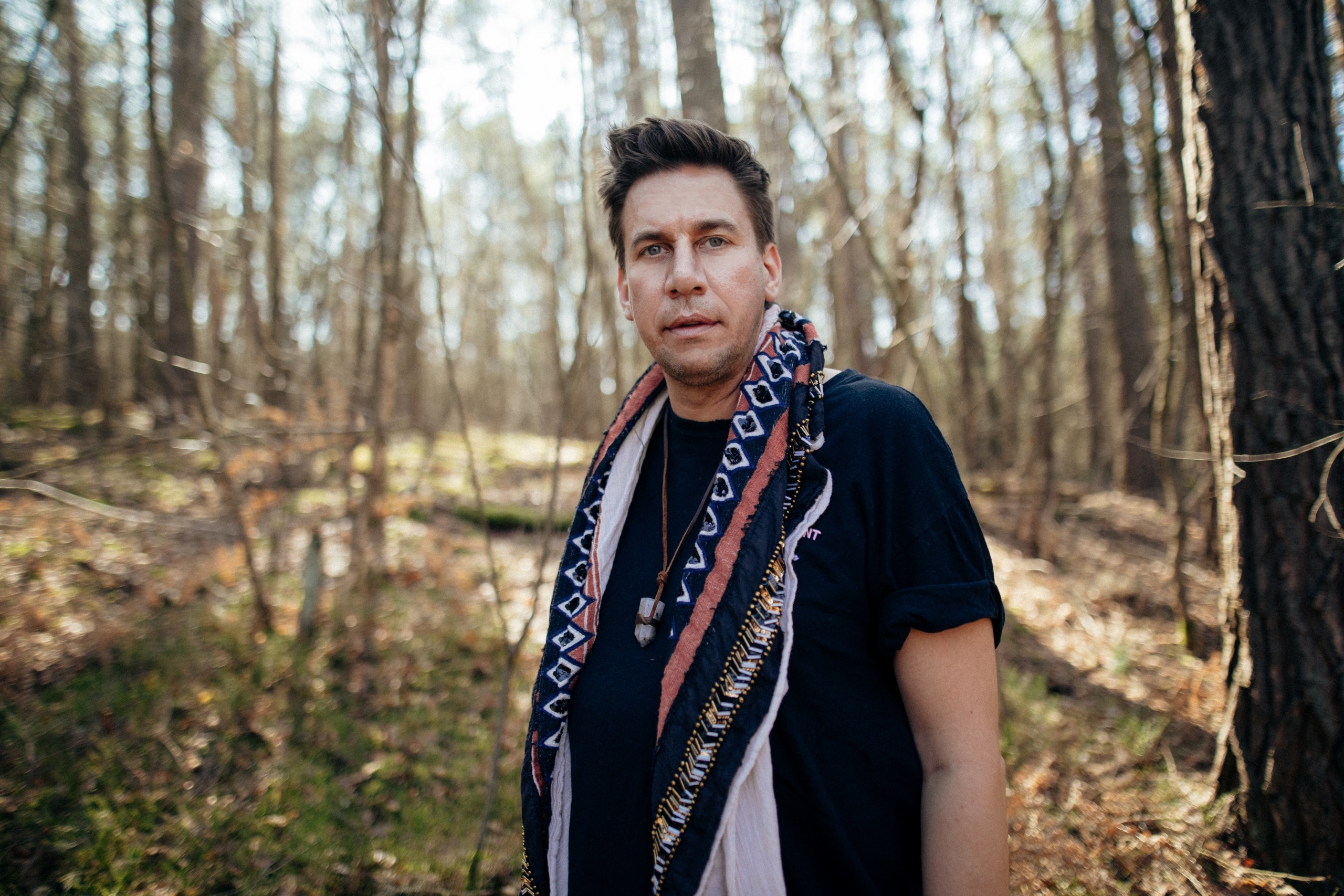 In Interview with Oliver Koletzki: Long Live the Instrumental Revolution

Not many DJs would ever think of traditional, wooden instruments as an influence for creating dance music, yet Oliver Koletzki is one of those few. His newest work, ‘Made of Wood’, is not only the conclusion of a trilogy of albums that began with ‘The Arc Of Tension,’ but also paves the way to a new path of musical exploration.

Koletzki has always enjoyed sonic exploration; it’s what’s kept him inspired throughout his 20-year career, both as an artist and owner of his now-legendary label Stil vor Talent. The progression toward a more organic and instrumental form of dance music feels like a natural next step in his career, given his past of hybrid experimentation in the dance genre. First inklings of this came over half a decade ago, when he and Niko Schwind created a live performance together. Koletzki also adapted his music to score, playing some of his biggest hits alongside the Frankfurt Orchestra. Thus, the work with live musicians and acoustic instruments to create the backbone of ‘Made Of Wood’ marks a sensible next step in these endeavors.

Not to mention, spiritualism also had a fair influence in the new Oliver Koletzki. Having become increasingly involved with Burning Man and the culture around it, the producer soon felt aligned with the more downtempo, lush music played at these events as well. It was in fact during a sabbatical in Tulum, where he spent time learning more about the native culture in the area, that ‘Made To Wood’ was first sparked in his subconscious. He also began his second label, A Tribe Called Kotori, in 2019.

Armed with this new sound and prepared for the gradual reopening of the world’s club scene, Koletzki gives us the inside scoop on his album, spirituality, and growth.

Oliver Koletzki · Made of Wood

Congratulations on the upcoming album! The concept of ‘wood’ is interesting; what is it about this medium that really resonated with you when it came to the writing process, and how has working with classic, wooden instruments influenced/affected your music-making process moving forward?

The album name came relatively late. At some point I had listened to all the sketches and thought, “Wow, the songs have become really organic—so many natural instruments and hardly any synthesizers.” After that, I named the album ‘Made of Wood.’ The work with African or oriental wood instruments fits very well to downtempo music and transports the listener automatically to the respective geographical locations.

Much of the album also came from the efforts of live musicians; this is something fairly new for you as well, correct? What have you learned during this collaboration process, and do you see yourself exploring the hybrid electronic/live production concept even further in future music?

I had written all the melodies and percussion parts as usual with samples and software synthesizers. As good as technology is nowadays, however, it always sounds a bit too straight and mechanical. With ‘Made Of Wood,’ I wanted it to sound like a band was playing, so I had many tracks replayed by real musicians. That was very inspiring and the musicians often added little things I would never have thought of. And yes, I think I will continue to do that for future productions.

Shifting gears to your dabbling in spirituality…can you tell us about a profound lesson you’ve learned during spiritual practice, and how it’s changed your life since? What philosophies do you feel most aligned with in general and why?

I wouldn’t consider myself a very spiritual person. I do yoga and meditation every now and then. Slowing down through the pandemic helped me a lot to understand myself and the world better, but I wouldn’t say that it made me more spiritual. To be honest, I feel the most spirituality when I take psychedelic drugs.

On that note, Tulum, a place considered by many to be a spiritual mecca of some sort, lent a big hand in ‘Made Of Wood’s’ creation. Can you dive deeper into how your experiences there tie into the greater album story?

Yes, that’s right, Tulum has a very big yoga and meditation scene. At the same time, it is also a place of consumption and VIP tables; a city full of contradictions. I was most inspired by the flora and fauna: the jungle, the sea, the cenotes, the many animals, the starry sky, the remaining dropout hippies. 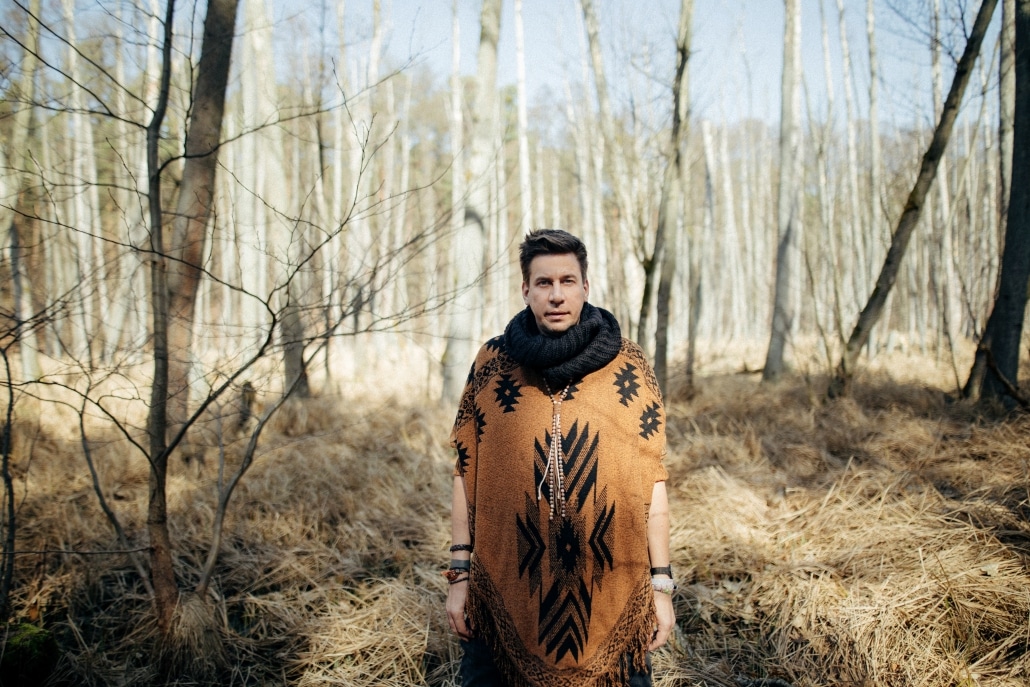 Tulum is also a place that has seen a lot of “gentrification” (for lack of a better term) of late, with a lot of people from around the world setting up shop in the region and even building apartment complexes for expats. Do you think that all of this recent interest in the region dilutes its ethos and energy? And what can we do as travelers to honor the original culture and customs of this region rather than overtaking it with Westernized ideas, and even displacing local residents?

That’s a very good question. For one thing, we have to hope that the building boom ends soon and they don’t put McDonald’s and Hilton hotels on the beach. I think Tulum has learned from the mistakes of Cancun and Playa del Carmen. Tourists should follow simple things like using bicycles instead of rental cars to get around, not taking disposable plastic to the beach. Mayan sites and pyramids should not be turned into amusement parks.

Pivoting to your long journey as a producer; your music and label have seen quite the evolution, with you having switched from techno/house into more downtempo sonics. Can you speak to the art of taking risks sonically, and how to do it successfully? What is your advice to other artists who feel the time has come to switch up their sound but are afraid to do so?

I think you just can’t lose your trademark sound, even when you change musical genres. No matter whether I did techno, house, downtempo or electronic pop music, you could always recognize the “Koletzki” sound. I am very grateful to my listeners that they have gone through all these changes in music genres and have even given me feedback that they are grateful that I have shown them a new world. For me personally, it is simply too boring to write the same music for 20 years. So, dear producers: just dare!

With your stylistic change being reflected in your new label A Tribe Called Kotori, where do you see yourself taking Stil Vor Talent in the coming years?

Of course, it is important to keep the two labels musically separate from each other. That’s my job as an A&R. Stil vor Talent has always been diversified, but will continue to focus on melodic techno and electronica. A Tribe Called Kotori is dedicated to organic house and downtempo.

You’re one of what seems like a minority of bigger DJs who never played any plague raves during the height of the pandemic. What are your thoughts on your peers cheating the system in some cases and playing in particularly impacted areas like Zanzibar, Goa, and even your beloved Tulum? Do you think there should be some sort of wider reckoning in the dance music scene about this type of activity?

It’s really not okay what some DJ colleagues have done there. With small resident DJs who need the money to survive, I might have understood it, but not with the super-rich artists who are probably already millionaires. I think many just needed the stage presence for their ego. The portal ‘business teshno‘ has tried to do a lot to enlighten others on the issue, but unfortunately it’s also extremely difficult to go against the power of the big magazines and ticket platforms. But I think some fans are so disappointed by the behavior of their idol that they will not come to their next performance.

What have you learned throughout the past year about adapting as an artist? Do you think there have been any permanent changes in the industry as a result of the prolonged shutdown?

I hope so! We should learn from our mistakes. We should care for more diversity when it comes to signing artists to record labels, line ups, and when hiring people in the music industry in general. We should keep clubs and festivals plastic-free and focus more on sustainability in events and touring. DJs should stop playing pre-recorded sets. The guests should leave the phones at home or in their pockets.

I’ve been working on a new live set for some months now and it’s almost done. I started to play live again three years ago but exclusively in the Planetarium in Berlin for 300 people sitting in the dark watching the stars. That was amazing and really fulfilling. Now I developed this live act with the new album to bring it on stage underneath real stars. That’s super exciting. I’m doing the live act together with our Stil vor Talent sound engineer Stefan Thomas, who plays guitar and the Moog synthesizers. I will be playing piano and all the lead sounds of the songs live on synthesizers. I hope the pandemic will let us play some shows this year.