In Interview with Nur Jaber: From Lebanon To The Rest of the World, One Dystopian Track at a Time 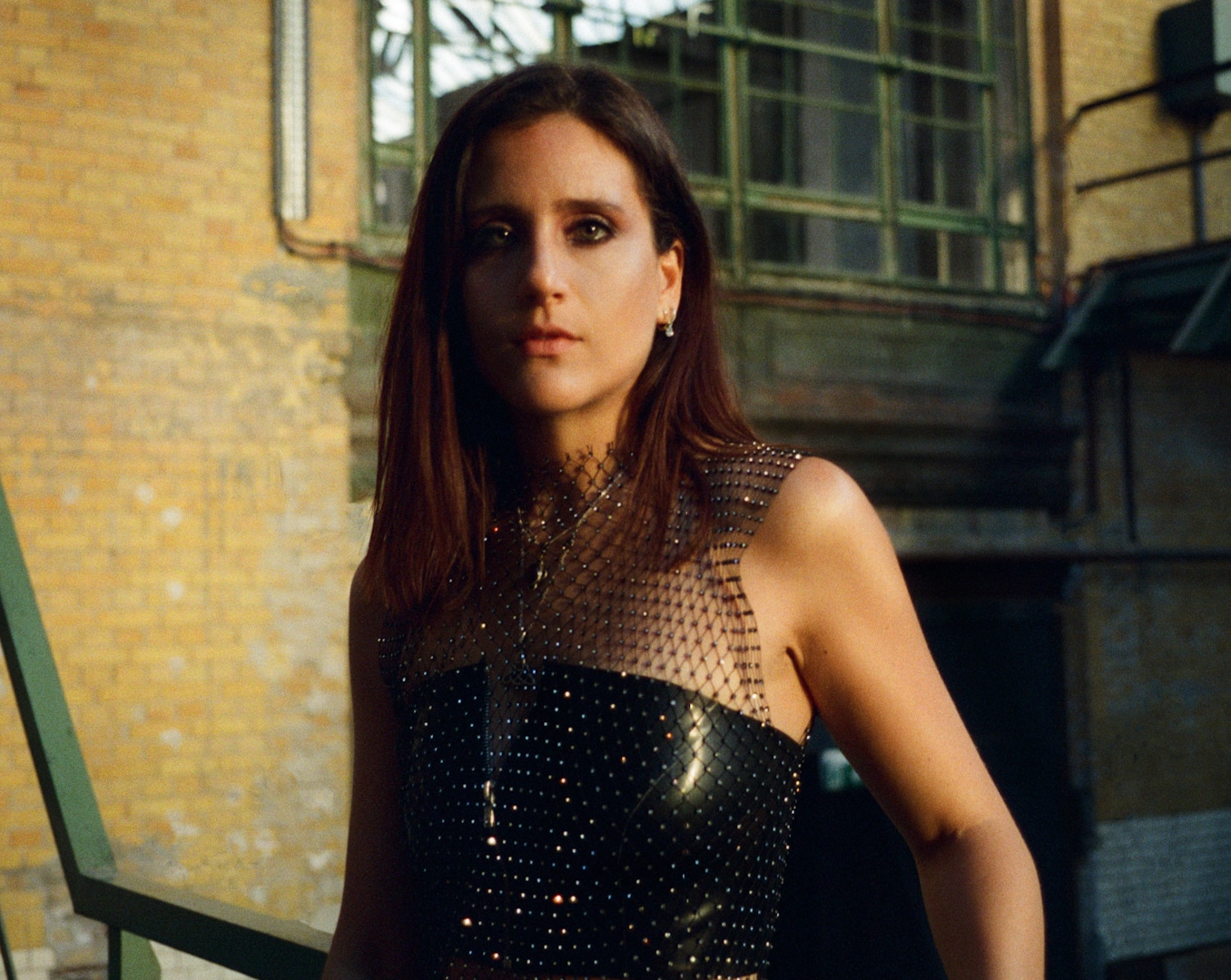 In Interview with Nur Jaber: From Lebanon To The Rest of the World, One Dystopian Track at a Time

Born into a musical family, Nur Jaber had a love for playing the piano and drums throughout her childhood. Embracing these strong musical roots, it was only natural that in 2010 following a move to Berlin, she found herself becoming immersed in the house and techno scene that the magical city has to offer. Nur ’s beautiful yet troubled homeland of Beirut, Lebanon has served as an ongoing inspiration for her creativity – Her depth of emotional investment in her art is immediately apparent in her distinctive and trademark production sound, which often includes her own vocals – a shining example that art which reflects personal experiences is one of the most sincere ways of communicating with people.

Summers spent at Boston’s Berklee College of Music allowed Nur Jaber to gain a plethora of valuable experiences and musical knowledge, and the enhanced ability to translate her feelings into music – it was here that her love of electronic music first really started to take hold. In her own words, Nur is on a journey to “communicate in the language of music.” There are few dancefloors in the world that afford a DJ the opportunity to do this in the same way that Berghain does. Nur’s powerful ability to tell a story through music and interact with the crowd was highlighted when she played an 1 1 hour marathon set there in November 2019, remaining a regular performer at the legendary club ever since. The re-opening of the global scene in 2022 saw Nur Jaber carry on with the strong trajectory that she left on, playing her fifth Boiler Room set, having also headlined for the prestigious platform in the USA. Add to this the raft of landmark performances she has had with the likes of Tomorrowland, Possession, Awakenings ADE, Glitch Festival , amongst many others – her dedication to her craft and popularity with fans continue to be internationally recognised.

Nur’s productions and DJ performances have an understanding of time, place and mood, and bring the crowd on the journey with her from the first till the last record. Her releases have found a home on her label, On S’en Fout “OSF” (Translated: We don’t care) but also on Ellen Allien’s infamous BPitch Control, and has delivered music for Amelie Lens’ ‘Fabric Presents’ album – as well as flexing her creative diversity with exclusive content for Adult Swim and Netflix – all this in addition to releases on her secondary label, ‘If Only’ which features film score-esque music.

Her latest work is a collaboration with Luca Eck, which has seen them team up for a dystopian techno one track EP, ‘Fall to Pieces’ on her own label, OSF. Never one to rest on her laurels, and with a strong desire to keep evolving – it is an exciting time for both promoters and audiences alike to be a part of what is next for Nur Jaber.

Title track ‘Fall to Pieces’ kicks off with yearning vocals that swirl and ring out into the distance, right before the introduction of a rounded, booming kick drum. Eerie pads mist under the kick whilst ascending keys are blended in – a classic Luca Eck touch. Hurried percussion builds on the intensity while the sample gets louder, coming to the forefront with razor synths that slice through the weight of the kick drum. A rhythmic siren wails out but bends right before crescendo, creating a deep groove within the track and pathway for the celestial vocal to ring out. A minor breakdown lets the voice pierce through, stripping back all elements before injecting the kick and Nur’s signature vocals once again. The synergy between the hard and soft elements is flawless, generating a driving track edged within a dystopian world.

Hi Nour, how are you and where are you these days?

Hellooo, I’ve been good! Well I’ve been basically living in airports… I was just telling my mom that all I need is a bed there (laughs)
I’ve been based back in Berlin since a few months now. Came back here after my LA adventure. I wanted to be settled, so I could rebuild momentum in the studio.

How have things been since we hung out in Los Angeles at the beginning of the year? It seems like you’ve been busy!

Once I got back from Colombia, after LA, everything surprisingly opened up and gigs just started coming in. It was crazy to move so quickly from no gigs, to having the calendars full again! The time away from Europe, really gave me something special.

On weekends I’ve been mostly traveling for shows and during the week keeping focused in the studio. It’s been tricky to juggle between both but I’ve managed to intentionally take some weekends off to recharge and give priority to studio time.

I just got to hear your EP on OSF with Luca Eck, and really liking it! Luca is a very young producer who I know you yourself discovered fairly recently. How did that come about?

Ahhh I love Luca. Getting to know each other was honestly one of the best things that happened during the pandemic. He once sent me a DM in 2019 asking for my track ‘until I collapse’ and then I went through his music and was like ‘ok wow, there’s something here that is resonating with me’ I felt we both write music that tells a story. So i asked him if he had some music to send for the VA I was working on;
‘Planet OSF Series I’ and he sent me the perfect track.

What struck you as special about Luca’s skills as a producer?

His tracks are super emotional, which is something I really look for in music. His ability to tell a story with the way he writes music is very special.

During the pandemic we decided to sit together in my home studio and work on an EP. The track ‘Fall to Pieces’ was created instantly on day one. I remember both of us being soooo exhausted, that we had to take 1 or 2 days off before we met again. We were both literally in bed drained from the energy that came out of us from that session (laughs).

You know when you sit with someone in a room, and instantly feel that there is something that needs to be said? Like there is a greater force… and that force is in control… and you have no choice but to transmit the message! For us the message was transmitted through music and “Fall to Pieces” and “Fatima’s Prayer” were born. My Grandma visited me in my dreams that week, and her name was Fatima, hence how the name came about!

The collaboration just flowed. I would add hi-hats there, he would add a kick here, and vice versa. We both would be jamming on different synths, each of us with their laptops and headphones. He had the OBI, which is insane. I had the Nord.

While he would be doing some edits, I would be in the next room recording vocals. It just happened naturally. Then when I went to LA, Mexico and Colombia, we would send things back and forth, until it was ready!

The EP is described as “dystopian techno” – what inspired it and what do you think the term “dystopian” refers to here?

The pandemic, the wars, the violence, the lack of human connection and touch and the uncertainty of what was going to happen next in the world, inspired this release. The entire world was crashing and it literally felt like it was all falling to pieces. Knowing that Luca and I are quite sensitive people, we absorb a lot of what is happening around, and I think we just needed some sort of escape to let things out, so we did that through making music together.

You’ve played some incredible gigs this year, from Berghain to Boiler Room and of course Tomorrowland. Which have been your favorites and why?

Uff hard to pick a fav! They were all special. I was really happy to be back in Berghain, especially for the show in May, the room, the lights… everything. The ravers allowed me to play my favourite set ever.

Tomorrowland was another level too, I remember being behind the decks, trying to wake myself up from a dream or something, it was my biggest stage yet; the Exhale stage was really incredible. Tomorrowland is like a Disneyland for adults though, love it (laughs).

Boiler Room has been epic too – super grateful to have gotten 3 chances to play 3 different sets. Warsaw, Boston and Budapest. I really liked Warsaw’s energy, it was nice and intimate, and the set I played for that Boiler Room was my fav in terms of track selection, flow and energy.

What other releases do you have planned for the rest of the year or early 2023?

Just finished a track with Amstra, which will be released as a single this year and part of the the next VA, ‘PLANET OSF SERIES II’ which I am working on for next year. Just handed in a remix for Cora novoa. and finishing up a collab with the legend Marco Bailey!

Really just keeping focused in the studio at the moment whenever I’m not touring. 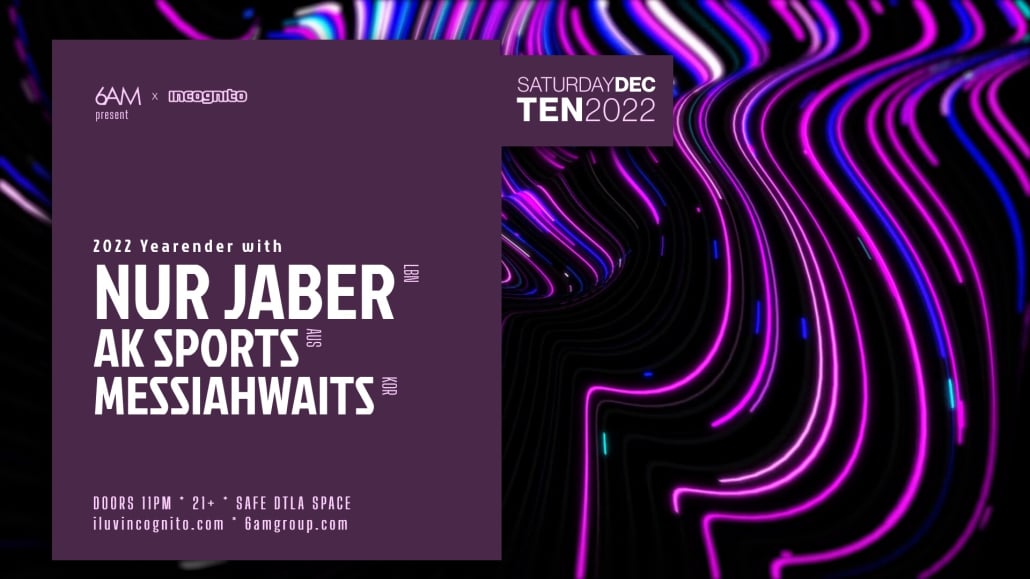 How was your tour in the States late last year? What did you like about the parties you played and the cities you visited?

I really enjoyed every show! LA surprised me, in a good way!! The COMPOUND warehouse I played in LA for new years was soooooo good, felt like being in Berlin :)
Every time I step into the US I get this interesting feeling like ‘I am in the right place at the right time’.

People are super cool, love the fashion, love the vibe at the parties, very welcoming. The sound in booth and on dancefloor has been great in all shows and of course let’s not begin with how much I loved the coffee scene in LA, Boston and NY, I think I visited like 20 different spots in less than a month (laughs).

And you’ve just got back to Europe after being back in the States again this year… how was that?

I actually started answering this interview on the flight to Miami! I played for Domicile in Miami, and I was curious before hand about how the vibe would be – and it was a cool party! Loved the promoters, they’re pushing the boundaries over there. On the Saturday I went back to Basement, NY. And I had a special experience yet again! The vibe was fire, and after my set I danced until the end! It’s really nice to see the underground scene thriving in the USA.

I’m not done there though, (laughs). I’m also back in LA in December and then to San Diego!